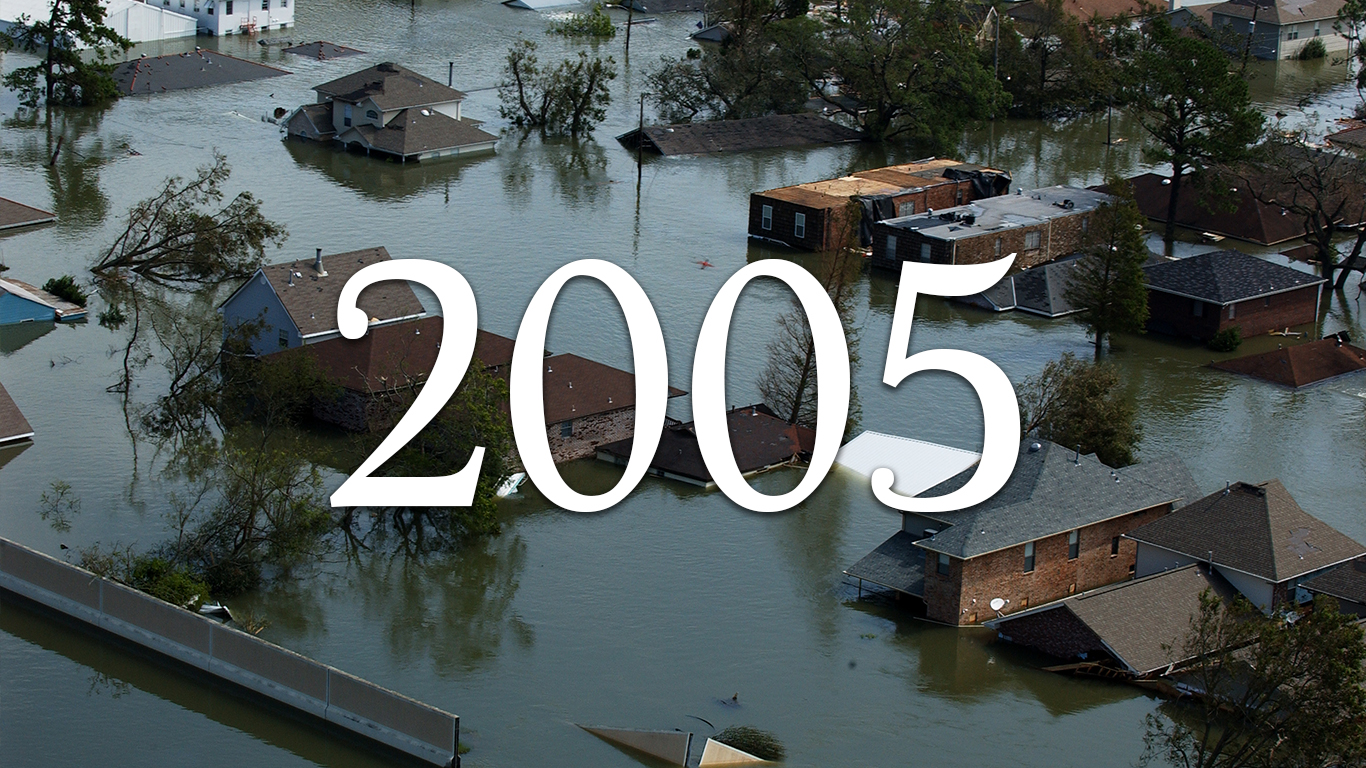 In May, “Big Short” fund manager Michael Burry executed his first tranche of U.S. subprime-mortgage deals, purchasing six credit default swaps from Deutsche Bank for $60 million. The deals were one of the first red flags raised in the coming U.S. subprime mortgage storm rooted in poor government oversight of the subprime mortgages and the derivatives traded on this toxic debt. Meanwhile, a real storm — Hurricane Katrina — struck the Gulf Coast, eliciting deep public criticisms about local, state, and federal responses to the disaster. 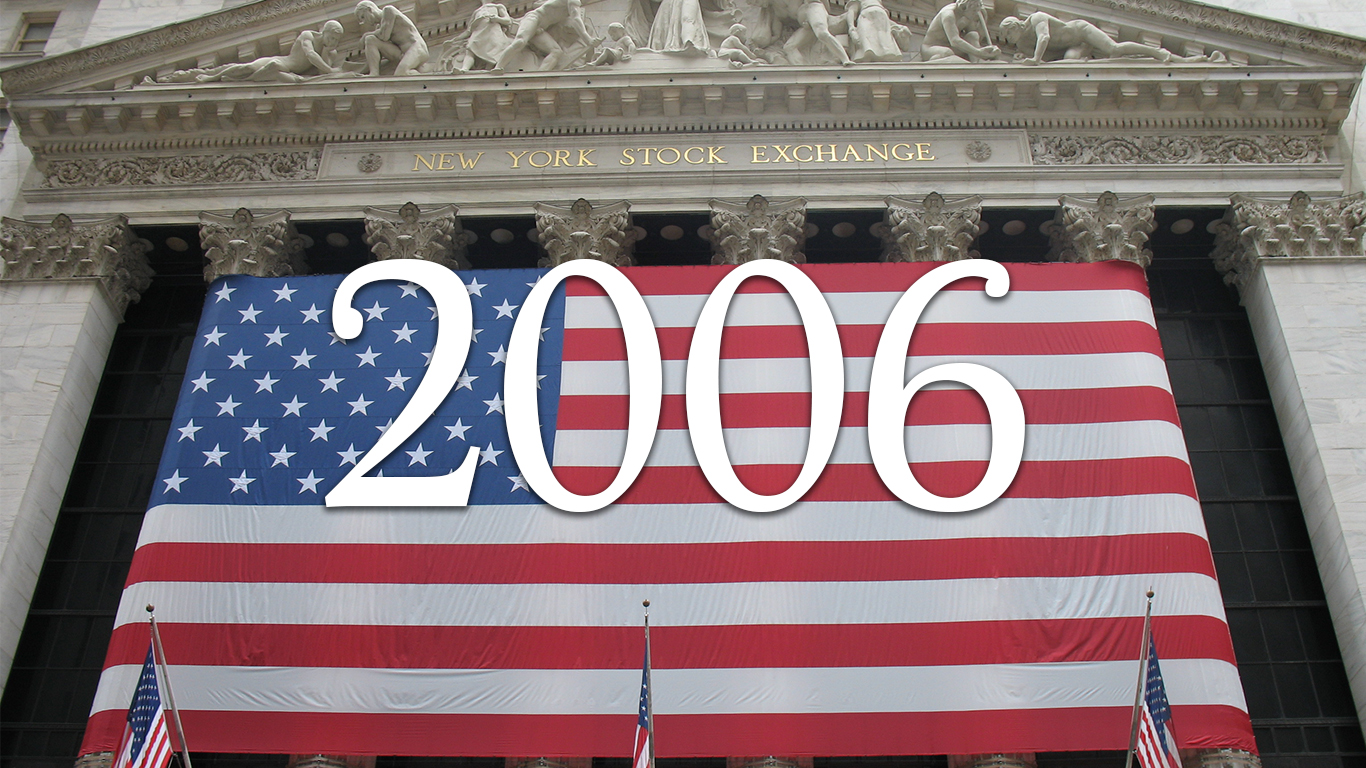 In May, President George Bush’s approval rating from Gallup fell to its lowest level up to that point, a decrease attributed to a series of high-profile issues, including his administration’s handling of the Hurricane Katrina disaster, the indictments of White House advisor Lewis “Scooter” Libbey and Texas Republican Tom DeLay, and the ongoing war in Iraq that many Americans felt was turning into a unwinnable and costly quagmire. 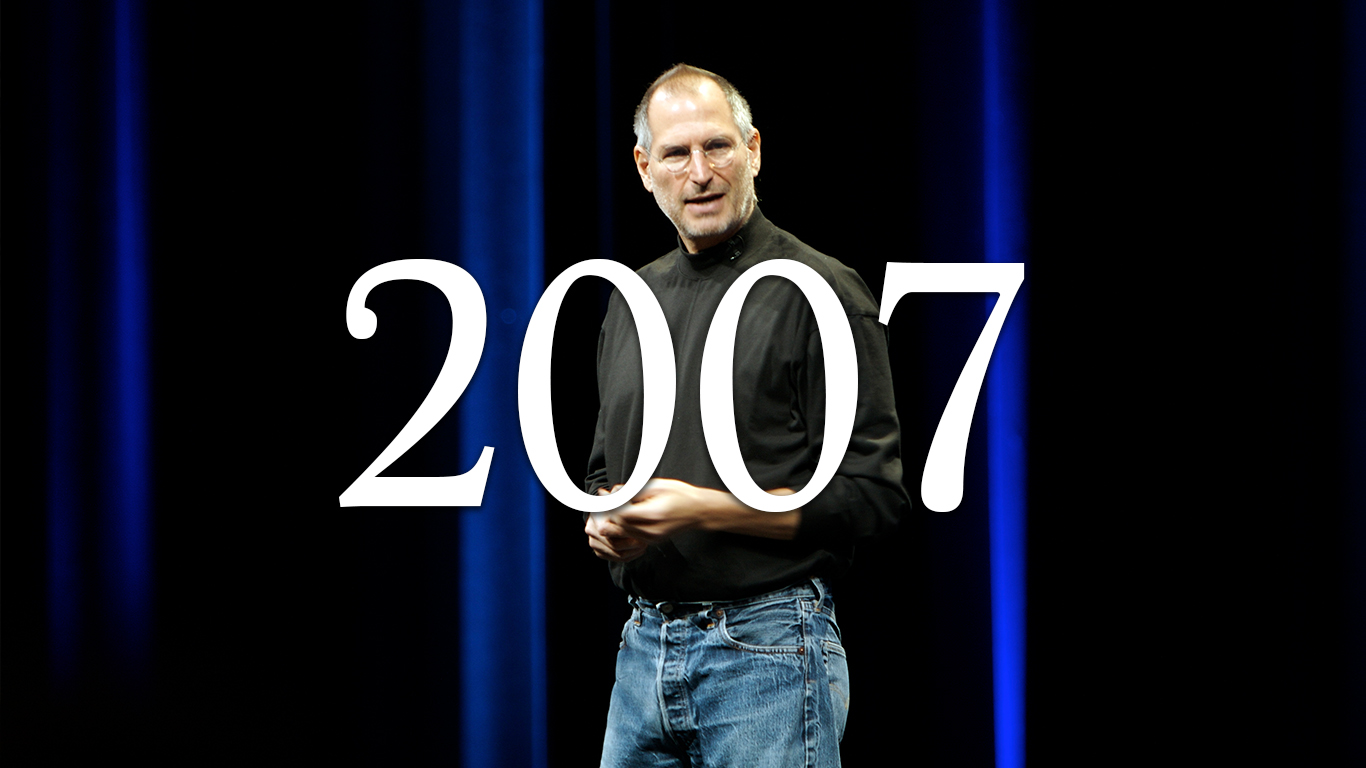 The year began with Rep. Nancy Pelosi becoming the first woman speaker of the House of Representatives, and in February, Senator Barack Obama announced his presidential candidacy. Thirty-two people were murdered in May in the Virginia Tech mass shooting by a mentally ill man who had legally purchased his firearms. The U.S. plunged into the Great Recession in December, less than two months after the Dow Jones Industrial Average hit an all-time high. 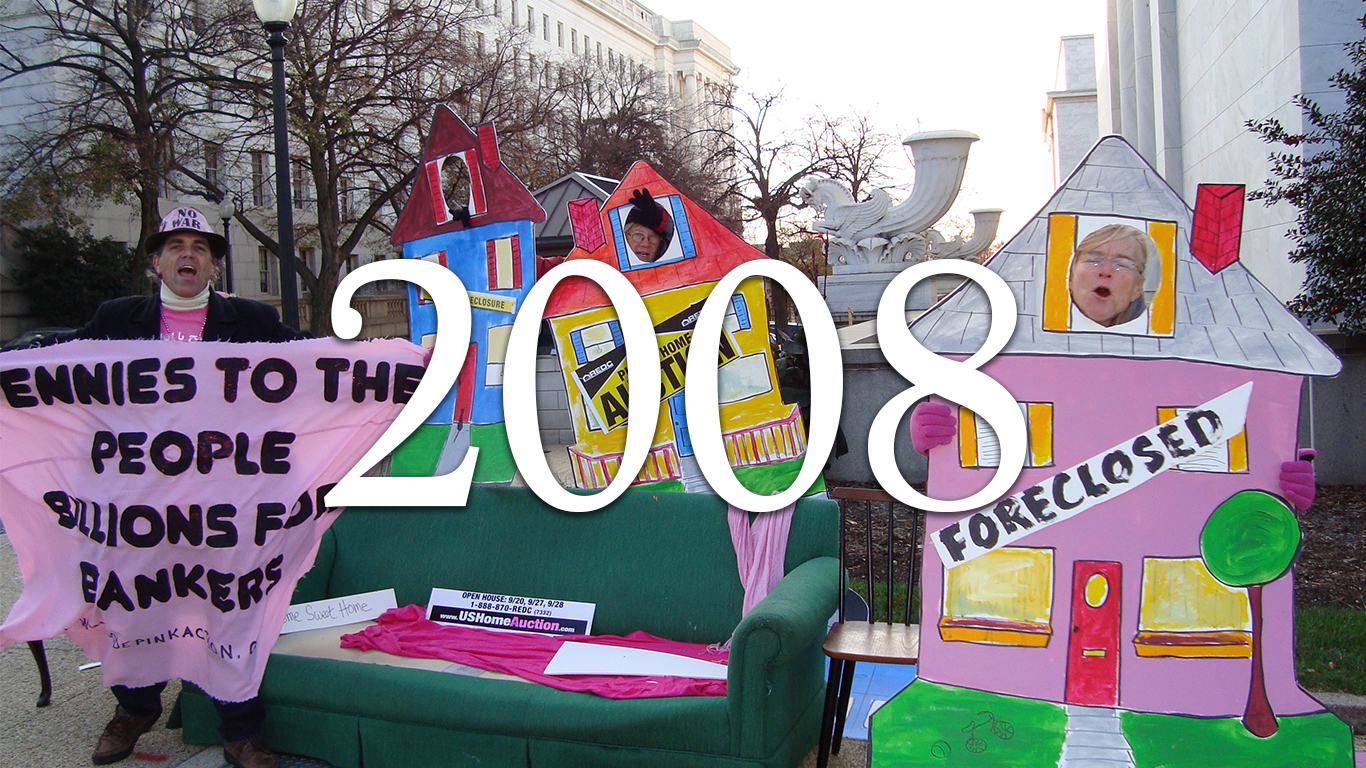 Stocks plummeted in January over the U.S. subprime mortgage meltdown. Markets plunged again in September as Lehman Brothers, the global financial services firm founded in the mid-1800s, declared bankruptcy due to its exposure in those mortgages. In October, President Bush signed the Emergency Economic Stabilization Act into law, allowing the federal government to purchase troubled bank assets. In November 2008, Barack Obama was elected as the first black U.S. president, beating rival John McCain with a popular vote lead of more than 9.5 million. 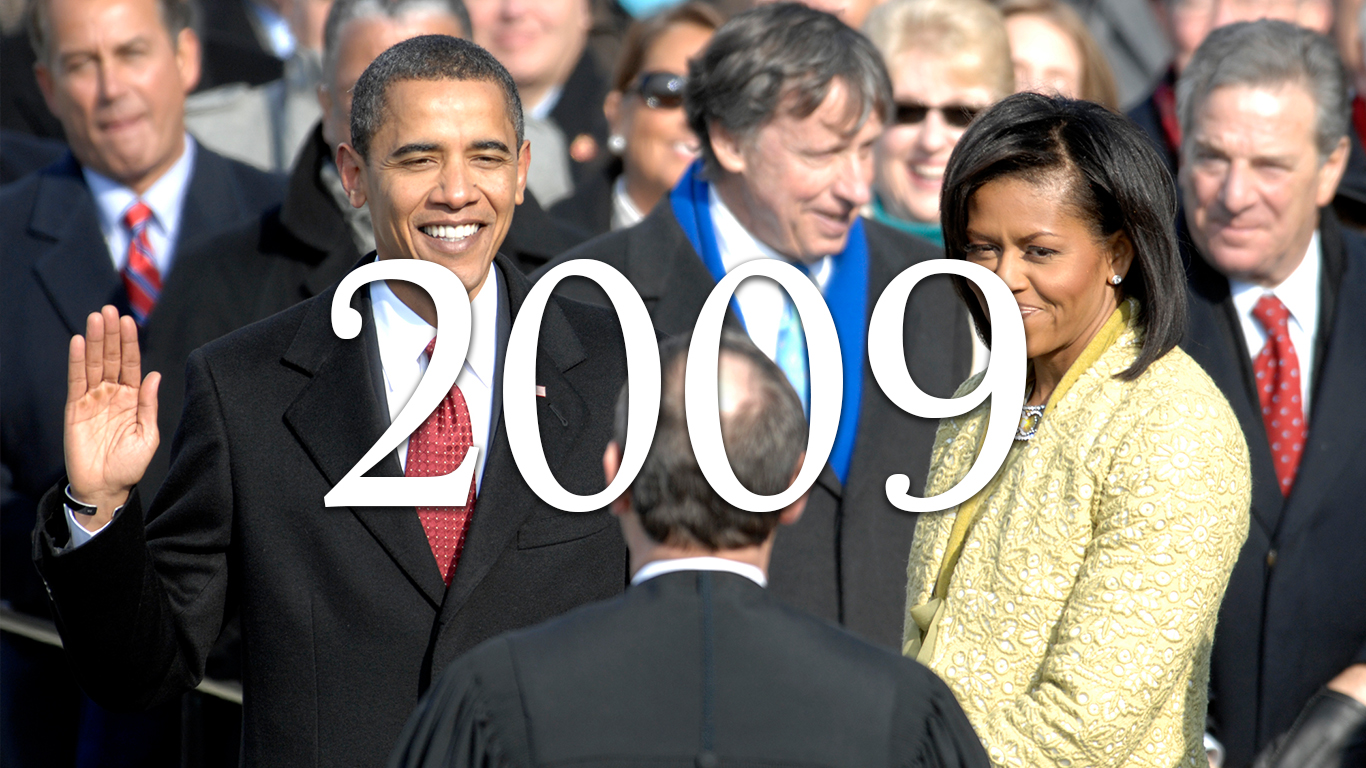 Barack Obama was sworn in as the 44th U.S. president in January, 14 months into the Great Recession. The worst economic contraction since the Great Depression officially ended in June of the year, but job losses continued to mount, pushing the unemployment rate to 10% by October. It took more than four years for the U.S. to recover the 8.6 million jobs it lost during the crisis.