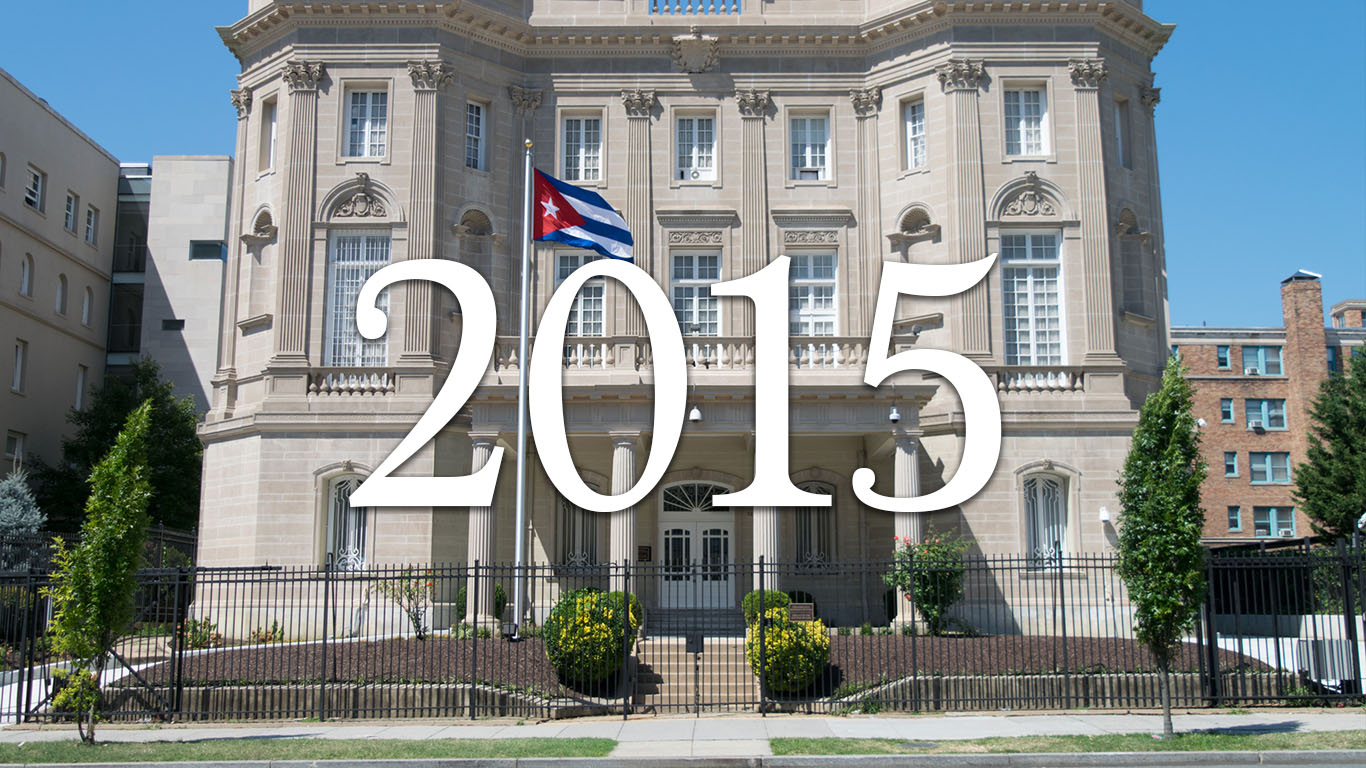 The 114th Congress convened in January after Republicans took control of the Senate and won the largest majority in the House since before the Great Depression. Voter turnout in the 2014 midterms was the lowest in 70 years. In June, businessman and media personality Donald Trump announced his run to become the Republican nominee for the 2016 presidential election. 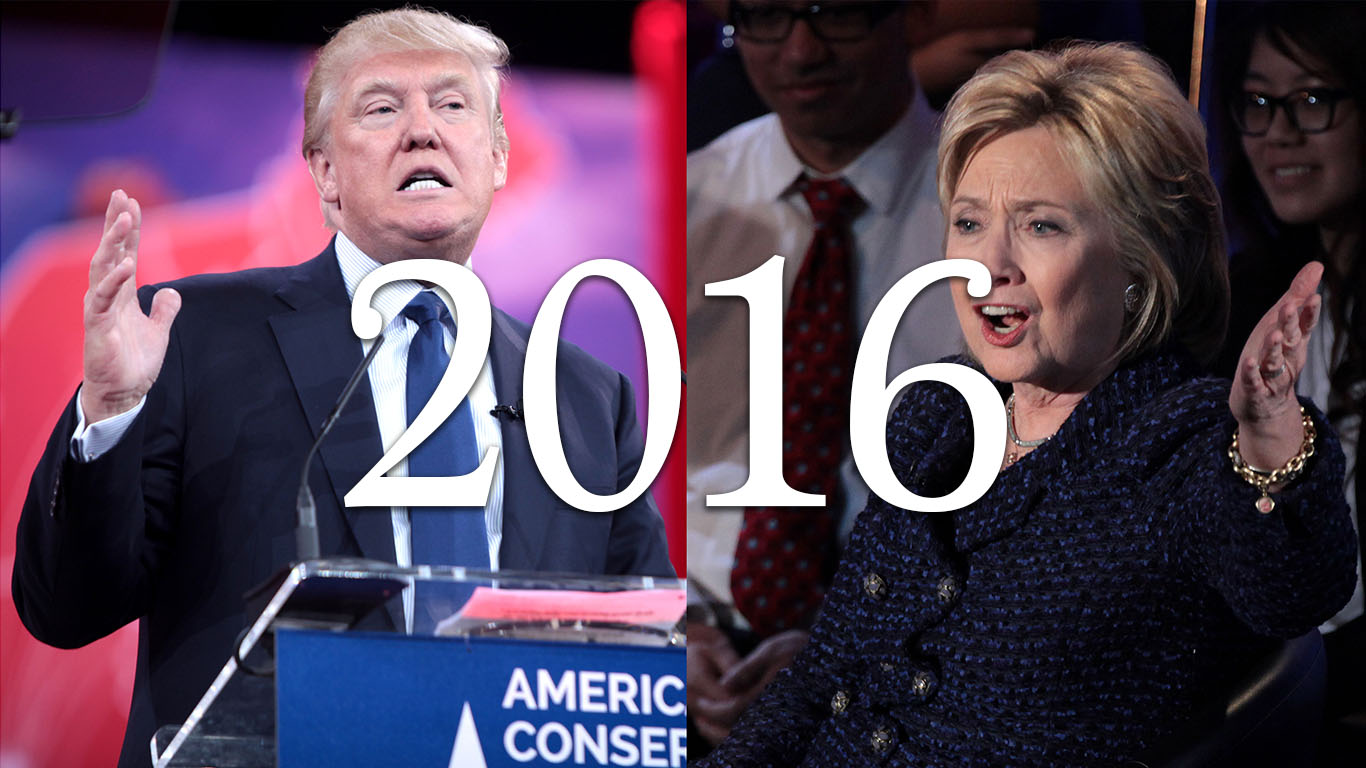 President Obama nominated Merrick Garland to replace Antonin Scalia, who died in February, on the Supreme Court, but the move was blocked by Senate Majority Leader Mitch McConnell and fellow Republicans. In March, Obama became the first U.S. president to visit Cuba since 1928. In November, Donald Trump became the second president since the 19th century (after George W. Bush) to win an election without winning the popular vote, falling nearly 2.9 million votes shy of his challenger, Hillary Clinton.

24/7 Wall St.
Industries With the Most Job Openings 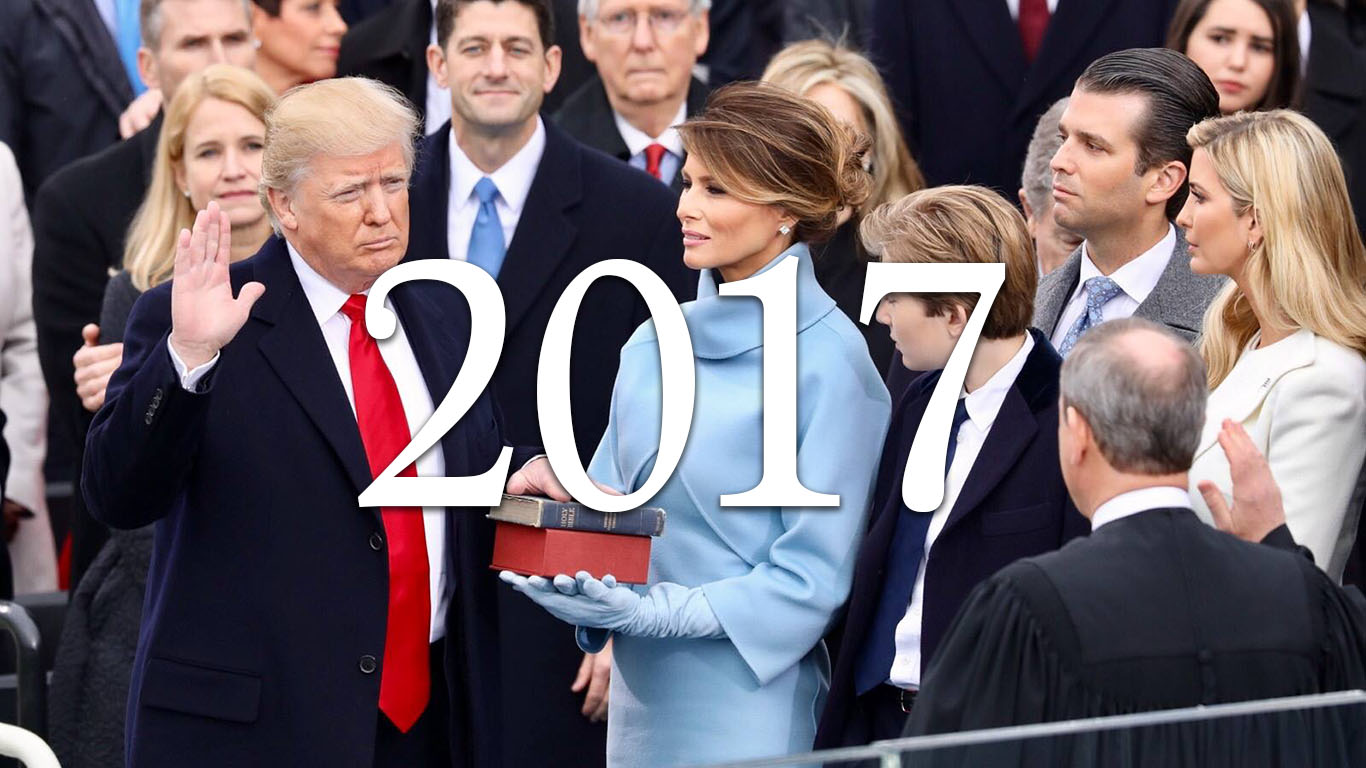 Donald Trump’s first acts as president included executive orders to freeze hiring of non-military federal employees, stop all new research at the Environmental Protection Agency, divert Department of Homeland Security funds toward expanding the border wall with Mexico, and expedite the deportation of unauthorized immigrants. With a Republican federal trifecta, the GOP passed a massive raft of tax cuts in December, including a reduction of the corporate tax rate to 21% from 35%. Filers earning annual incomes of more than $500,000 benefitted the most from the cuts. 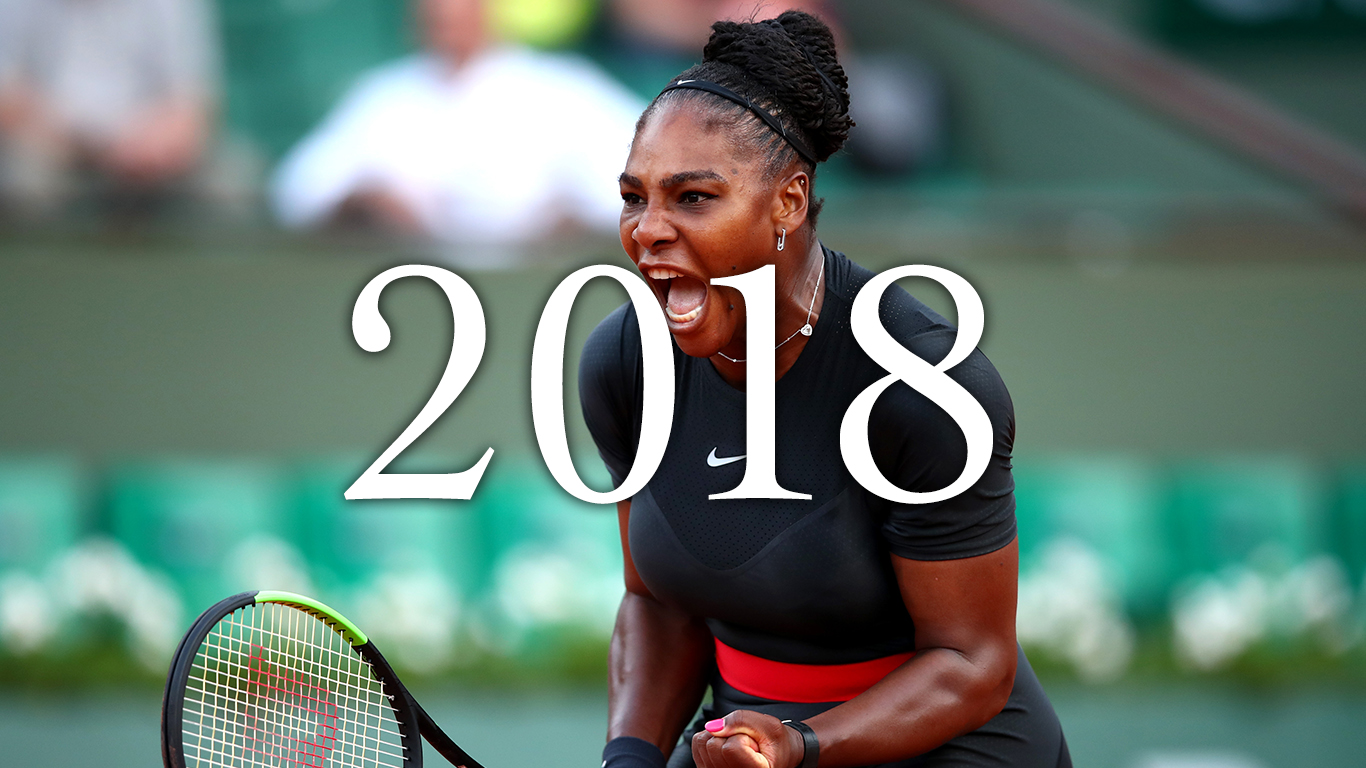 Stephanie Clifford, aka Stormy Daniels, alleged in March that she had had sexual relations with Donald Trump in 2006 and was paid $130,000 in return for a nondisclosure agreement. Trump’s attorney Michael Cohen later testified to Congress that he was tasked with paying hush money to Daniels ahead of the 2016 presidential election. Another of Trump’s alleged sexual partners, former Playboy model Karen McDougal, was said to have been paid off by the parent company of the National Enquirer to keep her story from the public, in order to protect the president’s reputation. 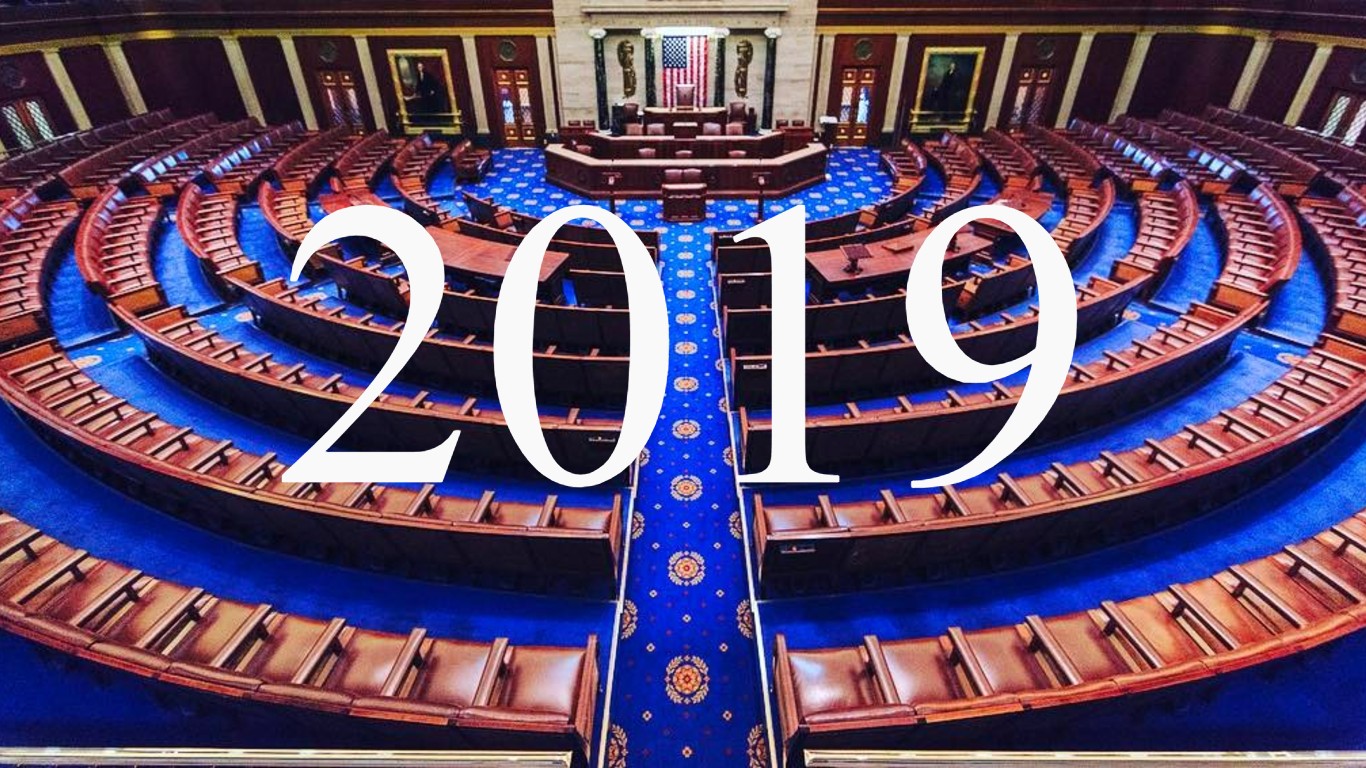 Source: United States House of Representatives or Office of the Speaker of the House, Public domain, via Wikimedia Commons

The 116th U.S. Congress convened after the Democrats regained a majority in the House of Representatives with a net gain of 41 seats, ending the Republican federal trifecta established in the 2016 elections. The GOP gained two Senate seats and held its majority. In April, former vice-president Joe Biden announced his candidacy for the 2020 presidential election.