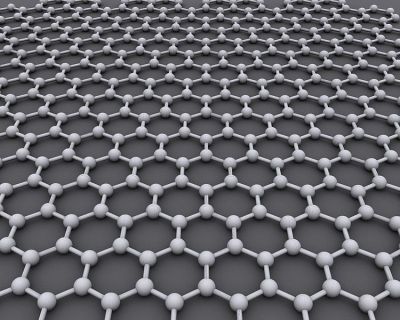 Source: Wikimedia Commons
A team of researchers from Samsung Electronics and Sungkyunkwan University in Korea have succeeded in growing a single-crystal layer of graphene at a size that could lead to the manufacture of bendable phones, tablets and wearable devices. The breakthrough is the size of crystal produced.

Graphene can be simply described as a single-atom-thick layer of graphite. It is very strong, light in weight, nearly transparent and an excellent conductor of both electricity and heat. Graphene loses many of its unique properties when hundreds of small crystals are grown and stitched together to make a large piece. The Samsung team has figured out a way to make a single wafer-scale size piece that retains all the special properties of graphene. The research has been published in Science magazine and in Science Express.

One of the researchers told the Hindustan Times:

This is one of the most significant breakthroughs in Graphene research in history. We expect this discovery to accelerate the commercialization of Graphene, which could unlock the next era of consumer electronic technology.

LG Electronics has already released a rigid curved smartphone, and Samsung has demonstrated a curved 4K TV screen. A graphene-based device, however, would be flexible, not rigid.

Whether or not a flexible smartphone or tablet would capture a wide swath of consumers is arguable, but there is little doubt that flexibility could be critical in the development of wearable technology that is now fairly limited in scope to exercise monitors.