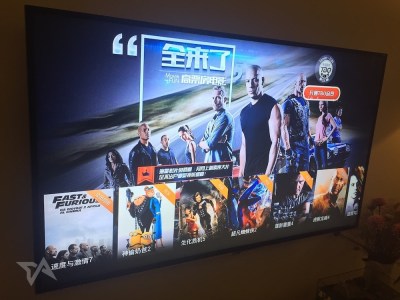 Source: Alibaba Group Holdings Ltd via TechinAsia.com
China’s e-commerce behemoth, Alibaba Group Holdings Ltd. (NYSE: BABA), announced Friday morning that it has made a non-binding proposal to acquire the nearly 72% of Chinese video streaming company Youku Tudou Inc. (NYSE: YOKU) it does not already own for $26.60 in cash per American depositary share (ADS), a premium of about 30% to Youku’s Thursday closing price. One ADS is equal to 18 ordinary shares, and the total offer is reportedly worth about $3.6 billion net of Youku’s cash on hand. Alibaba acquired just over 18% of the streaming video company’s shares in May of 2014.

We believe that the proposed transaction, with tighter integration of our resources, will help Youku achieve exciting growth in the years ahead by leveraging Alibaba’s assets in living-room entertainment, e-commerce, advertising and data analytics. Digital products, especially video, are just as important as physical goods in e-commerce, and Youku’s high-quality video content will be a core component of Alibaba’s digital product offering in the future.

In early September Alibaba rolled out a beta-version of a subscription video service it calls TBO, for Tmall Box Office. The service is part of the company’s smart TV operating system. The Youku acquisition adds a YouTube-like component to a subscription TV service, such as those offered in the United States by Netflix Inc. (NASDAQ: NFLX) and Amazon, among others.

But if imitation is the sincerest form of flattery, Alibaba’s proposed acquisition of Youku may squeeze the air out of Netflix’s hopes of launching its service in China. The company had hoped to launch in China by 2016, but in July Netflix CEO Reed Hastings admitted to having trouble getting government clearance and finding the required partners to operate in China. Even at that, Netflix had only planned a “modest” streaming subscription service in China.

Alibaba’s market cap is four times that of Netflix, and the Chinese firm reported more than $10 billion in cash at the end of the June quarter, nearly four times the $2.8 billion Netflix reported at the same time. And Alibaba is playing on its home field, a crucial advantage in China. Any plans Netflix may have had for China, modest or not, could just have evaporated.