It appears that Facebook CEO Mark Zuckerberg has made peace with the soon-to-be-released tracking transparency feature Apple Inc. (NASDAQ: AAPL) plans to roll out with its iOS 14.5 upgrade. Just six weeks ago, Zuckerberg called Apple Facebook’s “biggest competitor.” Now, he’s not so sure.

According to a report in CNBC, here’s what Zuckerberg had to say Thursday on Clubhouse:

It’s possible that we may even be in a stronger position if Apple’s changes encourage more businesses to conduct more commerce on our platforms by making it harder for them to use their data in order to find the customers that would want to use their products outside of our platforms.

What he appears to be saying is that Facebook and Instagram Shops stand to benefit significantly from Apple’s transparency feature because businesses will find that it’s easier to use the Shops rather than having to jump through Apple’s transparency hoops. If Facebook complies, then individual businesses can safely use the Shops without having either to meet Apple’s requirements or go mining for customers on their own. Time will tell, but Zuckerberg may be onto something. 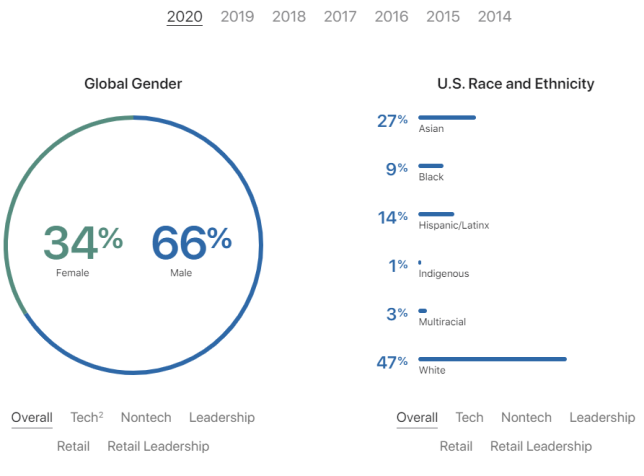 In conjunction with the company’s report, CEO Tim Cook published an op-ed piece in Friday’s Wall Street Journal calling for concerted action as the pandemic recedes “to ensure that what’s ahead is not just the end of a disease but a durable and hopeful future for all who sacrificed and endured during this unprecedented time.”

The impact of the pandemic hit those Americans hardest “for whom true equity has always been farthest from reach.” Cook concludes, “If this pandemic has taught us anything, I hope it’s that none of us can use injustice’s long history as an excuse not to act.”