What's Up With Apple: First to $3 Trillion, Chip Factory Fire and More

Apple Inc. (NASDAQ: AAPL) became the first U.S.-traded company to hit a $1 trillion market value back in August of 2019. A year later, the company’s market cap reached $2 trillion. The next target is $3 trillion, but Apple has at least one challenger in the race to that mark.

The challenger is Tesla Inc. (NASDAQ: TSLA), at least according to Cathie Wood’s Ark Invest latest price target for the electric vehicle (EV) maker. Last week, Ark Invest analyst Tasha Keeney put a 2025 price target of $3,000 per share on Tesla’s stock, with a market cap of $3 trillion based on a simulation that includes an assumption that the carmaker introduces a robotaxi service that generates nearly half the company’s revenue and fully half of its market cap. The assumed robotaxi business implies that Tesla achieves fully autonomous driving within five years, a development Keeney gives a 50% probability of happening. 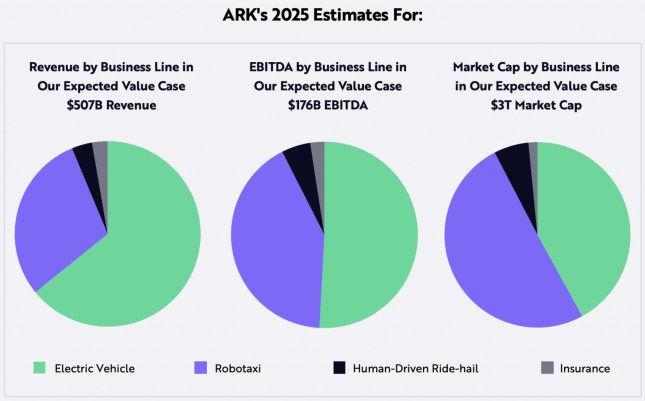 How does Apple compete with that? Bloomberg News cited Wedbush analyst Daniel Ives who wrote earlier this month the company’s market cap could rise by 50% (to $3 trillion). Ives’s bull case price target on the stock is $225, about $100 per share above Monday’s closing price. That’s pretty close to a market cap of $3 trillion. In the near term, Ives sees the upgrade “supercycle” keeping revenues rising through the fall and then the introduction of the next iPhone building on that. Then there’s the Apple Car …

A fire last Friday at a Renesas chip-making plant near Tokyo could have a “massive impact on chip supplies,” according to the company’s CEO Hidetoshi Shibata. Renesas is among the companies Apple lists on its 2020 Supplier List, and the fire-damaged plant is one of eight Renesas facilities from which Apple sources chips.

Renesas is in the process of acquiring Apple supplier Dialog, a U.K.-based supplier of power management technology to Apple. In 2018, Apple paid Dialog $600 million to license patents, buy physical assets and transfer some 300 employees from the U.K. company to Apple.

The sale of Dialog to Renesas and the Tokyo facility’s fire are not expected to have a large impact on Apple.

Now that Apple has ditched the original HomePod in favor of the HomePod mini, there is speculation that the mini will assume a larger role in Apple’s interest in smart-home technology. CNET reported Monday that Apple has inserted a temperature and humidity sensor into the mini.

Finally, after discontinuing the iMac Pro earlier this month, Apple is now reported to have scrapped two configurations of the computer it suggested customers switch to. Apple has removed both the 512 GB and 1 TB solid-state drive (SSD) configurations of the iMac, leaving just the 256 GB SSD and the 1 TB Fusion Drive as the only options.