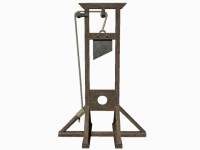 Research in Motion Ltd. (NASDAQ: RIMM) is set to report earnings after the close on Thursday.  Investors have to now be prepared for something they have not seen in years and years.  The new expectation is for operating losses.

We just noted on Friday how Maria Bartiromo’s admission that she dumped her Blackberry out of frustration in favor of the iPhone from Apple Inc. (NASDAQ: AAPL).  Then we noted two key analyst downgrades on Monday, which were frankly very late and catch-up research calls.  And to make matters worse, RIM is one of our ten picks of Brands That Will Disappear in 2013.

Thomson Reuters is now calling for a loss at -$0.01 EPS for its May quarter and it is calling for sales to have fallen by more than 36% down to $3.11 billion for the quarter.  Keep in mind that estimates were $0.01 EPS about a week ago.  And a month ago, before RIM warned, the earnings estimate was $0.43 EPS.

It gets worse ahead if the analysts are correct.  For the August quarter, Thomson Reuters is calling for a consensus of -$0.03 EPS on $2.89 billion in revenue.  What if that is actually worse though?  If the analysts are correct it would “only” represent a drop of just over 30% in sales.  What has been the history of sales and estimates in this stock for more than a year now?  Lower, followed by lower yet again.

RIM is on deathwatch whether its shares are up again or not.  The short interest is reaching a critical mass now and RIM is one of the worst performers among the major tech and wireless companies.

In almost all cases, RIM may not be in any better situation that Nokia Corporation (NYSE: NOK).