What a Tesla Collaboration with BMW Might Actually Mean 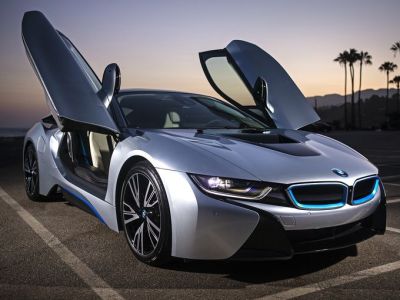 Source: courtesy of BMW
In an interview published Sunday in a German magazine, Tesla Motors Inc. (NASDAQ: TSLA) CEO Elon Musk said that he is talking with BMW about an alliance that would involve Tesla’s battery technology and BMW’s use of carbon fiber technology in making car bodies.

In mid-October Daimler AG sold its 4.3% stake in Tesla and Toyota Motor Corp. (NYSE: TM) also sold part of its 2.4% stake in the company. Tesla will continue to supply electric drive units to Daimler for its Mercedes B-class models and the company’s “smart fortwo” electric drive mini-car.

Tesla’s relationship with Toyota is slightly bumpier. Toyota has put a lot — if not quite all — its eggs in the fuel-cell basket. The company plans to begin selling the $57,500 Mirai in California in the fall of 2015. An agreement between Toyota and Tesla under which Tesla supplied battery packs for Toyota’s RAV4 compact SUV has been phased out. To top it off, Tesla’s Musk never misses a chance to speak out against fuel-cell technology, calling it “extremely inefficient” when compared with battery-driven devices like the Model S sedan from Tesla.

BMW’s i3 all-electric has a limited range of just 115 miles, compared with the 275-mile range of the Tesla Model S. Boosting the range of its i3 and its i8 sports car could give the company a boost in its battle with Daimler, which may be looking into the next decade before it can have an all-electric B- or C-class model on the road.

This round of news is interesting when you consider that Elon Musk previously said that there was room to improve on the i3. He was quoted saying he did hope they improve it, so maybe Musk is the one who can.

That Honda May Stop Running