Volkswagen to Invest $108 Billion in Expansion 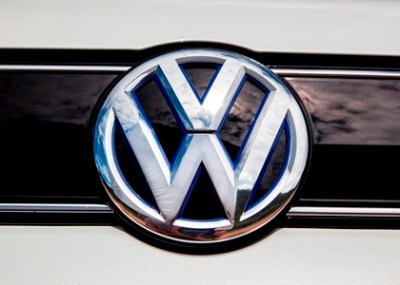 Source: courtesy of Volkswagen of America
It is hard to believe that any company could invest over $100 billion in anything. It turns out that company is huge auto manufacturer Volkswagen. Its board announced the decision Friday:

The Volkswagen Group will invest a total of EUR 85.6 billion in new models, innovative technologies and its global presence in its Automotive Division over the coming five years. Around two-thirds of the total investment amount will flow into increasingly efficient vehicles, drives and more environmentally friendly production. This is the result of the Group’s investment planning for 2015 to 2019 discussed by the Supervisory Board of Volkswagen Aktiengesellschaft at its meeting on Friday. “We will continue to invest in the future to become the leading automotive group in both ecological and economic terms — with the best and most sustainable products”, said Prof. Dr. Martin Winterkorn, Chairman of the Board of Management of Volkswagen Aktiengesellschaft, in Wolfsburg. “Development costs will remain high in the future as a result of high innovation pressure and increasing demands on the automotive industry from CO2 legislation. As a Group, we have the expertise and financial strength to continue to extend our technology leadership and to reach our goals for 2018.”

VW means to get big — and green. The green theme has run though the industry like a wildfire, extending to products as broad as the decade-old Toyota Motor Corp. (NYSE: TM) Prius and the brand new Tesla Motors Inc. (NASDAQ: TSLA) Model S. However, the effort could be substantially undermined by the sharp drop in gasoline prices caused by collapsing oil prices. Some experts believe these lower prices could persist for years, as a slow global economy is matched by new sources of oil from as widely spread as new drilling in the Gulf of Mexico to shale.

Most of the capital spending (56%) will occur in its home market of Germany. VW has 28 plants in the country.

VW’s potential future problems are mirrored by those of the world’s other huge auto companies. It has about a quarter of the European market, which is battered by ongoing recession. In the world’s largest market, China, it is the leader, along with General Motors Co. (NYSE: GM). But sales in China have been muted. Concerns about air pollution could cap expansion of car and truck ownership in the People’s Republic. And VW trails in the United States, the world’s second largest market. There are few signs it can increase its footprint in America.

Volkswagen may be expanding while the world gives it few places to grow.

ALSO READ: The Best Selling Cars in the World