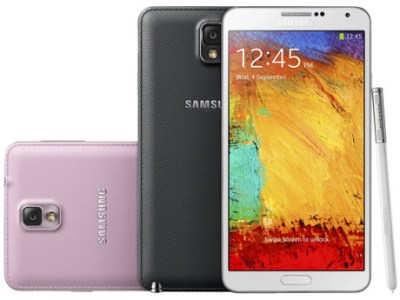 Source: Samsung Electronics
For the three-month period ending in December, Samsung Electronics gained 0.7% in the U.S. smartphone market for a total market share of 29.7%. The Korean electronics giant still trails Apple Inc. (NASDAQ: AAPL) in overall share, even though Apple dropped 0.1% to slip to a 41.6% share of the U.S. market.

The data come from the latest report on the U.S. smartphone market from comScore and is based on a three-month average for October, November and December, compared with the three-month period that ended in September 2014.

Facebook’s social media app reaches 70.2% of all smartphone users who are at least 18 years old. YouTube’s reach rose to 52.5%, Google Search rose to 52.2% and Google Play fell to 51.2% reach. Facebook Messenger now reaches 46.1% of the mobile app audience, up three points from November.

Last week the latest report from Kantar Worldpanel had Apple’s iOS pulling ahead of Android in the United States by the narrowest of margins — 47.7% share to 47.6%. Massive iPhone sales in the fourth quarter cost Android 3.8 points of share, all of which went to Apple. In Europe, Kantar said that iOS gained 6.2% share, compared with a drop of 3.8% for Android. In Japan, iOS dropped 8.5 points of market share while Android gained 7.8%.