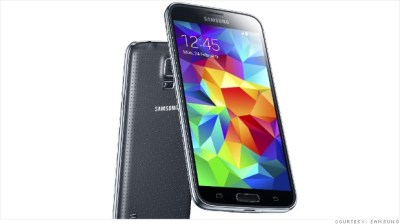 Source: Samsung Electronics Co. Ltd.
For the three-month period ending in October, Samsung Electronics gained 0.9% of market share in the U.S. smartphone market, for a total share of 29.3%. The Korean electronics giant still trails Apple Inc. (NASDAQ: AAPL) in overall share, even though Apple dropped 0.5% to slip to a 41.9% share of the U.S. market.

The October report from comScore includes a full-month of sales for the new iPhones, and where we might have expected a bounce in Apple’s share, instead we got a drop. A report released last week from research firm Kantar indicated that Apple’s iPhone had gained almost nine points of U.S. market share on a three-month rolling basis in October. But Apple’s September share, according to Kantar, was 32.6% and the October jump to 41.5% is still not as high as comScore’s reported total.

The data come from the latest report on the U.S. smartphone market from comScore and is based on a three-month average for August, September and October, compared with the three-month period that ended in July 2014.

Facebook’s social media app reaches 72% of all smartphone users who are at least 18 years old. Google Play and YouTube both reach 51.9% of mobile media users, Google Search reaches 47.6% and Google Maps reaches 44.5%. Twitter Inc.’s (NYSE: TWTR) social media app ranks 14th, with a reach of 20.7%, down from 21.7% in the September ranking.