What Private Company Employment Can Say About Swing State Voting 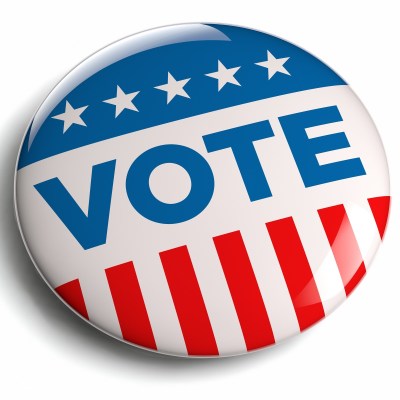 The three famous words from the 1992 Clinton campaign were in fact, “The economy, stupid” without the “It’s.” We simply added this over time. It was easier. What we also got wrong about the original phrase, however, was “its” true intent. The beginning and end of the Clinton-administration era are bookended by linguistic liberties: from “it’s” to the definition of “is.”

Perception of the economy was really what political strategist, James Carville, was aiming for.

Perception matters in elections. Trump’s rise came on the backs of immigration perceptions that were nowhere based in fact. Clinton’s attempt to stay above the fray has relied on her ability to drive perceptions of herself and her opponent, all while dodging questions of what a “private server” is.

In an election where substance and policy have seen less airtime than a Bobby Jindal debate rebuttal, perception matters more than ever.

Come election day, pending an ongoing war or natural disaster, the economy is usually at the forefront of every voter’s mind. Conventional wisdom suggests that if the economy is perceived to be doing well in the weeks and months leading up to election day, it typically bodes well for the incumbent party. When all other factors are held equal, undecided voters act in their economic best interest. Tim Fernholz of Quartz put together a thorough and poignant article on this subject in April, which you can read here.

We have seen a “HUGE” amount of data and polling information that has done a superlative job in providing insight on where the minds of many voters are. But other than unemployment data and the recent improvements in household income, we haven’t seen much regarding who is actually employing.

At PrivCo we collect an enormous amount of data every day on the private economy. We collect financial figures, business plans, funding rounds, competitive intelligence, and most important for the purpose of this article, we collect employment figures.

We wanted to see the pace at which the private economy was employing above and beyond state-wide totals. While publicly-traded companies typically have large head counts, the effects on sentiment aren’t felt as strongly as when a smaller private company increases its headcount. For example, a 20% increase in headcount at Ford Motors over four years may not be noticed by the average employee of the 200,000 strong company. However, a 200% increase at a smaller privately held company with only 50 employees would certainly bring different perceptions of growth and economic well-being. Private company employment changes have disproportionate effects on voters’ perceptions of economic vitality.

While we have employee count information on over 900,000 companies worldwide, we limited our focus to the following five swing states, since they will have the greatest influence over the election. We chose Florida, Ohio, Pennsylvania, Michigan, and North Carolina and took a look at employment figures in those states over the course of President Obama’s final term in office. We then compared that data with the Bureau of Labor Statistics’ unemployment data. Finally, we compared the average change in employment within the private economy to the average change in statewide unemployment figures.

While we can’t draw definitive conclusions as to which way a state will vote, one can take a look at how much better or worse a state’s private economy is doing as compared to the change in statewide employment.

We’ve broken down each state’s private businesses into categories of large (500+ employees), medium (60-500) and small (1-60) and looked at the average percentage increase in those companies, comparing this with the average percentage increase in total employment in each state. It is worth noting that all five states experienced improvement in total employment during the recorded period (2012 – 2015). Additionally, these five swing states all had an improvement in employment above the median for the entire country. Our findings are below.

Florida has played a significant role in presidential elections for the past two decades and this year will be no different. The state saw unemployment drop by nearly 41% from 2012 to 2016 which was the second largest drop in our swing state cohort. Florida’s medium-sized private employers saw the largest gains in employment, adding on average 41.5% more employees over the recorded period. While perceptions of the economy may be strong in the state, it is important to note that Florida hasn’t elected a Democrat to the governor’s office in nearly three decades (Lawton Chiles in 1991).

Every four years, a slew of candidates tour the towns of Akron and Columbus, Cincinnati and Cleveland all echoing the same phrase, “As Ohio goes, so goes the nation,” and for good reason. Ohio has had a perfect record in predicting elections dating back to the 1960’s. Presidential hopeful John Kasich, the Republican governor, has presided over an economic uptick, albeit a subtle one, during his time as governor, yet his reluctance to endorse or even show up to the RNC may leave that economic boost unused for the Republican nominee.

Ohio’s private economy saw its largest increase in employees from small businesses with a whopping 75%increase in average employment gains. Unemployment decreased by 36% during the period which was the lowest of our five states.

Michigan has seen one of the largest changes in employment figures and economic improvement on our list as well as nationwide. The state has skillfully leveraged its powerful university system and currently promotes a wealth of high growth sectors, including Biotech. The state has been involved in providing tax credits to new businesses that decide to set up shop in the state.

Michigan saw its largest gains in private employment by large businesses, which increased employee size by roughly 20% on average. The state also saw the largest decrease in unemployment on our list at 44% and as of Q2 of this year, the state’s unemployment rate is at 4.58%.

North Carolina has long been championed for its “Research Triangle,” the unambiguous tech-centric triangle connecting North Carolina State University, UNC-Chapel Hill and Duke University. While this area certainly has promoted nominal business growth throughout the state, employment figures have increased outside the triangle as well.

The state saw its largest private employment increase from small business which increased headcount on average 51.6% over the period. Unemployment decreased by nearly 40% as well.

While Pennsylvania’s employment figures have improved over the last four years, the change has been marginal. Pennsylvania saw the second lowest employment improvement figures on our list, with unemployment only going down by about 38%. The state’s core industries for employment are certainly a hold-over from the boom years of the industrial revolution. Machining and equipment manufacturing, as well as fabricated metals, are some of the top employers in the state.

Large industrial companies take an even larger workforce to maintain them and Pennsylvania saw its largest increase in private employment from companies employing 500 workers or more, increasing on average 17%.