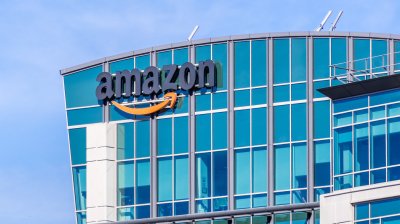 Source: Andrei Stanescu / Getty Images
When Amazon.com Inc. (NASDAQ: AMZN) spots an opportunity to muscle in on a new sector, it generally launches its assault on a lot of different fronts. Take devices, for example–the company’s phone may have been a flop, but it’s Echo smart speakers had a 70% share of the market at the end of the second quarter.

Telemedicine is perhaps the most technologically driven sector in healthcare, but it’s still pretty small. Amazon has just announced an invitation-only trial for some of its 50,000 Seattle-based employees of a telemedicine smartphone app the company calls Amazon Care. The company may consider rolling the service out to all U.S. employees but has no current plans to offer the service outside the company.

Analysts Richard Close and Brian Hoffman of Canaccord Genuity don’t believe Amazon Care is a threat to Teladoc–at least not yet:

The emergence of [Amazon Care] is likely to cause near-term weakness to shares of TDOC. There has been much speculation on Amazon’s expansion into healthcare over the last several years and telemedicine has often been a topic. As this is only a pilot for Seattle-based employees it is way too early to suggest that Amazon will commercialize the offering and compete against TDOC in the near-term.  We would use any weakness in TDOC shares as a buying opportunity. Virtual care remains in the early stages and Teladoc continues to be the domestic and global leader.

Amazon bought prescription delivery service Pill Pack last year and partnered in January 2018 with some other heavy hitters with a goal of establishing an independent company “free from the profit-making incentives and constraints” of a for-profit healthcare firm to improve healthcare satisfaction and lower healthcare costs for their employees. Pharmacy stocks slid 9% on the Pill Pack announcement, and big insurers took share price hits of as much as 6% on the announcement of the non-profit healthcare project.