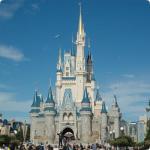 North-central Florida, especially Orange County where Orlando is located, has experienced frequent droughts in the last decade. As a consequence, the area has implemented extreme conservation measures, including aggressive water-rationing policies and lawn-watering bans. After the drought and resulting wildfires subsided, however, Orlando faced another problem. As of 2013, Orlando will no longer be able to increase the rate at which it uses water from the Floridan aquifer, the city’s main source of fresh water supply. This presents a major problem for city officials: how does the limited water supply continue to meet demand for one of the fastest-growing regions in the state? It is estimated that water usage in the Orlando area will increase from 526 million gallons per day from 1995 to 866 million in 2020. On the city website, the mayor is quoted, saying: “Orlando Utilities Commission water usage trends show Orlando water demand exceeding the supply by approximately 2014 if no action is taken.” There are plans in the works to tap the St. John’s river for irrigation, and eventually drinking water. Many, however, are skeptical that even this will be enough to meet Orlando’s growing demand. 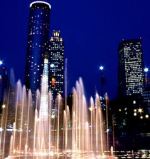 Between 2007 and 2008, the southeast experienced a major drought, which depleted the region’s major water supplies. No city in the south suffered more than Atlanta, the second-fastest-growing metropolitan area in the last eight years. The crisis began when the Army Corps of Engineers released more than 20 billion gallons of water from Lake Lanier, the city’s primary source of water. Continued poor rainfall brought the lake to its lowest recorded levels. At one point, city officials reported there was only three months left of stored fresh water to supply Atlanta. The drought eventually subsided and consistent rain returned the lake to less dangerous levels. However, Atlanta may continue to be at risk, as the lake is the site of an ongoing legal conflict between Georgia, Alabama, and Florida, all of which rely on the reservoir for fresh water. Last year, a federal judge declared Atlanta’s withdrawals from the lake illegal, and if the ruling stands, the city will lose roughly 40% of its water supply by 2012.

Also Read: Is Sony About to Announce a Playstation Phone

The NRDC study rates Pima county, Arizona, where Tuscon is located, as an area with extreme risk of water shortage. The city is in the Sonoran desert, an extremely arid region which receives less than 12 inches of rainfall each year. Currently, the Tucson region uses about 350,000 acre-feet of water per year.  At this rate, Tucson’s groundwater supply, which now provides the majority of the city’s water, has a very limited life span. In addition to this, the city is currently bringing in 314,000 acre-feet per year from the Colorado River under the Central Arizona Project. However, Tuscon is growing rapidly, adding more than 20,000 people  since 2000. This, combined with the political uncertainty of the Central Arizona Project allocation, places Tucson at extreme risk for future water shortages.