The 21 Companies That Exclude Women From Leadership 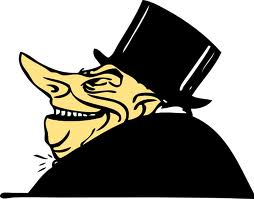 More than half of the American workforce is comprised of women. It is well-known that they are paid less than their male counterparts. Several studies show that female workers make about 77%  of the compensation paid to their male peers. The numbers are worse for women of color. This inequality hurts women at every level of the job market.

Women, who  make up about 40% of the students at elite business schools,  have an especially difficult time moving into the ranks of senior management at America’s largest public companies. New data from the research from the nonprofit Catalyst shows that 60 of the Fortune 500 corporations have no female directors. Out of the same group, 136 companies have no women among their top five executives.  Moreover, there are 26 Fortune 500 firms which have neither a female board member nor a woman in executive management. The data came from proxy statements filed as of June 30, 2010.  24/7 Wall St. research found that four companies have added a female director since then: Philip Morris, Blockbuster, Virgin Media, and Synnex.

After we reviewed the Catalyst data, the companies were categorized by industry, and 24/7 Wall St. examined their corporate websites to see whether they had any women in top management at all. When we did find someone, they were usually in human resources, public relations, investor relations, or accounting.

The figures are outrageous and point to lingering misogyny in the board rooms and executive suites of a number of America’s largest companies. It is incomprehensible how public companies in the 21st Century can manage to exclude women from such critical roles.

4.) CHS (CHSCP)
CHS, which occupies the 91st position on the Fortune 500, is a diversified energy, grains, and food company.
-Company lists no women on management team.