Groupon is the social coupon website that seems to have taken over the world of online coupons.  The company recently rejected  a $6 billion acquisition attempt from Google Inc. (NASDAQ: GOOG).  The company believes it is worth more and it just secured a Kleiner Perkins Caufield & Byers (and others) round of venture funding of a whopping $950 million.  Google was actually criticized for considering a $6 billion acquisition for something it could already launch on its own for a tiny fraction of that high price-tag.  Some are looking for an IPO filing to occur in 2012, but this is one of the largest VC-raises ever and larger investments generally require faster returns.

Harrah’s/Caesar’s is another IPO in waiting.  The private equity groups of Apollo Management, Texas Pacific Group, and Paulson now own the giant hotel and casino operations after a buyout of more than $17 billion in early 2008.  The company operates some 52 casinos in 12 U.S. states and seven countries.  The combined casino floor space is about 3 million square feet of gaming space and a combined 42,000 hotel rooms.  It also generated nearly $6.7 billion in revenues in the first nine-months of 2010 alone.  The problem with Caesar’s is that a late-2010 IPO filing for up to $710 million in securities had to be withdrawn due to soft interest.  It seems that the private equity owners may have to consider selling off units and taking more units public through time rather than making a large offering all at once.  Investors will buy casinos in the public market today, but very few new investors are willing to merely bail out private equity firms to take on highly leveraged companies.  As soon as Caesars can come public, it will. 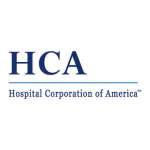 HCA is the largest private hospital system in the United States.   It is said to be coming back to the stock market because private equity sellers want to exit their positions.  The IPO filing was for up to $4.6 billion in equity and it listed nine investment banks in its underwriting syndicate.  As of September 30, 2010, HCA operated 162 hospitals with a combined 41,000 beds and 104 freestanding surgery centers across 20 states.  In 2009, revenues were $30.052 billion, and net income was $1.054 billion. Some 97% of the company is owned by an entity called Hercules Holding II, which is owned by Bain Capital, KKR, and the private equity arm of Bank of America Corporation (NYSE: BAC).  HCA was taken private in 2006 during the private equity craze for some $21.3 billion plus an additional $11.7 billion in assumed debt.  It is hard to imagine that a hospital system would want to come public again after the healthcare debates of 2009 and 2010.

Kinder Morgan, Inc. filed in late-2010 to come back to the public market after a buyout in 2006. Kinder Morgan operates close to 40,000 miles of pipelines and owns roughly 180 terminals.  CEO Richard Kinder owns close to 30% of the firm.  Other holders are affiliates of Goldman Sachs Group (NYSE: GS), Highstar Capital, The Carlyle Group, and Riverstone Holdings. Richard Kinder has helped lead enough returns for oil and gas investors that this is a no-brainer.  The first nine months of 2010 alone brought revenues of $6.2367 billion, operating income of $830.9 million, and its total assets were listed as $28.7488 billion.  It also paid out $650 million in 2009 and $700 million in 2010 to its investors.  Expect this to be one of 2011’s top IPOs as the IPO filing amount stated was for up to $1.5 billion in equity. 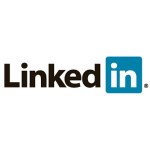 LinkedIn, a professional social networking company that competes against Facebook, is considering an IPO sooner rather than later in 2011.  The company claims some 90 million members in more than 200 countries with executives from all Fortune 500 companies as clients.  Venture investors include Goldman Sachs Group (NYSE: GS), McGraw Hills Companies (NYSE: MHP), and a unit of SAP AG (NYSE: SAP).   Multiple web reports indicate that J.P. Morgan, BofA/Merrill Lynch, and Morgan Stanley may have already been selected to lead the underwriting.  The whopping $50 billion valuation for Facebook just offered support for anything tied to social networking that is willing to come public.  LinkedIn shares have also been offered up for sale on the secondary market for private companies via SecondMarket.  As recently as last week there has been a private offering of a 50,000 share stake being offered out for a price of more than $1 million.

Nielsen Holdings is the top audience tracking and measurement provider for most forms of media. It was acquired in 2006 by a private equity-backed IPO and owners are listed as The Blackstone Group (NYSE: BX), KKR, and Thomas H. Lee. Its top ten clients accounted for about 23% of the total 2009 revenues of $4.8 billion with a net loss of $427 million.  The size of the offering has risen slightly in the filings and now sits at an expected “up to” $1.81 billion. The current time frame for an IPO is as soon as the last week of January.

Skype is going to be an IPO to watch in 2011.  The VoIP telephony and communications provider founded in 2003, was acquired by eBay Inc. (NASDAQ: EBAY), and then mostly sold to Silver Lake, Joltid, and Skype founders.  eBay holds close to 30% of the company.  The company has already listed Goldman Sachs, J.P. Morgan, and Morgan Stanley as its top investment bankers for the deal, and it has made amended S-1 filings.  The figures may have updated since, but Skype grew its registered user base from 397 million to 560 million from June 30, 2009 to June 30, 2010.  At the same time, it grew its average monthly connected users from 91 million to 124 million but the catch is that average monthly paying users grew from 6.6 million to 8.1 million users.  That is a small fraction of the users supporting the whole infrastructure.  Still, In the first six months of 2010 saw $406.2 million in revenue, with Adjusted EBITDA of $115.8 million, and it claimed net income of about $13.1 million.  The risk here is not so much its user base, but whether or not the company can avoid another embarrassing outage like it experienced in December.

Spirit Airlines appears to be the next airline coming public and the filing indicates that Spirit will be a public company in the first or second quarter of the year.  The IPO filing is for up to $300 million and it already has Citi and Morgan Stanley listed as its lead underwriters in the offering. For 2009, operating revenues were $700 million and operating income was $111.4 million; during the first nine-months of 2010 its revenues were $562.7 million and its operating income was $44.5 million. The company now serves 40 airports.  The company has committed to more aircraft deliveries through 2015 that will add 36 new A320-aircraft to its present fleet of 32 planes broken down as being 26 A319, four (4) A320 and two (2) A321 aircraft.  That puts its expansion goal of being more than 100% fleet growth over the next three-plus years.