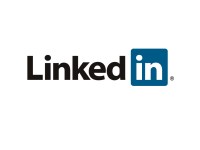 LinkedIn Corporation is now much closer to coming public as it has set the terms for its initial public offering.  The company has set the initial offering terms at 7.84 million shares or 9.016 million shares if the overallotment is fully allocated.  Without the effects of the overallotment, LinkedIn the company is selling 4,827,804 shares and LinkedIn holders are selling 3,012,196 common shares.  The initial price target range is being set at $32.00 to $35.00 per share. The stock will trade under the “LNKD” ticker and will trade on the New York Stock Exchange.

After the offering there will be A-shares and B-shares. The rights of the holders of Class A common stock and Class B common stock will be identical, except for voting and conversion rights.  Each A-share will get one vote per share; each B-share will get 10 votes and can convert at any time into one A-share.  Class-B shares will represent approximately 99.1% of the voting power and will be held by co-founder and Chairman Reid Hoffman, and that will represent about 21.7% of the total voting power of outstanding capital stock following this offering.

The combined Class-A and Class-B shares outstanding after this IPO will be 94,498,627 shares.  If we just straight-line the math, the market cap at the mid-point of the price range will be about $3.165 billion.

The ramifications here are many but LinkedIn will very possibly be the ground-setting tone for Facebook and its ultimate IPO, even if Facebook is valued well above $50 billion as of today.