In 2001, Alaska had the second-highest percent of children and teenagers, at 31%. Between 2001 and 2009, Alaska actually lost 7,443, or 3.9% of its population under the age of 18. However, it remains one of the youngest states in the country, with 26.3% of its population under 18. The state has had major growth in its timber, oil and mineral harvesting industries, which has attracted thousands of young families over the past few decades. The “Land Of The Midnight Sun” had the greatest increase in the country of the portion of its population aged 18-29. In 2009, the state had the third largest percent of people aged 18-29.  The state also had the largest increase in the percentage of its population aged 65 and older, but it still has the lowest percentage of elderly – only 7.5%. 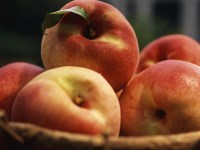 Georgia’s population has experienced the 7th greatest increase in population between 2000 and 2010, increasing more than 1.5 million, or 18.3%, to 9.6 million. Brookings Institute demographer William Frey says the reason for the growth has been a steady increase of new African-American residents, who have accounted for 580,000 of the 1.5 million new citizens. According to an article in The Augusta Chronicle, the state’s minority youth population increased by more than 14% between 2000 and 2010, citing a major increase in young Hispanics in the state as well.

Idaho has the third highest percentage of people under 18 in the country, with births accounting for more than 45,000 new Idaho residents. This birth rate has led to a 12.15% net increase in the number of children and teenagers between 2001 and 2009. Idaho was one of the fastest-growing states in the country. The recession dealt a severe blow to the sparsely populated state: the population growth rate dropped from the 3rd fastest in the country in 2005 to 12th between 2008 and 2009. This decrease in people moving to the state has resulted in the children of new residents accounting for a very substantial part of the population. Idaho also had the 4th greatest increase in children and teenagers as a portion of the population between 2001 and 2009.

According to recently released 2010 census data, more than 37% of Texas’ population is Latino, but this group accounts for 48.3% of Texas’ population under 18, compared to 40.5% at the beginning of the decade. The Lone Star state’s explosion of young Hispanic families and their children makes Texas the second youngest state in the country. According to former U.S. Census Director Steve Murdoch, Latinos will become the majority in the state by 2015. 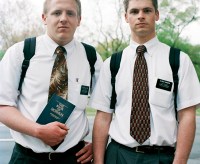 While Utah has not been a leader in economic growth, like Arizona,  it was nevertheless the third fastest growing state in the country during the last decade. It is also the youngest state in the union, with 31.2% of its population under the age of 18. Although the state was the youngest in 2001, it managed to have the second highest growth rate for children of that age, increasing 21.44%. There appears to be two major reasons for this state’s perpetually young population. Both circumstances and culture appear to be the main cause: according to Utah State Demographer Julia Tennert “We have a large number of women who are in their child-bearing years. And they have more children than average. Those two things combined mean we have a young population.” According to Tennert, Utah women marry significantly younger, and average 2.5 children each, compared to the national average of 2.1. In 2008, the most recent year of data available from the Center for Disease Control, Utah had the highest rate of births per 1000 in the country, roughly 30% higher than the national average.