In the past ten years, Iowa’s population grew only 4.1%, the tenth-slowest growth rate in the U.S.. According to one report by Iowa State University Department of Economics Professor Liesl Earthington, the state’s demographic trend has been like that of much of the Midwest – an increase in the urban population and a loss of rural residents. Whether or not the migration was a contributing factor, this has corresponded with a decrease in birth rates. The state had the 13th lowest rate of births per capita in 2008. The state lost nearly 2%, or 11,259, residents under 18 between 2001 and 2009. Furthermore, the state added more than 45,000 people 65 or older during that time. One AARP report estimates that the 65 and older population of the state will increase from 14.5% in 2009 to 22% by 2030.

While most of the states with very large elderly populations are small, Pennsylvania is one of the few exceptions to this rule. The state has the sixth-largest population and GDP in the country. Despite its large size, the state still managed to accumulate a net loss of people under the age of 18 between 2001 and 2010. The state was once one of the most productive states in the country, but in the post-industrial era has stagnated severely in both population and economic growth. Between 2000 and 2010, Pennsylvania added only 3.43% to its population, which is the ninth-slowest rate of growth in the country. Without new jobs to bring in young families, the “Quaker State’s” population has grown increasingly old. In reference to the stagnating population and lack of jobs, State Senator Dominic Pileggi stated “We must focus on attracting people to Pennsylvania and allowing the next generation of graduates to find family sustaining jobs here in the Commonwealth.”

While some states with large elderly populations have at least a moderate young population as well, Maine’s population skews overwhelmingly to people over the age of 50. The state has the second-smallest percentage of people under the age of 18 and the smallest percentage in the country between 18 and 29. As a popular destination for retirees, the state’s elderly population is, according to one report by Maine’s Department of Health and Human Services, “A distinguishing feature of Maine is that growth in the population 65 and older will substantially exceed growth in the total population…” According to the report, most of this growth will occur in the coastal counties, which are appealing retirement destinations. 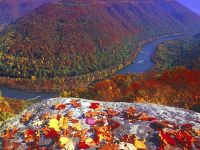 At the turn of the century, West Virginia was, by many standards, the poorest state in the country. “The Mountaineer State” had a median income of $29,083, the lowest in the country. the state has begun to recover, gaining the third most in median income through 2009 to $40,490. This is, however, still the fifth-worst median income in the country, and the state is not attracting many new families. The state had the fifth slowest rate of population growth in the country. Like Maine, the state will need to have a major influx of young families to avoid further economic troubles. It has a very small percentage of residents aged 18-29, ranking third to last in each rank. Citing declining birth rates as the cause of the state’s population troubles, Dr. Christiadi, a West Virginia demographer stated, “Overall, these are challenging trends as the state tries to maintain its long-run economic growth,” she said. “As baby boomers retire in the next two decades, the whole workforce will start shrinking as well, which could pose as a drag in the economic growth.” 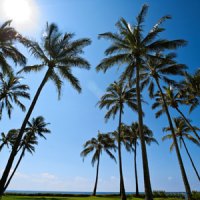 Florida stands out on this list of the oldest states for so many reasons. First, because of its unique nature as a large economy driven by tourism and elderly retirees, it does not stand to suffer the same way states like West Virginia and Pennsylvania do if their elderly population continues to grow at the rate it is expected. Second, every other state on our list ranks in the bottom 15 for population growth, and all but three rank in the bottom 35. “The Sunshine State” meanwhile, had the 8th fastest-growing population in the country between 2000 and 2010. The unusually fast growth that occurred in the state for the first two-thirds of the decade was largely the result of state businesses preparing for the retirement of the baby boomers took a serious hit during the collapse of the housing market. However, as the economy recovers, the state’s economic growth is expected to pick up again.

Michael B. Sauter, Douglas A. McIntyre