Eight Things College Graduates Can Do To Land A Dream Job 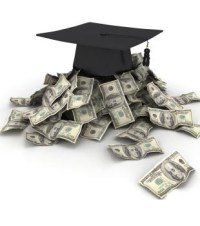 Graduating college is no longer a golden ticket to economic security. As the economy continues to struggle,  many recent graduates are being forced to live with their parents as they compete for jobs with older, more-experienced workers.  All hope, however, is not lost. The key to landing a job in the ever-changing global economy can be summed up in one word: Persistence.

But, even if three out of ten or four out of ten members of Class of 2011 are unemployed, well more than half people did find work.  Some have jobs because they went to prestigious schools such as Harvard University or left school with highly marketable skills like engineering. Some got lucky. Some had family connections. Some looked harder than others. And, some settled for jobs that paid less than the graduates expected or were not in their field of choice.

However, college graduates from solid schools with respectable grades can increase their odds of finding work, even in an economy where the Bureau of Labor Statistics says that 21% of people between the ages of 16 and 24 are unemployed. If the number of people in this age group who have stopped looking for work is added, the number is much higher.  For those lucky enough to find work, the outlook is improving.   A survey by the National Associations of Colleges and Employers (NACE) found the average starting salary for the Class of 2011 was 50,462, up 5.9% from 2010.

The most important thing 24/7 Wall St. heard from experts is that people who have a job in or near fields of their choice will have an easier time advancing in their careers in the coming years.  Waiting for a dream job is a bad idea because there are plenty of people, even some with experience, who will gladly accept the position that the graduate snubbed.  Here are the tips we received from experts on how to make the job-hunting process easier.