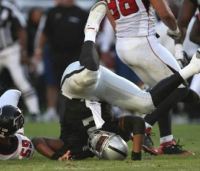 In the 2002 season, the Raiders went 11 and 5 and won the AFC championship. From that point on, the team’s luck changed dramatically. From 2003 through their 8-8 season last year, the team went through six different coaches, and became the first team in NFL history to lose at least 11 games for seven straight seasons. The team’s combined record over those seven years was 29 wins and 83 losses. In 2001, Oakland had 472,000 total fans in home attendance. By 2010, the total had dropped by more than 100,000, to 371,000.

Also Read: Why The CEO Of Best Buy Should Be Fired 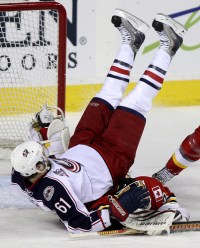 Columbus entered the NHL as an expansion team in 2000, along with the Minnesota Wild. The team had the 12th-highest turnout in the league in that first season, with 715,000 fans in attendance for home games. Two years later, the team had the second-worst record in the league, and ticket sales began to plummet. To date, the team has finished in the bottom ten (out of a total 32 teams) every year except 2008 — the one year it had a winning record. And apart from that year, attendance has declined every year since 2002. Between 2000 and 2010, annual ticket sales at Nationwide Arena dropped from 715,000 to 546,000. 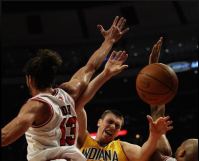 During the 1999-2000 season, the Indianapolis-based Pacers had the second-best winning record in the NBA, behind the LA Lakers, who would beat them in the Finals, four games to two. The Pacers scored poorly in the following two years, however, until a series of trades got them back in the running. The team had the best record in the NBA in the 2003-2004 season under newly-acquired star Ron Artest, losing in the conference finals to the Pistons. The following year, Artest got into a serious brawl and was suspended for the entire season. From then on the team declined, and would not make the playoffs once between 2005 and 2010. Ticket sales declined from 733,000 in 2001 to 582,000 in 2010 — the fourth-worst attendance in the league.

Also Read: Income: The Lost Decade, And The One About To Begin 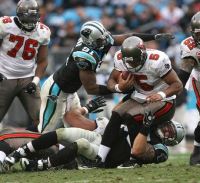 Unlike many of the teams that have seen a massive decline in ticket sales, Tampa Bay has actually been an above-average team for most of the past ten years. The team made the playoffs in 1999, 2000, and 2001, and had a commanding run in 2002, culminating in a decisive Super Bowl victory over the Raiders. The team spent the remainder of the decade in a state of flux, alternating between making the playoffs and having abysmal seasons. One such season was 2009, when the Bucs amassed only three wins. Ticket sales hovered above 500,000 through most of the decade, but dropped precipitously in the last two years. In 2008, there were 516,000 game attendees. By 2010, that number had dropped to just 394,000. 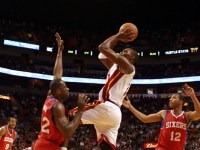 In 2001, the Philadelphia 76’ers were among the top five in ticket sales in the NBA. The team had an outstanding playoff run under the leadership of Allen Iverson, but lost convincingly to the Lakers in the finals. The 76’ers made it to the playoffs the following two years, but never made it past the quarter finals. The team has only had a winning record once since the 2003-2004 season. After multiple disappointing seasons, the team now has the fifth-worst attendance in the NBA.