The Highest Paying Jobs With The Most Time Off 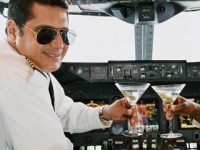 The vast majority of high-paying jobs require a significant initial commitment in the form of education, training and tuition, and then hard work while on the job. Most high-paying jobs require significantly more hours on the job than the average American puts in. 24/7 Wall St. has identified nine jobs that pay well above the national median income, while requiring less working hours than average.

Of course, doctors are examples of the opposite. They must spend eight years in school and an average of five years in residency before they begin to earn their maximum salary. And even though doctors are paid better than most, the salary comes with one of the heaviest schedules. Surgeons, for instance, work an average of 2,835 hours per year — the equivalent of five more months over the 2,006 hours the average American works.

After reviewing data from the Bureau of Labor Statistics, 24/7 Wall St. identified jobs that pay the most for the least amount of work. Most of these positions still require a great deal of training, but once completed, the amount of work drops significantly.

Psychologists, for example, must obtain a specialist degree or doctorate in their field, which requires three to six years of schooling. However, because they usually set their own schedules after that, they work nearly 600 hours a year less than, for example, the average real estate broker. Psychologists, however, make more than the average broker, and have the equivalent of several additional months of leisure time. Psychologists, Airline Pilots, and a few other lucky occupations, are the rare jobs that are paid the most and do the least.