The Net Worth Of The Republican Presidential Candidates 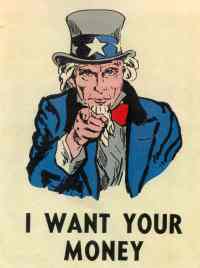 Judging from the net worths of the nine leading Republican presidential nominees, politicians need to be wealthy to run for high office. By most Americans’ standards, all nine are considered rich. The wealthiest candidate, Mitt Romney, is worth somewhere between $190 million and $250 million. Those on the lower end of the spectrum, such as Rick Santorum and Rick Perry, are still worth at least $1 million. The wealth of these politicians has been amassed in several ways.

Read The Net Worth Of The Republican Presidential Candidates

Some have made money in traditional ways. Romney made the majority of his fortune at management consulting firm Bain & Company, rising through the ranks to the top job, and at private equity firm Bain Capital, which he co-founded. Herman Cain made his money working as CEO of Godfather’s Pizza.

Others have made their money more directly from their politics before becoming a presidential candidate. Libertarian candidate Ron Paul has published a number of best-selling books over the last few years, each of which explores his political ideology. Former House Speaker Newt Gingrich became a consultant and political analyst after he resigned from office. Rick Santorum has worked as a consultant and contributor to Fox News.

24/7 Wall St. has looked at the net worths of the Republicans currently running for their party’s presidential nomination and how each became wealthy. We did not include less popular politicians, such as Buddy Roemer, who has not participated in any major recent Republican debates. Our estimates are based on the Federal Election Commission’s public financial disclosure statements as well as media reports. Despite these mandatory disclosures, the range in estimated net worth for most of the candidates is quite large.