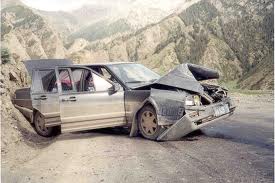 The number of cars and light trucks sold in the U.S. fell 25% over the past five years, from over 16.4 million for the model year beginning September 2005 to 12.4 million in the last complete model year. The sales of some models have slumped much more than that during the same period. To see why sales of some vehicles dropped so much, 24/7 Wall St. has reviewed the sales of cars and trucks, provided by car industry research firm Edmunds.com, that have lost the most in unit sales between the two periods.

The auto industry has suffered during the latter half of the recent decade. To be sure the vehicles on our list didn’t simply suffer from the overall weakness, we only looked at those on Edmunds’ list of 20 vehicles that lost the most in total unit sales, and that have had sales drop more than 50% – double the industry trend. We used sales numbers from Edmunds. We also added base vehicle prices provided by the manufacturers, EPA data on gas mileage, and quality and reliability ratings from JD Powers.

What 24/7 Wall St. found is that many of the vehicles whose sales plunged were large pickup trucks that tend to get poor gas mileage. Nationwide, gasoline prices were $4 earlier this year and are still above $3.50 on average. In the case of some of the sedans and small trucks that get generally good MPG but still made this list, the reason was simply that the models are just old — sometimes decades old. The Mustang, for example, was first produced in 1964. While automakers try to keep models fresh by introducing new “generations” of vehicles — from modest changes to complete overhauls — this process doesn’t always work.

Another reason cars or trucks sales plummet is that the portion of their market becomes crowded. Most major car companies now offer large and mid-sized sedans. Some of the competition did not exist a decade ago. Hyundai now has over 9% of the U.S. market. VW, too, has been aggressive in its attempt to add to U.S. sales, taking away market share from other models.

No recent period in car company history has been a better example of how fickle buyers can be and how quickly consumers can change allegiances. On top of their huge labor cost issues, the decisions of some buyers to move to Japanese models made sales fall enough at GM (NYSE: GM) and Chrysler that they were forced into Chapter 11. Later, a huge series of recalls in 2010 hurt Toyota’s (NYSE: TM) sales. Hyundai was barely a presence in the U.S. five years ago, and is now a force in the small car market.

This is 24/7 Wall St’s cars Americans no longer drive.