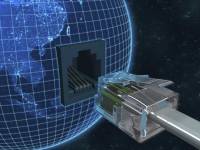 Web site visitors didn’t set any records last month, but they also didn’t lose any ground. Among the leading sites, some had small gains and others had small losses. Overall though, more than two-thirds of all Americans visited at least one site last month.

Those are some of the results reported by comScore Inc. (NASDAQ: SCOR) in its report on the Top 50 Web Properties for the month of August.  The top five sites in number of unique visitors were Google Inc. (NASDAQ: GOOG), Yahoo Inc. (NASDAQ: YHOO), Microsoft Corp. (NASDAQ: MSFT), Facebook, and AOL, Inc. (NYSE: AOL). Google picked up about 1 million visits compared with July’s numbers, Yahoo lost about 100,000 visit, Microsoft gained nearly 3 million, Facebook gained about 300,000, and AOL picked up nearly 4 million.

Google’s lead over Yahoo and Microsoft is not insurmountable at a current difference of just 5 million visits. But visits don’t reflect the ads presented, and its there that Google’s lead is far wider. Facebook, which trails Google by about 20 million visits, is becoming a larger force in the battle for on-line ads.

Among the e-commerce players, Amazon’s early mover advantage over Wal-mart and Target may never be closed. Amazon simply offers more innovations more quickly than the two bricks-and-mortar stores can react to. Ebay’s strength remains, but it trails Amazon by 25 million visits and is not closing the gap.

Among newspaper companies, the New York Times has pretty well crushed the Washington Post and continues its likely insurmountable lead over Gannett. Still, having three newspaper properties in the Top 50 is not a bad showing. Now if the papers could only figure out a way to make more money from the web.

One final note: Netflix Inc. (NASDAQ: NFLX) fell by about 500,000 month-over month. Given the current customer dissatisfaction with the company, that number may continue to fall. It’s worth noting.