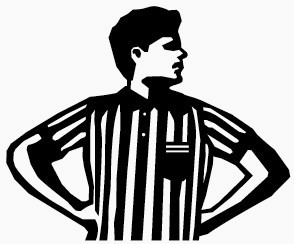 Filene’s Basement and parent company Syms declared bankruptcy recently. The situation is so grim that Syms will shutter all 46 locations, and 2,500 employees will lose their jobs. The company, founded in 1959, was once an important discount retailer. According to the company, it has been suffering from competition as sales of big apparel brands have become concentrated at large retailers with hundreds of outlets.

Skip to the eight worst-performing retail chains in America

Analysts predict that the holiday shopping season will be difficult for many retailers this year. The National Retail Federation reported that industry sales will be up only 2.8% to $465.6 billion, not enough to make up for three brutal years. Thousands of stores have been closed as a consequence of a drop in retail activity because of the recession. Stores closures for many retailers will continue.

Several of the largest retailers have consistently performed poorly between 2005 and 2010 for reasons that go beyond the recession. 24/7 Wall St. has identified the eight retailers that lost the most in total sales during that period. The stores that fared the worst have a great deal in common.

First, some specialty retailers compete with larger chains. This is certainly the case for Foot Locker because the big box retailers and most department stores sell high-end athletic shoes.

The presence of direct competitors that are similarly sized is yet another reason for the poor performance of some stores on the list. The office products retail sector is occupied by Office Depot, Office Max and Staples. Walmart’s Sam’s Club has created lines of merchandise that also compete in the same market.

The third reason that some of the retailers have done poorly is weak management. Robert Nardelli was a former Jack Welch lieutenant at GE. Nardelli was passed over for Welch’s job. He was hired by Home Depot to run the company after he failed to get the promotion. Between 2000 and 2007, Nardelli managed to alienate both employees and shareholders with poor results and his extravagant pay packages. JCPenney has had similar management problems. Poor merchandising decisions by CEO Mike Ullman, who has run the company since 2004, hurt revenue. He was recently replaced by the head of Apple’s retail store operation, Ron Johnson.

The retail industry has fared relatively well in the past five years, despite the recession, buoyed by strong sales during 2005 to 2007. GDP grew by 16% over these same five years. Also, most big operators have been able to increase revenue since the middle of the last decade. U.S. Sales at industry giants such as Walmart, Target and Costco have risen by 21%, 13% and 28%, respectively. With $600 billion a year in combined sales, the trio are a reasonable proxy for the entire industry.

To identify the large retailers in America with the worst sales, 24/7 Wall St. reviewed data published by National Retail Federation’s Stores Magazine. We relied on “Top 100 Retailers” list to identify the retailers that had lost the most in annual retail sales from 2005 to 2010. Only public companies were ranked in order to demonstrate how declining sales affect the overall health of corporations. Because sales numbers can be distorted, companies with significant M&A activity were also excluded.