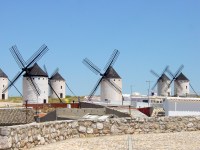 The green economy often is cited as a key driver of the national economic recovery. At the very least, it is creating jobs. The total number of jobs related to green products and services in 2010 was 3.13 million, according to the first-ever green jobs report released by the Bureau of Labor Statistics last week. However, to put things in perspective, these jobs accounted for only 2.4% of the country’s total employment that year.

In many states, jobs associated with the production of green goods and services represented a slightly larger share of employment. In 11 states, green jobs accounted for 3% or more of total jobs. Vermont had the highest proportion of clean economy jobs at 4.4%. Green jobs in these states are represented in many sectors, including manufacturing and construction.

Of course, this is not to suggest that green jobs are improving the unemployment situation in these areas. Instead, these states may simply do a good job of promoting job growth in general — including green jobs.

24/7 Wall St. examined the BLS report to identify the 10 states with the greatest number of green jobs as a percentage of total jobs in the state. Green jobs are those found “in businesses that produce goods and provide services that benefit the environment or conserve natural resources.” Data on green job growth by state from 2003 to 2010 were taken from the Brookings Institution’s “Sizing the Clean Economy: A National and Regional Green Jobs Assessment.”

These are the states where green jobs thrive.