The Worst Paying Jobs for Women 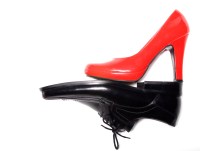 Source: Thinkstock
A full-time female employee earned 82.5% of what a man earned in 2014, up considerably from 1979, when women made an estimated 62% of what men did. While this is certainly an improvement, progress has slowed between 2000 and 2014.

In many of the largest occupations in the country, women earn close to what men do on a weekly basis. In others, however, the disparity remains closer to the 1979 levels. Median weekly earnings among female workers in all of the 10 occupations with the widest gender pay gap were less than three-quarters of what males earned. The typical female personal financial advisor brought in just 61.3% of her male counterpart’s earnings in 2014, the widest pay gap among all occupations reviewed.

Based on the Current Population Survey from the Bureau of Labor Statistics, 24/7 Wall St. identified the 10 occupations where the median weekly full-time earnings among women was the smallest as a percent of men’s earnings.

Click here to see the worst paying jobs for women

According to Ariane Hegewisch, a study director at the Institute for Women’s Policy Research, pay gaps between men and women are often wider in traditionally high-paying occupations. Six of the 10 occupations with the widest pay gaps had median weekly earnings of more than $1,100, and were all among the higher weekly earnings figures.

These relatively high-paying jobs tend to have much more flexible pay packages that can include such extra incomes as commissions, bonuses, and merit pay. These advantages frequently favor males over females. Six of the 10 occupations had commission-based pay structures, available bonuses, merit-based pay such as tips, or a combination of the three.

These extra earnings are most common in financial occupations. Personal financial advisors, financial services sales agents, and financial managers all had among the 10 worst pay gaps, as well as relatively high median weekly earnings for men and women. The more forms of extra earnings available, Hegewisch explained, “the more scope there is for bias and discrimination.”

The gender composition of the workforce has changed over the last several decades, but the demands of both career and motherhood remain the same. Jobs such as doctors pay women less in part because women often choose specialties that require fewer hours and can accommodate family responsibilities. For example surgeons, who can “work 80-hour weeks, or 14 hours in a stretch” and receive more money as a result, are disproportionately men, Hegewisch said.

However, even where females seem to dominate a speciality — such as pediatrics — they still earn less than male doctors, according to a 2010 report from the Center for Research on Gender in the Professions. And, the Center concluded, “Women also earn less than men in the higher paying specialties. For example, women gastroenterologists make 79% of what their male counterparts earn.”

To identify the 10 occupations with the largest gender wage gap, 24/7 Wall St. reviewed the U.S. Bureau of Labor Statistics’ release of earnings data from the Current Population Survey (CPS) for 2014. The data are based on weekly earnings of both men and women working at least 35 hours a week year-round. We considered only occupations not broken out into more specific categories by the CPS. We also excluded those occupations not found in the BLS Occupational Outlook Handbook (OOH). As the BLS explained, the OOH provides much greater detail and more data for occupations.

These are the jobs with the largest pay gaps between men and women.