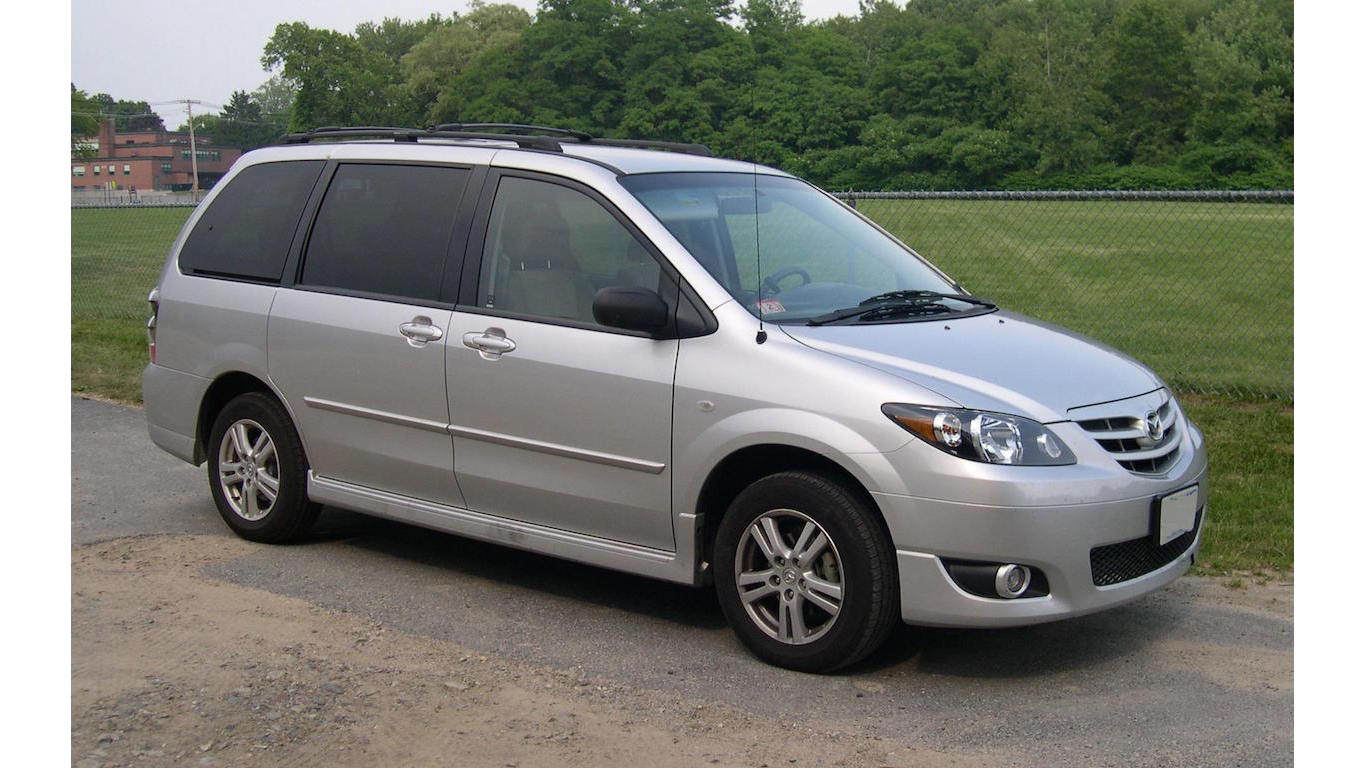 The second generation Mazda MPV was introduced in the 2000 model year and was manufactured until its 2007 redesign. One of only two minivans among the least safe cars on the road today, the MPV failed the IIHS side impact and headrest safety tests. Test results indicated that in a side impact crash there would be a high likelihood of rib fracture for the driver and pelvic injury for the passenger. The Mazda MPV was discontinued in North America in 2007, with the safer Mazda CX-9 midsize SUV is sold in its place. 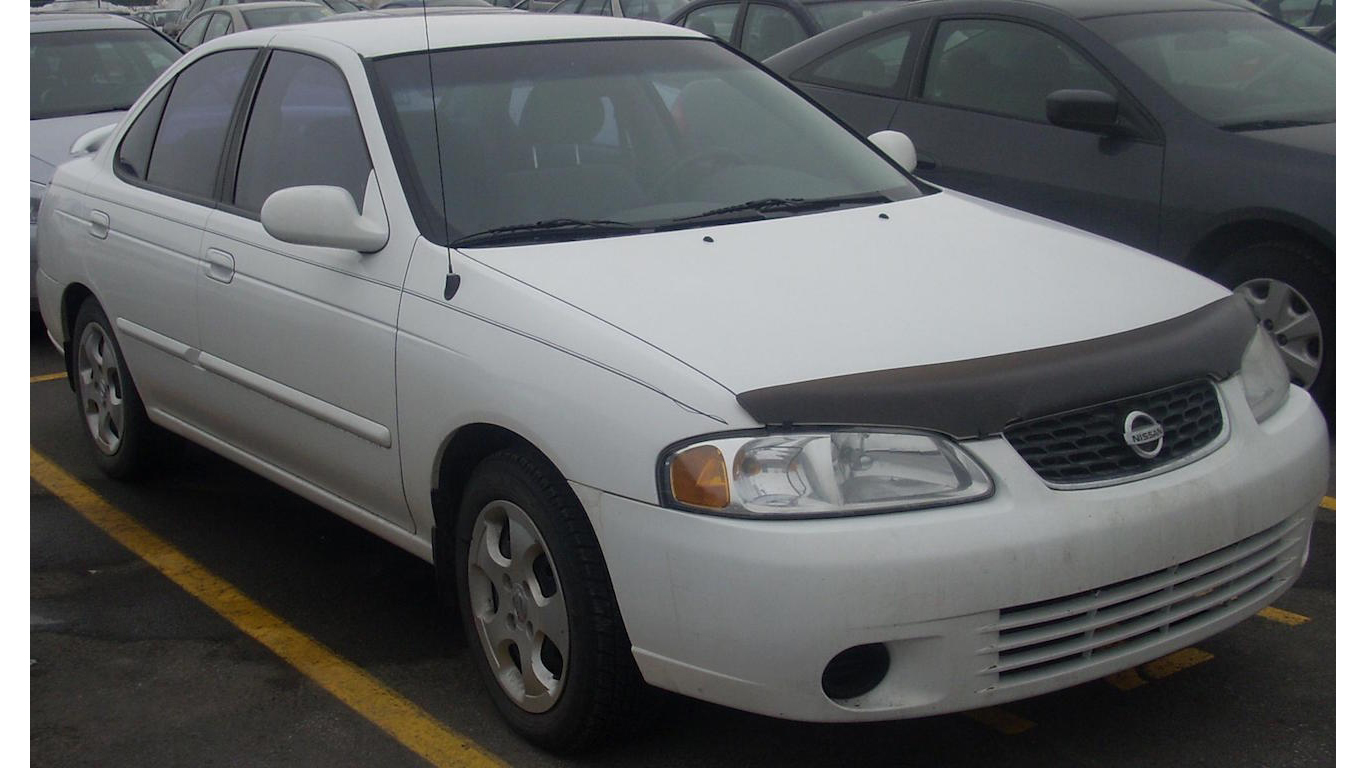 After four production runs as a subcompact sedan, the Nissan Sentra was redesigned in 2000 as a compact car. The fifth generation Sentra received a poor rating for its side impact crash safety. In a simulated broadside collision, the oncoming car made contact with the driver dummy’s head, and the passenger dummy’s head smashed into the car window, indicating a high likelihood of head injury. The sixth generation Sentra, which was introduced in the 2007 model year, featured notable safety improvements. The car received the highest possible ratings on three out of the four IIHS safety tests. 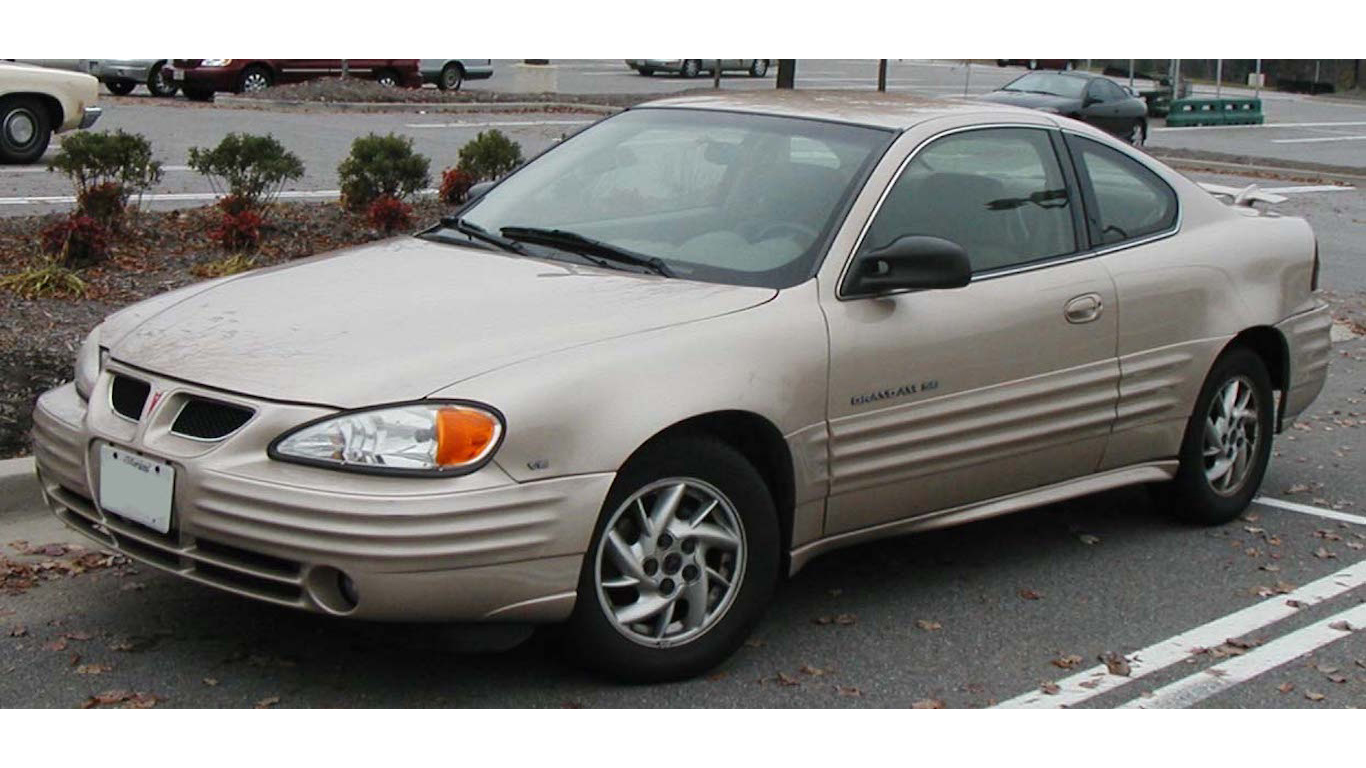 After two discontinuations over four separate production runs, the fifth generation Pontiac Grand Am was introduced in the 1999 model year. In an IIHS test, the model received a poor rating for its front impact crash safety. The test revealed a high likelihood of head injury for the driver in the event of a head-on collision. Between 2002 and 2005 there were 160 fifth generation Grand Ams driver deaths per million registered vehicles annually, the most of any midsize 2-door car on the U.S. market at the time, based on data collected by the NHTSA. The Grand Am was discontinued after the 2005 model year, four years before General Motors discontinued the entire Pontiac line.