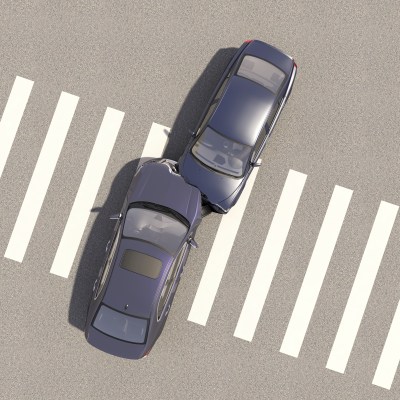 Today, buyers of a new car can easily compare between vehicles’ safety ratings. And consumers increasingly demand safer vehicles and want cars that can meet the highest safety standards. Still, a great number of popular cars sold in the United States not only fail to score perfect marks on crash tests, but also pose a serious risk to drivers who end up in the wrong kind of accident.

Nonprofit crash test and highway safety research organization, the Insurance Institute for Highway Safety (IIHS), performs a variety of tests on hundreds of car models sold in the country, grading them on frontal, rollover, side crashes, and head and restraint safety. In 2012, the IIHS implemented a new small overlap frontal crash test. To date, 20 vehicles of model year 2015 received a poor rating in this or one of the other major tests, meaning that driver injury is very likely in this kind of a crash. 24/7 Wall St. reviewed the 20 most dangerous vehicles in the United States.

The small overlap front test is meant to measure what will happen to a vehicle in a frontal collision when only a small part of the left front collides with either another vehicle or a non-moving object. Such a crash can occur when two vehicles approaching each other swerve to miss but still strike each other. Or it can occur when a vehicle careens off a road and strikes a tree or pole on the left front of the car. In these crashes, airbag systems can sometimes operate at less than optimal efficiency because most front-end crash protection is concentrated on the middle part of the vehicle. A crash on the outer edge can result in significant intrusion, meaning that parts of the car intruding on the driver’s space.

In an interview with 24/7 Wall St., Russ Rader, senior vice president of communications at IIHS, told 24/7 Wall St. that this type of accident is responsible for roughly one-quarter of all injuries
and fatalities in front-end crashes.

Over the few years since the test has been introduced, most automakers have adjusted for this new test, and the vast majority of 2015 vehicles received at least an acceptable score on this test. According to Rader, automakers have recognized the importance of meeting the highest safety standards in the eyes of consumers, and have either adjusted immediately or are rushing to do so now. “We’ve identified a type of crash that … represents a significant chunk of the injuries and deaths that occur in newer vehicles in frontal impacts,” Rader said. “And while we kept the automakers apprised of the test development all along the way, some of the automakers are having to play catch up.”

Earlier this year, Ford (NYSE: F) earned some bad press when one of the versions of its new F-150 — the most popular light vehicle in the country for years — earned a marginal rating in the test. Ford announced it would make structural changes to the 2016 version of the truck in order to fix the problem.

While automakers are in the process of updating to meet this new standard, the models that continue to fail this new test, and even still perform poorly on some of the others, are generally models that have not been updated in some time. “The common thread there is an older vehicle that hasn’t been through a redesign in quite a few years,” Rader said. “The CX-9, for example, was introduced in 2007, before we launched the roof strength test or the small overlap test.” The 2-door Jeep Wrangler, made by Fiat Chrysler (NYSE: FCAU) which received a marginal or poor rating in three of the four categories it was tested in, has not been significantly updated in nearly a decade.

It is difficult to determine the extent to which Americans are discerning when it comes to the safety ratings of these vehicles. Most of the cars, trucks, and vans on this list are not among the top U.S. sellers, and some, such as the Nissan Quest, Lincoln MKS, and Mazda 5, have sold less than 10,000 units through the first seven months of 2015..On the other hand, the Jeep Wrangler and Ford Escape, which are in the top 20 for U.S. auto sales this year, each receive a poor rating on one major crash test conducted by IIHS.

Consumers should be paying attention to ratings such as this, Rader said. “When people go out looking for a new car, they assume that because it’s for sale, it meets safety standards and is a safe vehicle. And while all vehicles have to meet certain [government regulated] safety standards … not all vehicles are the same for crashworthiness performance. There are still important differences out there. And that’s why it is important for consumers to check crash test ratings before they buy.”

To be considered one of the least safe cars in the country, there had to be a 2015 edition of the model available for sale in the U.S., ad that model needed to receive a poor rating in at least one of the major categories tested by IIHS, which includes small overlap front, moderate overlap front, side, roof strength, and head restraints and seats. Year to date car sales were through July, and were provided by Kelley Blue Book. The 2015 models were not necessarily tested by IIHS, but in some cases an earlier year of the model was used and the results carried over, as long as the car’s generation had not changed, and the manufacturer had made no updates that could potentially change the safety of the vehicle. In some cases multiple configurations of the model were tested. To be listed, only one configuration of the vehicle needed to meet our criteria to pass. It should be noted that IIHS has made no claim about the vehicles listed here being dangerous, those words are 24/7 Wall St.’s alone.

These are the most dangerous cars in America.