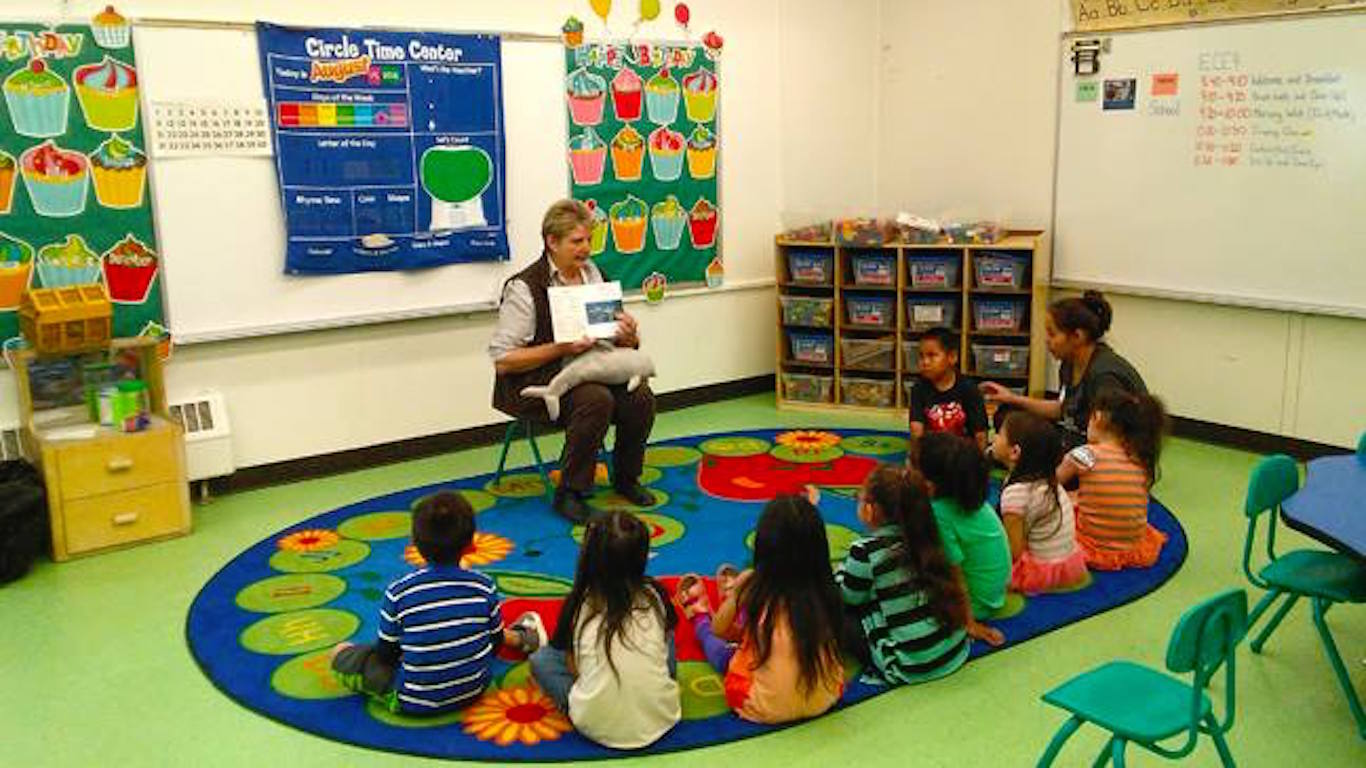 The North Slope Borough School District spends $36,981 per student per year, more than three times the typical amount spent nationwide. The nation’s northernmost school district is also the largest in the country by area, covering roughly 89,000 square miles. Much of the per student spending in the district is likely necessitated by to geography and climate. Challenges related to student transportation, lighting, and heating likely make basic public school services abnormally expensive in North Slope.

The school district’s graduation rate demonstrates the complicated relationship between investment and outcomes in the realm of public education. Despite spending more per student each year than only three other districts nationwide, North Slope’s high school graduation rate is only 45%-49%, well below the nationwide 82.3% rate. 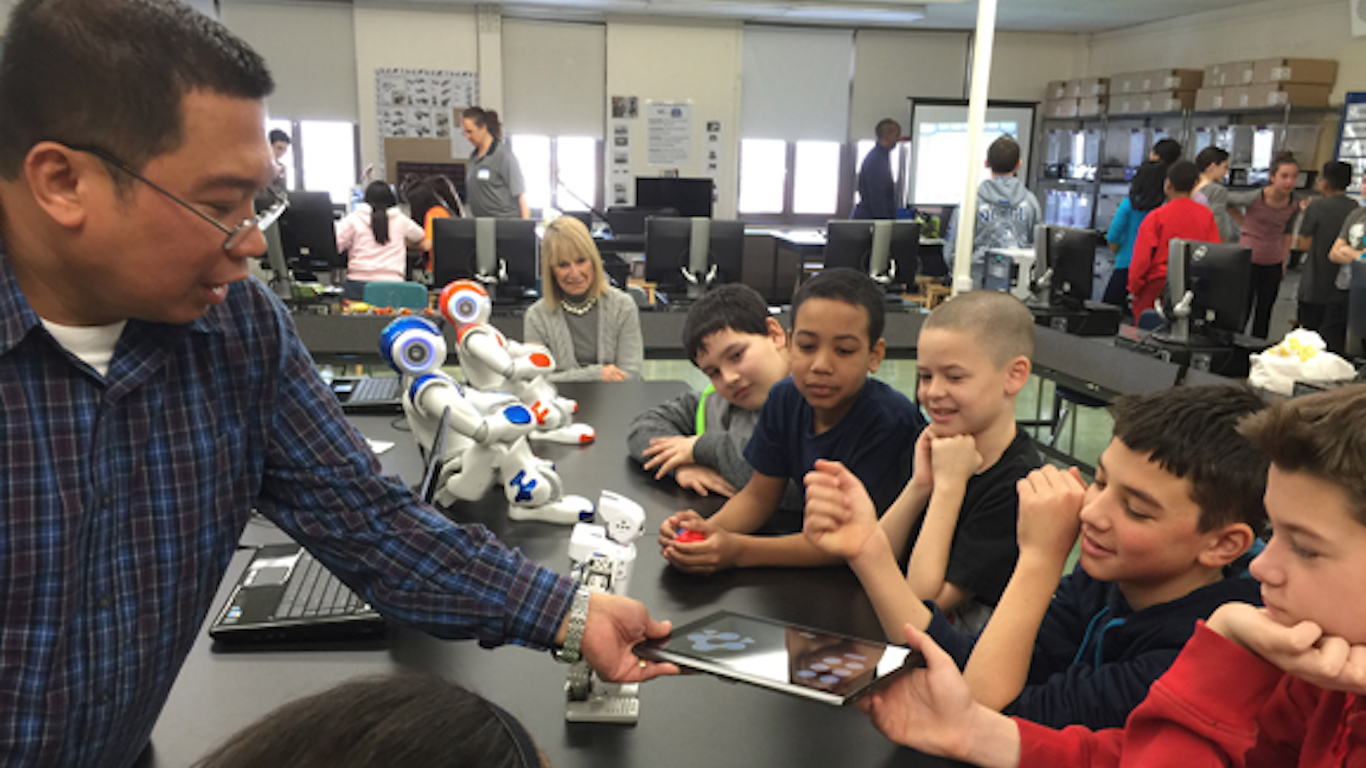 The median household income in the Island Park Union Free School District is $70,771 a year, far higher than the $53,657 the typical American household earns a year. Like many other affluent New York school districts spending relatively large sums on their students, a disproportionate share of the district’s funding comes from local taxes. Meanwhile, only 11.0% of the district’s funding comes from state coffers, a considerably smaller share than the 46.7% the average school district gets from its respective state government. 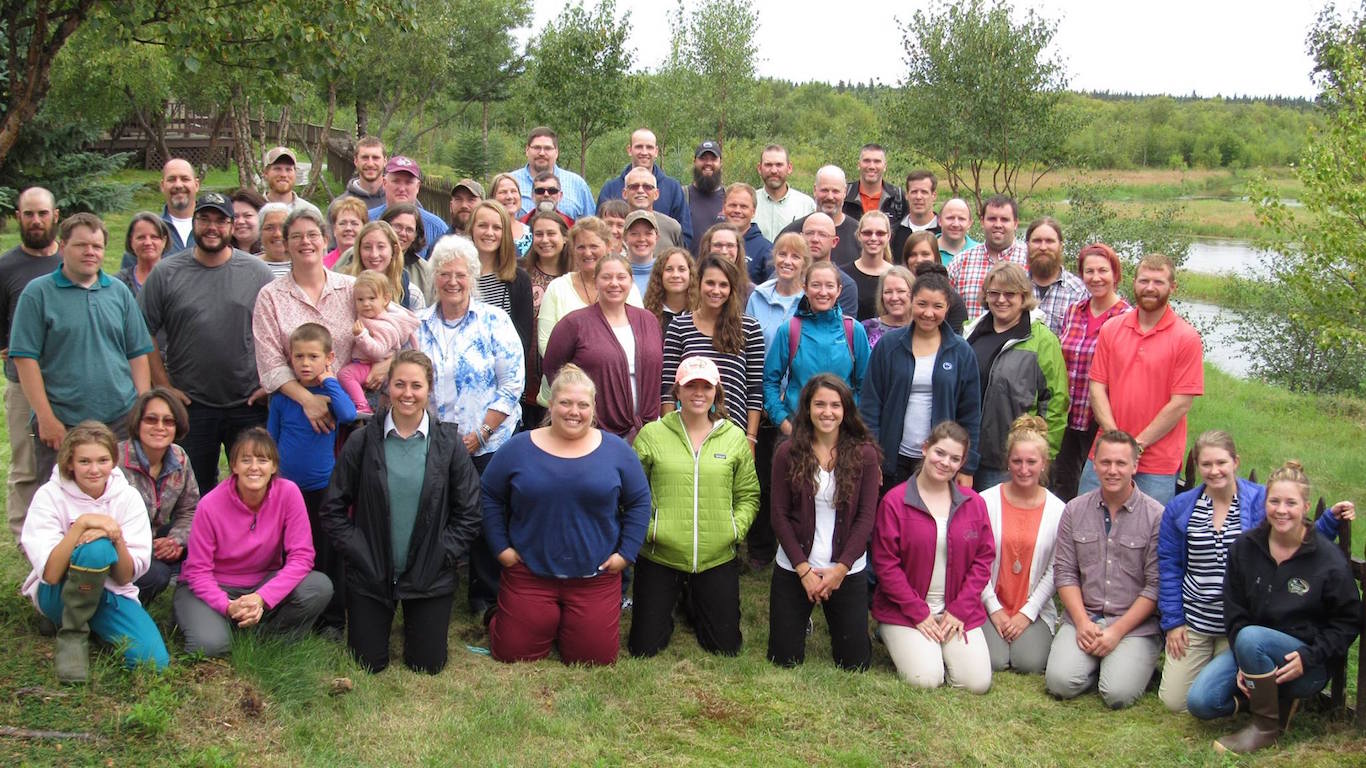 The typical household in the Lake And Peninsula School District earns $47,143 a year, considerably less than the statewide median income of $71,583. Despite the relatively weak tax base, the school district spends $43,256 a year per student, more than all but one other school district in the United States. Because local residents do not have the the income to fund area schools, a disproportionate share of the district’s budget comes from state and federal coffers. Only 22.1% of the budget comes from local sources, less than half the share school districts typically receive from local taxes. Meanwhile, 17.5% of the district’s revenue comes from the federal government, more than double the proportion school districts typically get from Washington. 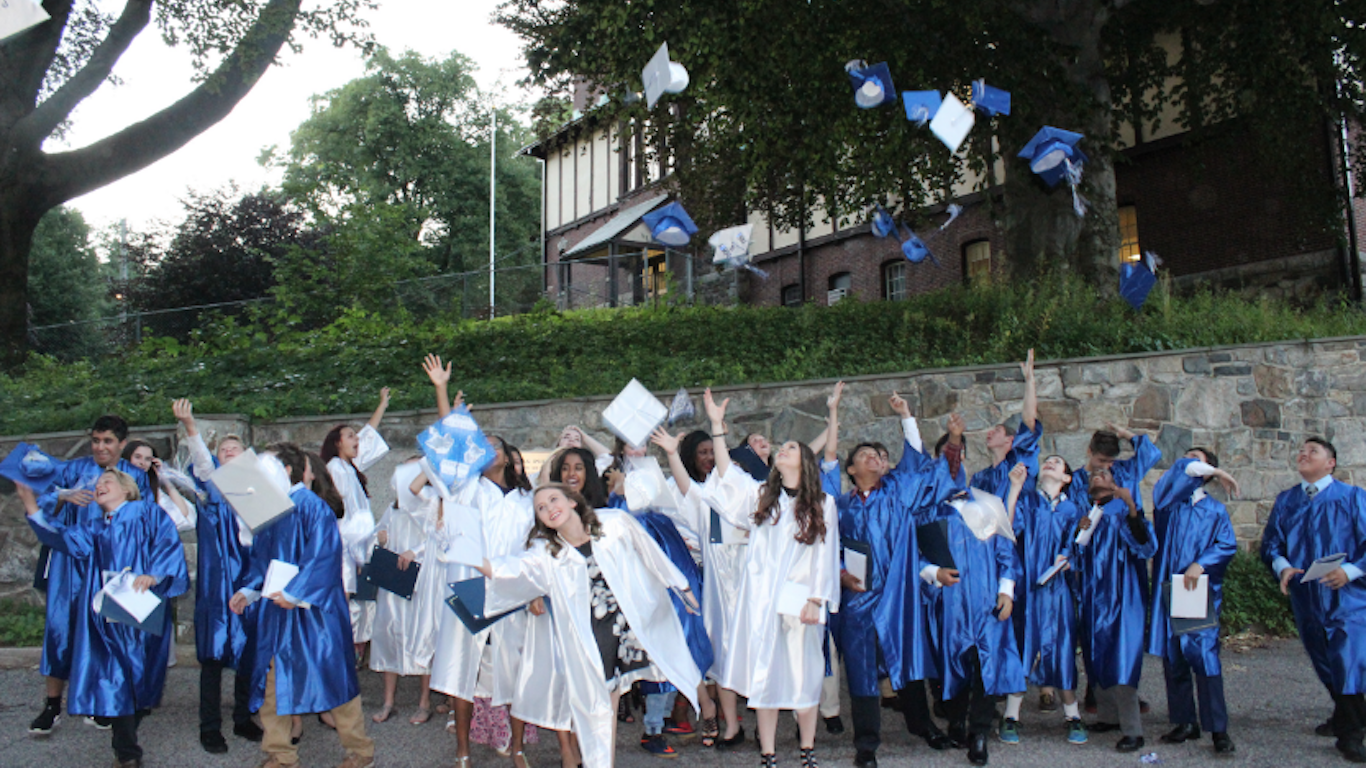 New York spends more per pupil on public schools than any other state in the country. It is perhaps no surprise that the state is also home to the nation’s highest spending school district. The Pocantico Hills Central School District spends $63,760 per student each year, nearly six times the amount the typical American school district spends and more than $20,000 more than the second highest spending district.

Low enrollment and a strong local tax base largely explain the high per pupil spending in Pocantico Hills. The typical household in the school district earns nearly $100,000 a year, far more than the $53,657 national median household income. The high tax revenue collected in the area is spread across a relatively small student body. There are only 287 students in the school district, well below the 1,500 student threshold that typically represents an efficient economy of scale.