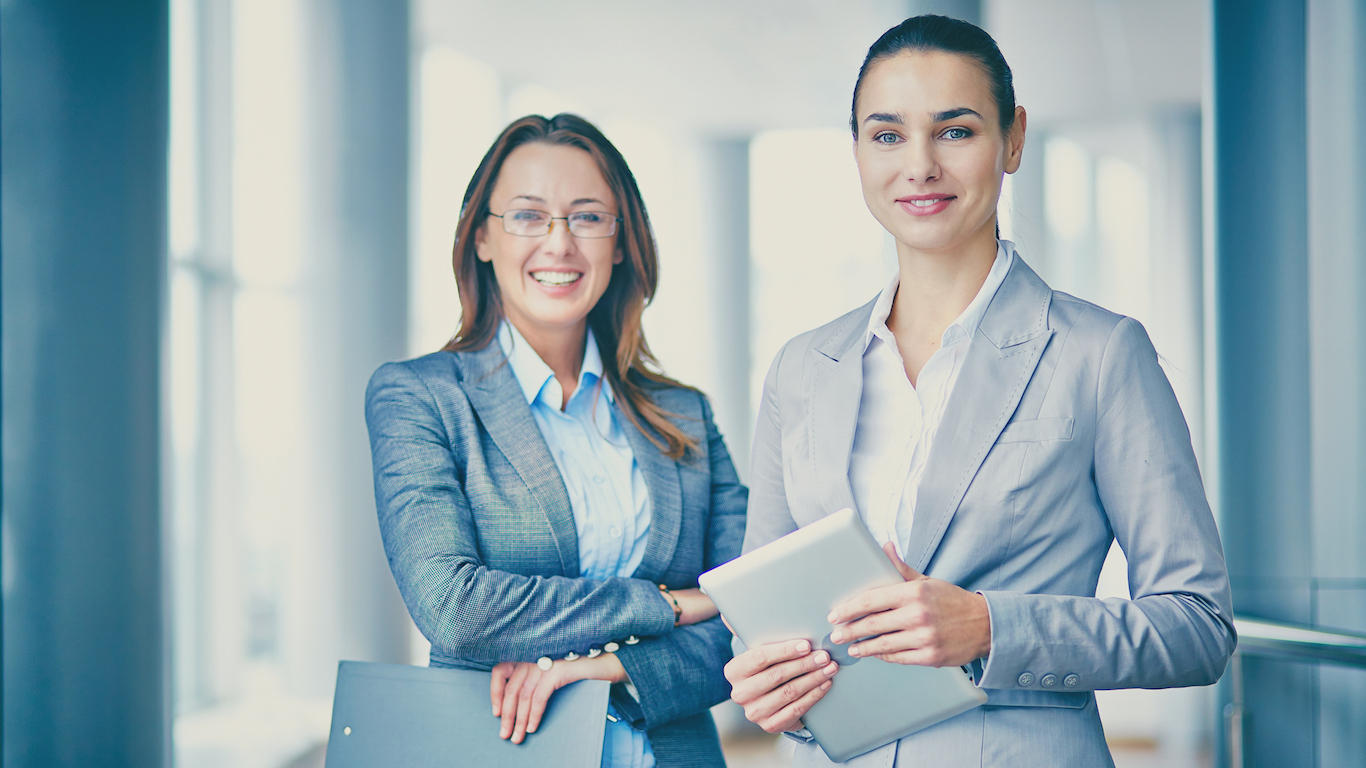 Weekly wages among female financial services sales agents increased by 22.8% last year, an exceptionally large growth especially when compared with other jobs on this list. Still, in contrast to the improvement across all jobs, the occupation’s gender wage gap is much worse than it was a decade ago and remains one of the worst of any job. Female weekly wages are 21% lower than in 2007, versus a slight increase for male wages over that period. 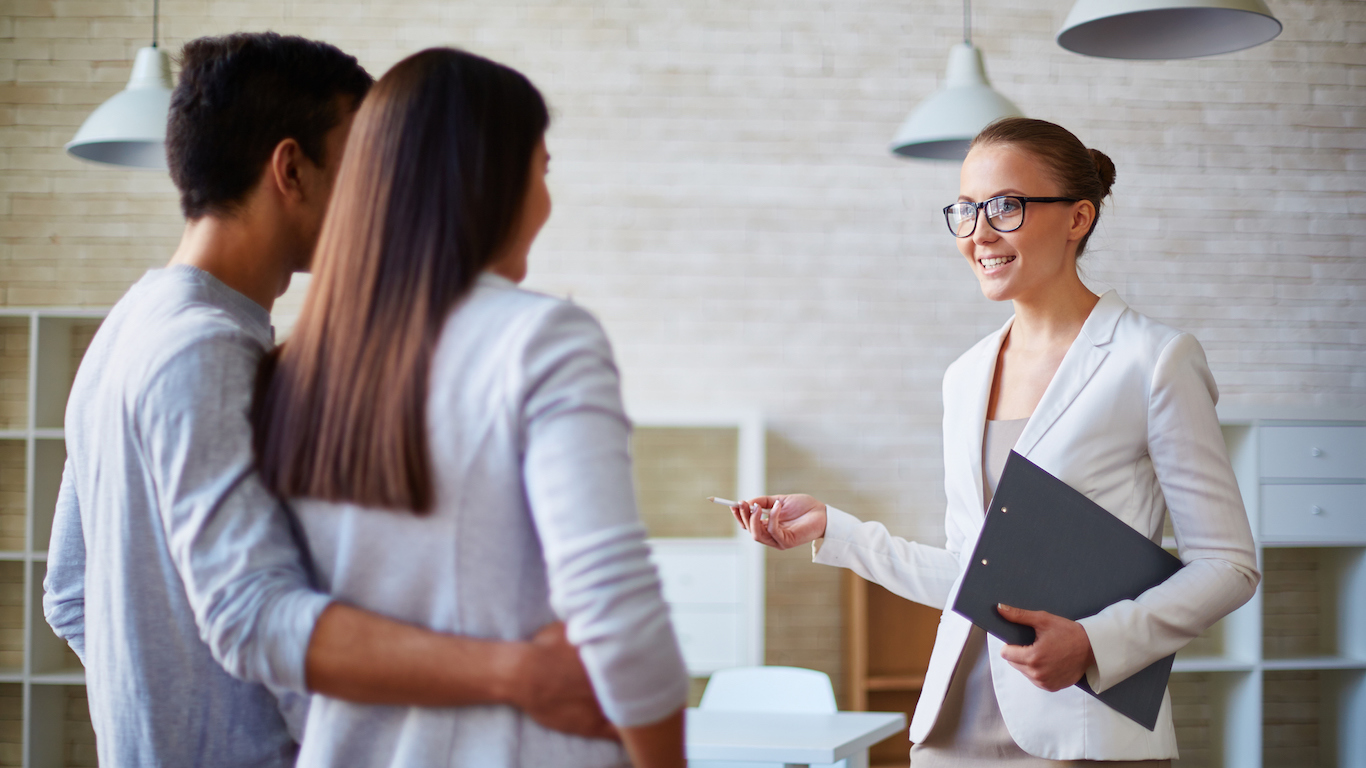 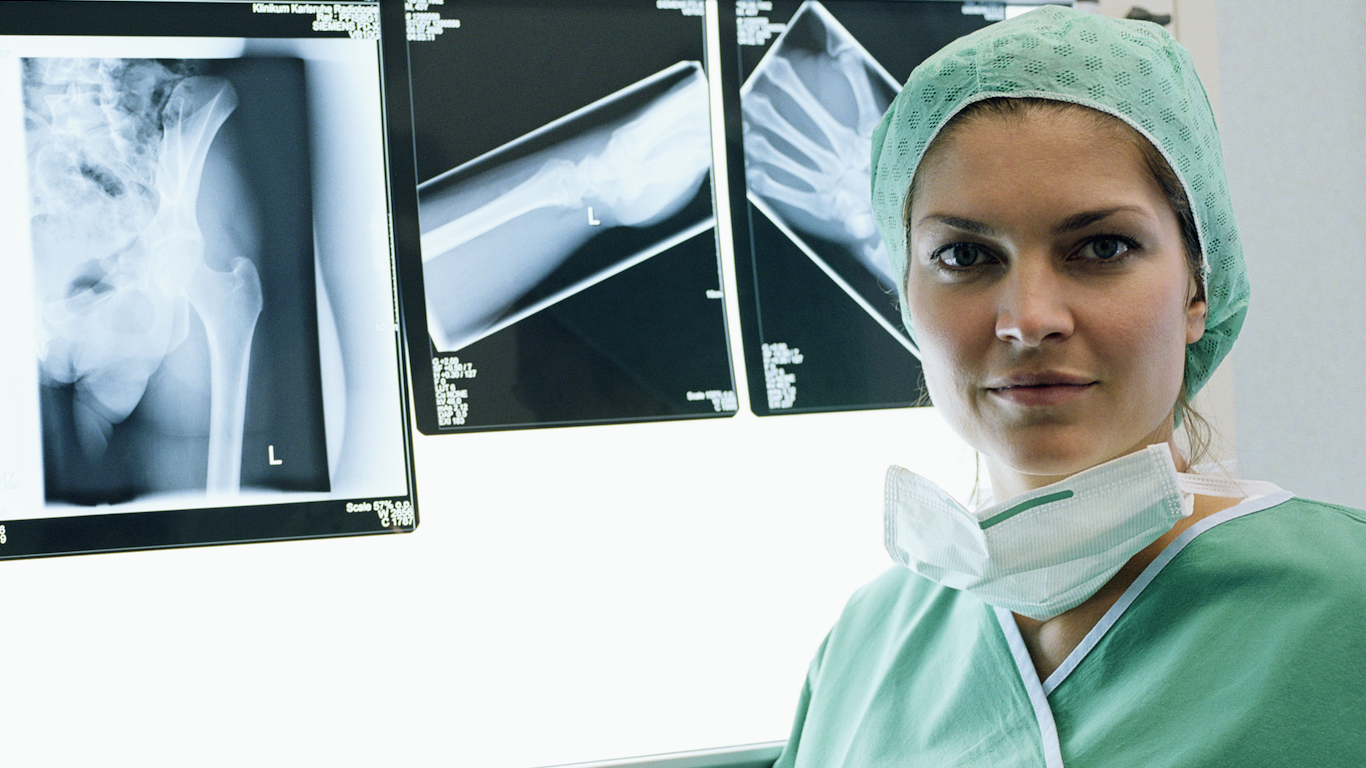 Male physicians and surgeons outnumber women in the profession, and are paid more. Women earn only 63 cents for every dollar men earn in the same positions. The lower pay of women may have little to do with their minority status in the field. According to a 2015 study published by the Journal of the American Medical Association, men earn considerably more than women in nursing as well, an occupation traditionally dominated by women.

Wages for physicians and surgeons have grown considerably in the last 10 years and unlike most of the worst jobs for women, the gender pay gap is closing. Men in the field earn 12.5% more compared to 10 years ago, and women earn 19.8% more than in 2007. 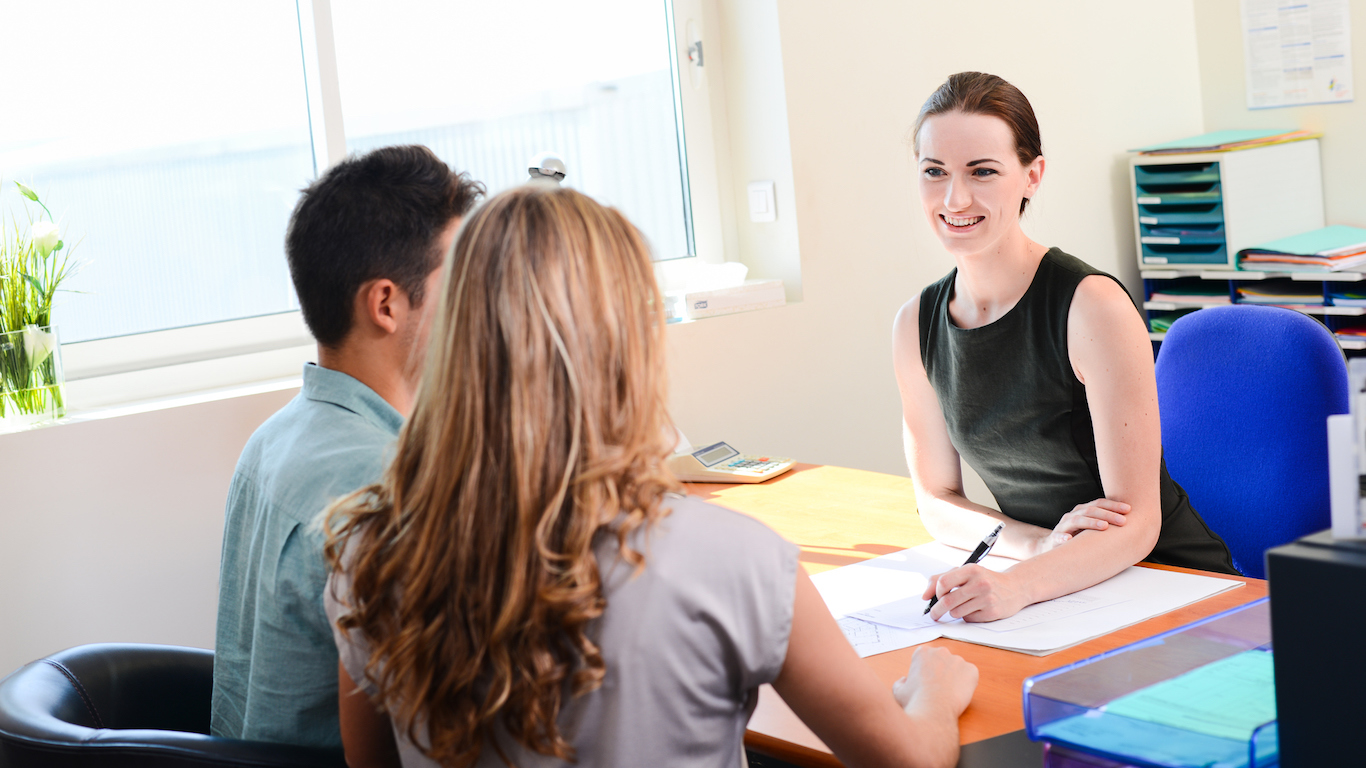 Many jobs with the largest gender pay gaps are in sales — but nowhere is the gap greater than among insurance sales agents. The occupation is one of only two in the country where women earn less than 60% of what men in the same roles earn. And like many other jobs on this list, the pay gap for such workers is getting worse. Median earnings for women in insurance sales has decreased by 9.5% in the last decade. Meanwhile, men in the same job have benefitted from a 4.8% earnings increase over that period. 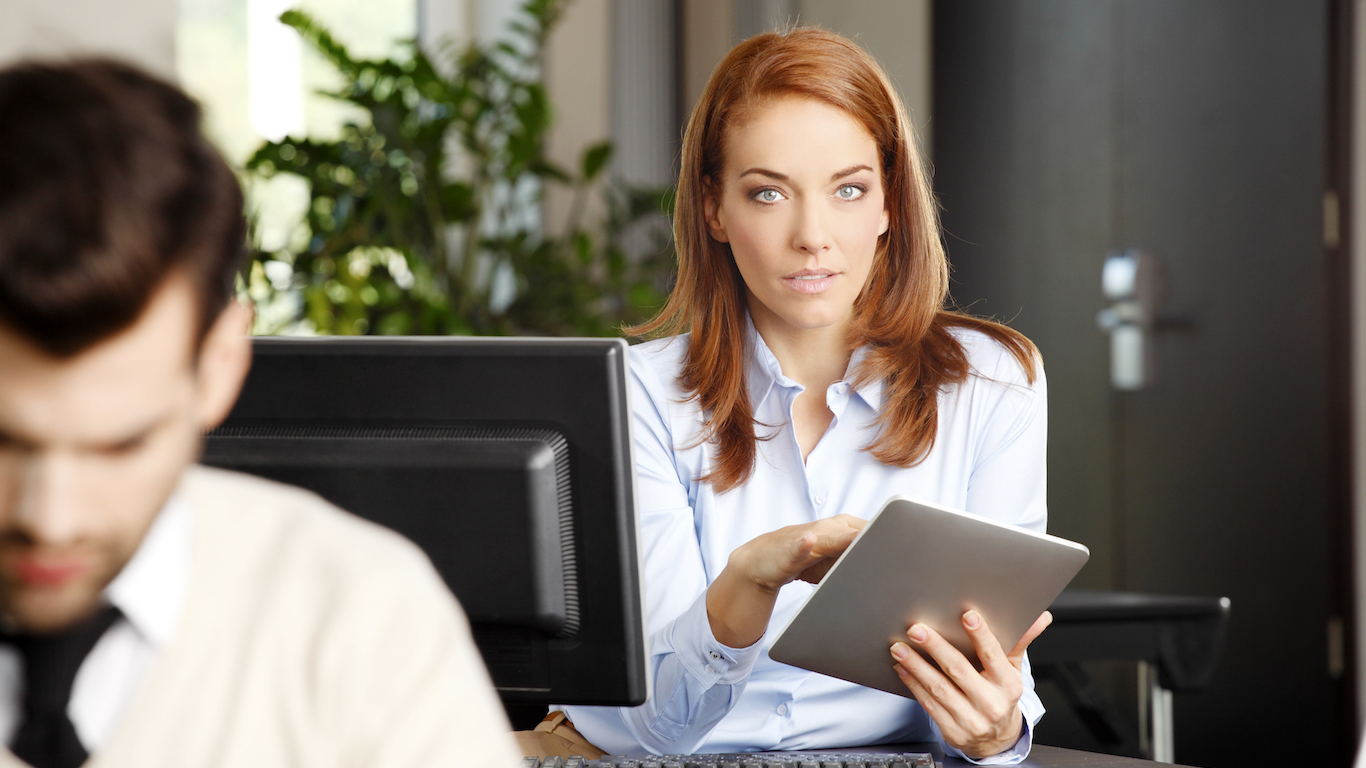 No job has a wider pay discrepancy between men and women than personal financial advisors. The typical female worker in the job earns less than $1,000 a week compared to the median weekly wage for men in the occupation of $1,714.

A March 2017 paper published by the National Bureau of Economic Research found that following an incidence of misconduct, females in the financial advisory industry tend to face harsher punishments and are less likely to find new jobs compared to male employees. Researchers also found evidence that despite the harsher punishments, incidents involving women were on average less costly, and women were less likely than men to repeat offenses. The discrimination was found to be greater at firms with greater shares of male workers compared to female workers. Across the United States, just 35.6% of personal financial advisors are women, well below the 44.3% share of full-time workers nationwide who are women.