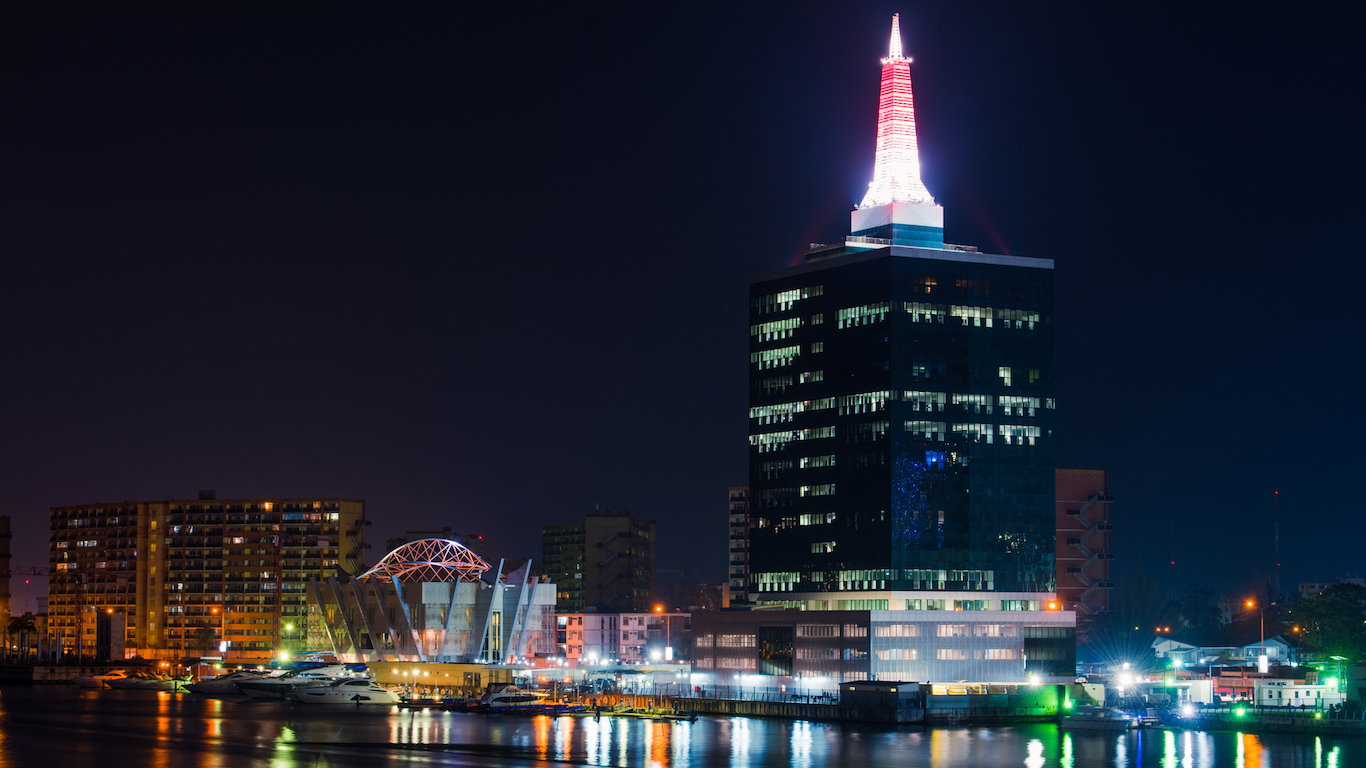 Despite Nigeria’s vast proven oil reserves — the second most of any country in Africa and the 10th most in the world — instability in the region has hindered foreign investment and limited economic development. Currently the seventh most populous country, Nigeria is expanding at a rapid pace and is on track to be the third most populous in the world by 2050. With resources spread thin across the nation, just $118 is spent on health care per Nigerian annually, approximately 1% of the health care expenditure for the average American. The country’s average life expectancy at birth is just 53 years, 26 years less than the U.S. life expectancy. 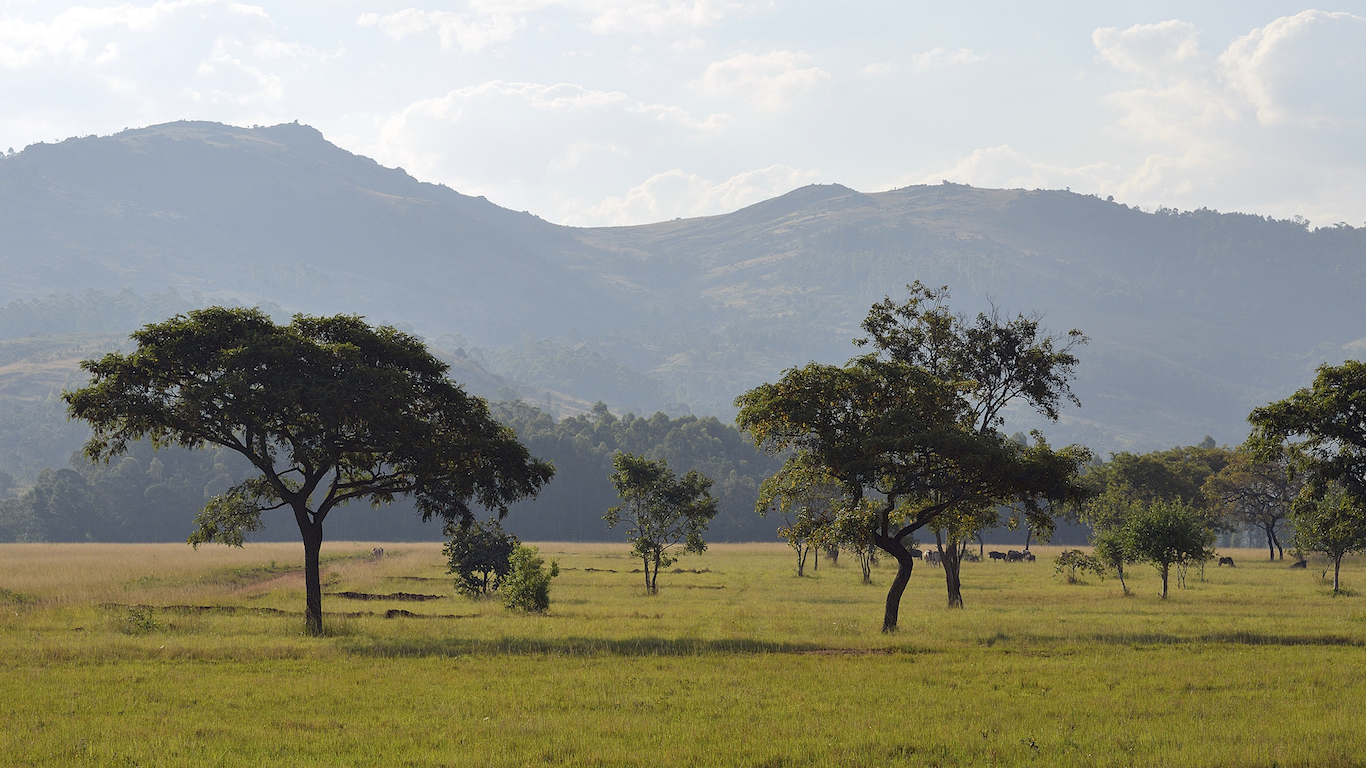 The average person born in the southern African monarchy of Swaziland today is expected to live to be just 48.9 years old, 30 years less than the average person born in the United States today. Chief among the many factors contributing to the nation’s poor health is the AIDS epidemic. According to UNICEF, Swaziland has the highest recorded incidence rate of HIV on Earth. The World Bank estimates that a staggering 28.8% of the population aged 15-49 is afflicted with the virus.

HIV/AIDS is not the only deadly disease presenting a national health crisis in Swaziland. The country has nearly the highest annual incidence rate of tuberculosis. Approximately 7% of deaths are due to TB, making it the third leading cause of death in the country. 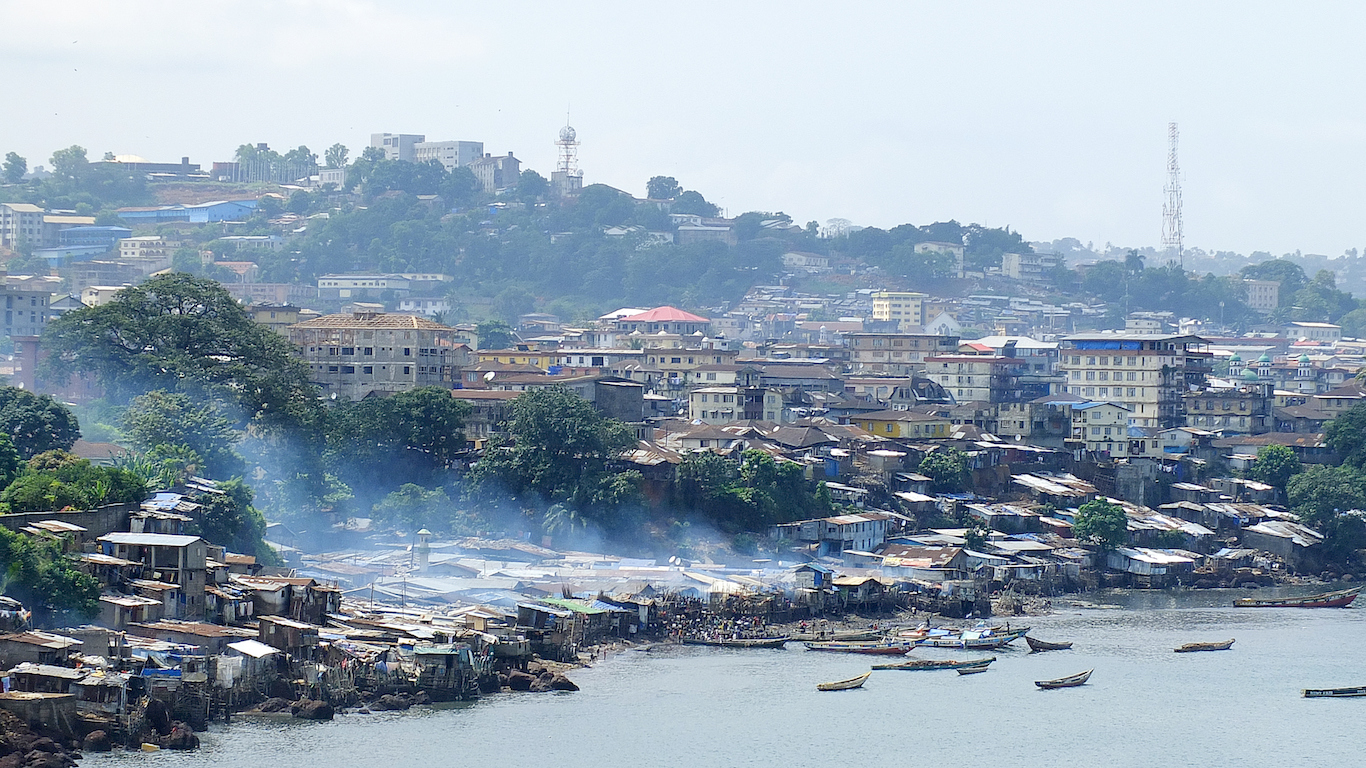 Indicative of poor overall health and health care facilities, child birth is significantly more deadly in Sierra Leone than anywhere else in the world. Some 1,360 mothers die during childbirth for every 100,000 live births each year, by far the worst maternal mortality rate of any country considered. Not surprisingly, life expectancy is also extremely low. At birth, the typical Sierra Leone resident is expected to live only 50.9 years.

Sierra Leone resembles most other unhealthy countries in several measures. Slightly more than 60% of the country’s 6.3 million residents live in rural areas, and many lack basic amenities. Only 47.8% of the nation’s rural population has access to clean water, and almost none have access to electricity. 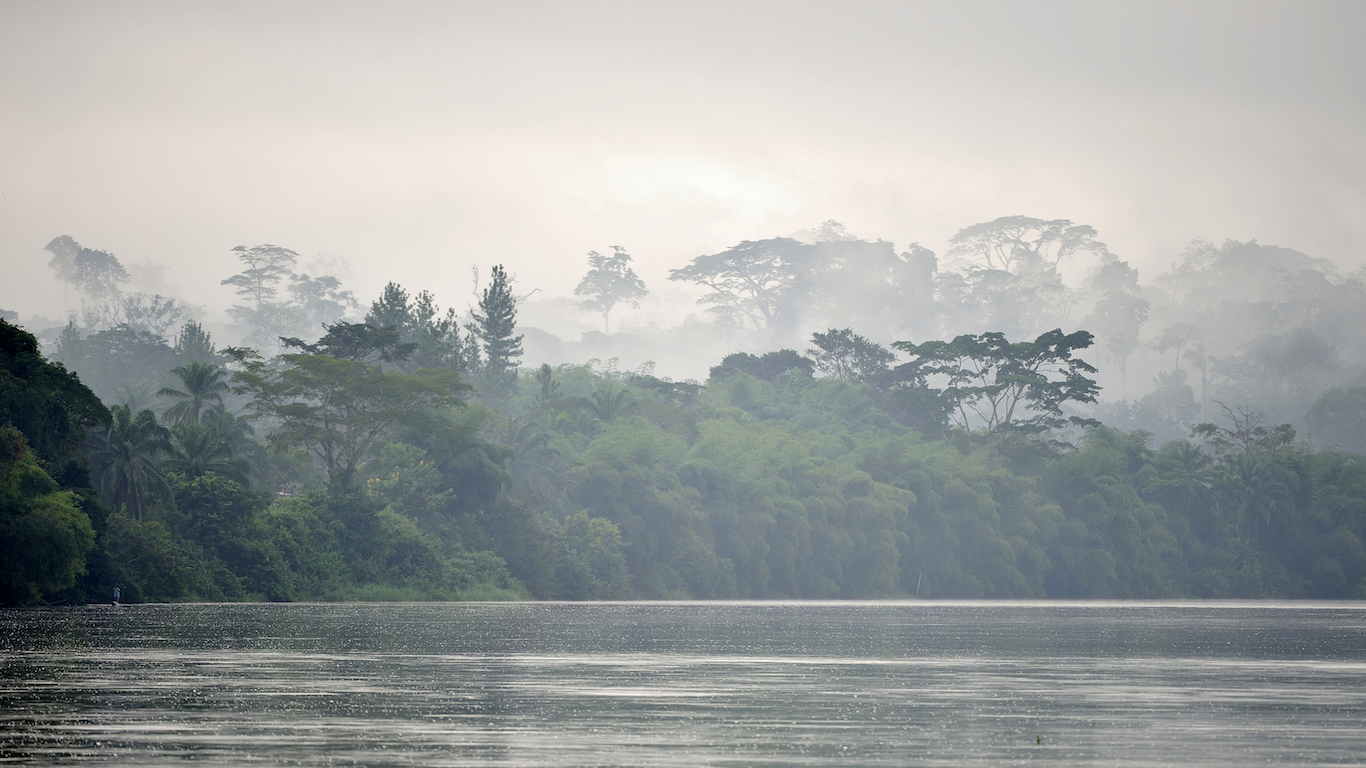 Infant and maternal mortality rates are often used as proxies for both the health of the population and the quality of the health system. In Central African Republic, about 880 mothers die for every 100,000 live births, and roughly 90 children die before the age of one for every 1,000 live births — each nearly the highest rate in the world.

The country’s poor health outcomes are also tied to conditions accompanying extreme poverty, such as the population’s minimal access to medical treatment and healthy food. The nation’s GDP per capita of $628 is one-89th the U.S. GDP per capita. As might be expected, annual health spending in CAR is also extremely low, at just $16 per person. In dozens of nations, at least $1,000 is spent per person on health. 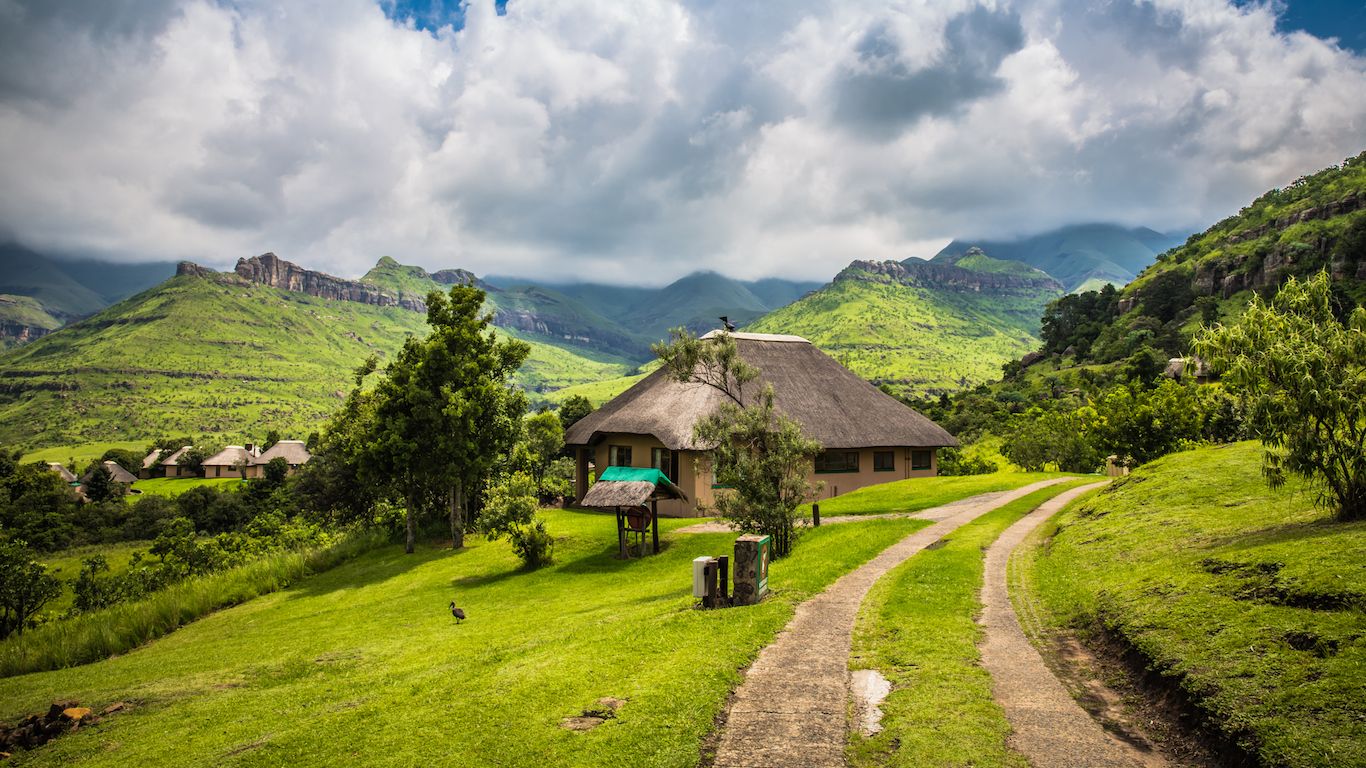 Lesotho is encompassed entirely by South Africa, another country with some of the worst health outcomes in the world. Like its neighbor, both TB and HIV are major problems in Lesotho. For every 100,000 people, there are 788 new cases of tuberculosis annually, and 22.7% of country residents aged 15-49 are HIV positive — each the second largest share of any country with available data. Some unhealthy behaviors vary considerably by gender. While only 0.4% of women smoke, slightly more than half of men do.

Like many unhealthy countries, Lesotho is primarily rural. Only 27.3% of the country’s 1.9 million residents live in urban areas, which tend to have greater access to basic amenities like electricity and clean water.