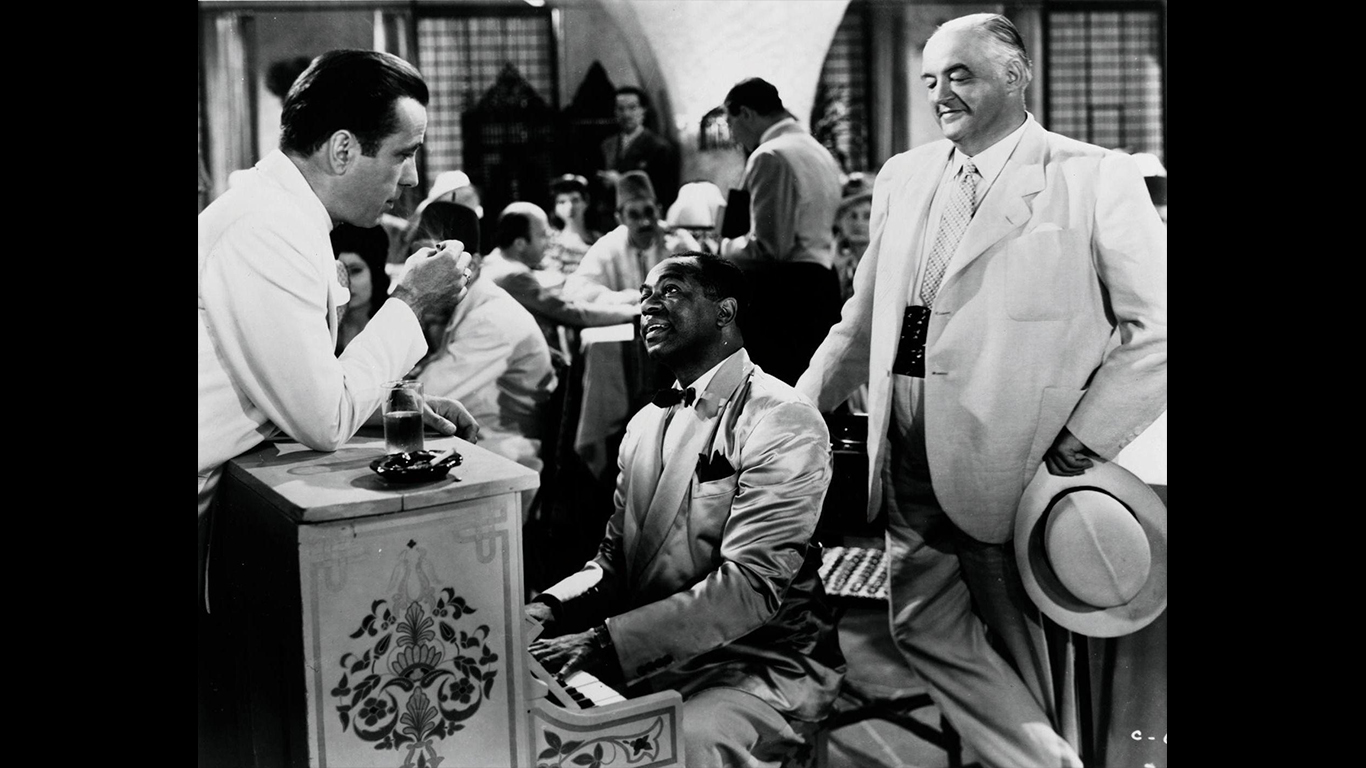 6. The piano player
Dooley Wilson, who played the piano player Sam, was actually a drummer by trade. The piano playing was in reality a recording of a performance by a professional piano player, who was playing behind a curtain. He was positioned so that Dooley could watch, and copy, his hand movements. Wallis had considered Lena Horne and Ella Fitzgerald, among others, for the part of the café entertainer before deciding on Wilson. Sam’s piano was sold for more than $600,000 at a New York auction in December 2012. 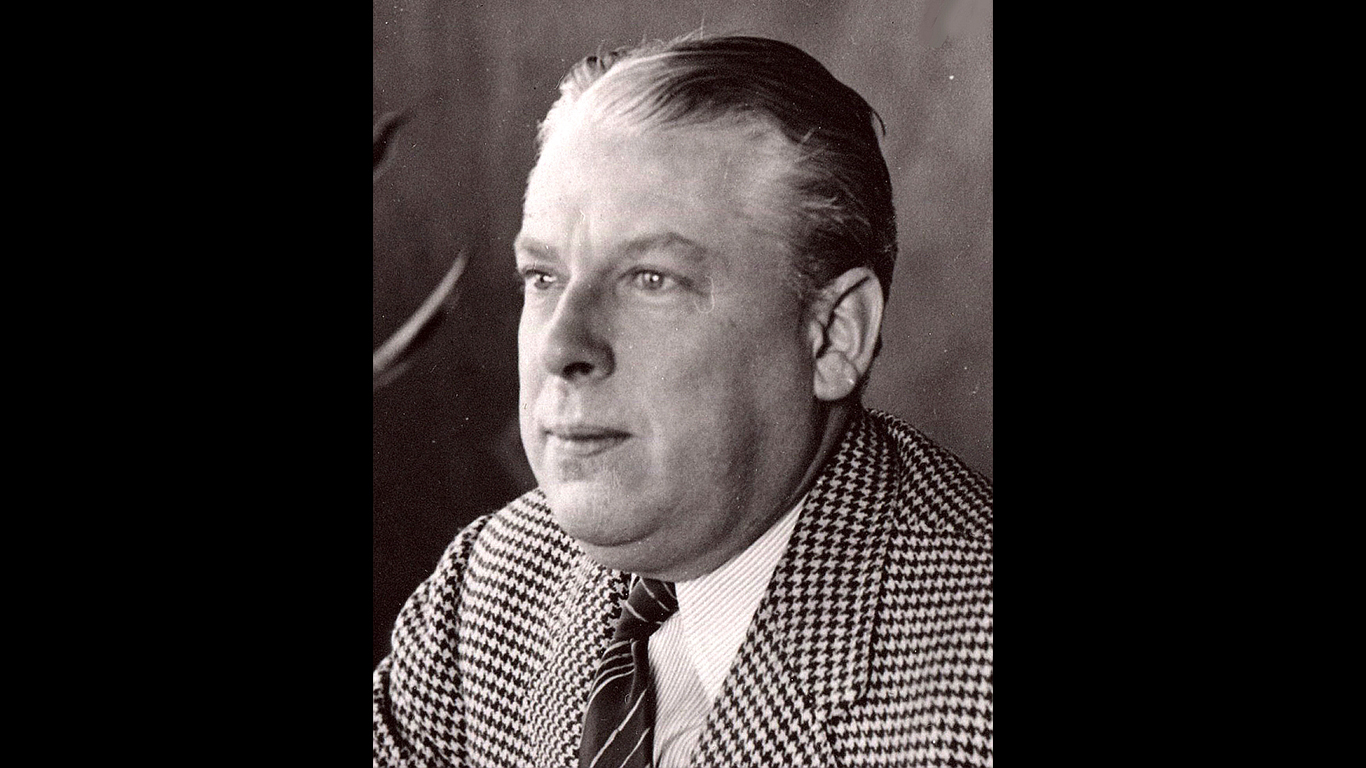 7. ‘As Time Goes By’
You can’t think of “Casablanca” without the song “As Time Goes By.” It was written by songwriter Herman Hupfeld in Clifton, New Jersey, at what was then called The Robin Hood Inn. Today, the place is a banquet hall and there is a plaque in the lobby of the establishment noting the song was written there.

8. Play it again, Sam
The line “Play it again, Sam” is never said in the film, even though Woody Allen used it as the title of one of his early movies. The closest anyone comes to saying it is when Bergman as Ilsa Lund comes to Rick’s Café Américain for the first time, sees the piano player Sam, and says, “Play it, Sam. Play ‘As Time Goes By.’” 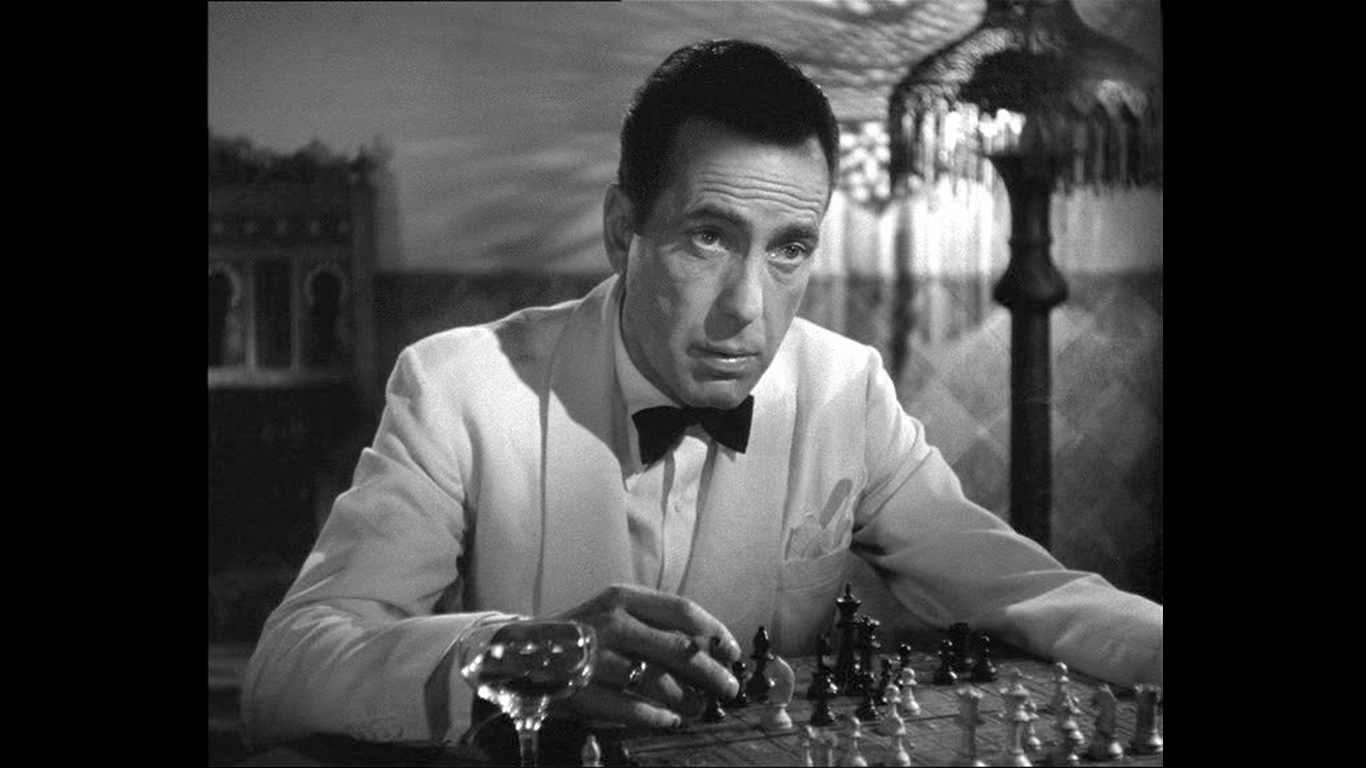 9. Just a pawn
Early in the movie, Bogart is shown playing chess with himself. The chess match in the film was a real game Bogart was playing by mail with a friend during filming. 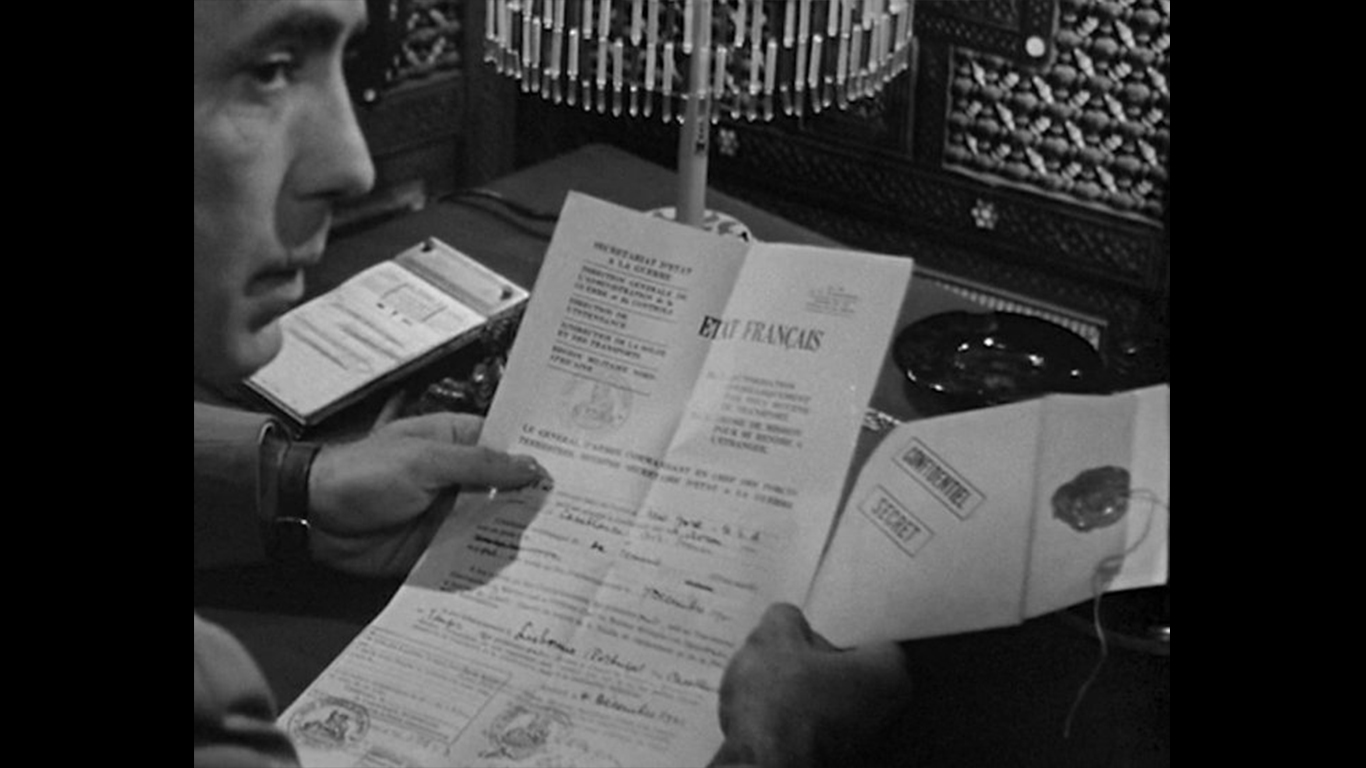 10. Letters of transit
The letters of transit — documents that would allow people to leave Casablanca for destinations such as Lisbon — figure prominently in the movie, but they did not exist. They were a plot device created by the screenwriters. Even if they did exist, why would the French Vichy government that controlled Casablanca recognize documents signed by Free French leader Charles DeGaulle? Playwright Joan Alison always expected this part of the story to be challenged but it never was.