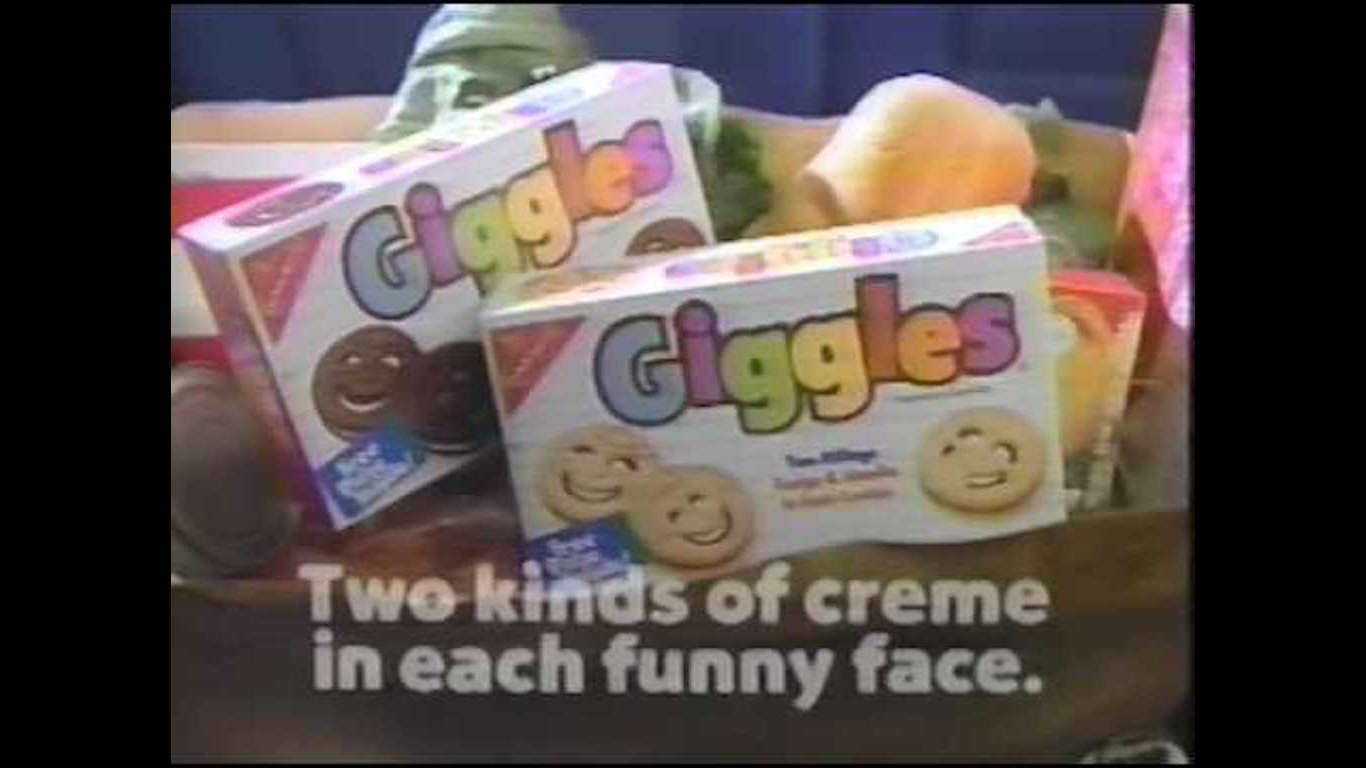 The happy face cookies, which would likely be branded as an emoji cookie today, was called Giggles Cookies back in the ’80s. Each Giggles was made of two shortbread cookies with fudge and vanilla cream smothered between them, Oreo-style. While they sound delicious, they only lasted on the market for about a decade. 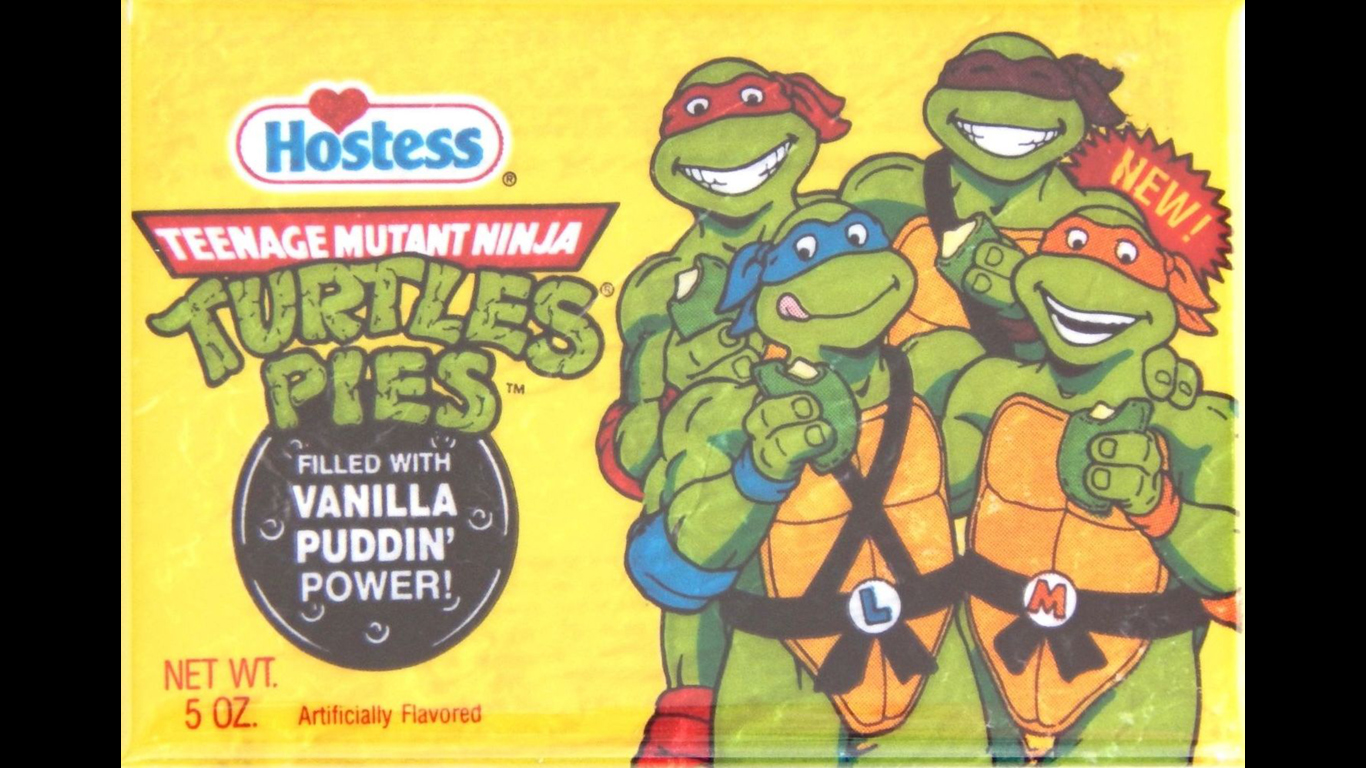 Fans of the Teenage Mutant Ninja Turtles likely have fond memories of these snack-sized pudding pies. While not the most aesthetically pleasing treat, the vanilla pudding enveloped in a sugary green crust was a hit among young children. Unfortunately, not even the most staunch fans could keep the product alive, and the pudding pies only lasted two years on the market. 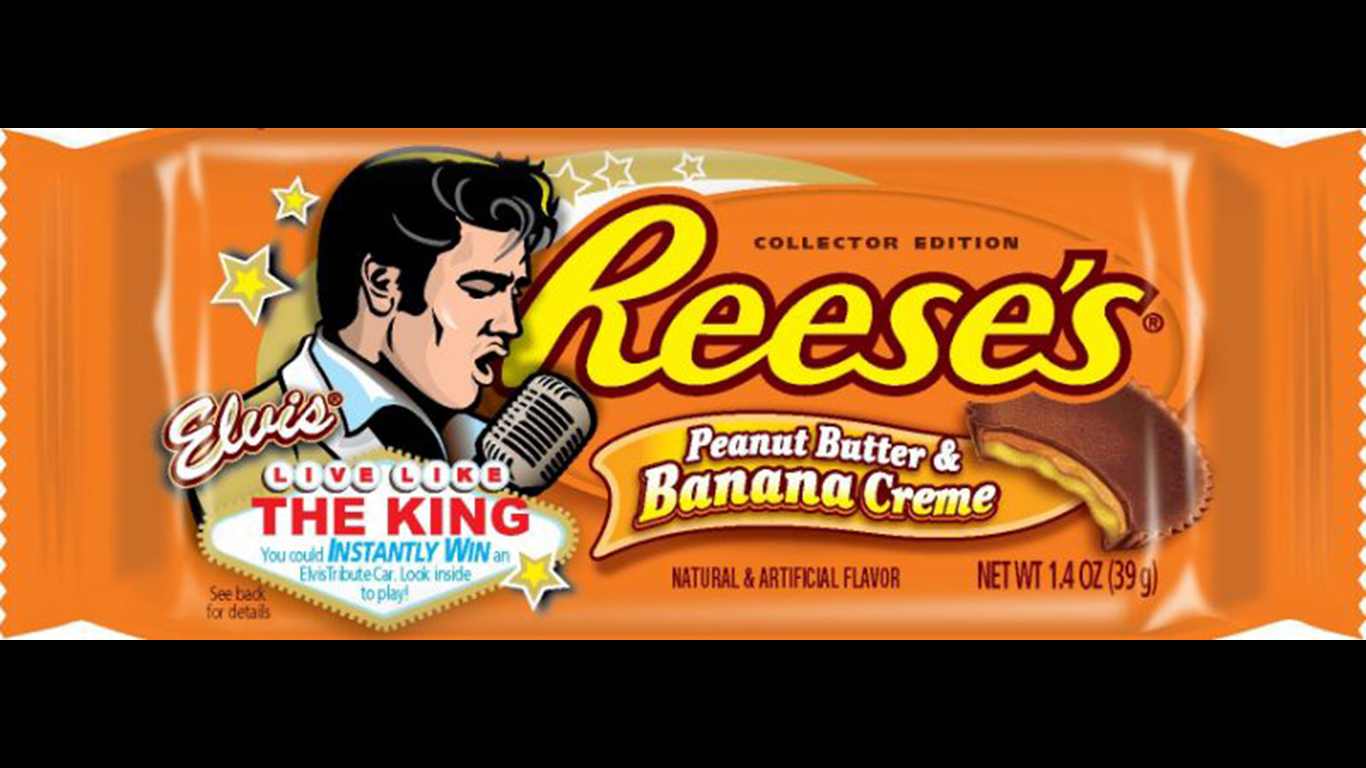 Source: Courtesy of The Hershey Archives

Labeled “Collector Edition,” Hershey released an Elvis Presley-inspired Reese’s Cup in 2007. This special edition was filled with peanut butter and bananas in honor of the King of Rock’s favorite sandwich. The limited-time-only treat left the building in 2008. 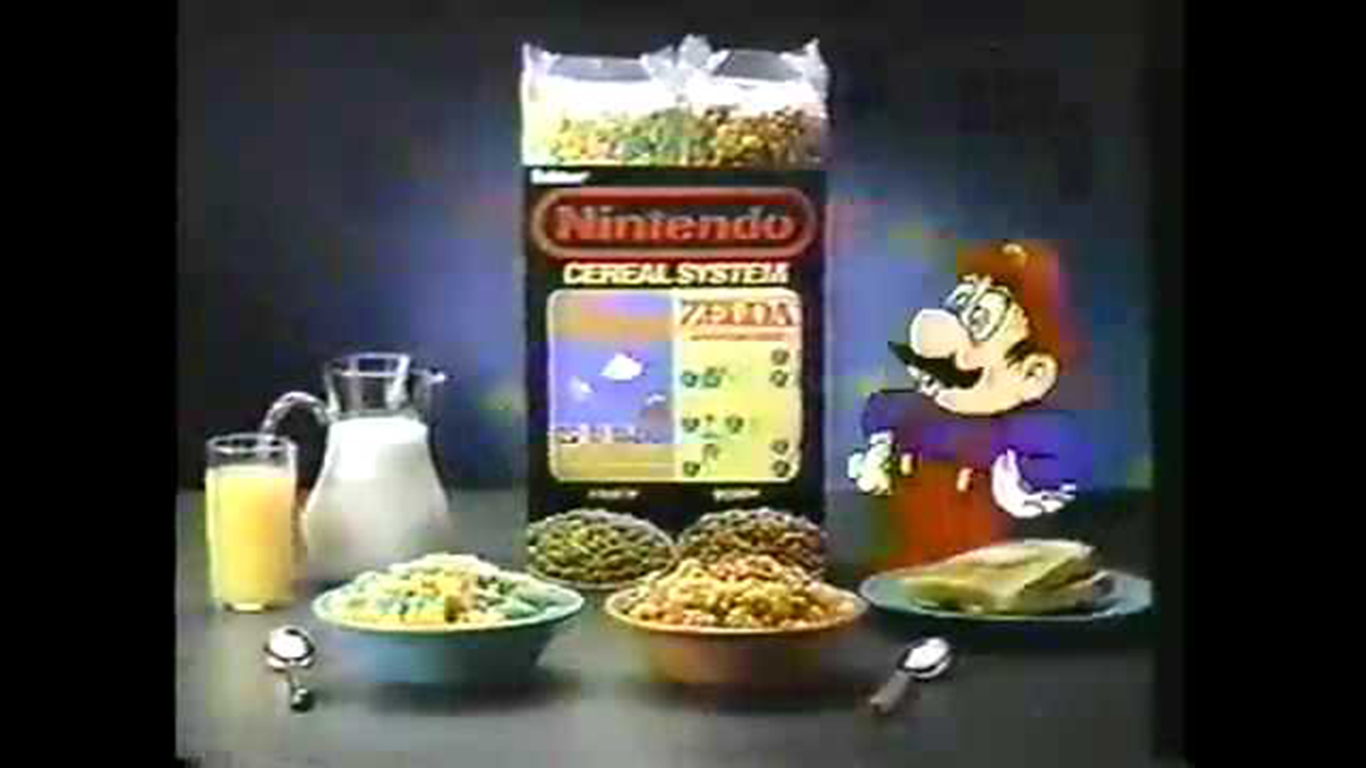 Gamers surely appreciated this cereal when it was in existence. The Nintendo Cereal System, as it was officially called, had two kinds of colorful cereal in each box, one for Super Mario Brothers and one for Legend of Zelda. The cereal, though, was not nearly as big a hit as the actual gaming device, and production came to a permanent halt just one year after its inception. 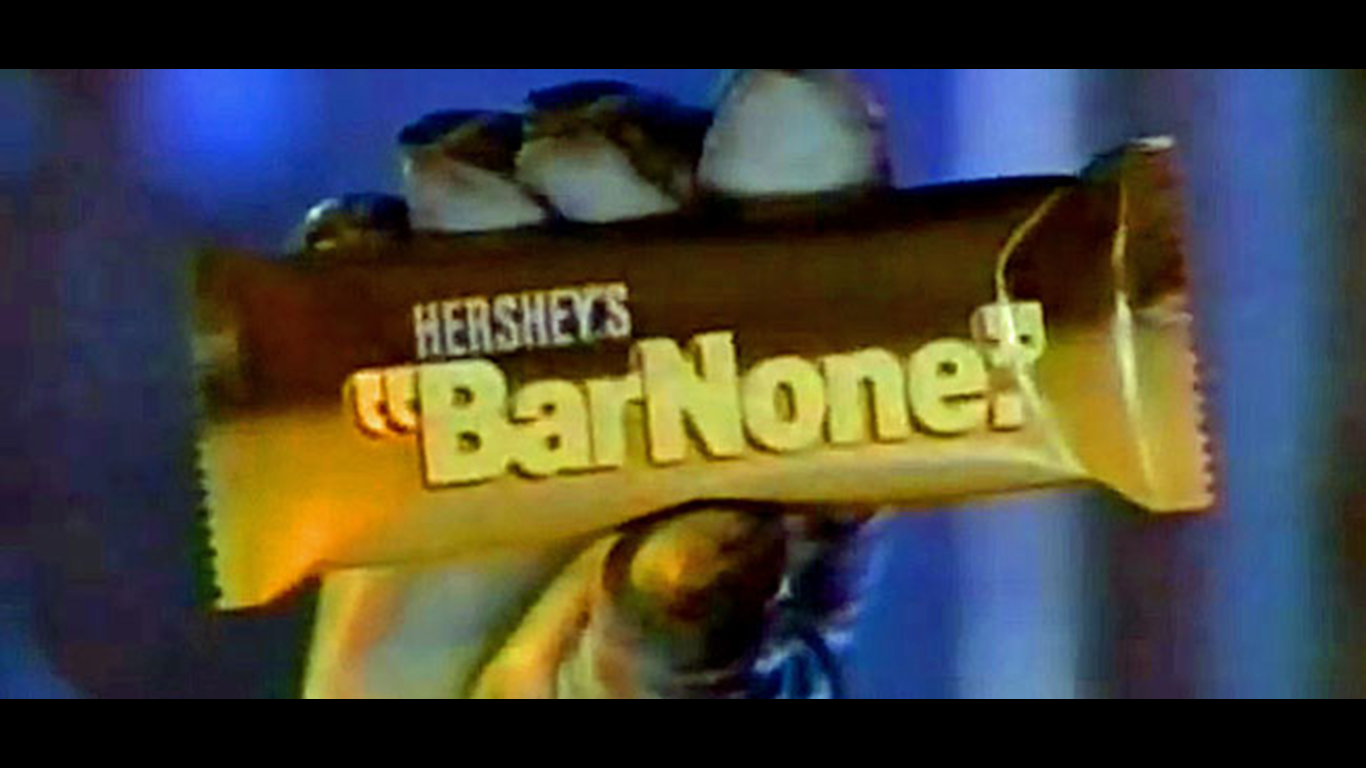 Hershey’s Bar None was introduced to the world in 1987. The chocolate cream-filled wafers were sprinkled with crushed peanuts and doused in a layer of milk chocolate. It’s no wonder that its slogan was “tame the chocolate beasty.” Bar None started to lose popularity after Hershey added caramel to the candy and split it into two bars. By 1997, the treat slipped into obscurity.