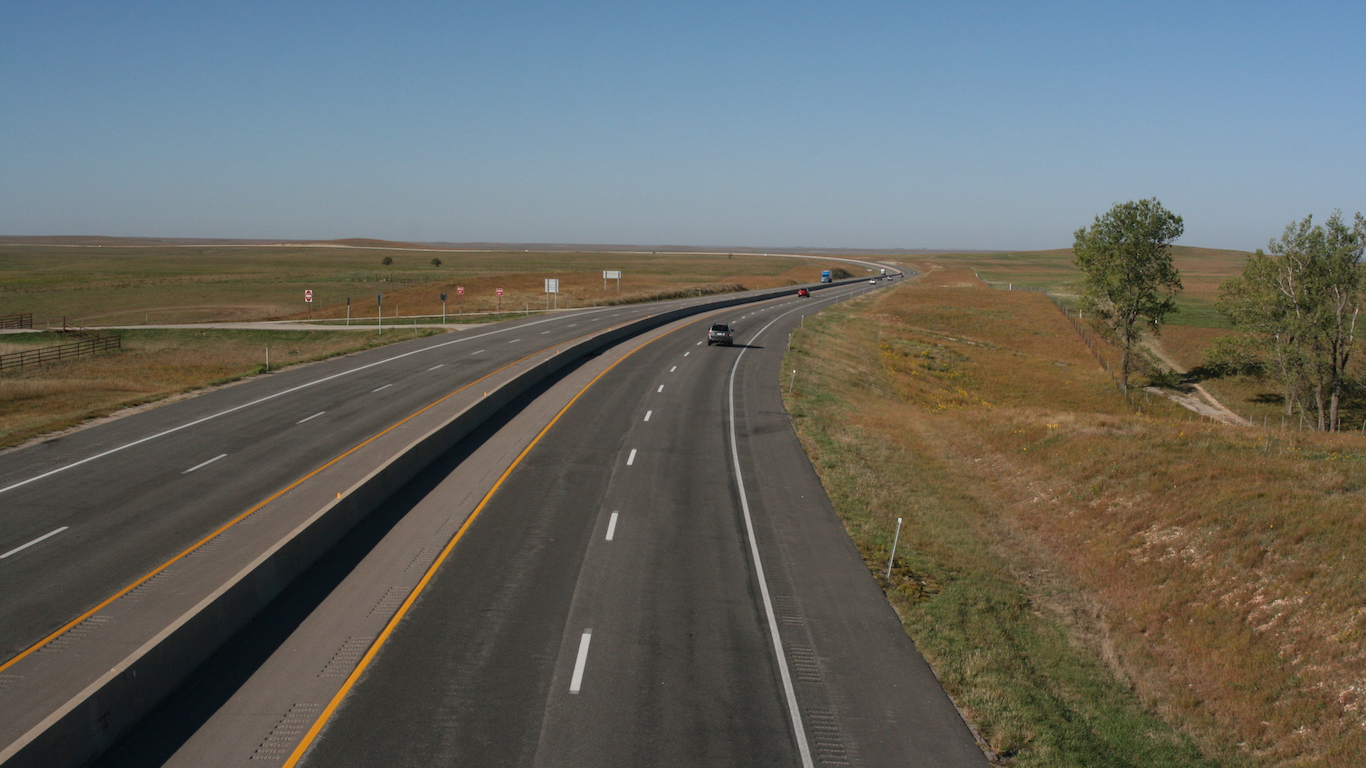 Less than 1% of Kansas roads are deemed unserviceable, the lowest share of any state. 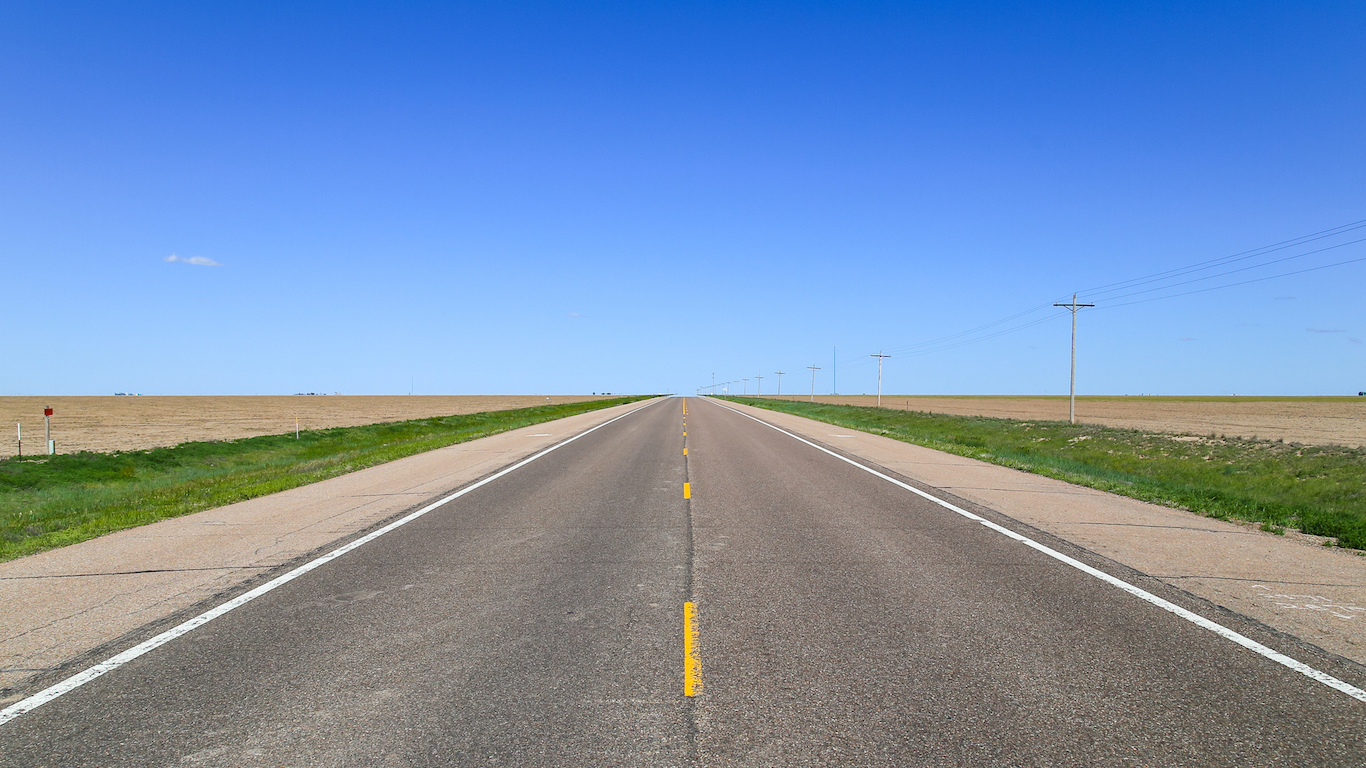 Kansas is flat and geographically homogeneous. Driving through the state can put many to sleep. 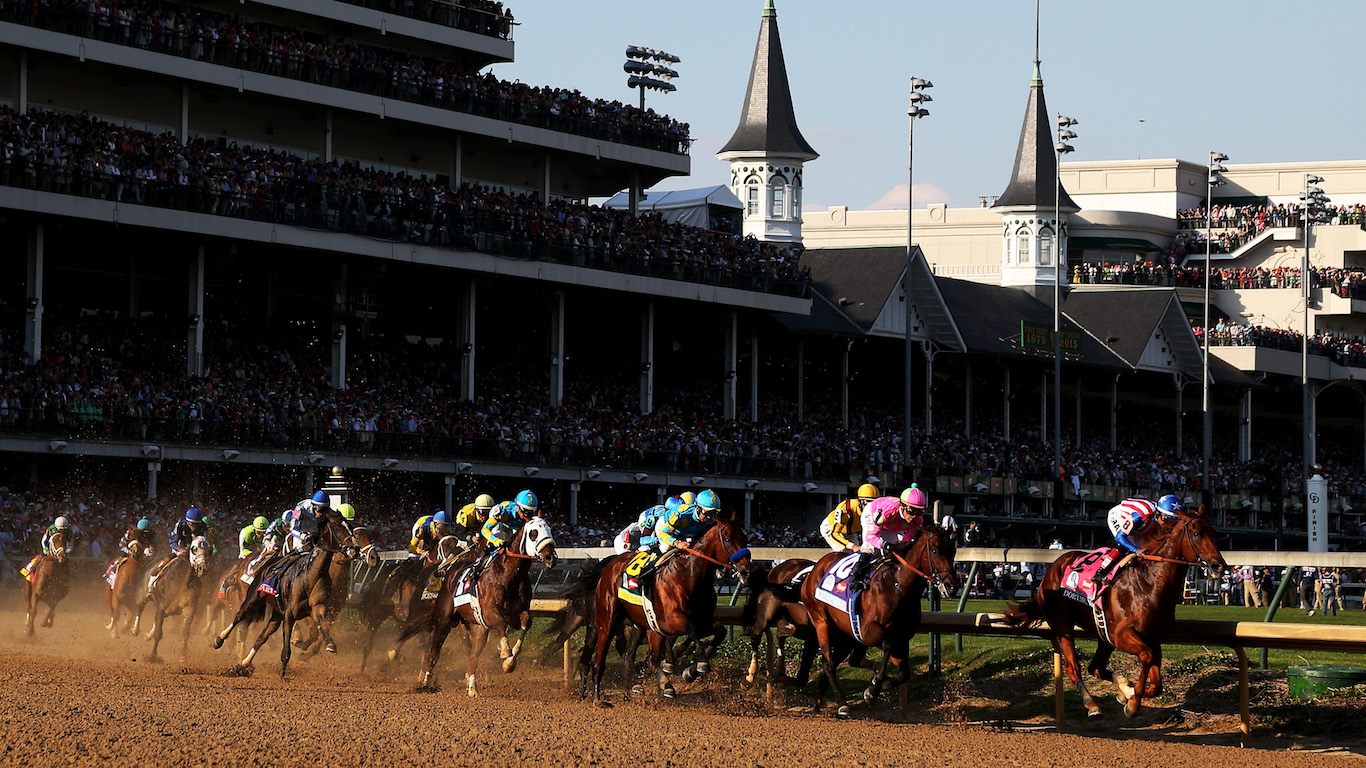 Home to the Kentucky Derby, the state is known for breeding and raising horses. Its famous bluegrass is ideal for horse pasture because it is considered nutritious and palatable for the animals. 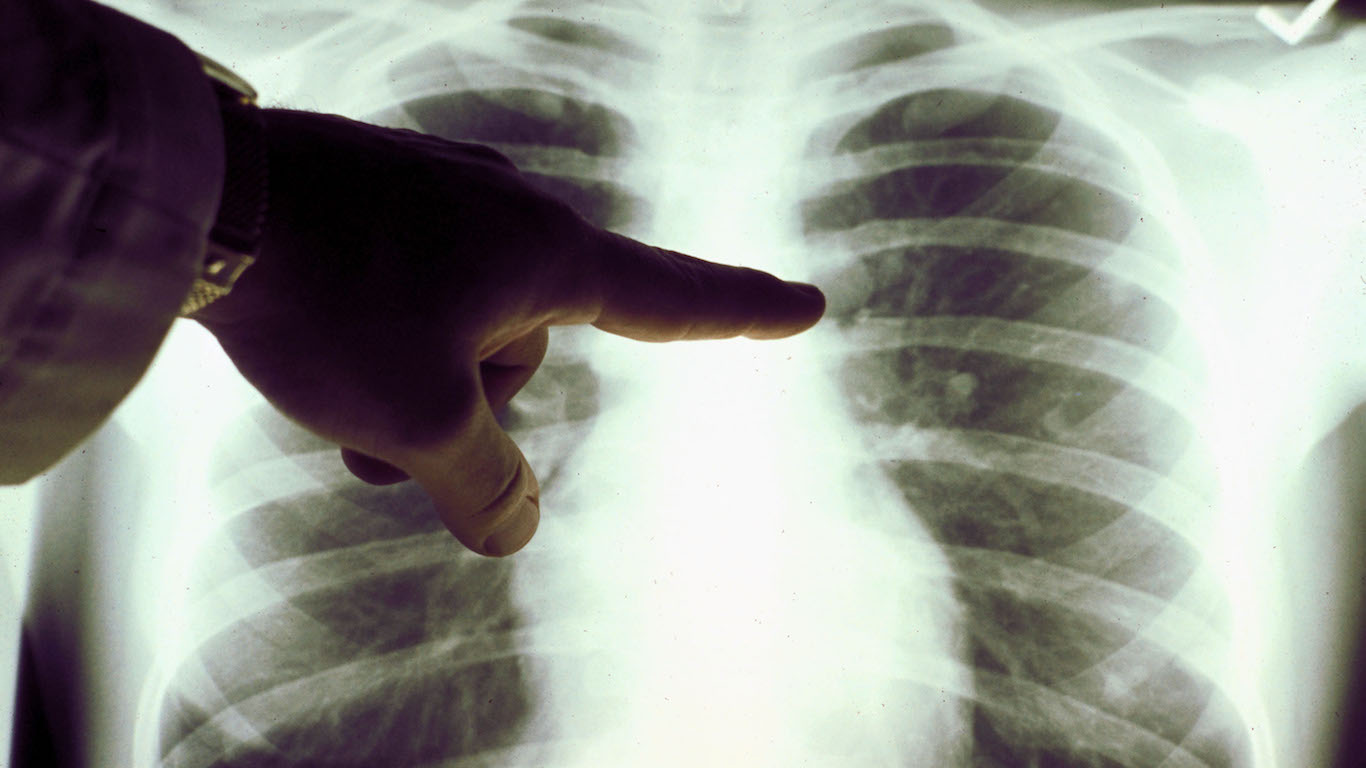 Source: Courtesy of the American Cancer Society via Getty Images 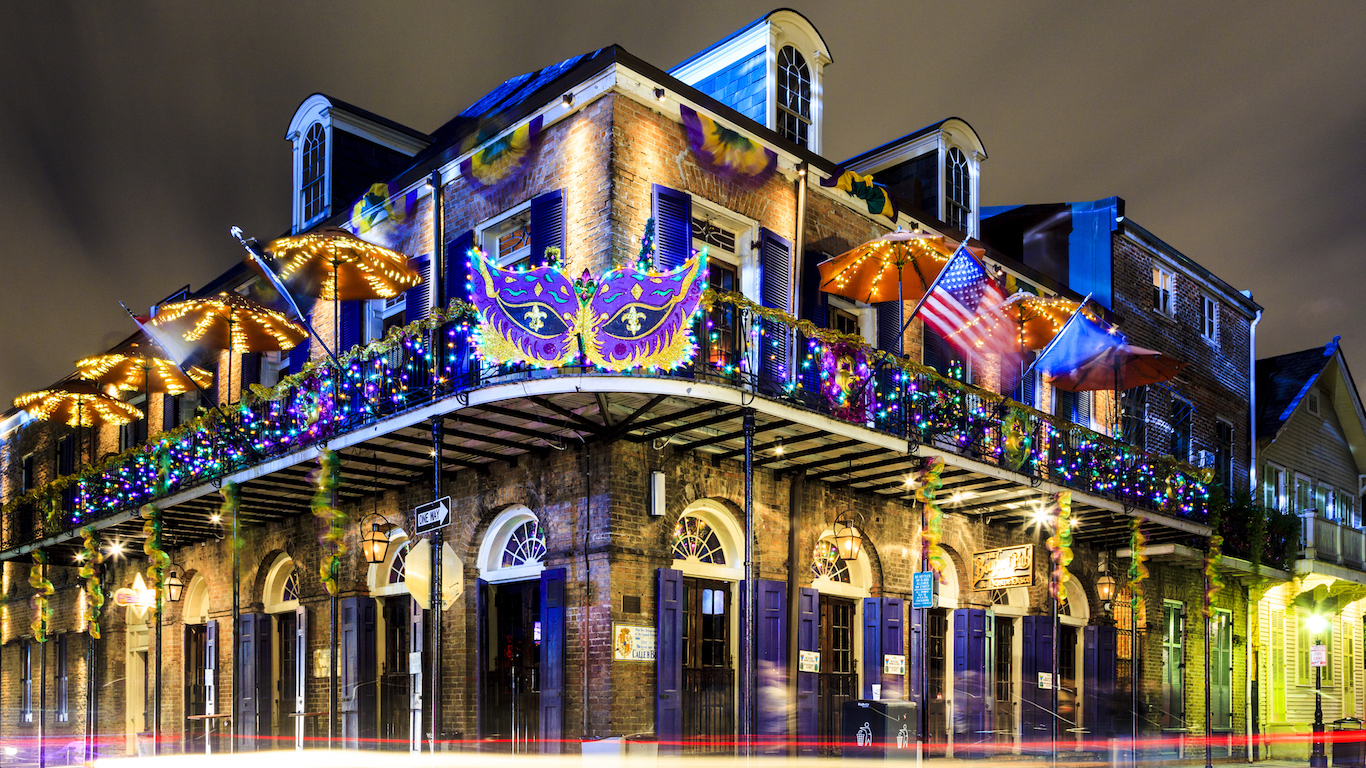 Louisiana residents pay less per kilowatt hour of electricity than those in all other states. 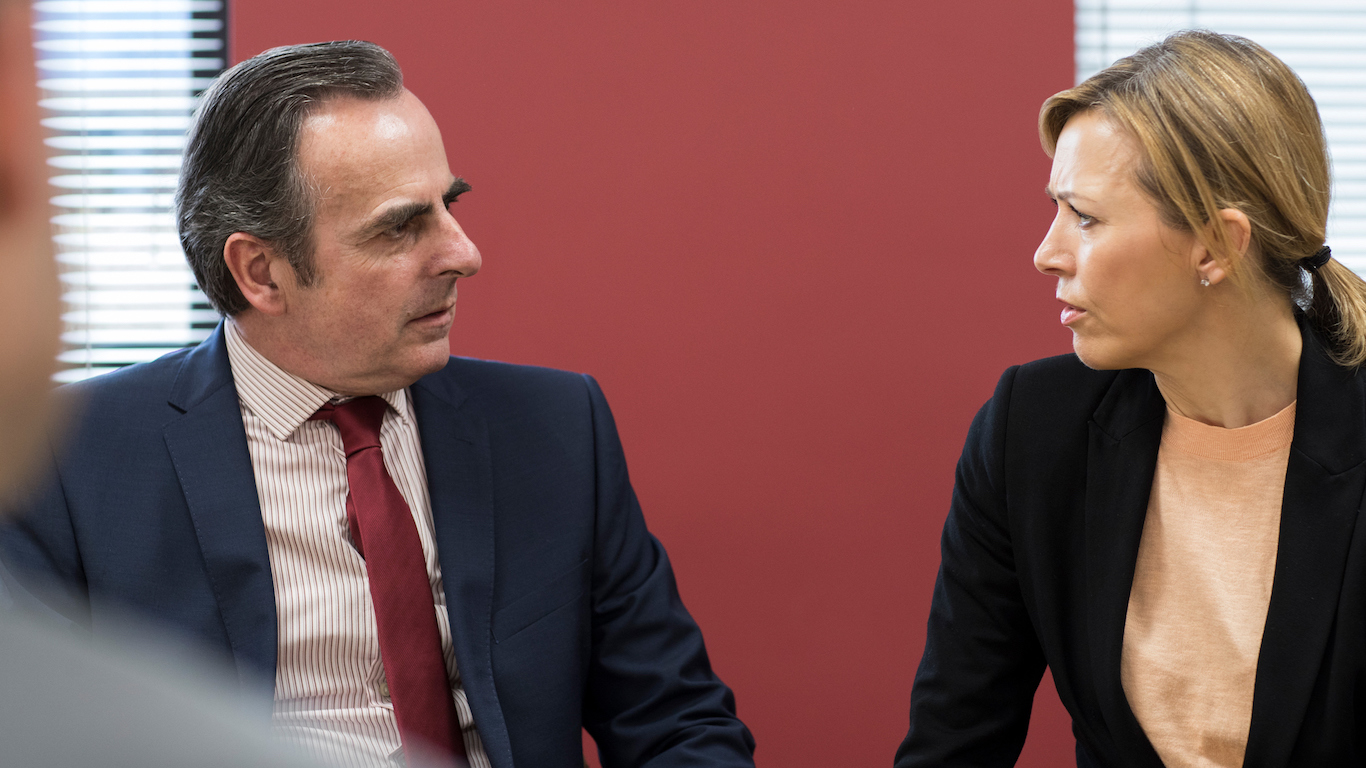 American women make just over 80 cents for every dollar a man earns. In Louisiana, female workers make less than 69 cents on the dollar. 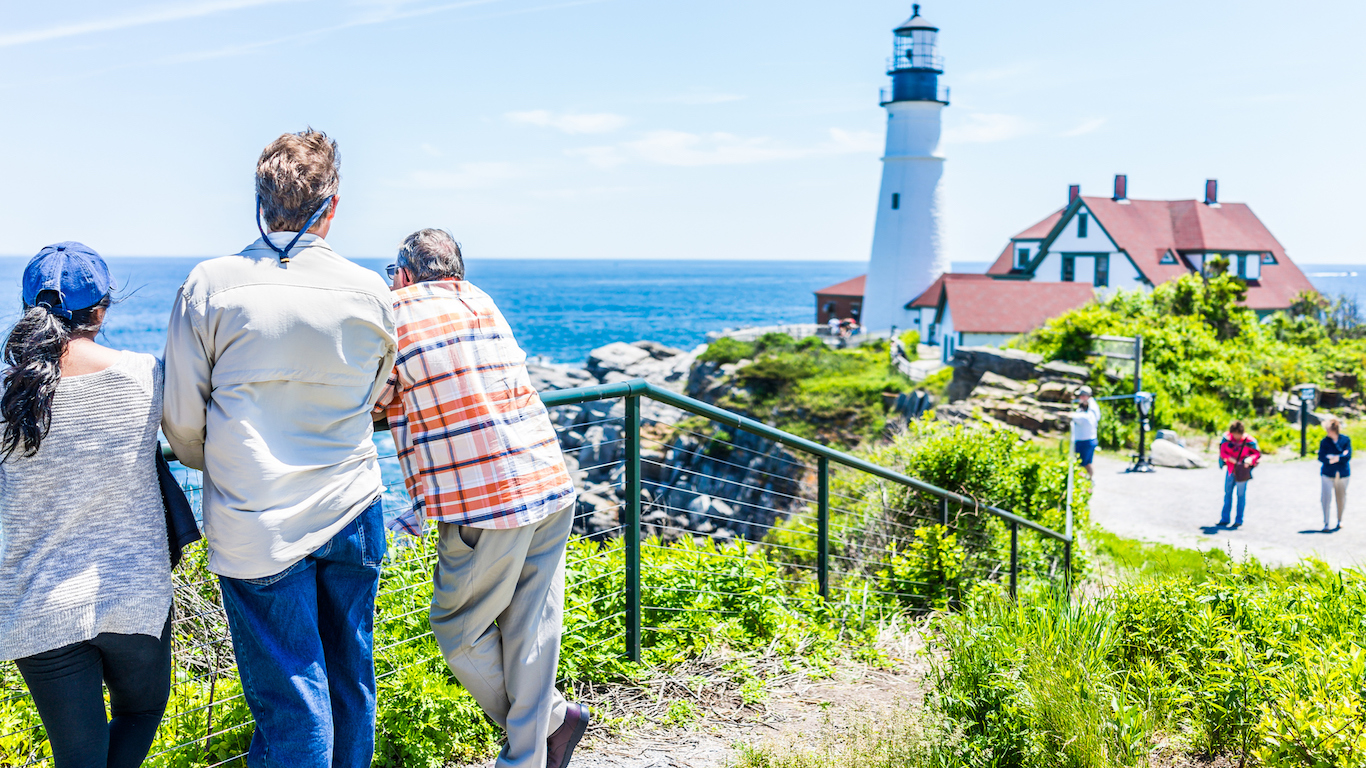 Maine ranks as the safest state in the country, as there were just 124 violent crimes reported for every 100,000 residents — less than a third of the national rate. 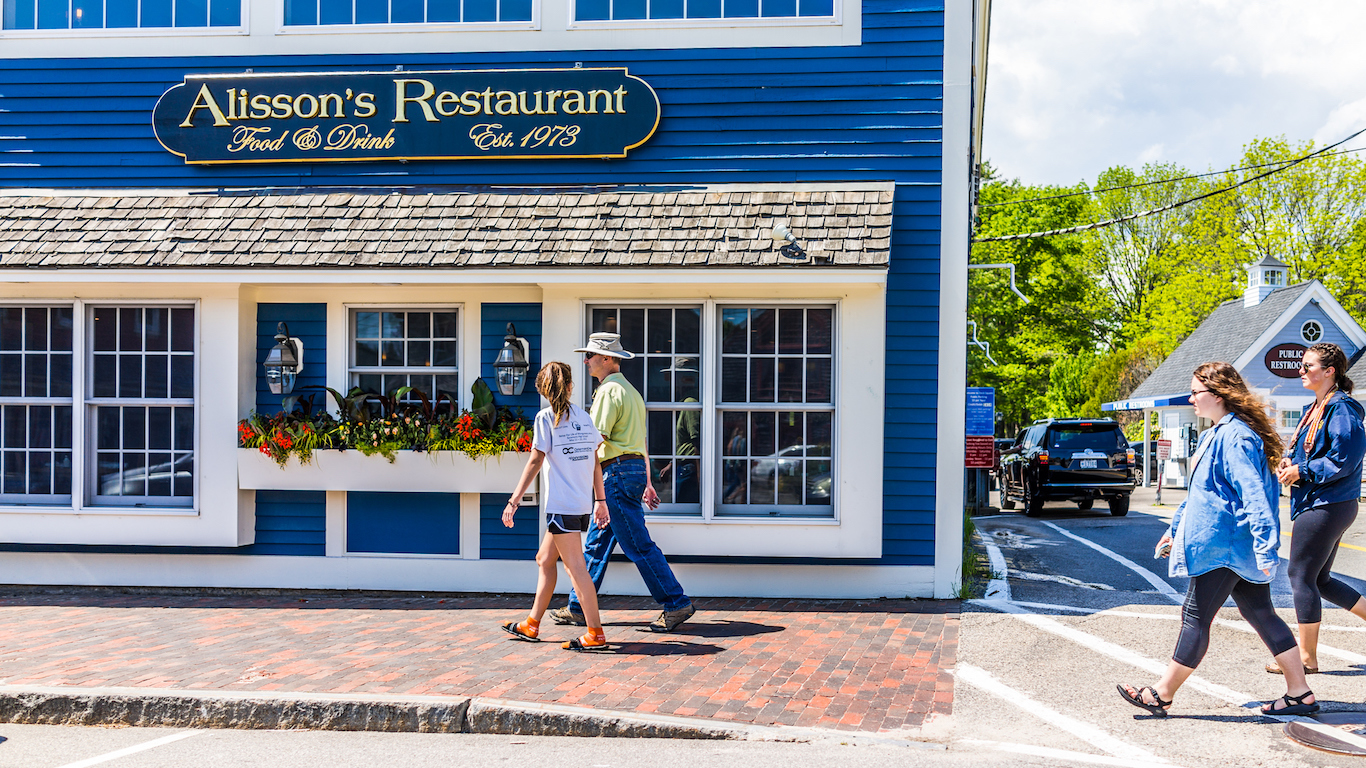 According to the latest Census data, 94.4% of Maine’s population is white, beating out nearby Vermont and New Hampshire as the least diverse states. 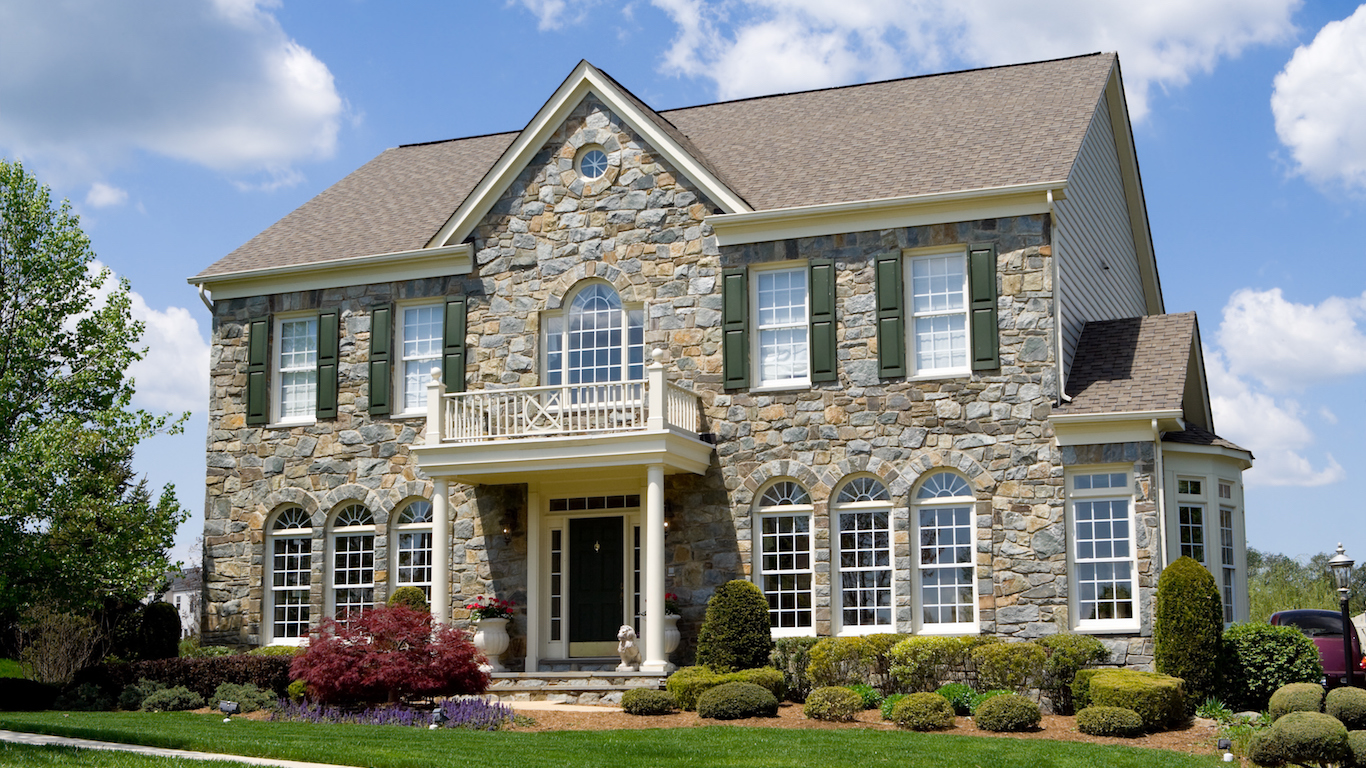 Maryland residents are the most affluent in the country, with a median household income of $80,776 — more than $20,000 higher than the U.S. median. 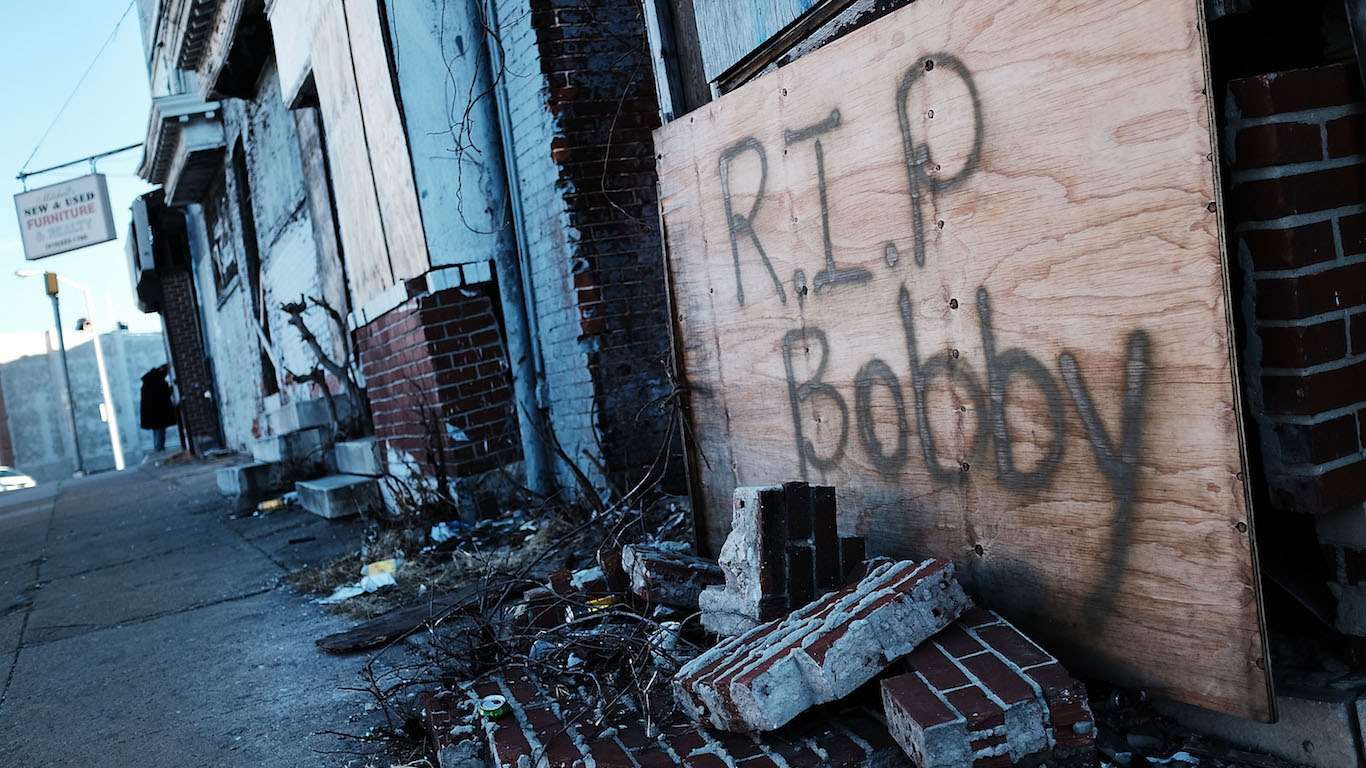 There were over 50 murders committed in Baltimore per 100,000 residents last year, the highest murder rate among cities with a population of at least 100,000.