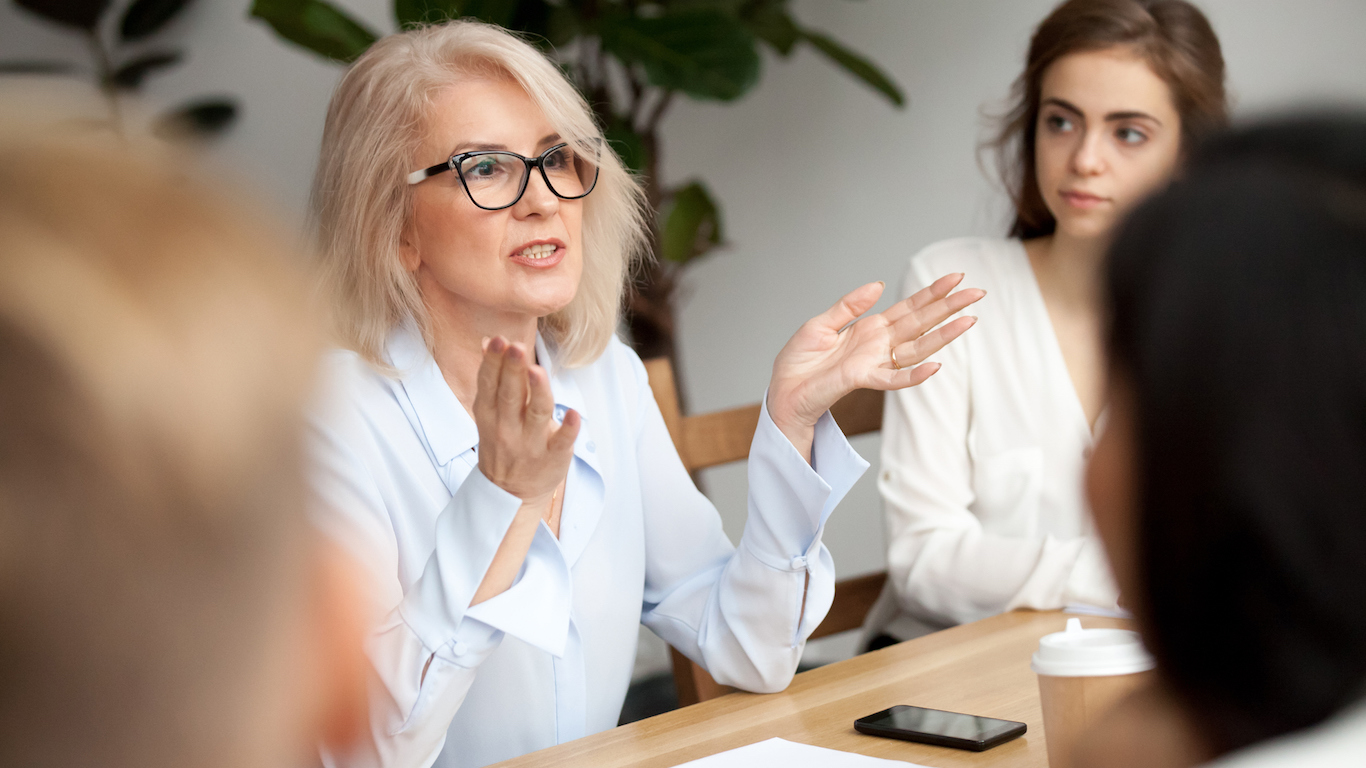 Training and development specialists primarily plan and administer programs to educate and train employees. Women comprise just under half of the 114,000 Americans working in the occupation. While gender distribution is equal among training and developmental specialists, pay is not. The median annual salary for women in the job is $48,724, well below the the typical salary of $65,260 for men in the occupation. The 75 cents on the dollar women in the profession earn is far worse than the pay gap across all occupations of 82 cents on the dollar. 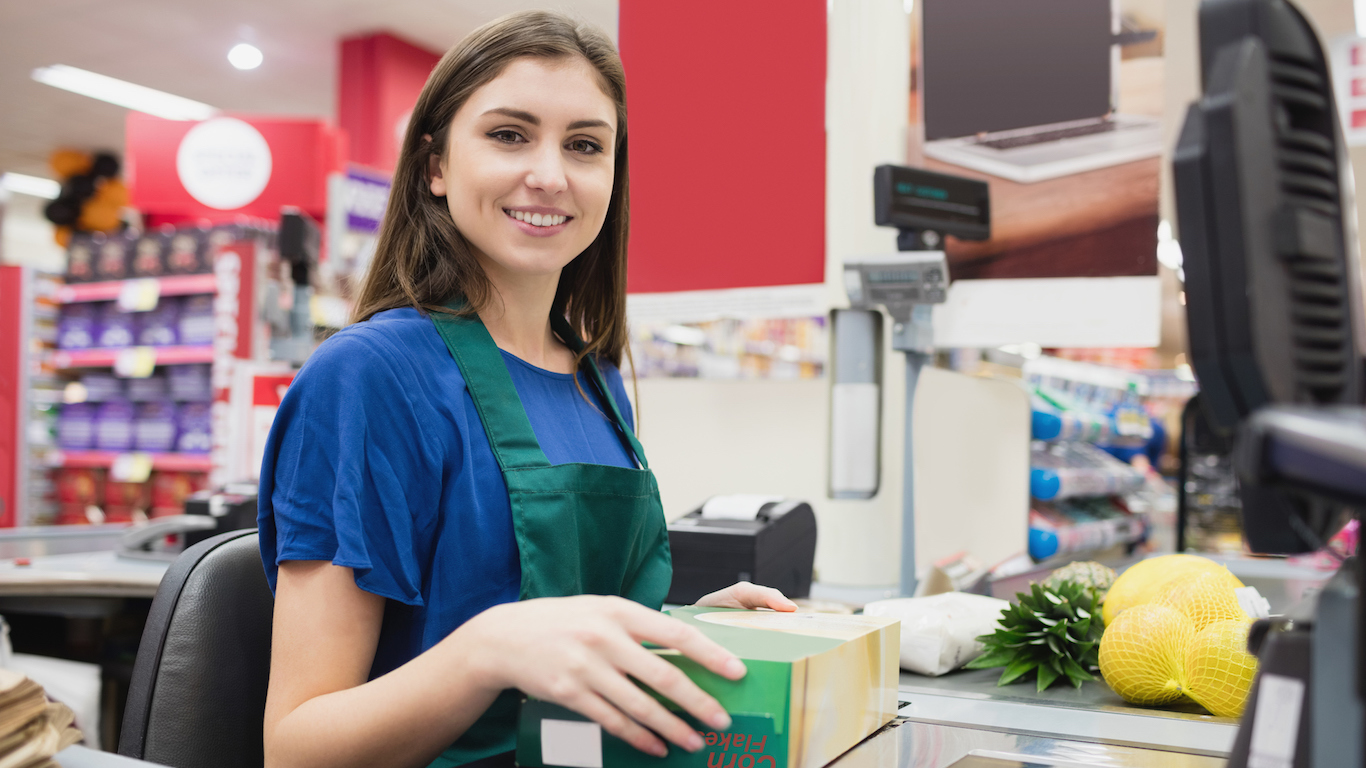 Retail sales covers a wide range of sales jobs, from automotive to apparel, and as a result are one of the most ubiquitous and recognizable professions in the country. Currently, some 1.9 million Americans work in retail sales, 38.8% of whom are women. The occupation also has one of the largest gender pay gaps of any profession. Women working in retail sales earn just 74 cents for every dollar men in the occupation earn.

Because the occupation includes many different jobs — with wide range of earning potential — the pay gap may be partially the result of men being more drawn to those retail jobs that pay more. 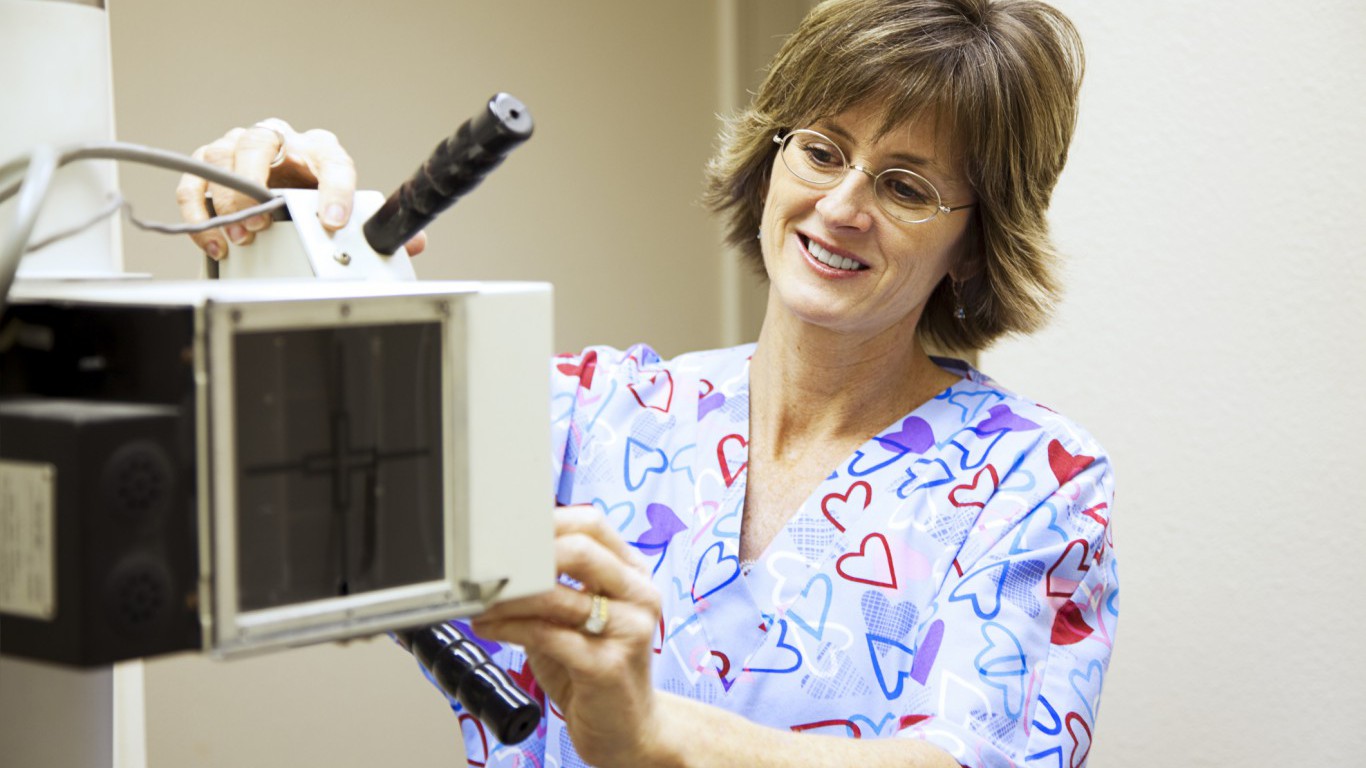 Some of the jobs with the worst gender pay gaps are dominated by women, and diagnostic related technologists and technicians is one of them. Jobs in the field typically involve operating and maintaining advanced hospital equipment like x-ray machines. While women make up 44.4% of the overall U.S. workforce, more than two-thirds of all diagnostic related technologists and technicians are female. The typical woman in the occupation earns $54,132 annually, while the median salary for men in the same line of work is $73,008. 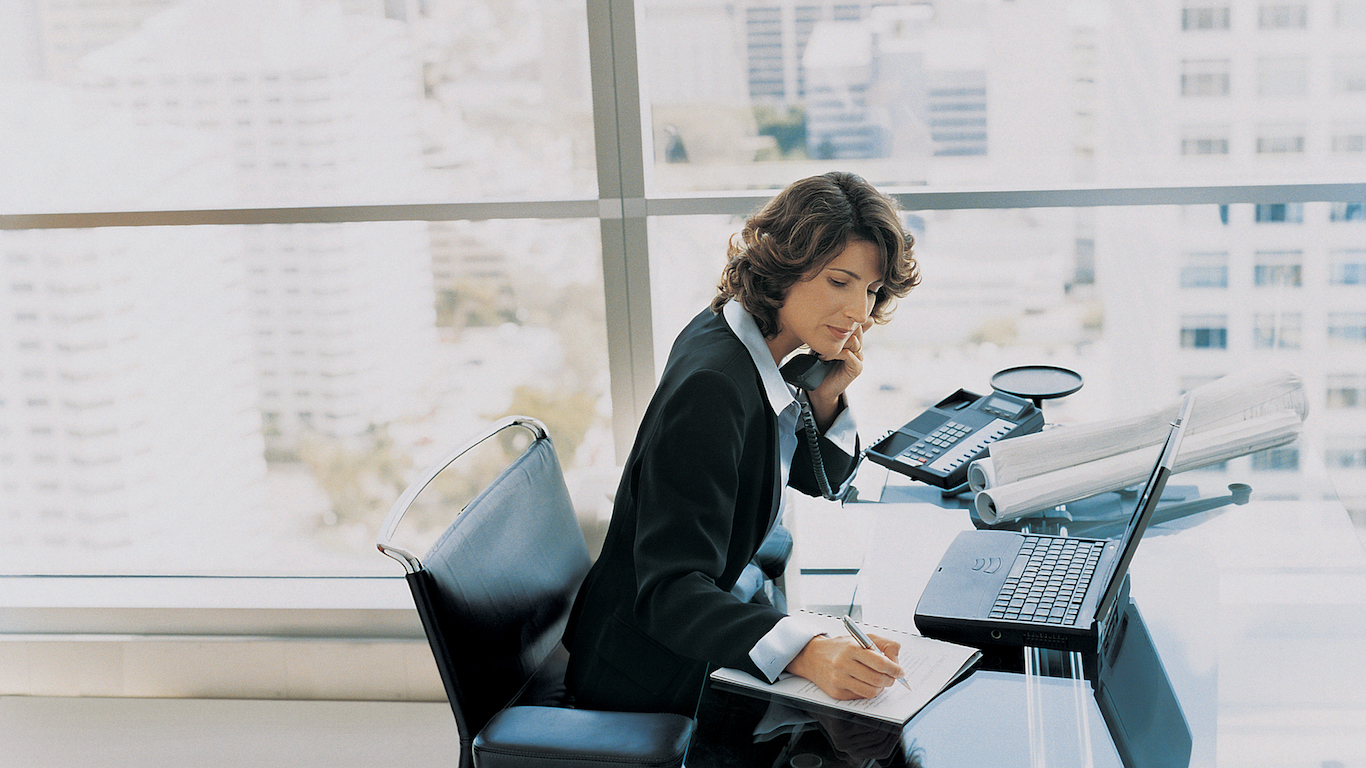 Sales and marketing managers are responsible for setting sales goals and planning and coordinating marketing initiatives. These jobs are much higher paying for men than they are for women. The estimated median annual earnings for the 428,000 women working these jobs full-time nationwide is $66,976. Meanwhile, the median annual income for men in the occupation is $90,844. Marketing sales managers require skill sets from both sales and management fields, two professions that often have especially wide gender pay gaps. 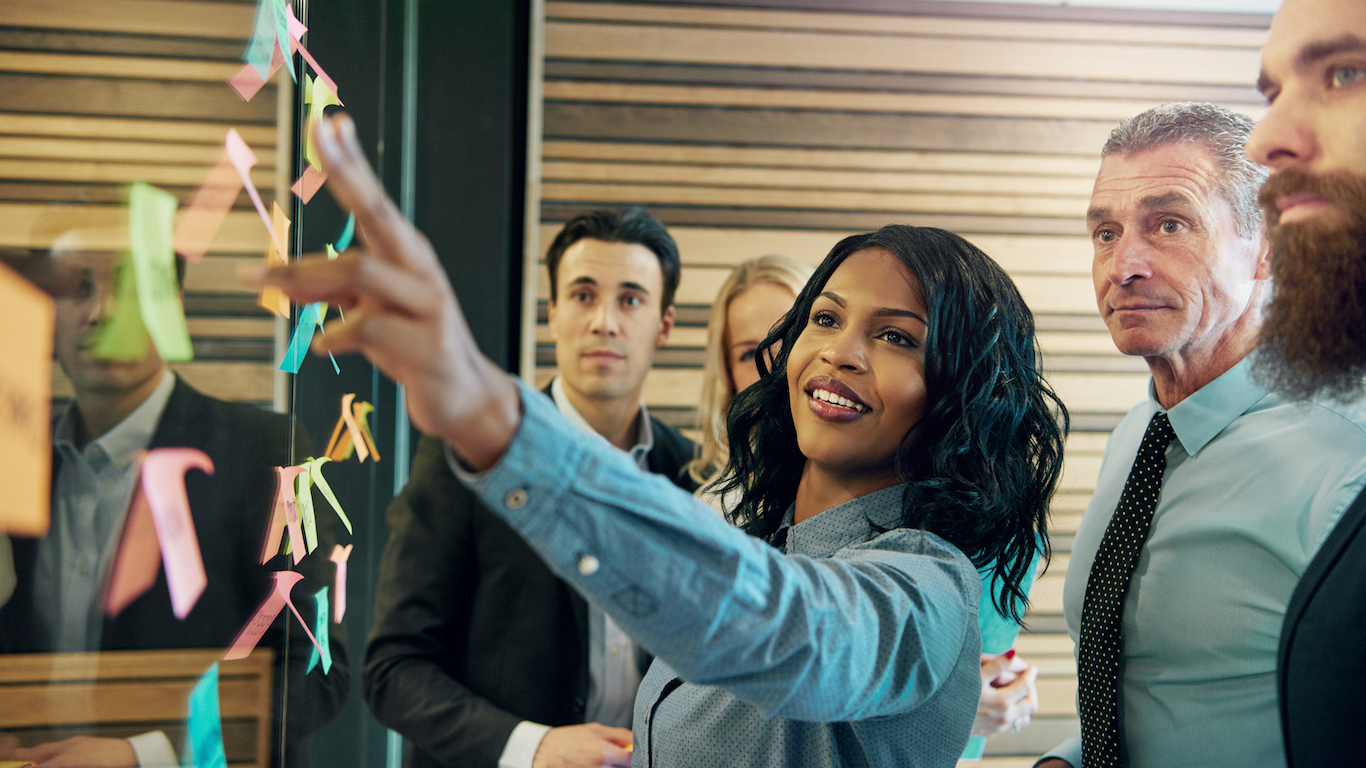 In recent years, men in the profession have made greater wage gains than women. Since 2008, the median salary for men working as human resource managers climbed 22.0% compared to a 12.6% increase among women.