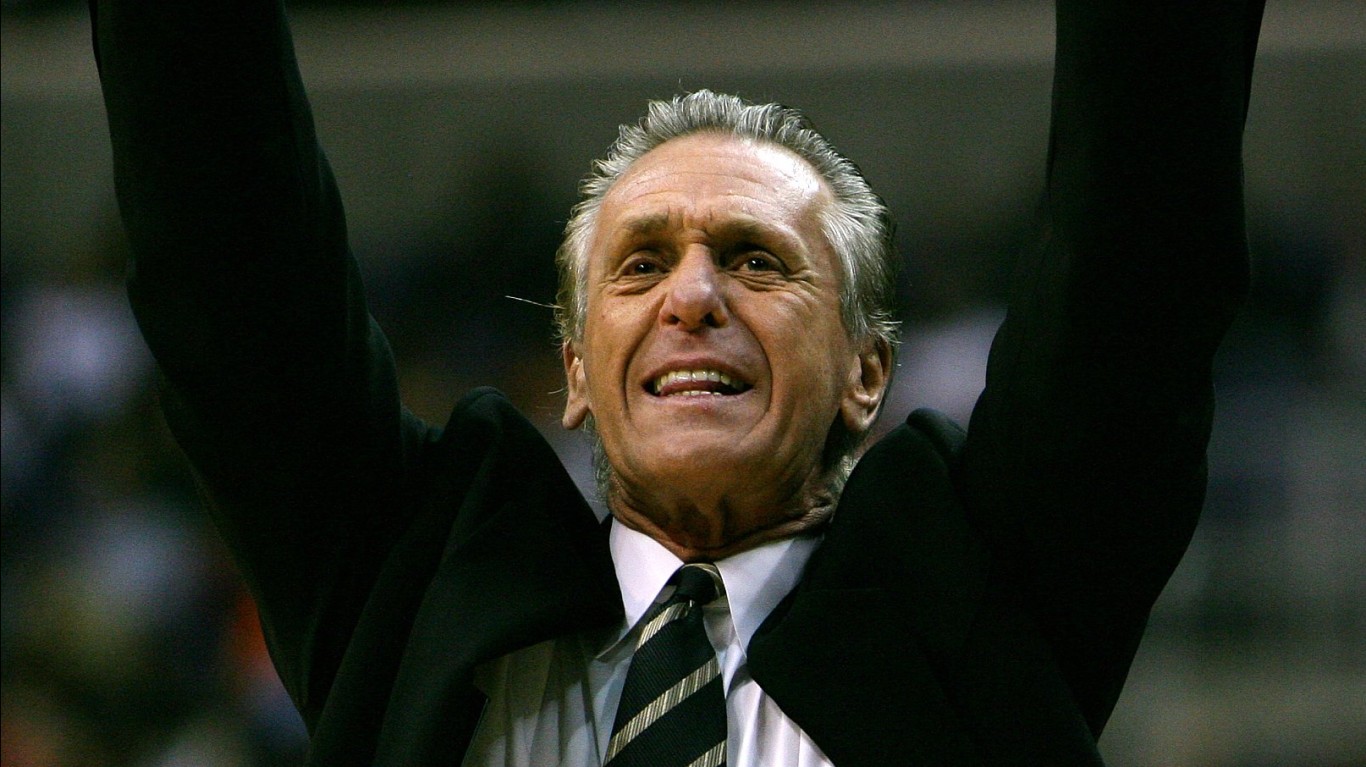 Pat Riley, known for his slick sartorial persona and motivational speeches, won five NBA championships and is tied for third on the list of coaches with the most NBA titles. He won four titles with Los Angeles Lakers during the “Showtime” era in the 1980s with stars like Kareem Abdul-Jabbar, Magic Johnson, and James Worthy, and one with the Miami Heat in 2005-06 with Dwyane Wade. Riley’s teams reached the NBA Finals nine times. His 1,210 regular season victories place him fourth on the NBA’s all-time list. As a player, Riley helped the Lakers win the NBA title in 1971-72. 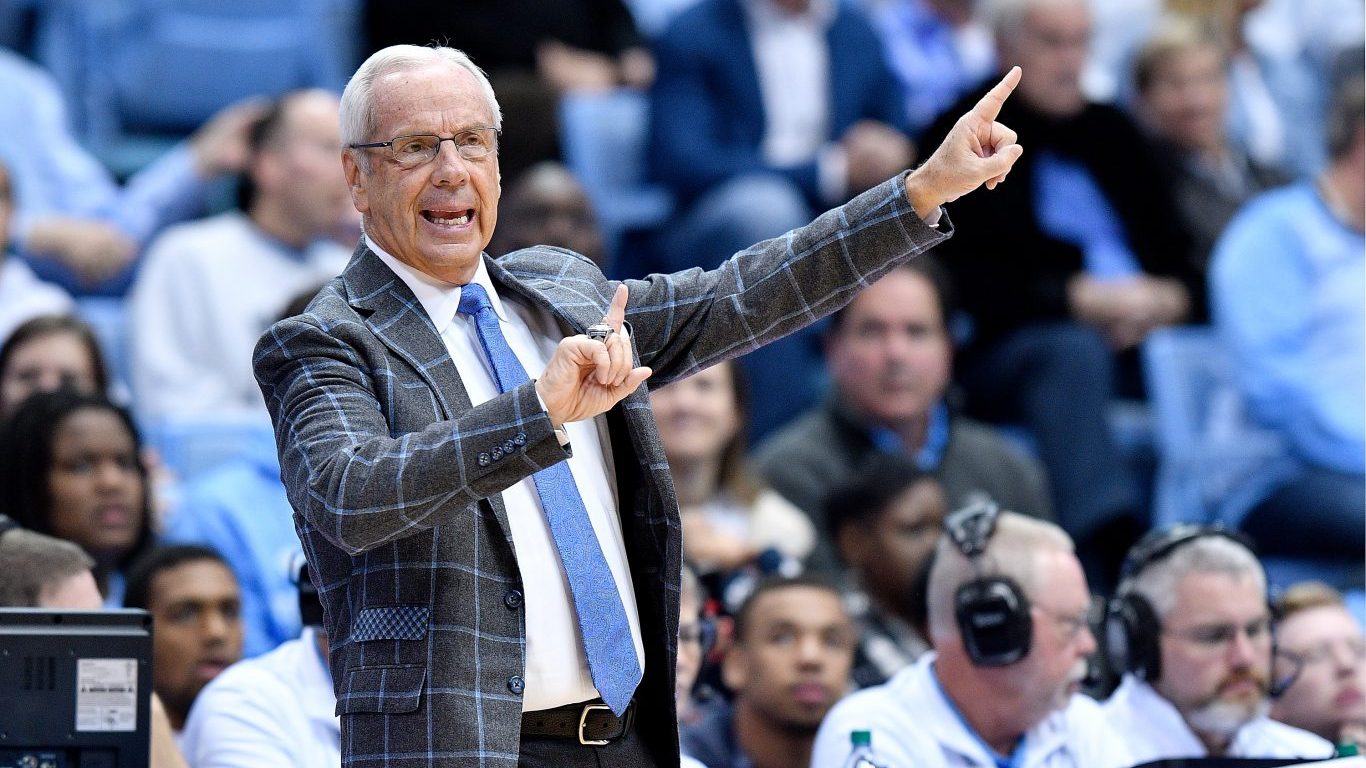 Roy Williams has coached two of the most storied programs in college basketball: Kansas and North Carolina. From 1990 to 2003, he led the Jayhawks to 14 straight NCAA tournament berths. But all of his postseason success came at North Carolina, winning NCAA titles in 2005, 2009, and 2017. Williams has coached 11 consensus All-Americans, including NCAA and NBA legend Paul Pierce. 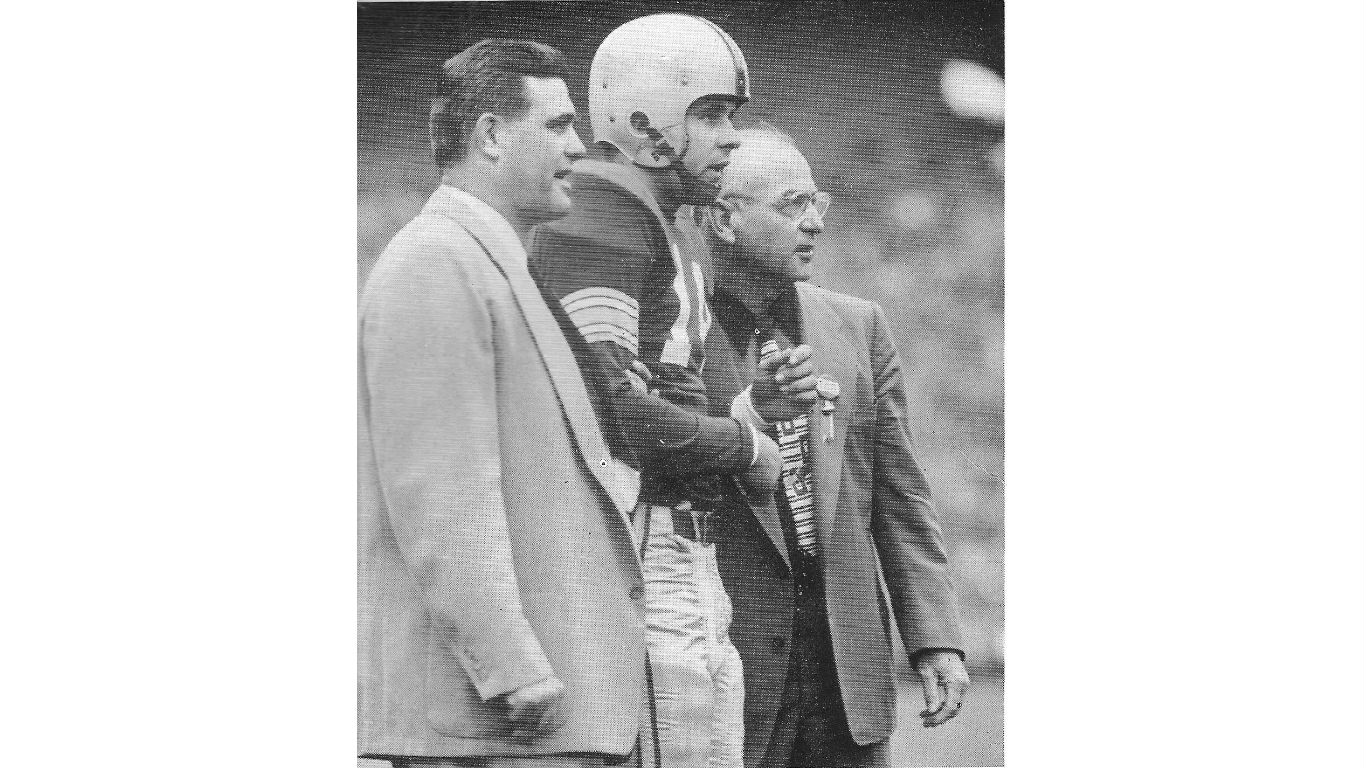 Woody Hayes was an intense presence on the Ohio State sideline. A student of military history, he coached his entire career at OSU and led the Buckeyes to three consensus national championships and laid claim to two others in the years before the college football playoff system. Four of his teams went undefeated, and two of those squads tied just one game during the season. In a 28-year career, Hayes compiled a winning percentage of 76.1%. Hayes was prone to violent temper displays and one such episode cost him his job. He punched a Clemson player at the end of the 1978 Gator Bowl and was fired by the university’s administration, ending his coaching career. 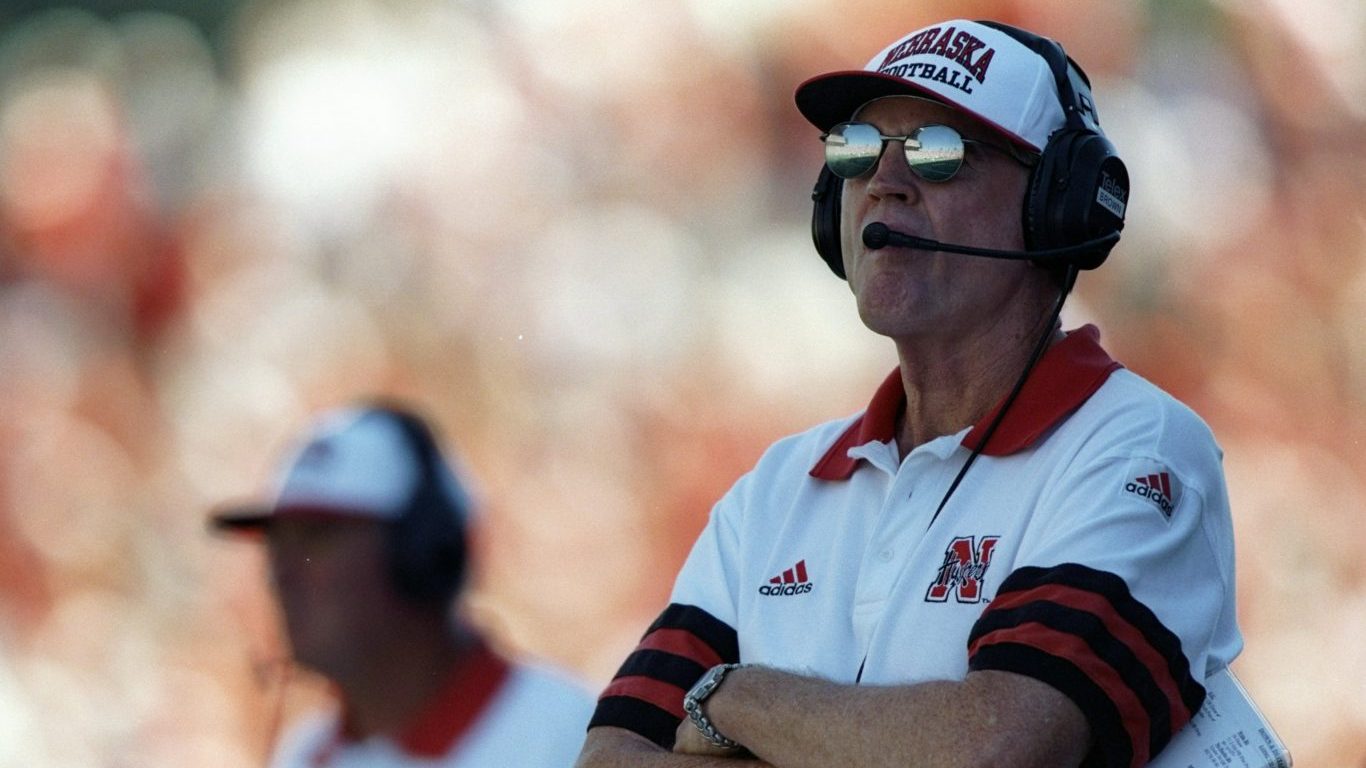 Tom Osborne was head coach of the University of Nebraska Cornhuskers for 25 years, and his teams dominated the Big 8 Conference, beginning in 1973. The Cornhuskers won the national championship three times, and during the Osborne era, Nebraska had a winning percentage of 83.6%. Nebraska produced 25 All-Americans during Osborne’s tenure, including wide receiver Irving Fryar, running back Mike Rozier, and linebacker Trev Alberts. Despite his success, the taciturn Osborne was dogged by the perception that he could not win the big game. Part of this belief stemmed from his 12-13 bowl record that included seven Orange Bowl losses, perhaps most famously the 1984 defeat at the hands of the University of Miami. 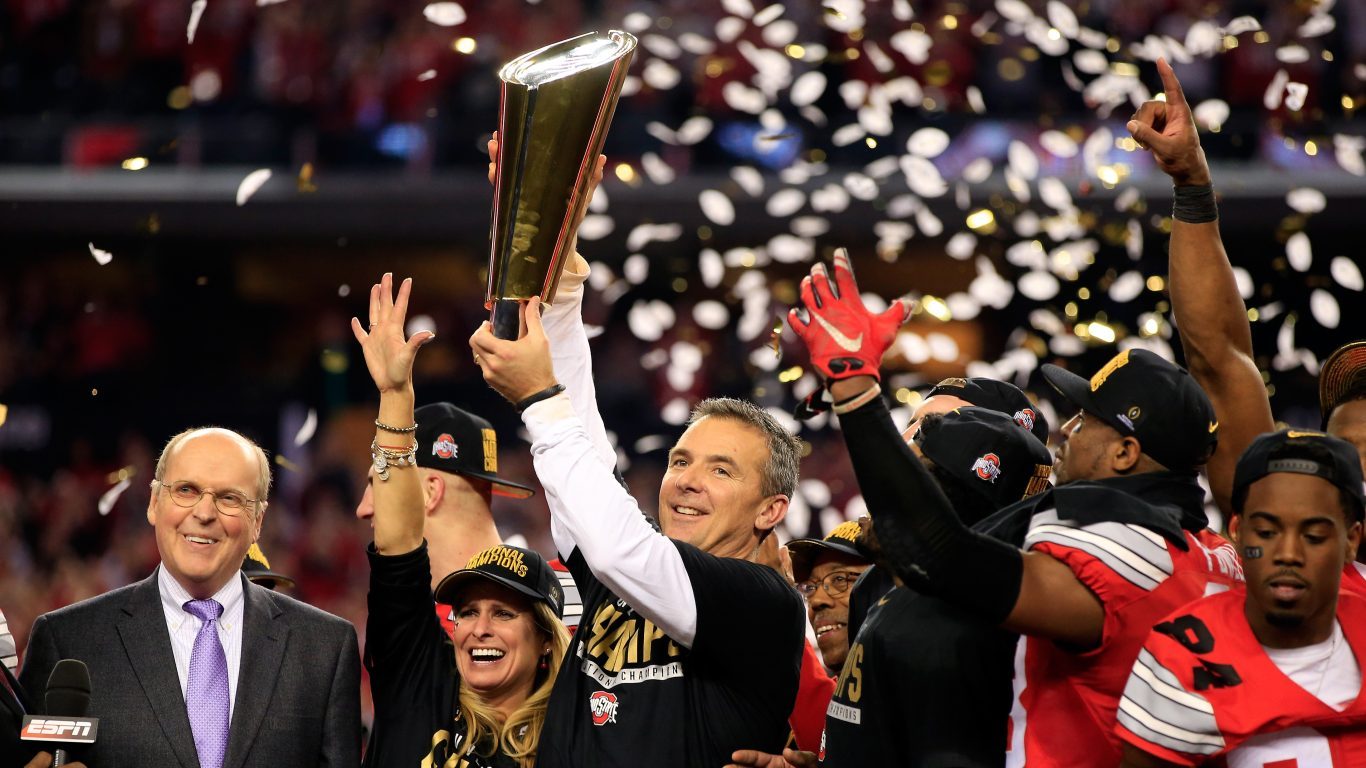 Urban Meyer quickly moved up the coaching ranks early in his career. After making Bowling Green State and Utah into some of the best football teams in the country, Meyer took over the Florida Gators in 2005. He quickly led the team to two national championships in the 2006 and 2008 seasons, memorably led by quarterback Tim Tebow. Meyer left Gainesville for health reasons after the 2010 season but returned to coach Ohio State in 2012. He again made his new program into a winner, claiming the 2014 National Championship. Meyer became the second ever college football coach, after Nick Saban, to win a consensus title at two different schools.