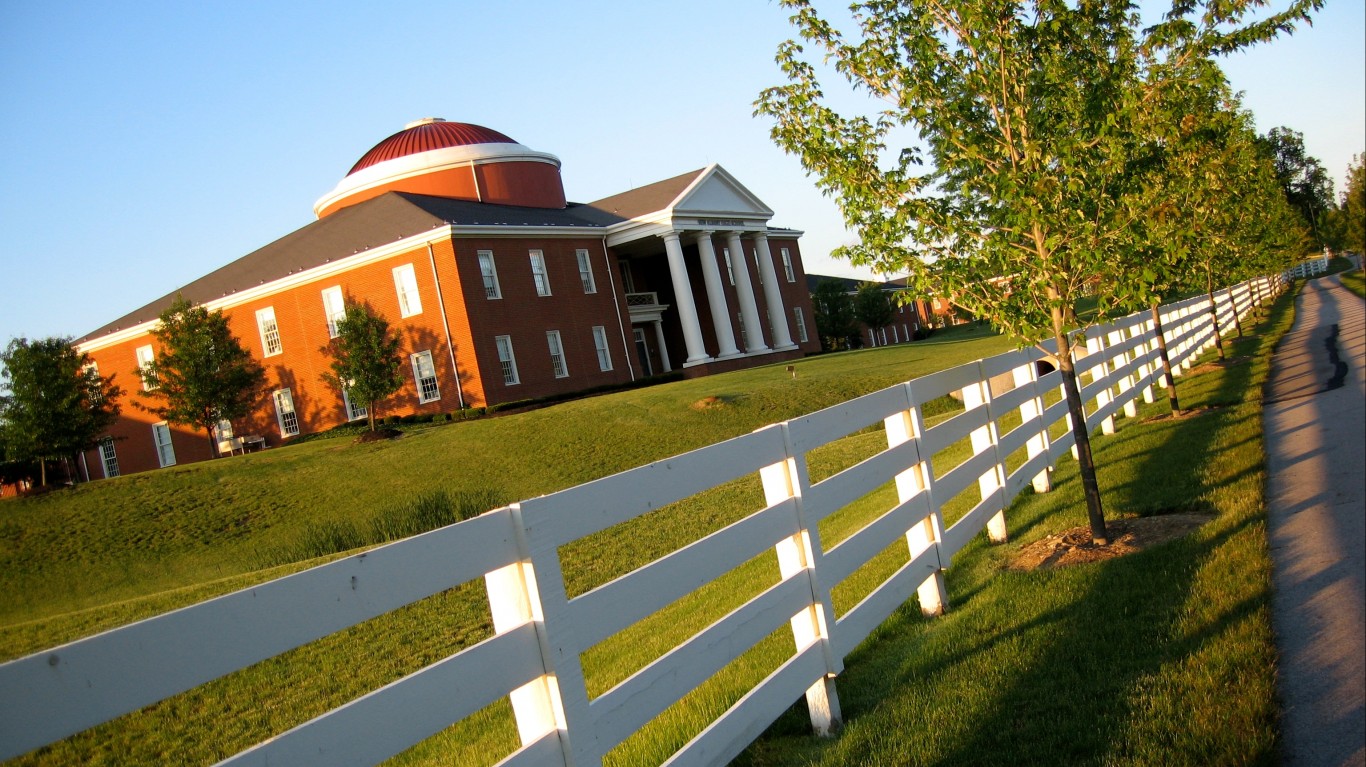 New Albany is one of the fastest growing cities in Ohio. In the last five years, the number of people living in New Albany increased by over a third. Located less than 20 miles northeast of Columbus, New Albany residents are in commuting distance to jobs in and around the state capital — and many of those jobs are high paying. The typical New Albany household earns $203,194 a year, more than triple the median income nationwide of $60,293.

Not only are New Albany residents likely to have high incomes, but a dollar also goes further in the city than it does in much of the rest of the country. Goods and services are 13.4% less expensive in New Albany than they are nationwide. 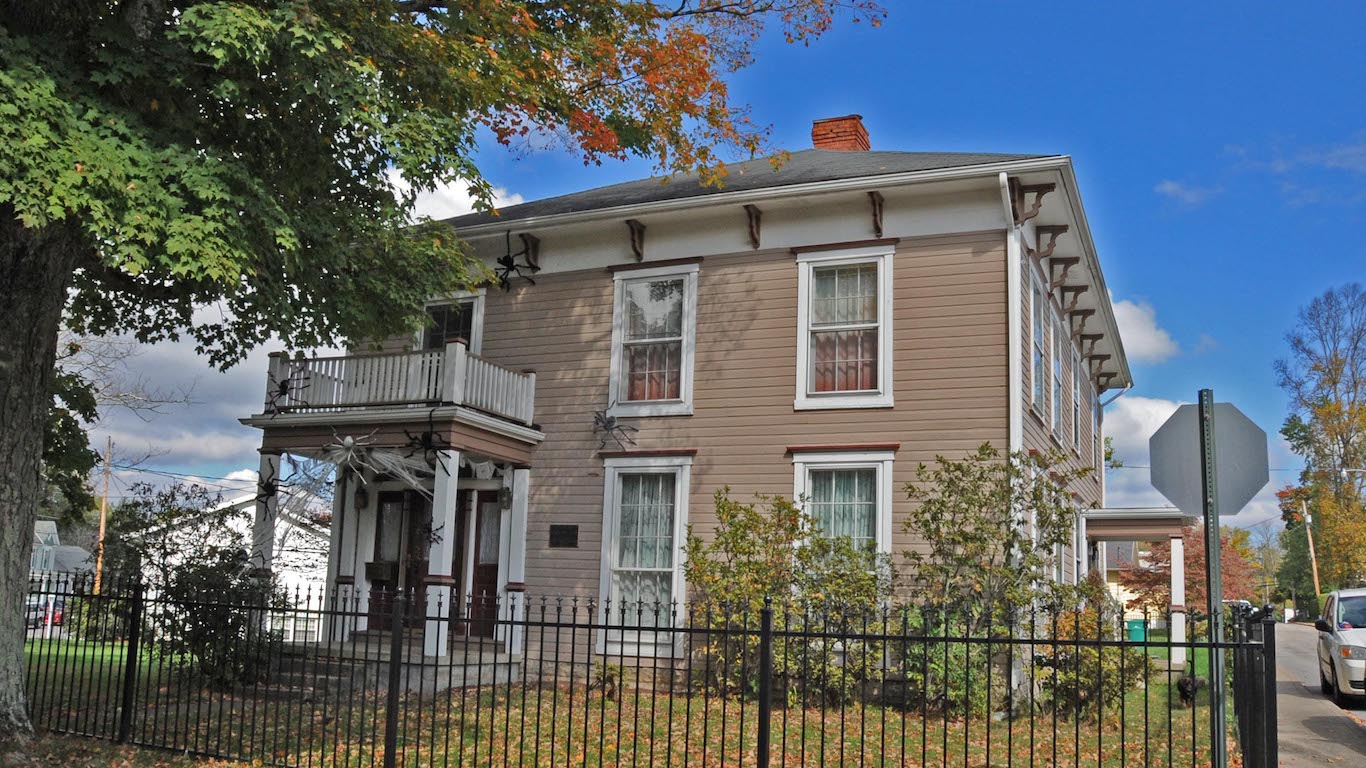 Bridgeport is a small city of fewer than 9,000 people located in central West Virginia. A relatively affluent area, Bridgeport’s median household income of $80,666 is about $20,000 higher than the median household income nationwide. High incomes are bolstered by a strong job market. An average of just 2.6% of the city’s labor force were unemployed in the last five years, well below the comparable 5.9% national unemployment rate.

Bridgeport residents have options when it comes to their leisure time. The city has a far higher than typical concentration of bars, restaurants, recreation centers, and golf courses. 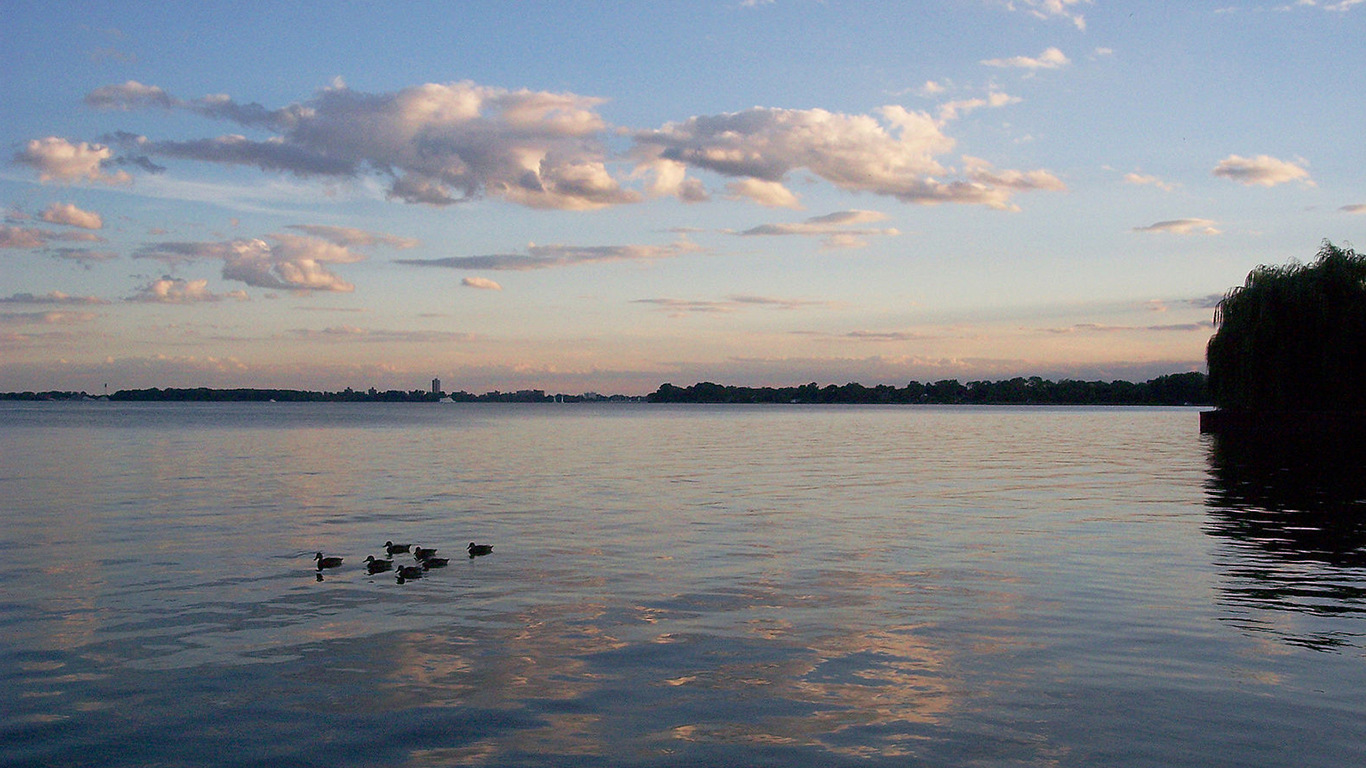 Grosse Pointe Park is a small city located only about seven miles from downtown Detroit. Unlike its much larger neighbor, Grosse Pointe is a relatively affluent city with a strong job market. The typical household in Grosse Pointe Park earns $112,384 a year, nearly double the national median income. Additionally, an average of just 3.3% of the city’s labor force were unemployed in the last five years, well below the comparable 5.9% national jobless rate.

Located along Lake St. Claire, Grosse Pointe Park has two waterfront parks and across the broader county, 93.8% of residents have access to places like recreation centers and parks — a larger share than the 84.0% of Americans nationwide with similar access. 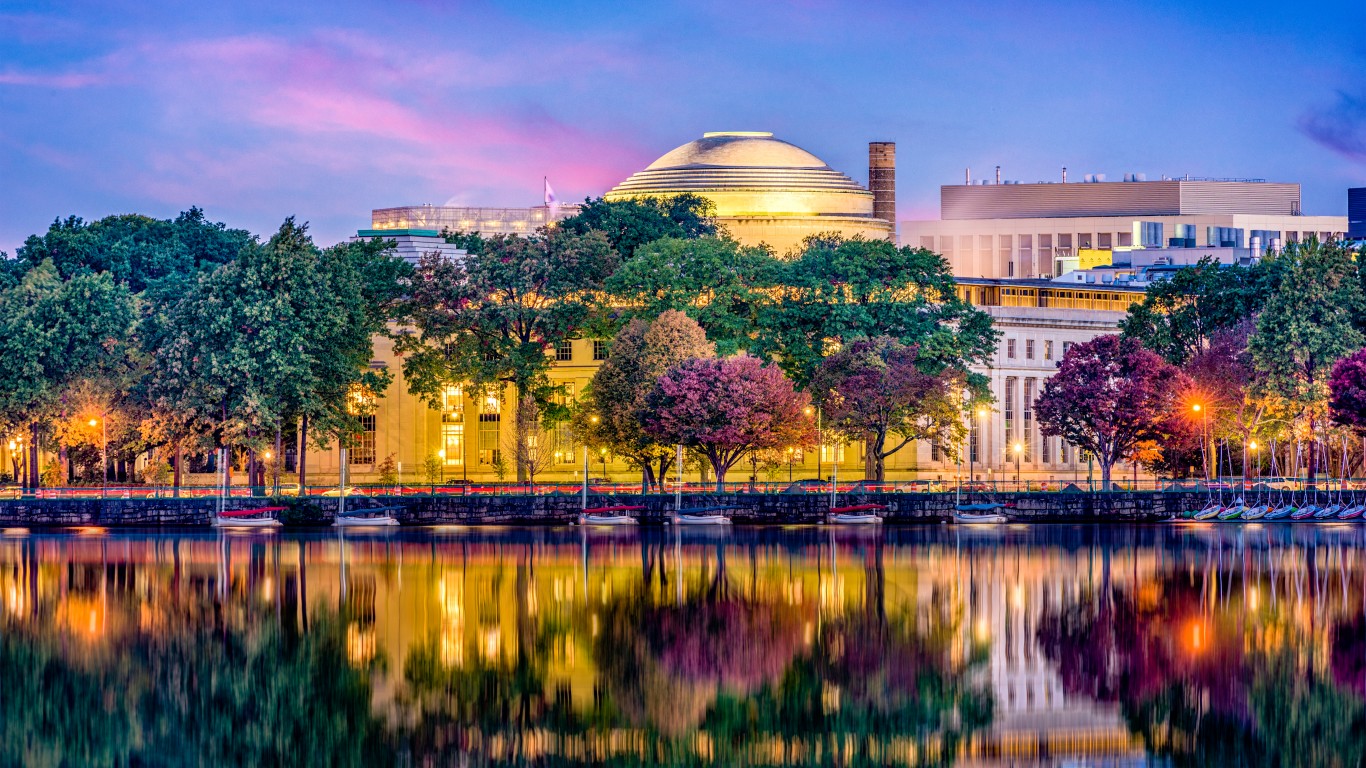 Like several other cities on this list, Cambridge, Massachusetts is in close proximity to a major urban area. Directly across the Charles River from Boston, Cambridge residents have access to jobs and cultural attractions in the Massachusetts state capital and largest city in New England. Partially as a result, an average of just 4.4% of workers Cambridge were unemployed in the last five years, below the comparable 5.9% unemployment rate nationwide. 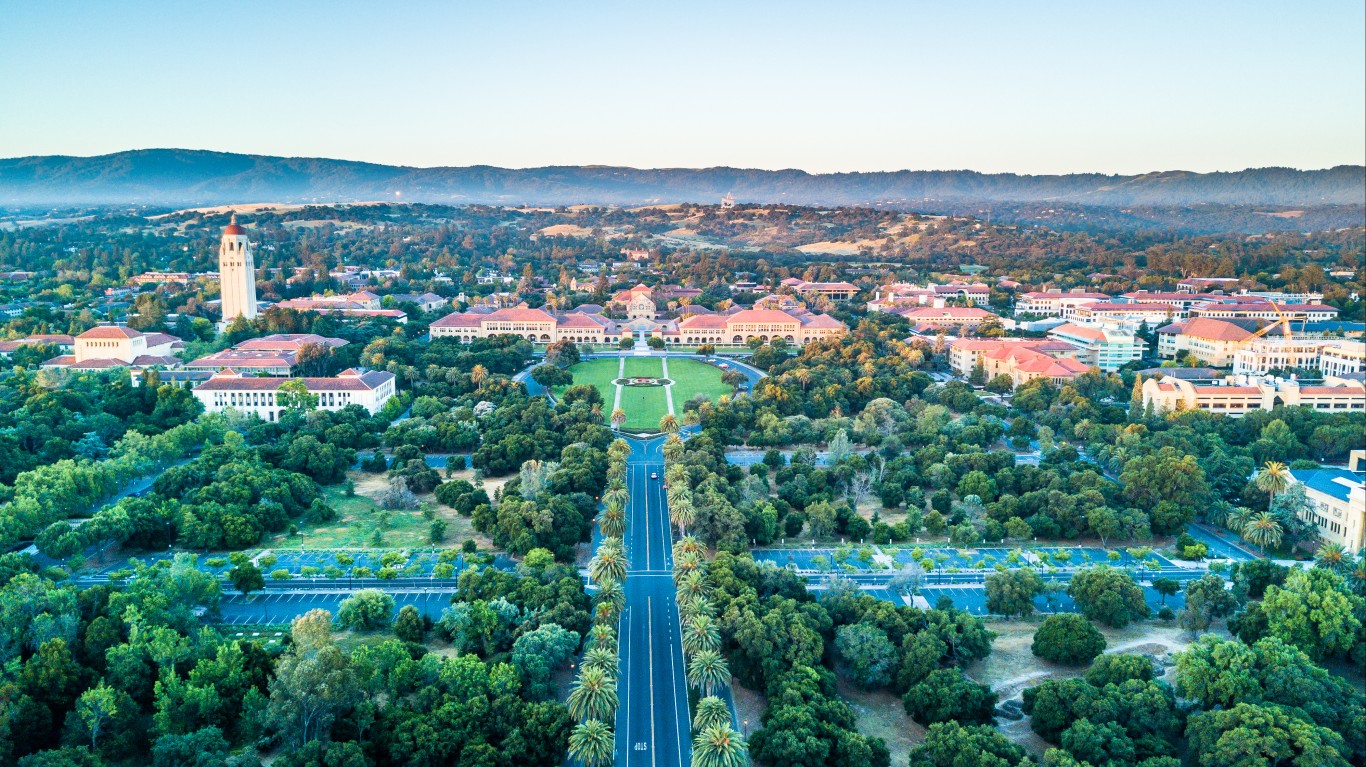 Palo Alto is a city in California’s Silicon Valley — an area home to numerous high paying tech companies. Though the cost of living in the area is relatively high, the typical household in Palo Alto has an income of $157,120, well more than double the national median of $60,293. Palo Alto residents are also far less likely than the typical American to be out of a job. An average of just 3.5% of the area’s workforce were unemployed over the last five years, well below the national average of 5.9%.