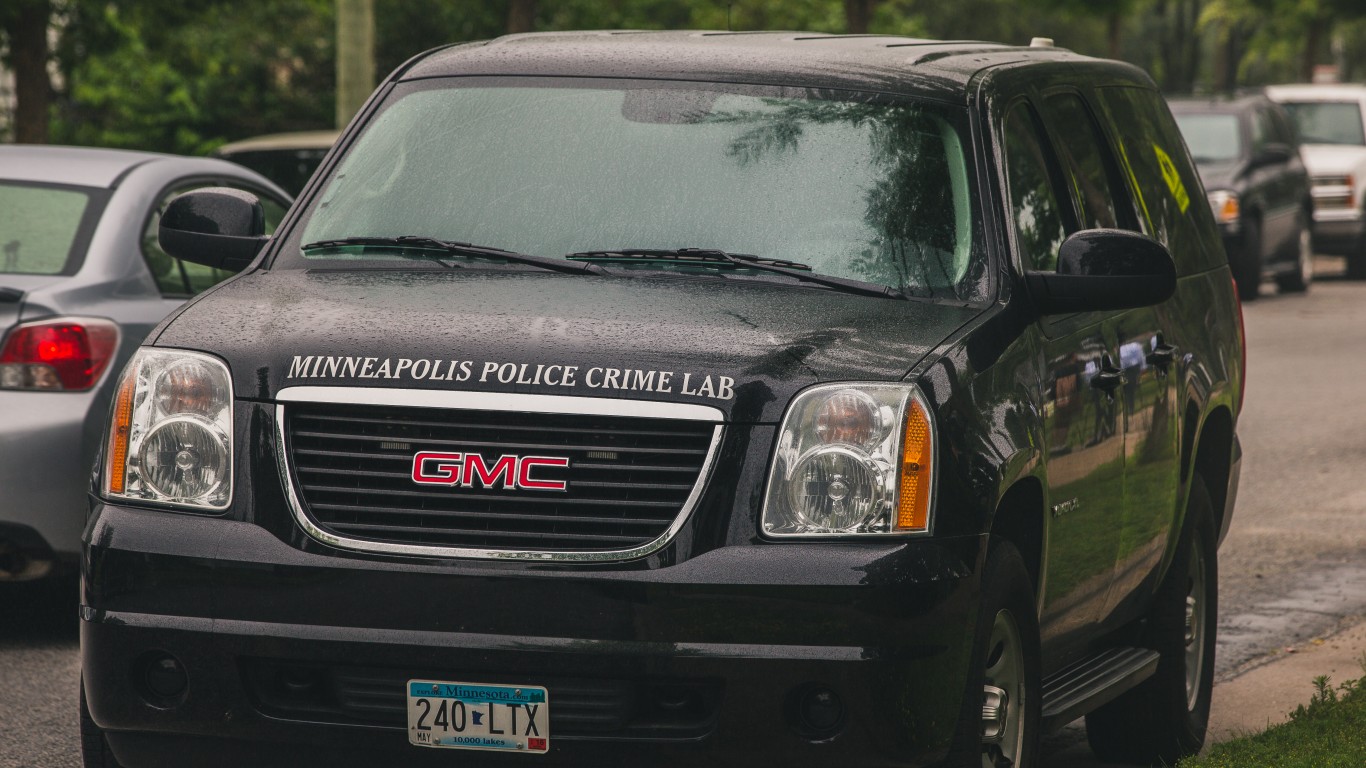 Minnesota is the most peaceful Midwestern state, ranking among the 10 states with the lowest rates of murder, violent crime, incarceration, and firearm deaths. It is one of just eight states with fewer than two murders per 100,000 residents.

Minnesota’s rate of violent crimes per 100,000 residents declined by 8% from 2017 to 2018, more than double the 3.6% decline seen across the country. This likely contributed to the 5.7% decline in the number of federal and state prisoners under Minnesota’s jurisdiction from 2017 to 2018. For context, the prison population declined by 1.6% nationwide during that period. 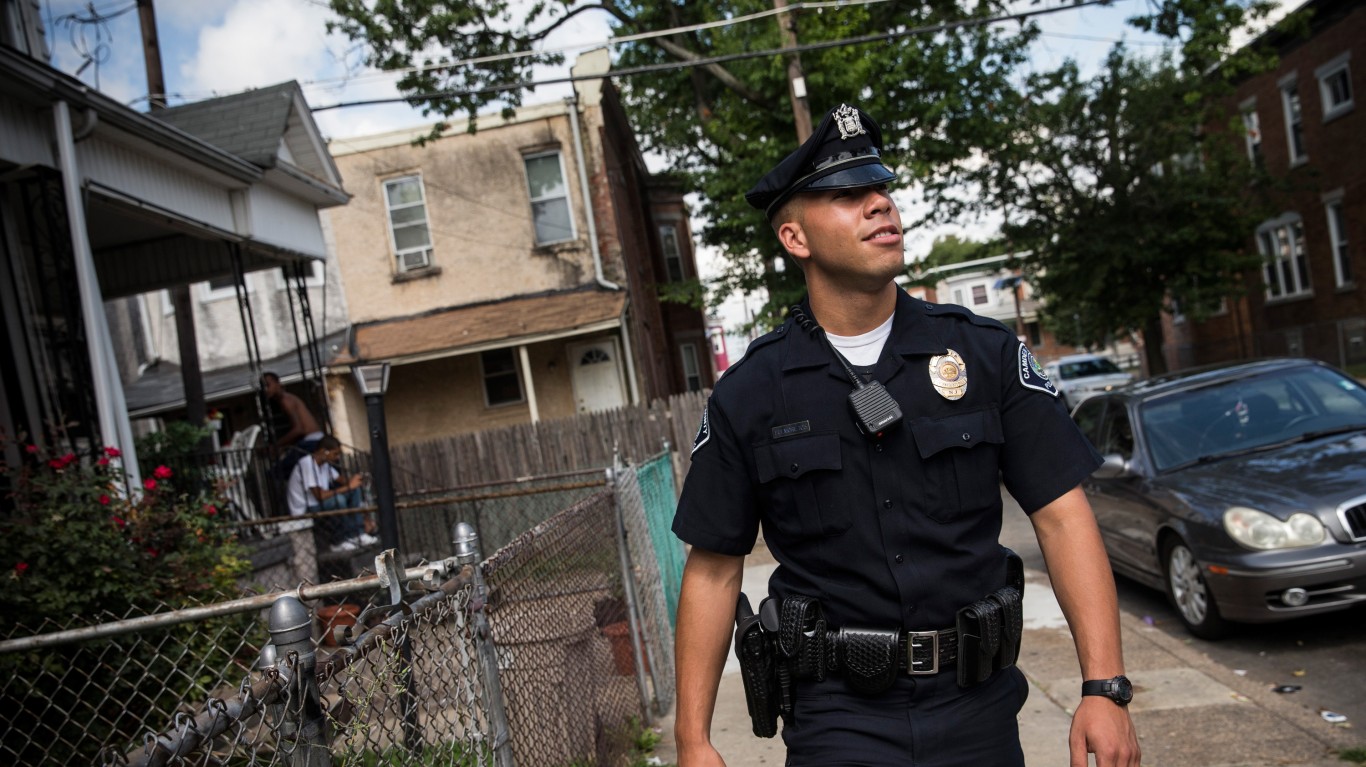 New Jersey ranks among the most peaceful states in the nation, with the sixth lowest overall violent crime rate. New Jersey has the lowest rate of rape among all states, at 16 incidents per 100,000 residents, less than half the U.S. rate. It also has the fifth lowest rate of aggravated assault, with 117 incidents per 100,000 — less than half of the U.S. rate.

New Jersey has among the most strict gun laws in the nation. This may contribute to the low rate of firearm deaths in the state. There were only 4.8 accidental discharges, intentional self-harm by firearm, assault, and legal interventions that resulted in death for every 100,000 residents — the fifth lowest rate among states.

ALSO READ: Where Your Car Is Most Likely to Be Stolen in Every State 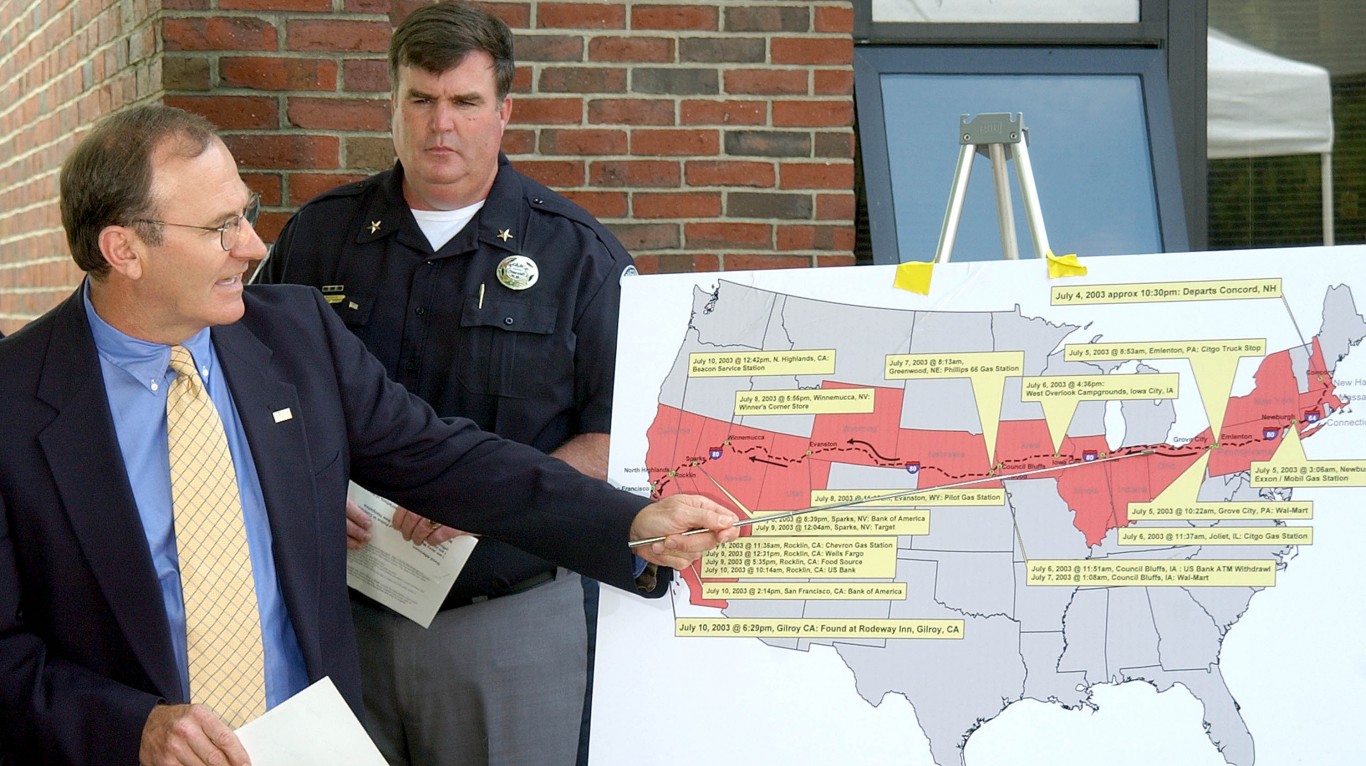 There is a correlation between crime and poverty, and New Hampshire may rank among the most peaceful states in the country because just 7.6% of residents live in poverty — the lowest rate among all states. For comparison, the U.S. poverty rate is 13.1%.

New Hampshire has the third lowest murder rate, with just 1.5 murders per 100,000, less than a third of the U.S. rate of 5.0. The state also has the second lowest rate of aggravated assault. Its 106 assaults for every 100,000 residents is less than half the U.S. rate. 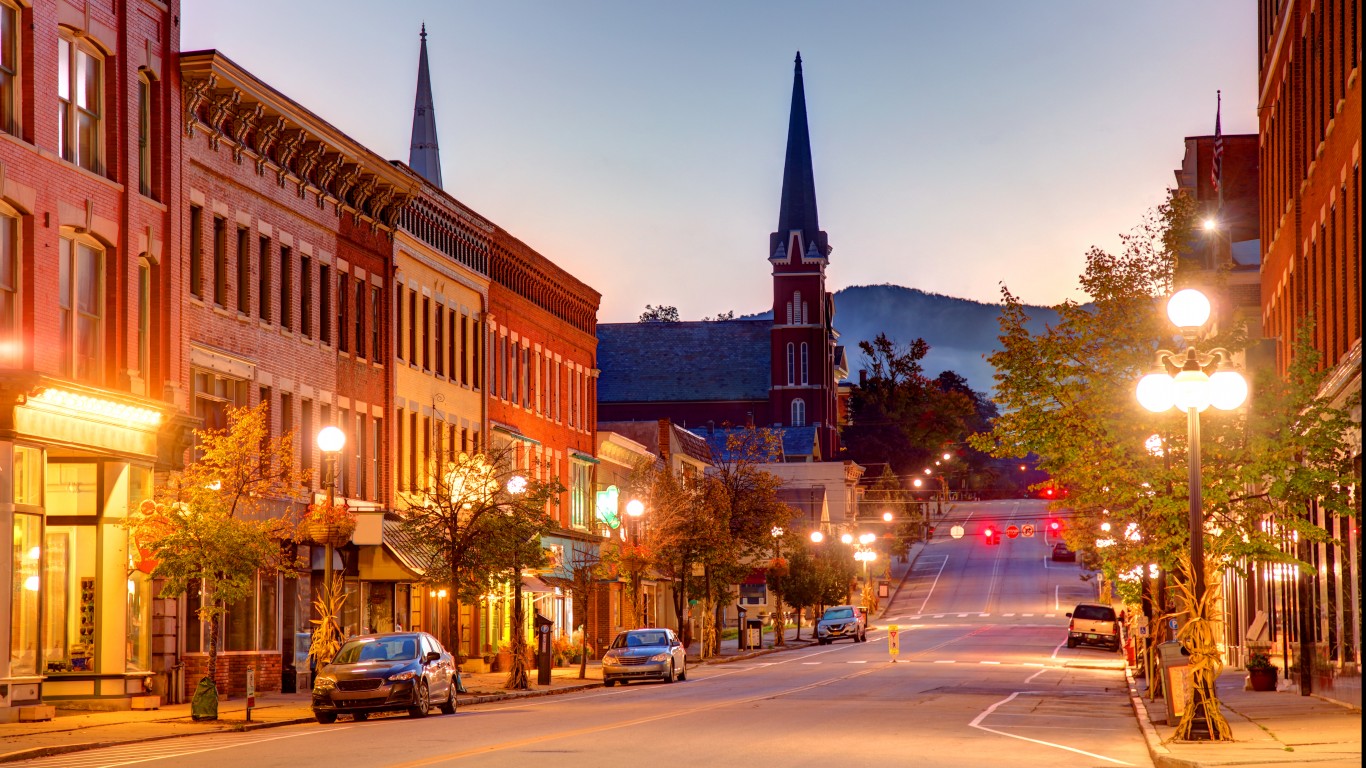 Like all other New England states, Vermont ranks among the 10 most peaceful in the country. It has the second lowest violent crime rate among states at 172 crimes per 100,000 residents, less than half the rate nationwide.

Partially as a result, Vermont has the fifth lowest incarceration rate with just 187 people per 100,000. However, this is changing, as Vermont’s prison population grew more than any other state between 2017 and 2018, at 7.3%. Nationwide, the prison population dropped 1.6% between those two years. 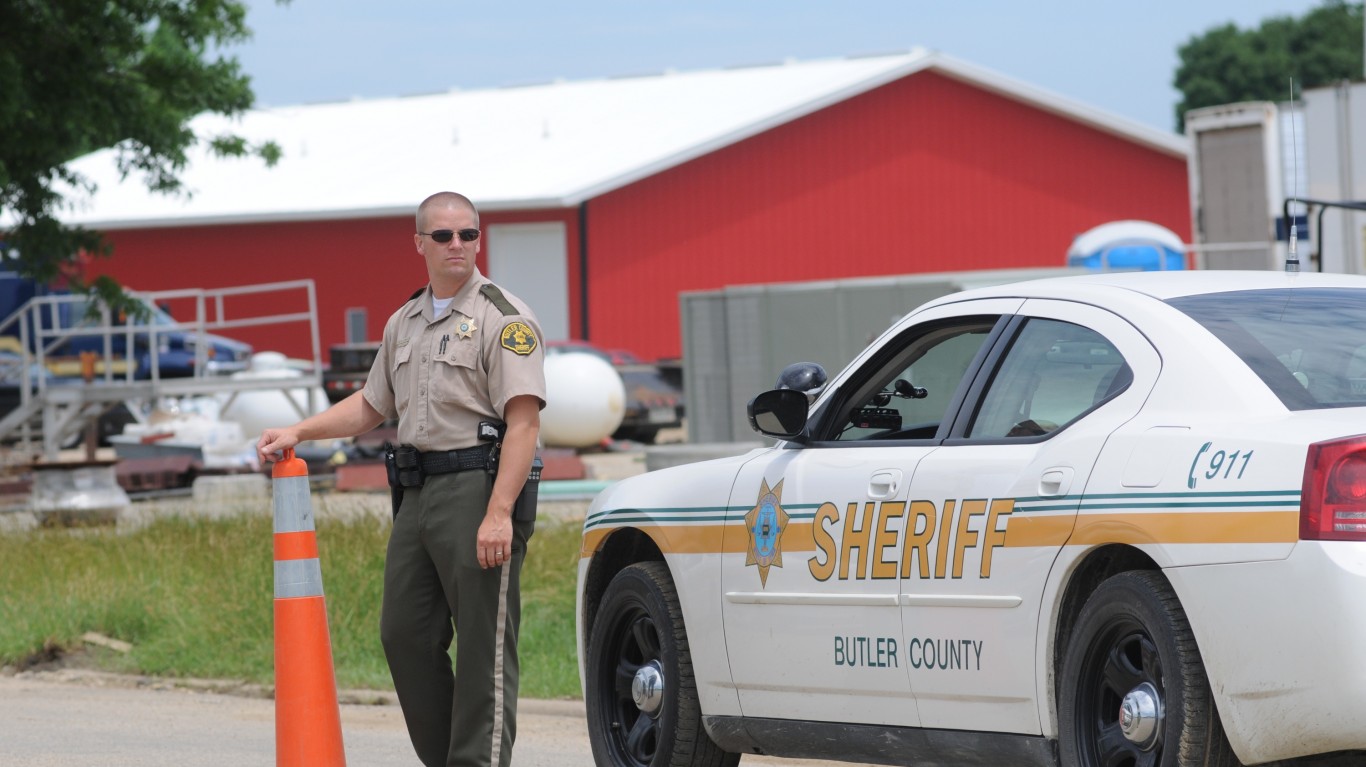 Iowa is one of just four states in which violent crime dropped by more than 10% from 2017 to 2018. The Midwestern state saw a 13% drop in violent crime per capita, spurred in part by a 45.1% drop in murders — both the second largest declines among all states.

In Iowa, the rates of both rape and robbery dropped by more than 25% — the first and third largest declines, respectively. Paradoxically, Iowa had the second largest percentage increase in its total prison population, at 4.4%. Nationwide, the prison population decreased by 1.6% from 2017 to 2018. Still, the state has a relatively small share of residents imprisoned at 297 per 100,000, compared to 448 per 100,000 in the typical state.