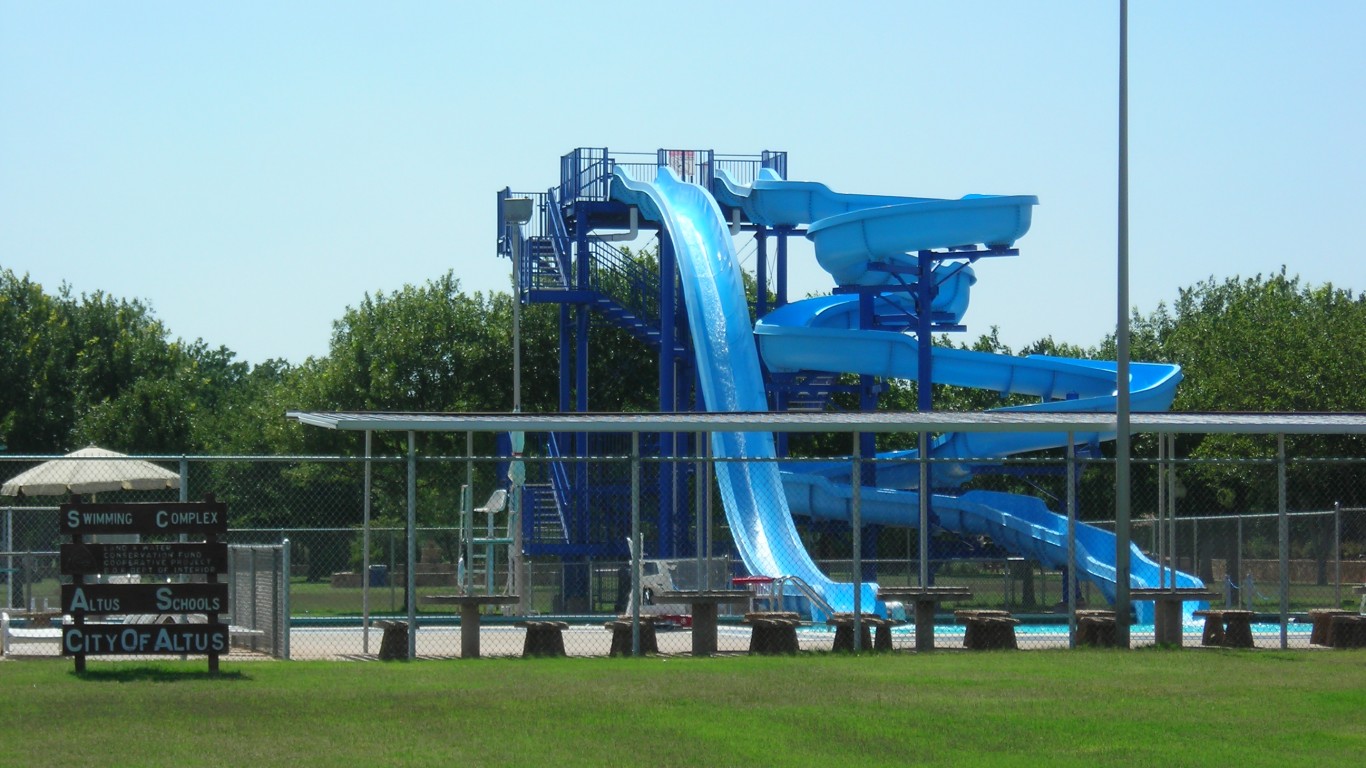 Many in Altus, Oklahoma, and the surrounding area may struggle to access fresh food. An estimated 86% of people across Jackson County, where Altus is located, live in low access tracts — those that are over a mile from a grocery store in urban areas and over 10 miles in rural areas.

Though the unemployment rate in Altus is only slightly higher than it is across the state as a whole, the city is shedding jobs. Over the last five years, the number of people who work in Altus fell by 2.4%. Those who are working in the city are not as likely to work in well-paying jobs. The median household annual income in Altus is just $42,035, about $9,000 less than the statewide median. 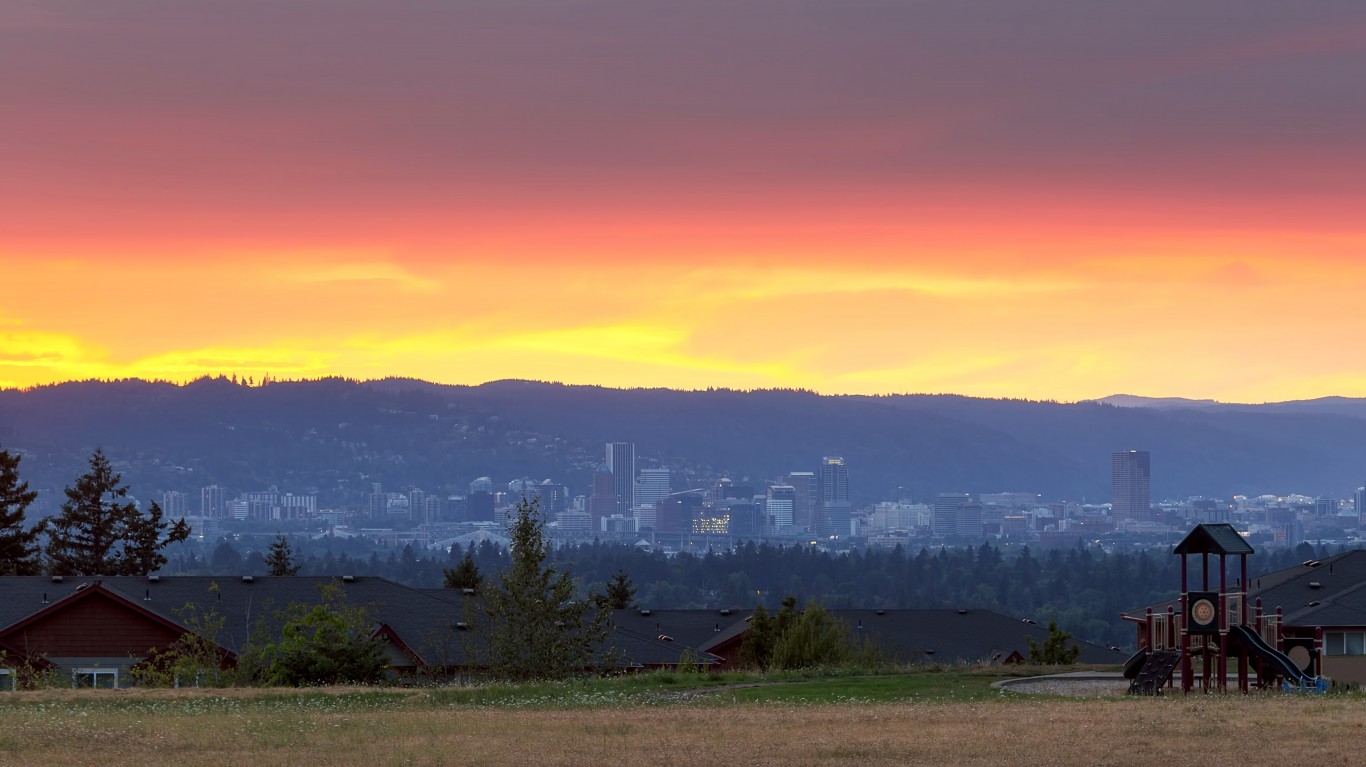 Altamont, Oregon, is located in the southern part of the state, just north of the California border. Incomes in Alamont are generally far lower than they are across the state. The typical area household earns just $41,601 a year, about $18,000 less than the typical Oregon household. Additionally, more than one in every 10 households in Altamont live on an income of less than $10,000 a year, compared to just 6% of households across Oregon.

The relative lack of well-paying jobs may be pushing people out of Altamont. In the last five years, the community’s population has fallen by nearly 2.0%.

ALSO READ: Missed Housing Payments Are Piling up in Nearly Every State 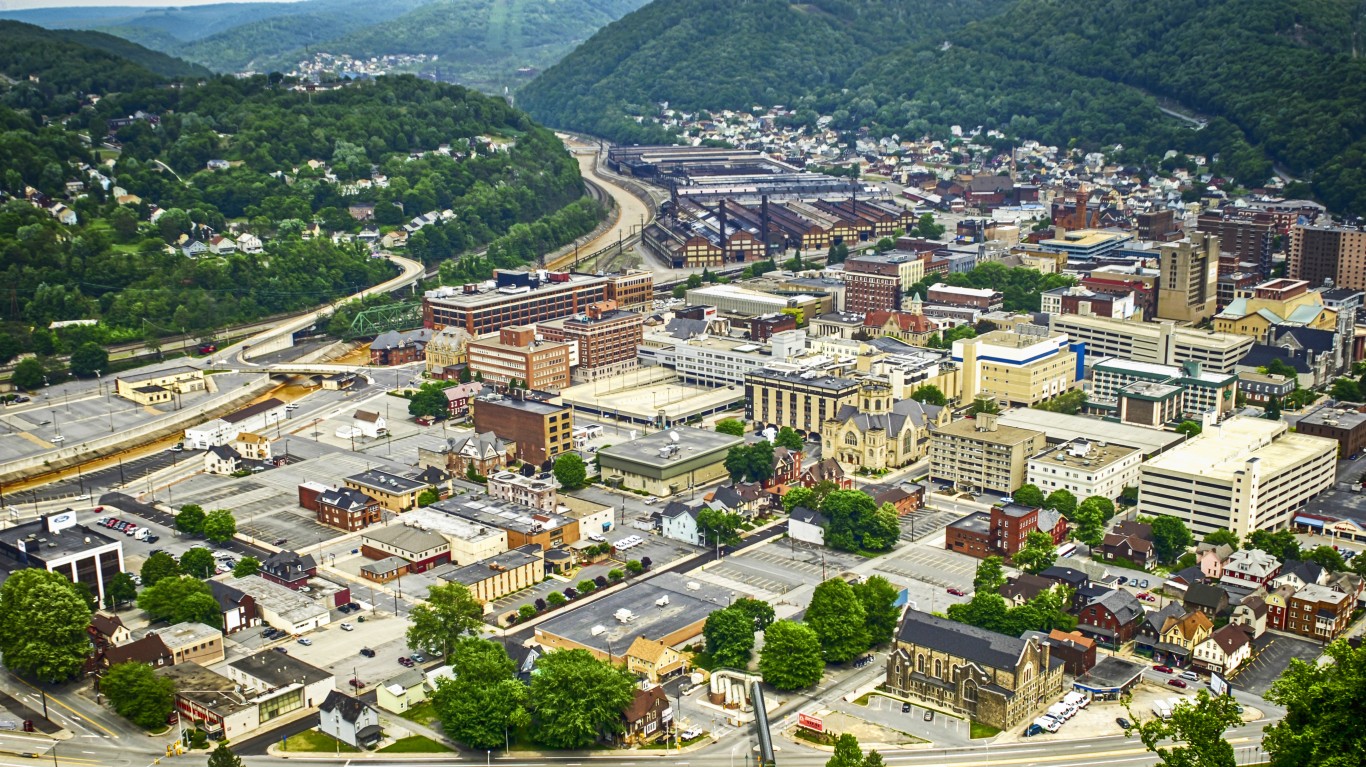 Jobs in Johnstown, Pennsylvania, have disappeared rapidly in recent years. Overall employment in the small western Pennsylvania city has fallen by 7.6% in the last half decade. Over the same period, the average jobless rate in Johnstown was 14.2%, well more than double the comparable 5.8% statewide unemployment rate. With widespread joblessness, Johnstown is also one of the poorest places in the state, with a poverty rate of 38.7% — triple the comparable 12.8% rate across Pennsylvania.

Economically distressed areas often also face more severe social and health problems, and in Cambria County, where Johnstown is located, there are about 61 drug overdose deaths for every 100,000 people annually — the most of any county in the state and nearly triple the national rate. 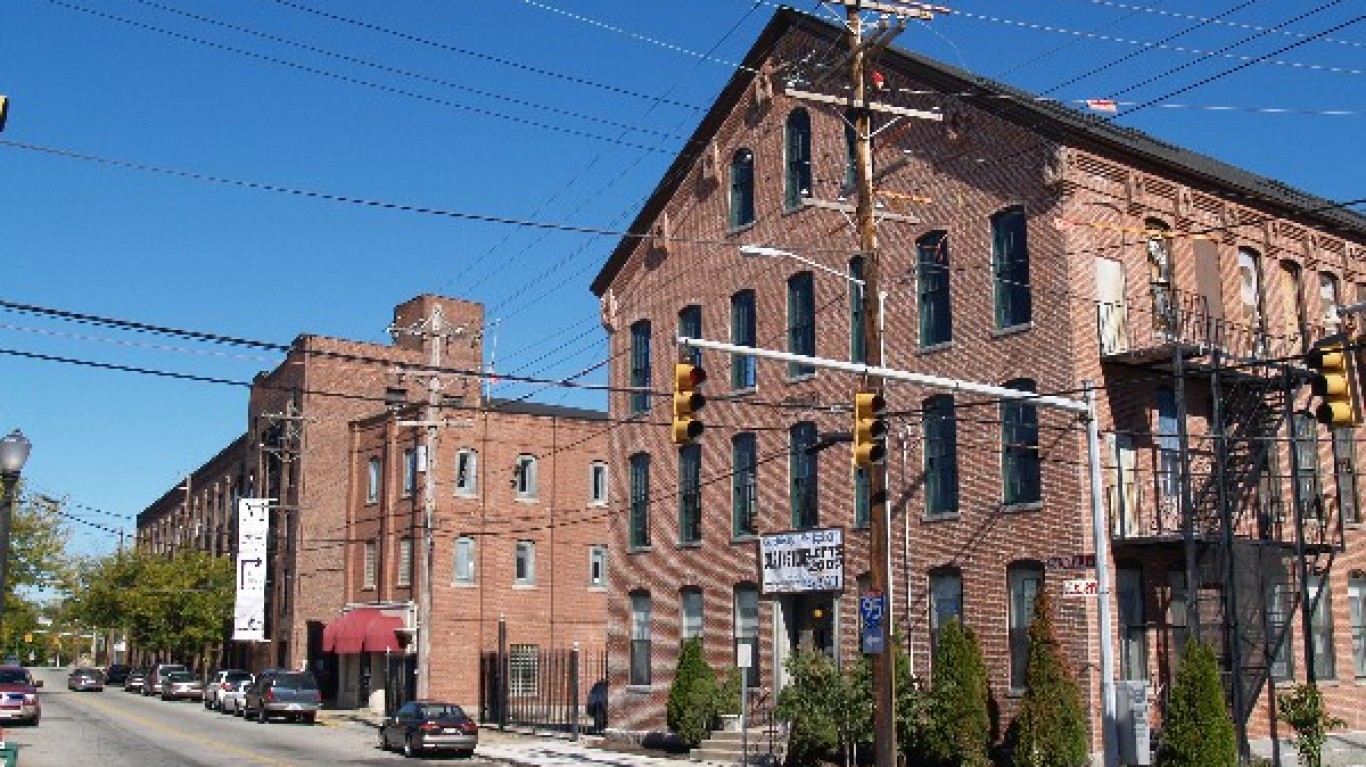 Central Falls, Rhode Island, located just north of Providence, ranks as the worst place to live in the state, largely due to widespread financial hardship. The city’s poverty rate of 32.8% is well more than double the comparable 13.1% rate statewide.

In addition to some serious economic challenges Central Falls is struggling with health problems as well. In Providence County, where the city is located, there are about 33 drug overdose deaths for every 100,000 people annually — the most of any county in the state and well above the national rate of 22 per 100,000. 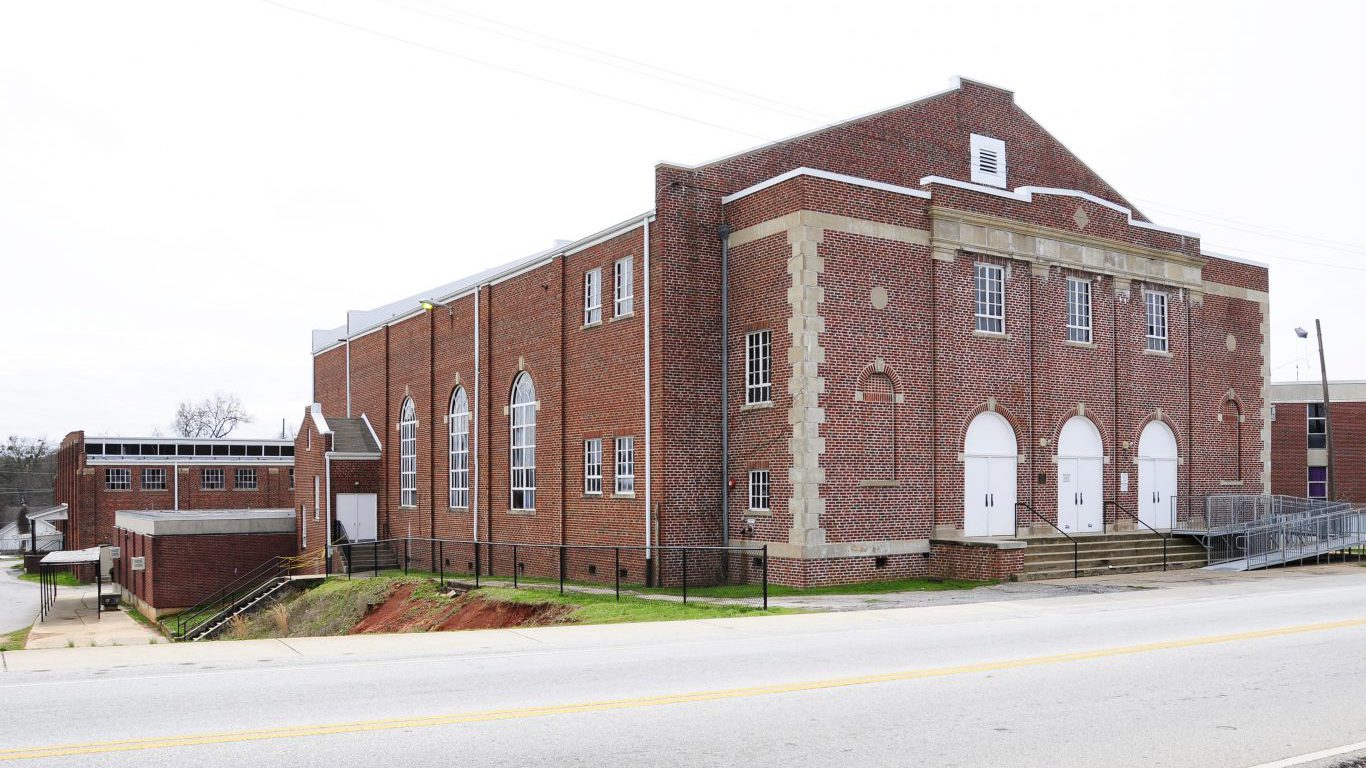 Parker is a small Census designated place just outside of Greenville, South Carolina. The area is characterized by widespread financial hardship. Nearly one in every three residents live below the poverty line, double the comparable poverty rate across the state as a whole.

Real estate values can be indicative of an area’s desirability as a place to live. In Parker, the typical home is worth just $73,300, less than half the median home value across South Carolina of $154,800.