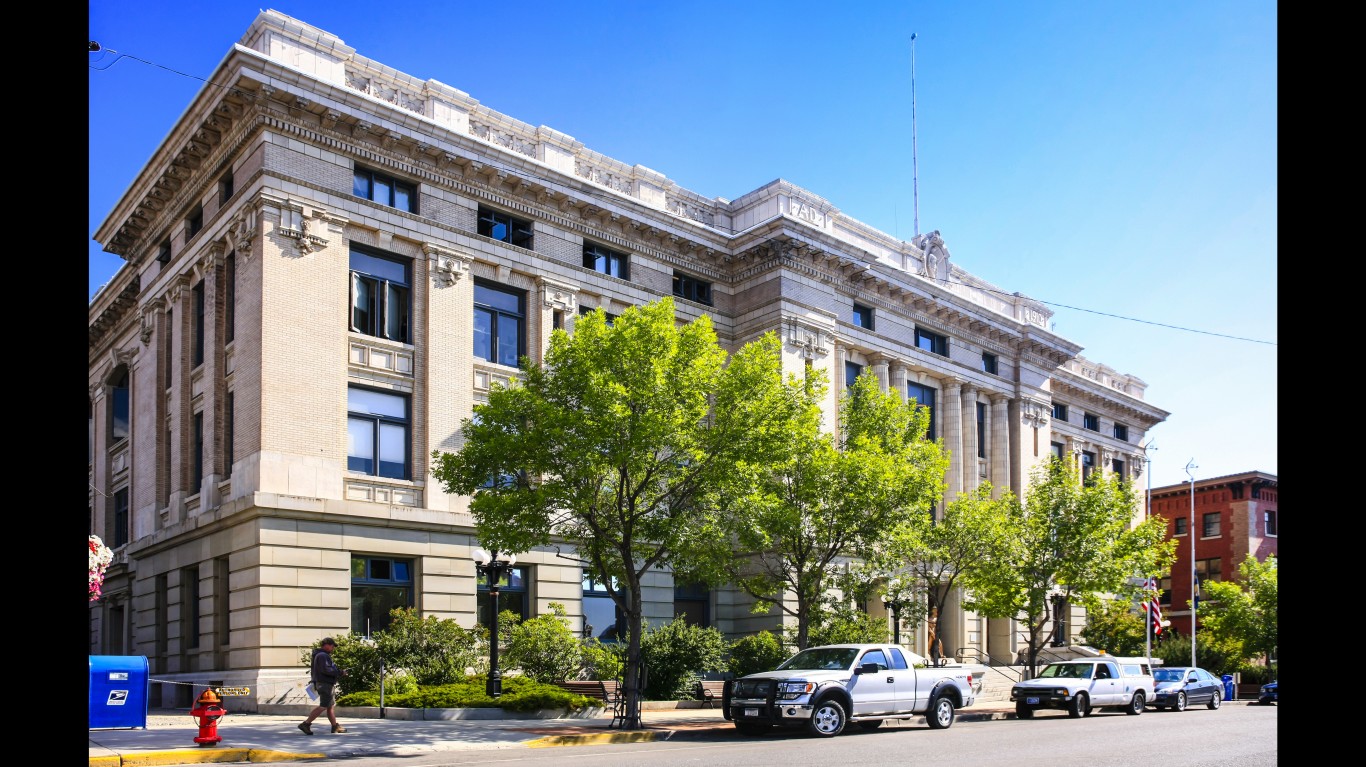 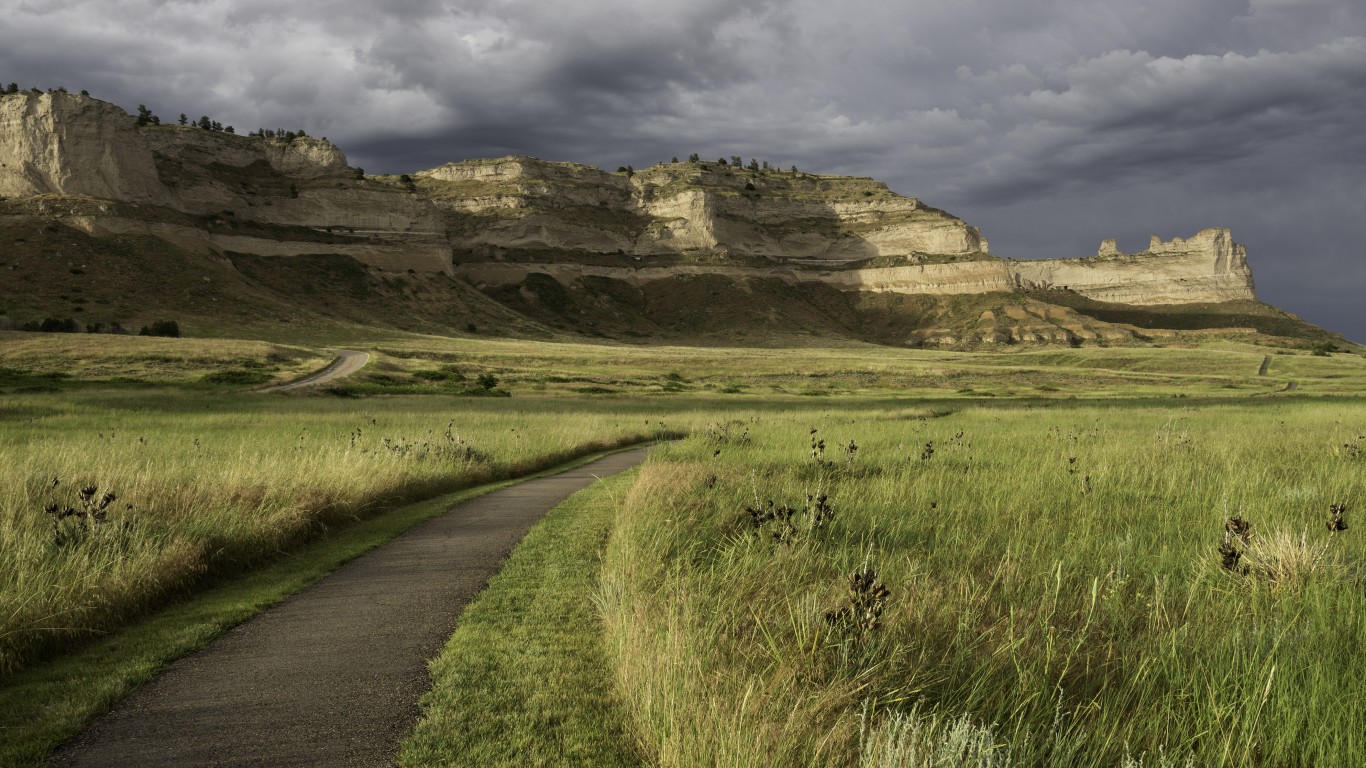 Scotts Bluff County makes up part of the western edge of Nebraska, along the state’s border with Wyoming. Like many other counties that have the worst drug problem in their state, economic conditions in Scotts Bluff County are worse than they are across the state as a whole. The county’s median household income of $49,745 is well below the state median of $61,439. Though the county’s poverty rate of 13.6% is roughly in line with the national rate, it is higher than Nebraska’s 11.1% poverty rate.

ALSO READ: The Income a Family Really Needs to Avoid Poverty in Every State 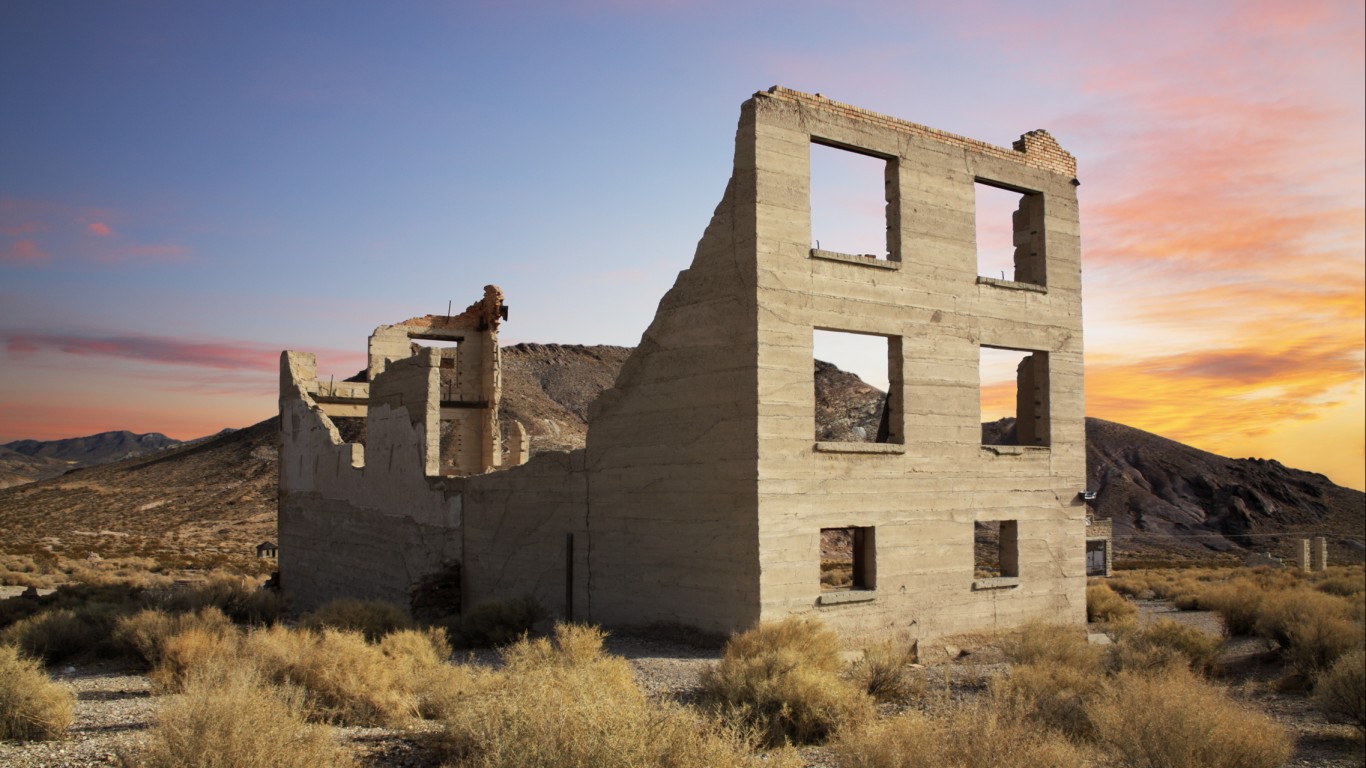 In part because of the relative prevalence of drug deaths, Nye County residents are much more likely to die prematurely than the typical American county. The county reported 551 deaths before age 75 per 100,000 residents. The nationwide premature death rate is 340 incidents per 100,000. 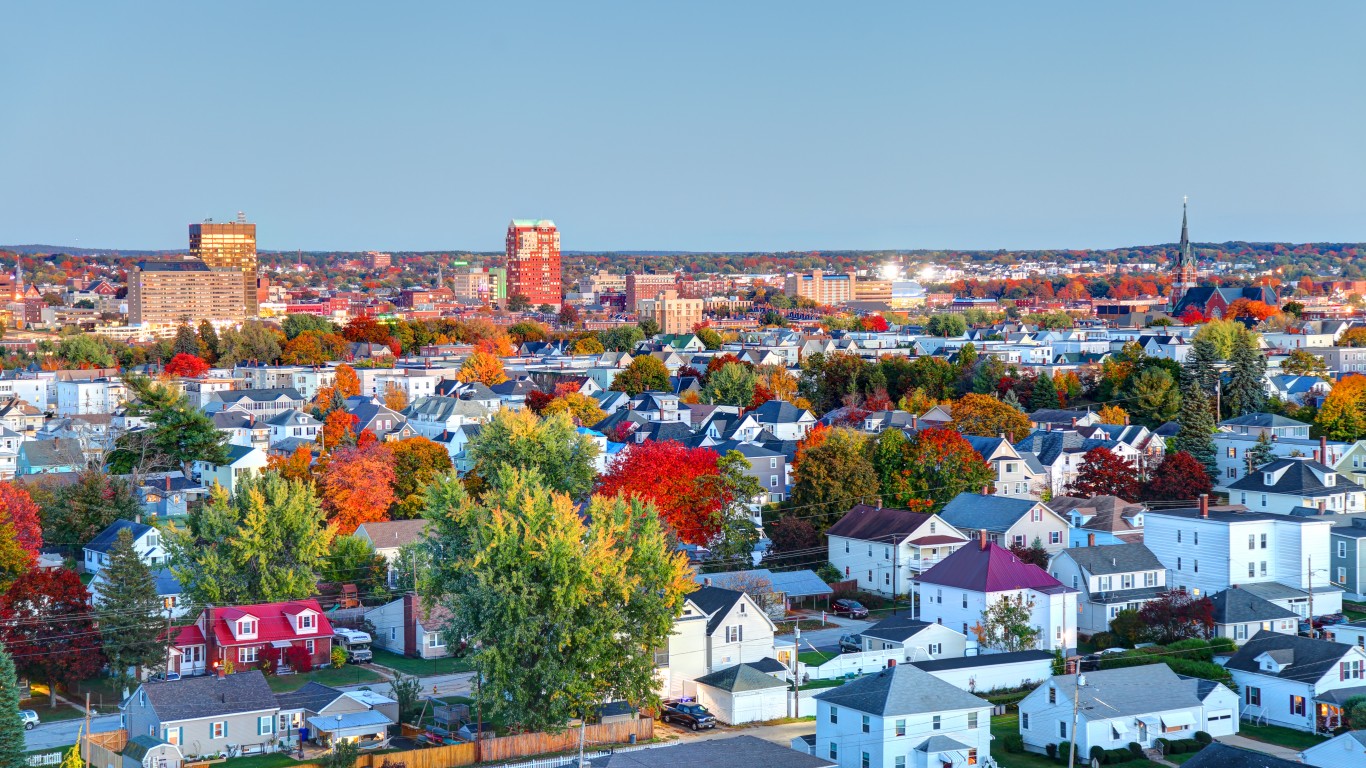 Hillsborough County, New Hampshire, residents are more than twice as likely to die of a drug overdose as a typical American. The county, in the southeastern part of the state, reported 43 annual drug deaths from 2015 to 2019 per 100,000 residents.

In recent years, rural areas have struggled more than urban ones with drug overdose deaths. Yet Hillsborough County stands out as having the biggest drug problem in New Hampshire despite being the most populous place in the state. With over 400,000 people, the county is more than 100,000 people larger than anywhere else in the state. It is home to Manchester and Nashua, the two largest cities in the state. 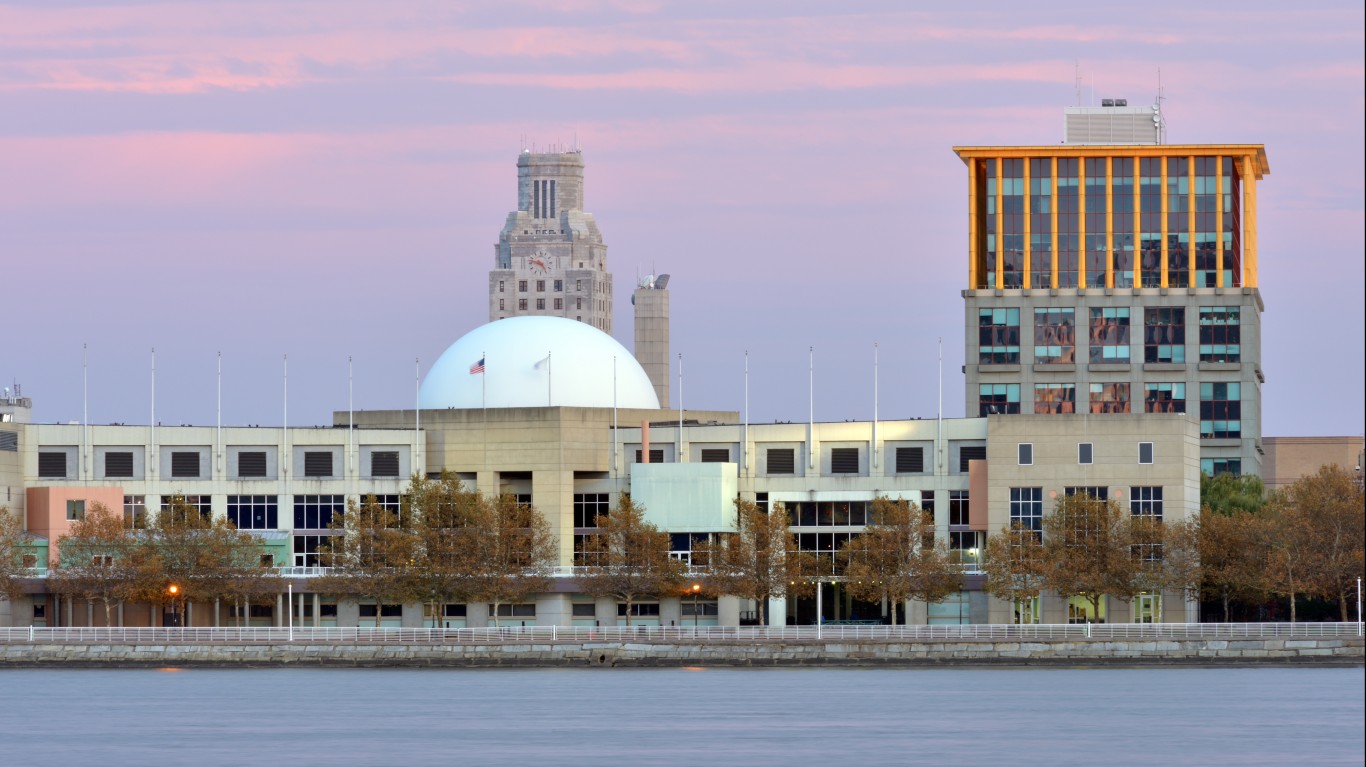 Poor counties have been most affected by the opioid crisis. At 10.5%, Camden County’s November 2020 unemployment rate is the sixth highest in the state and significantly higher than the U.S. unemployment rate of 6.4%. Camden residents are also more likely to live below the poverty line compared to people across New Jersey as a whole.

This Is the Most Obese Country in the World