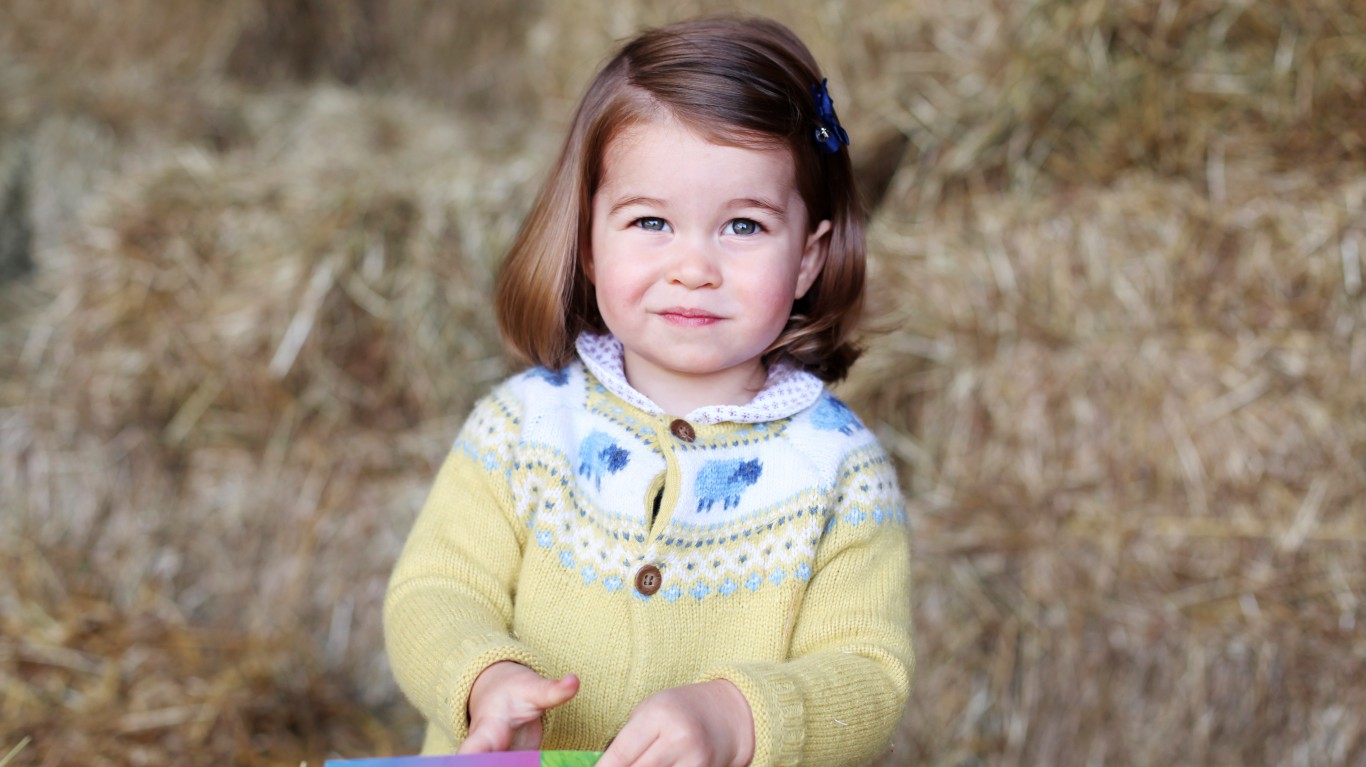 Just like the birth of her older brother, Prince George, the arrival of Princess Charlotte was eagerly anticipated. As was the case two years prior, dozens of fans gathered in front and around the hospital where Kate Middleton delivered to get a first glimpse of the princess. More than a million tweets about the event were posted and about as many searches were recorded about the royal baby the day she was born. 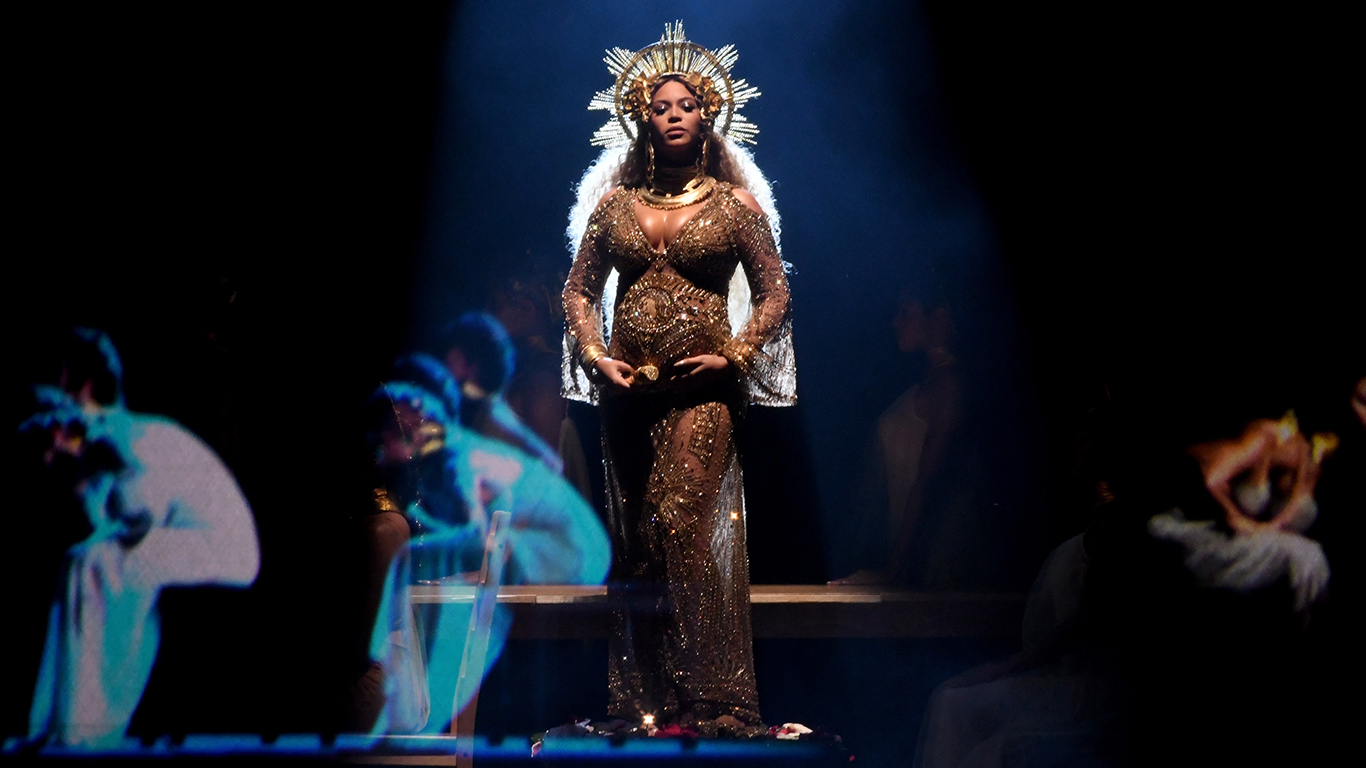 Beyonce had to postpone her planned 2017 Coachella headlining set after she unexpectedly became pregnant with twins Sir and Rumi. In the documentary about her return to Coachella in 2018, she spoke about her health issues during pregnancy, including high blood pressure, toxemia, and preeclampsia. One of the baby’s hearts actually paused in utero, forcing an emergency C-section.

24/7 Wall St.
States Where the Most Twins Are Born 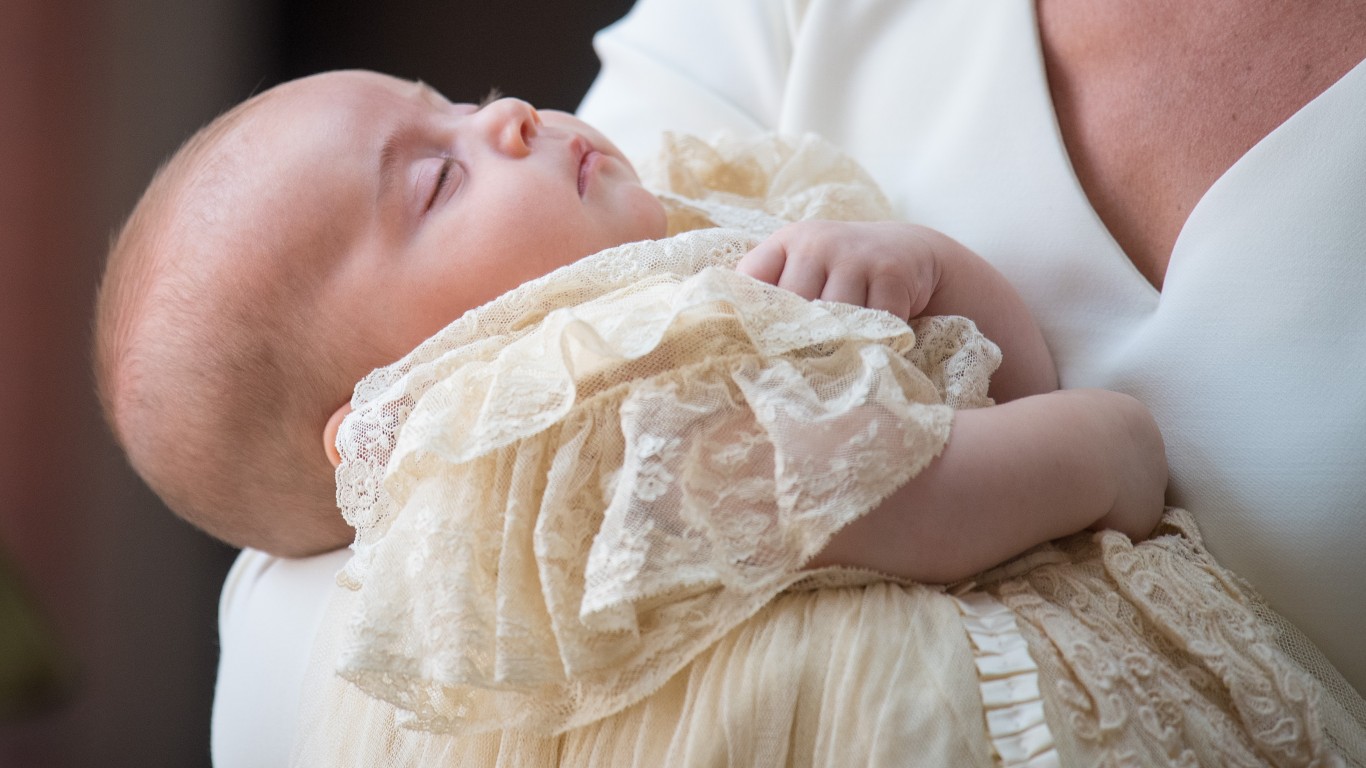 Even though it was the third royal baby in five years and the world was having a royal wedding fever with Prince Harry and Meghan Markle being just weeks away from their big day, Prince Louis was in the news for a long time. Gender predictions, bets on names, pregnancy updates, inside looks of the hospital where Kate Middleton would give birth were all discussed — the public couldn’t seem to get enough. 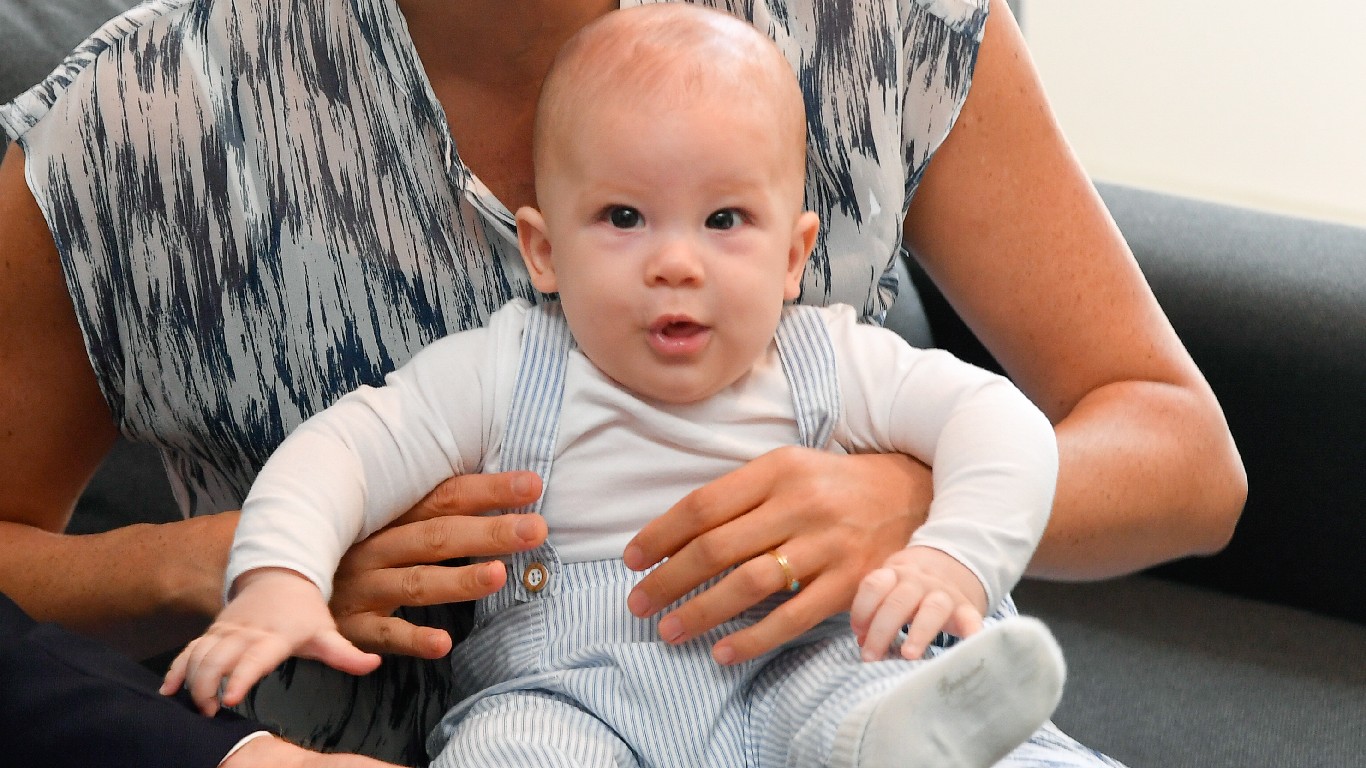 The firstborn son of Prince Harry and Meghan, Duchess of Sussex will soon celebrate his second birthday, a few weeks before he becomes a big brother to a sister. Similarly to the birth of other royal babies, betting on the name was very popular. The odd were, at 5/1, that baby’s name would be Arthur. In second place, at 6/1, were Albert and Philip.