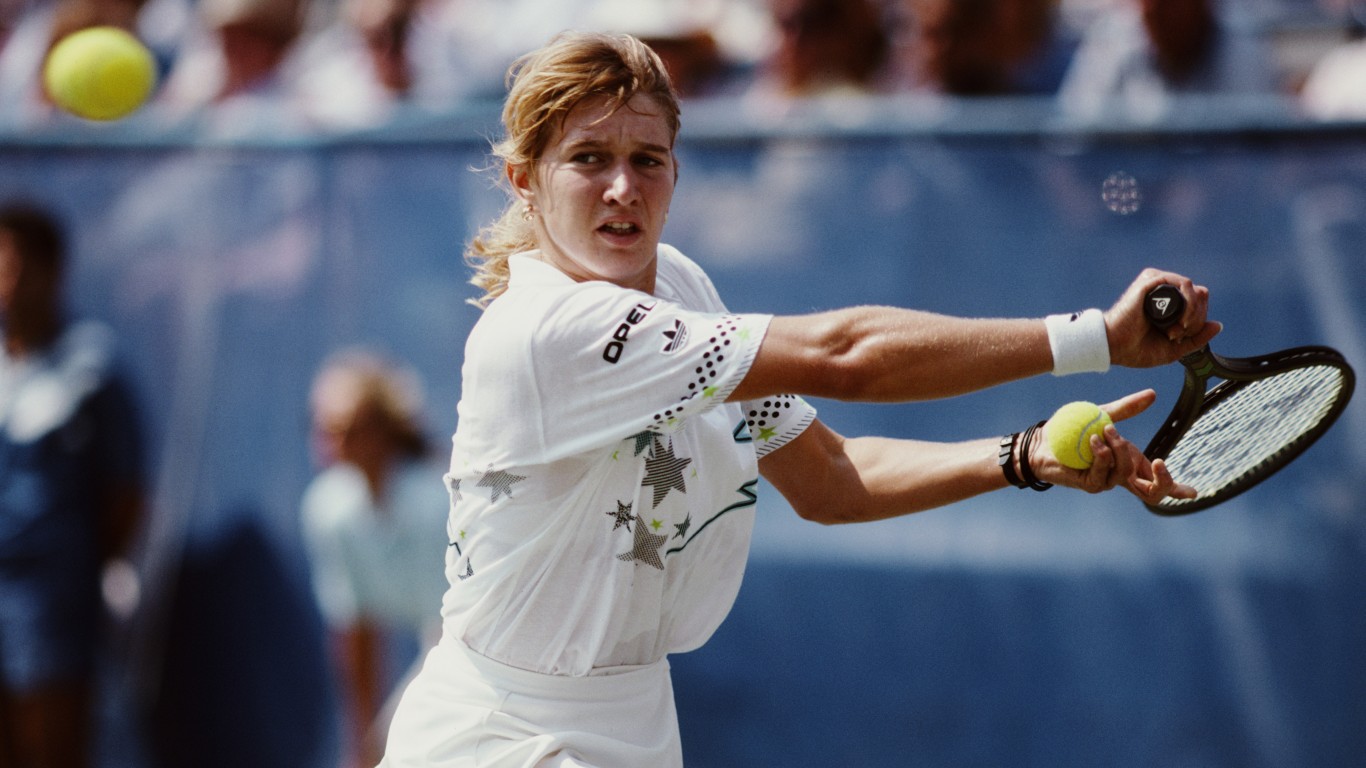 In 1988, Steffi Graf accomplished a feat unequaled in tennis. She won the four Grand Slam titles and the women’s singles gold medal at the Olympic Games in Seoul, South Korea, all in the same calendar year. The West German athlete lost only one match in all of 1988. Gifted with a powerful forehand, Graf occupied the No. 1 ranking in the world for a record 377 total weeks before she retired in 1999. 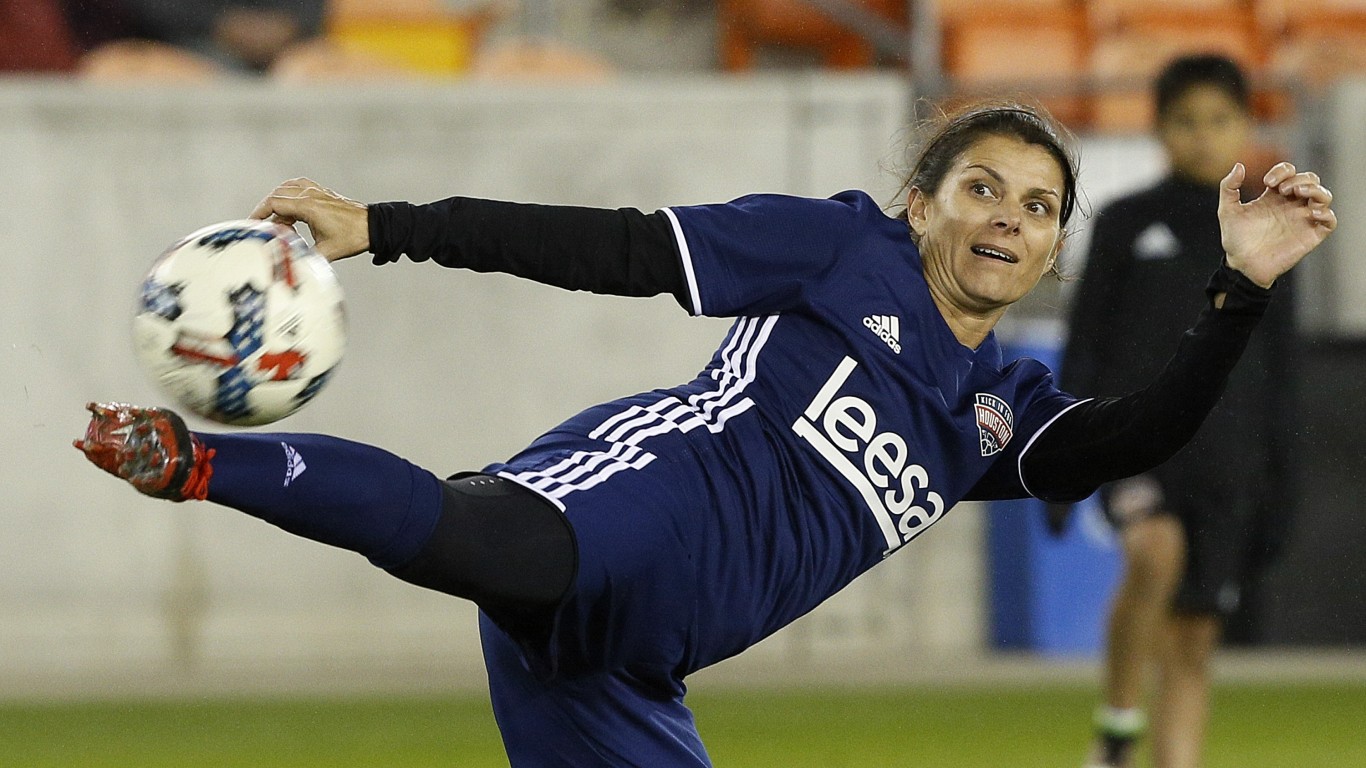 Mia Hamm was an early superstar in American women’s soccer. She joined the United States Women’s National Team at age 15 and was on the national squad for 17 seasons. Hamm scored 158 goals, which was an American women’s soccer record until it was surpassed by Abby Wambach, and also had 144 assists. She was a member of two World Cup championship teams in 1991 and 1999. Hamm was Women’s FIFA World Player of the Year twice. She was the first woman inducted into the World Football Hall of Fame. 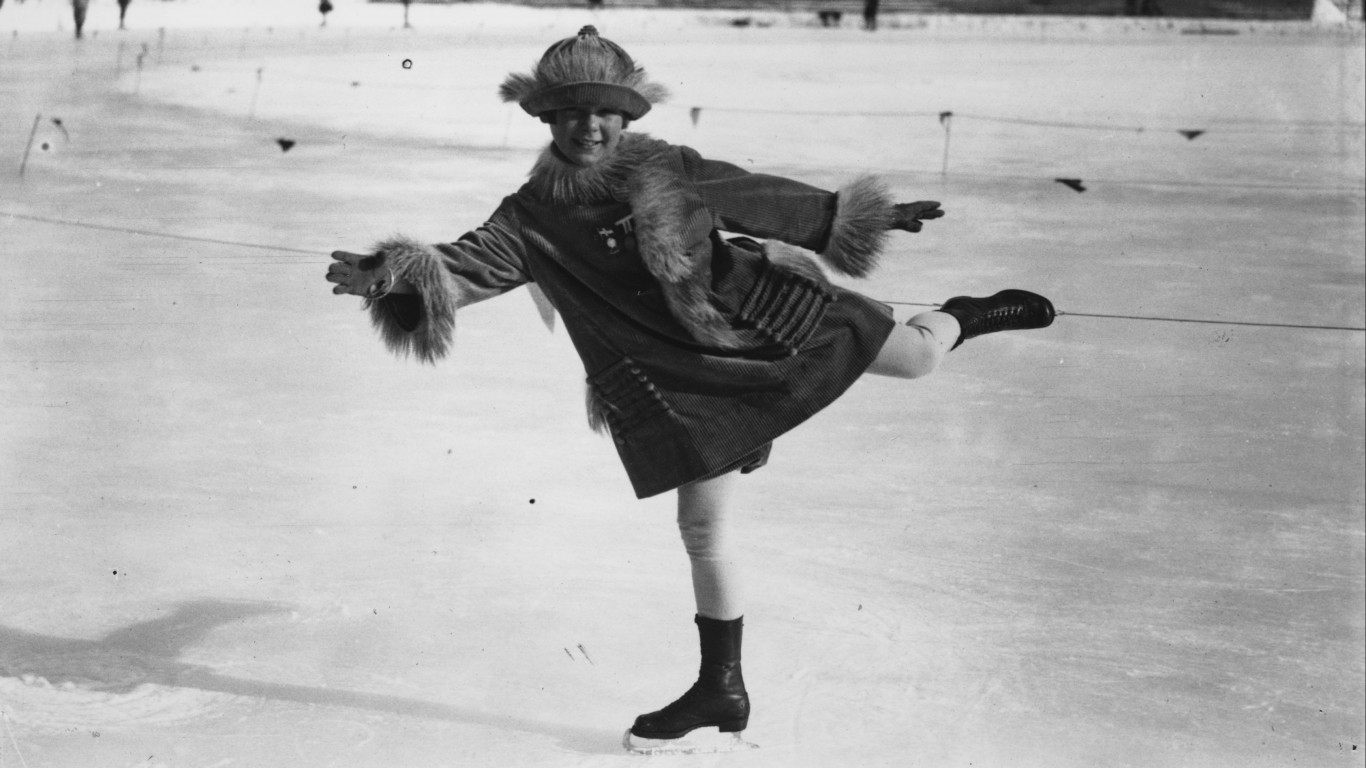 Sonja Henie is the most famous female skater of all time. The Norwegian skater won three Olympic women’s figure gold medals in 1928, 1932, and 1936, 10 straight world championships, and was a six-time European Champion. Henie became a professional skater whose tours were very successful and she also became a film star, one of the first female Olympic athletes able to capitalize on her fame. 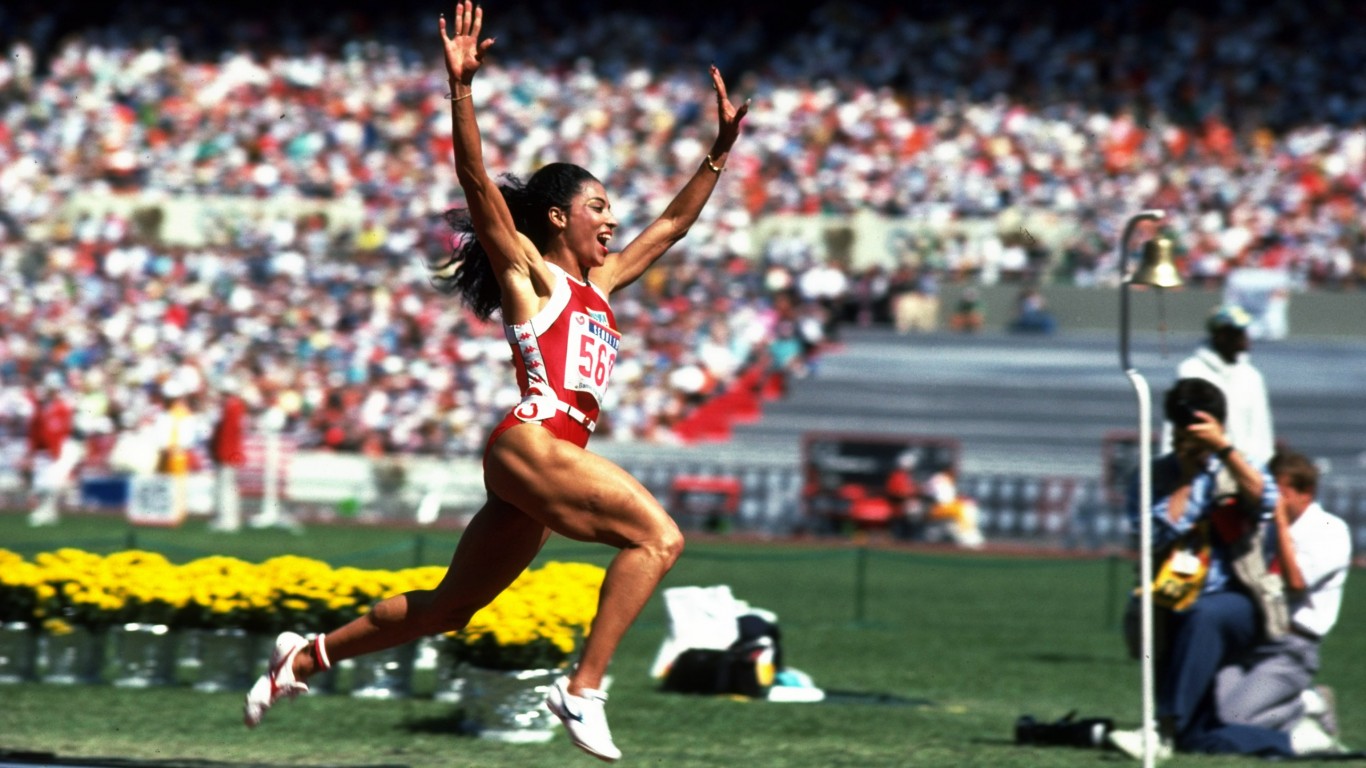 Also known as Flo-Jo, and the sister-in-law of fellow track athlete Jackie Joyner-Kersee, Florence Griffith Joyner earned a silver medal in the 200-meter dash at the 1984 Olympics in Los Angeles. Four years later, the spotlight was hers as she won three golds and one silver at the 1988 Olympics, capturing the 100, 200 and 4×100 relay, while taking second in the 4×400 relay. She came under suspicion for using performance-enhancing drugs after the 1988 Olympics. Joyner always claimed her innocence and she never failed a drug test. 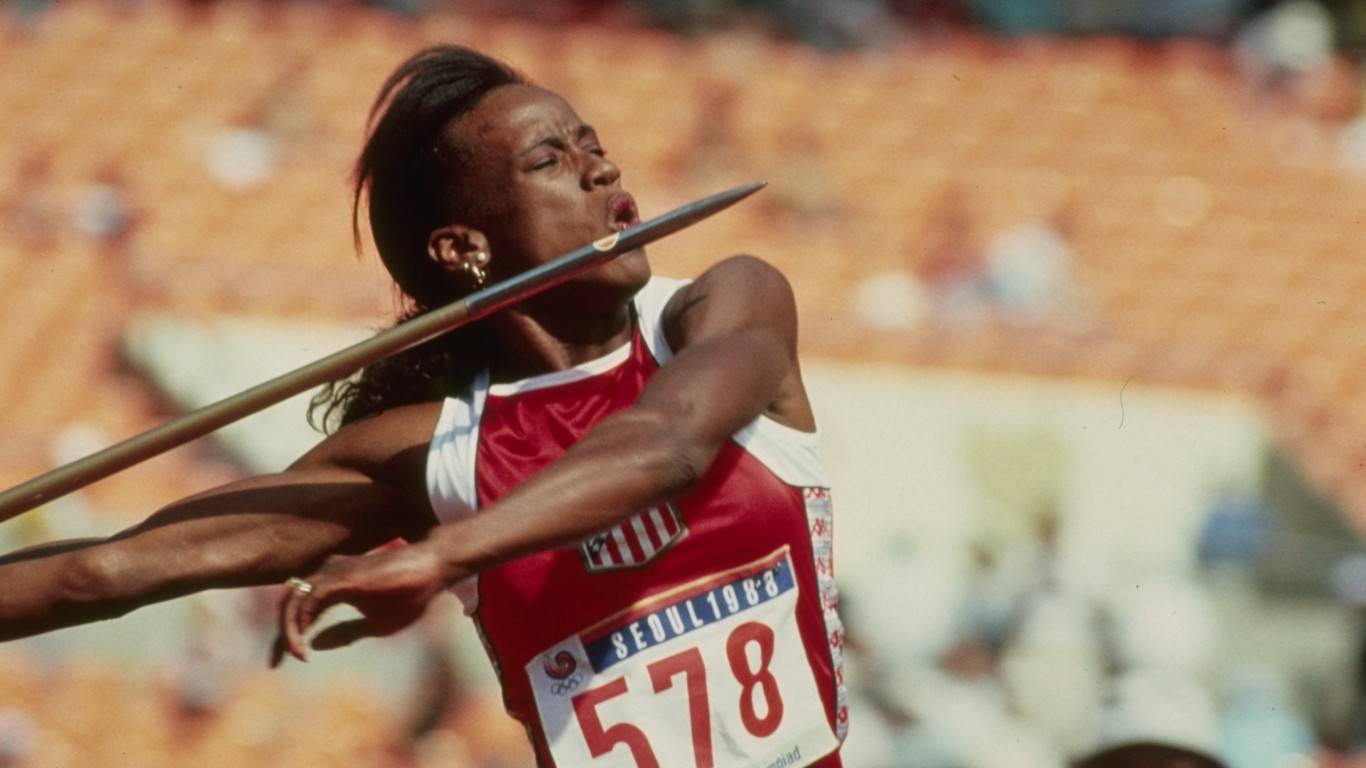