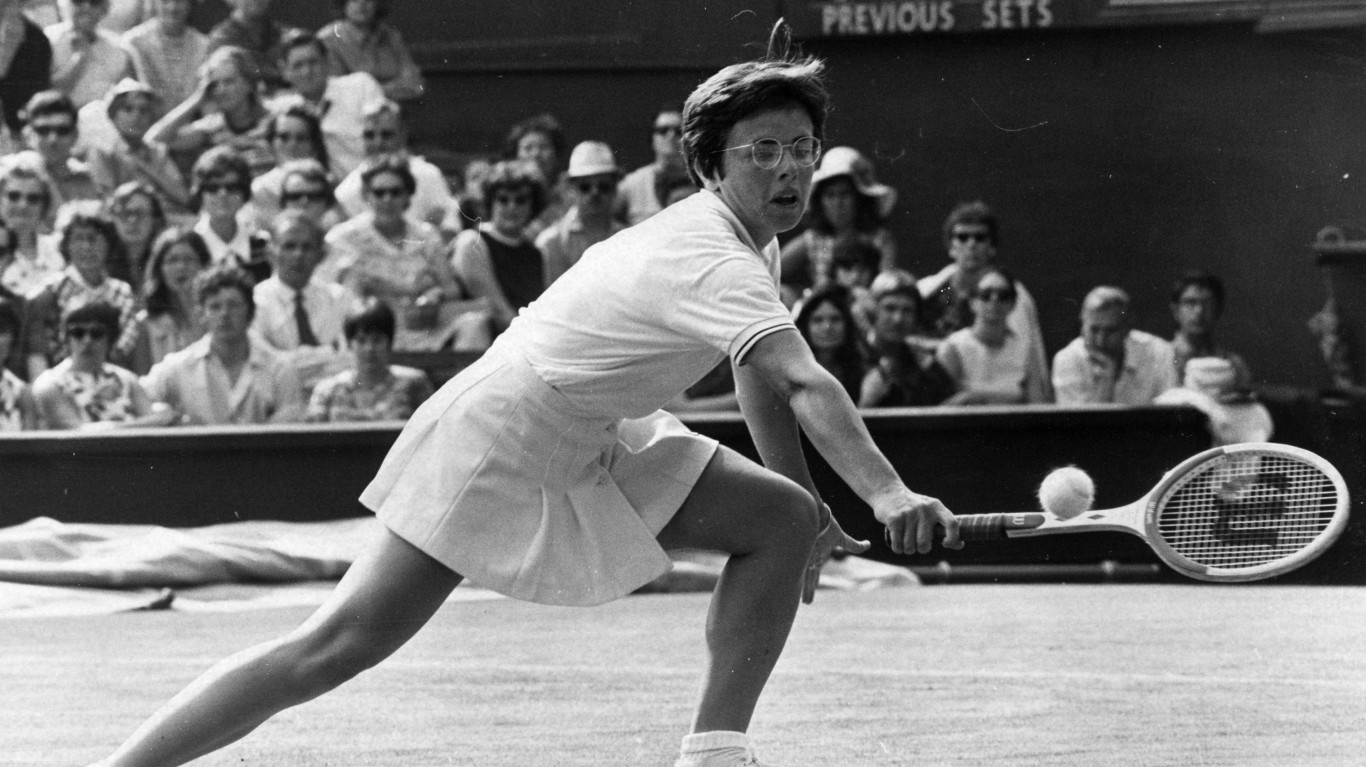 Billie Jean King elevated women’s tennis in the 1960s and 1970s. Over a career from 1959 to 1983, she won 39 Grand Slam titles â 12 singles, 16 women’s doubles, and 11 mixed doubles. An outspoken figure in the fight for women’s rights, as well as an advocate for gay rights, King won her most celebrated match in 1973 by defeating Bobby Riggs, shattering negative stereotypes of women athletes in the so-called “Battle of the Sexes” match in the Houston Astrodome. 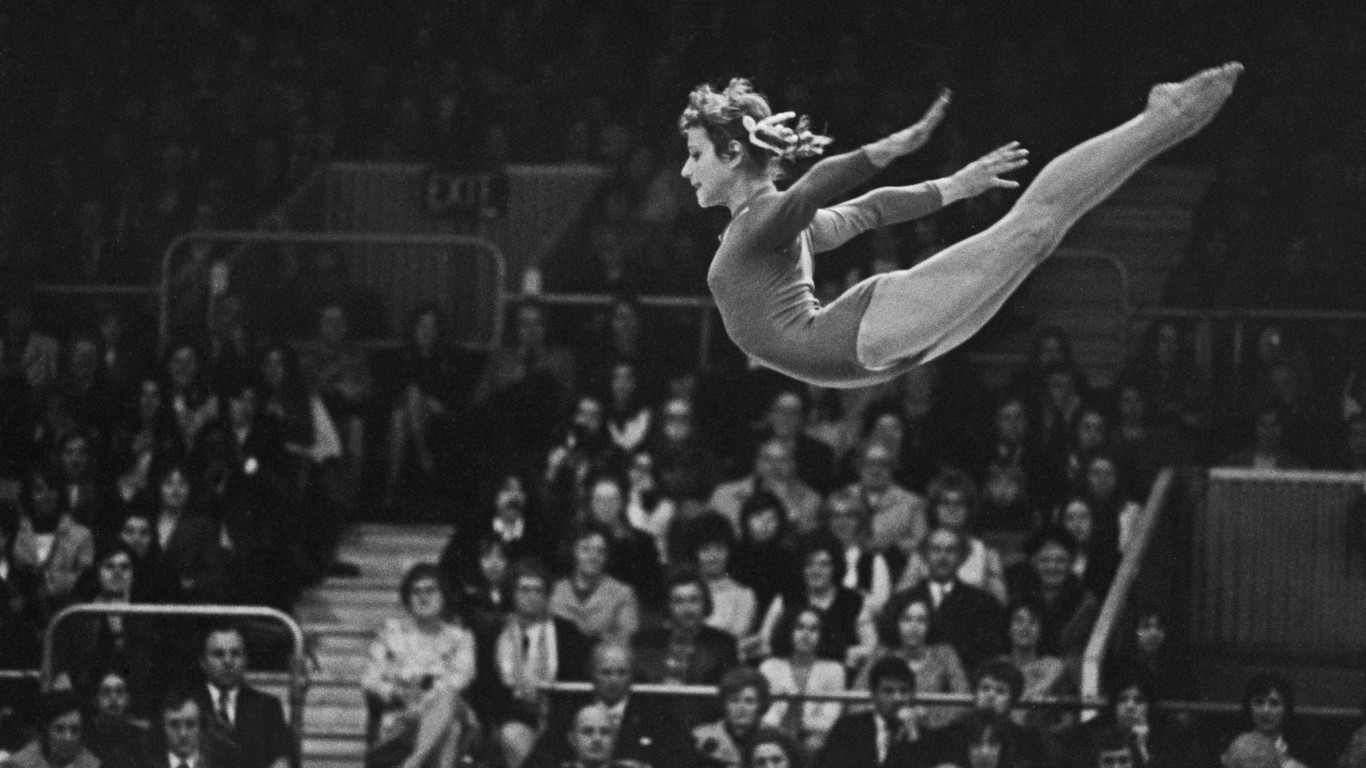 Olga Korbut was a gymnast from the Soviet Union who pushed the envelope on what could be possible in her sport. She won three gold medals at the 1972 Olympic Games in Munich, then a team gold medal and an individual silver medal for the balance beam In the 1976 Olympic Games at Montreal. She became the first gymnast to perform a backward aerial somersault on the balance beam and the first to do a backward release on the uneven parallel bars.

ALSO READ: The 25 Jobs Most Commonly Held by Women 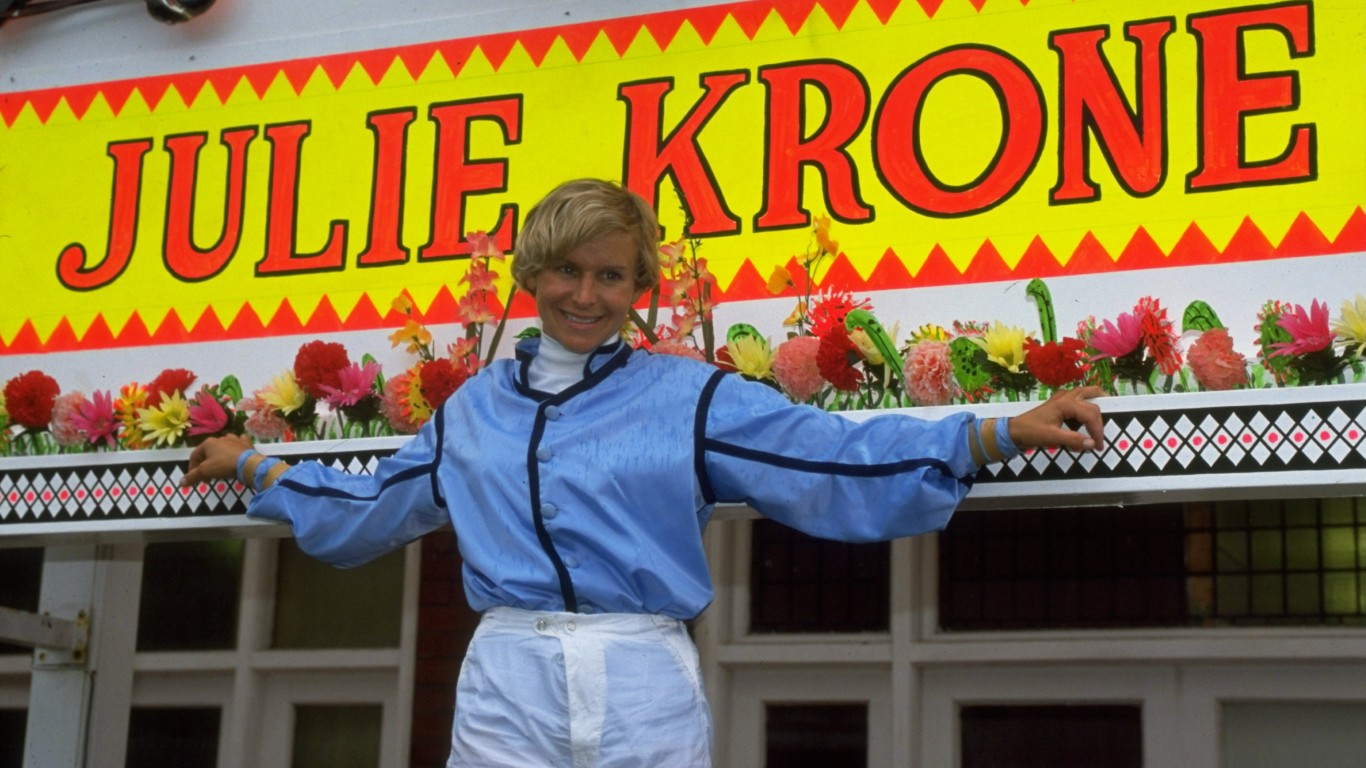 Julie Krone broke barriers by becoming the first female jockey to win the Belmont Stakes in 1993. She won six races in one day at Monmouth Park and five at the Meadowlands racetrack, tying records at both tracks. In 2000, she became the first woman inducted into the National Museum of Racing’s Hall of Fame. 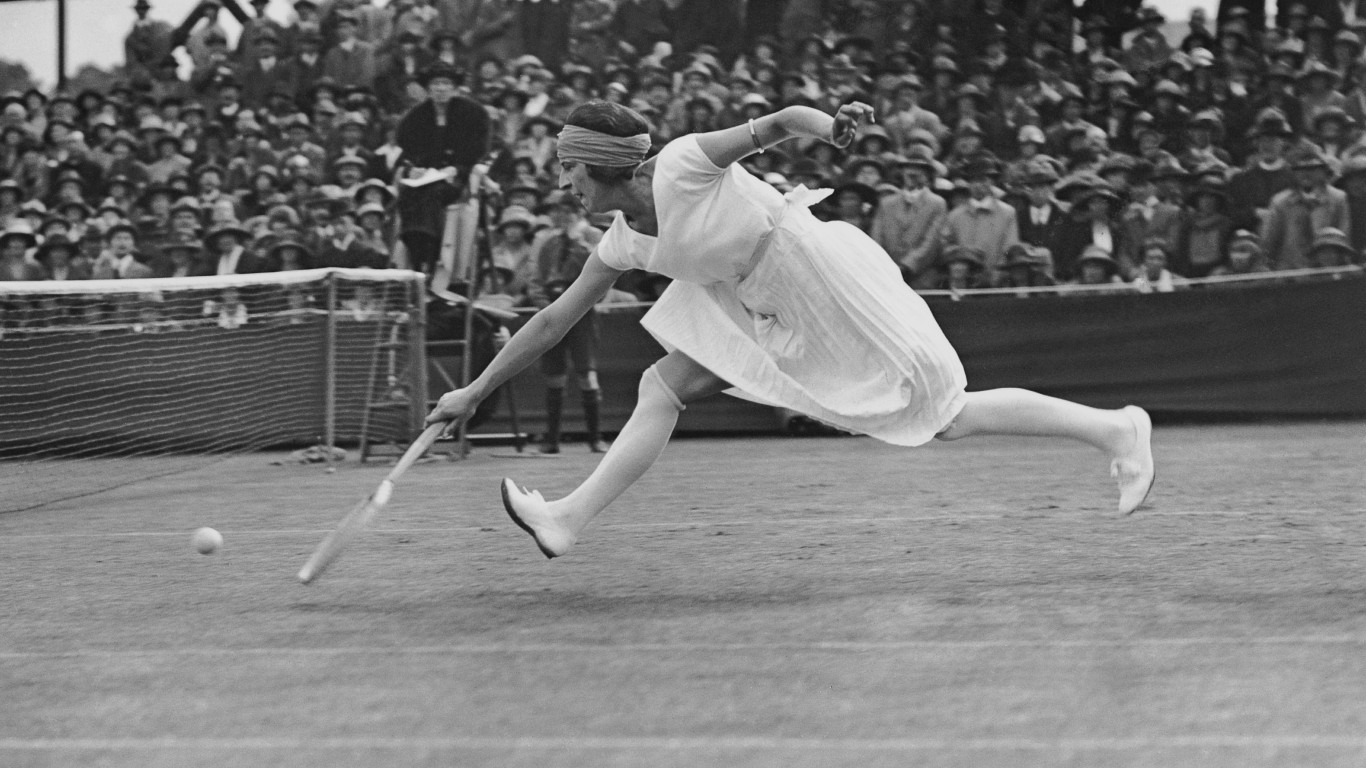 The 1920s featured some of sport’s most famous athletes, such as Babe Ruth, Red Grange, and Jack Dempsey. Tennis had its colorful celebrities also, among them the flamboyant Suzanne Lenglen. She was unconventional, cutting her hair short, wearing her tennis dresses above her calf, and often drinking liquor from a flask between sets. The French star won a combined 34 major titles in singles, doubles, and mixed doubles at the French and Wimbledon Championships. 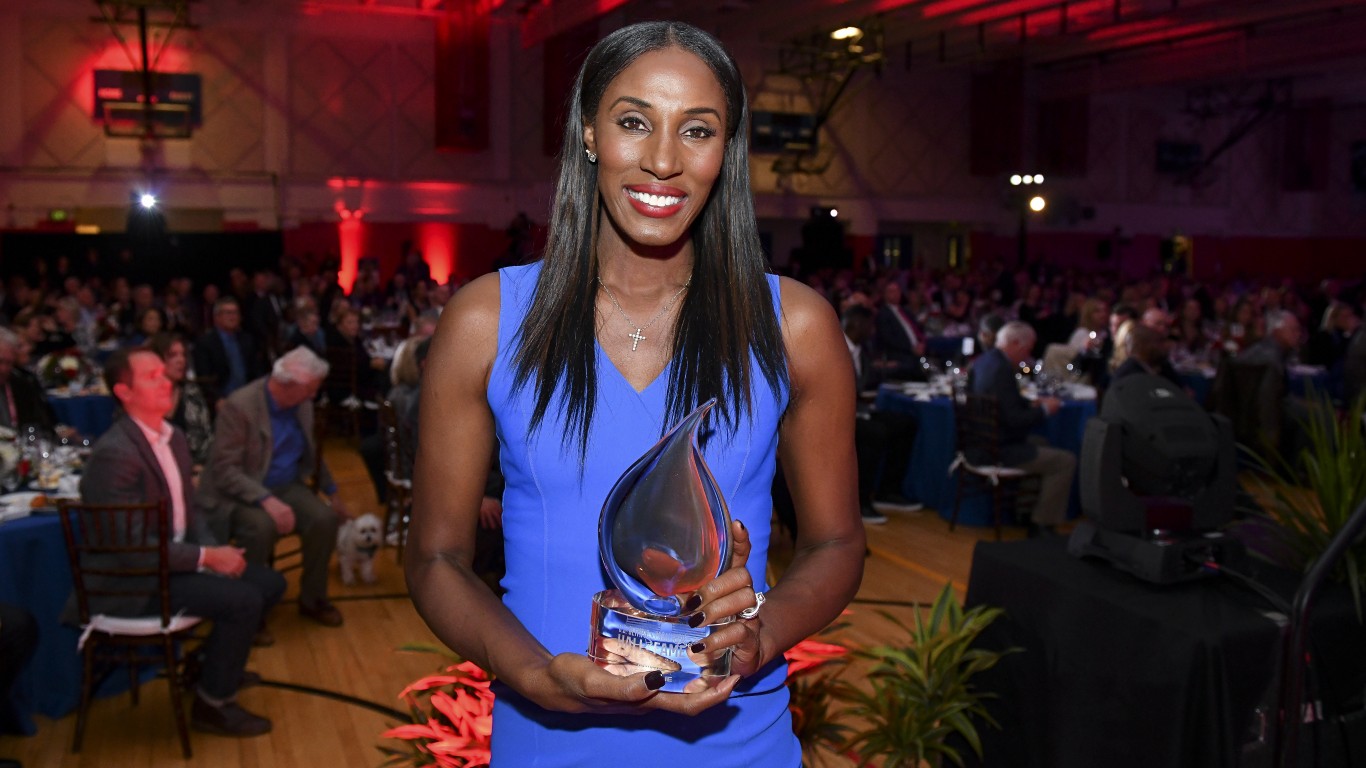 Lisa Leslie was instrumental in boosting the visibility of the fledgling WNBA. She was a three-time league MVP in the WNBA, and as center for the U.S. national women’s team, led the United States to four Olympic consecutive gold medals, starting at the 1996 Games in Atlanta. In the WNBA, she led the Los Angeles Sparks to back-to-back titles in 2001 and 2002. She was the first female to dunk a basketball during a game and once scored 101 points in a high school game.