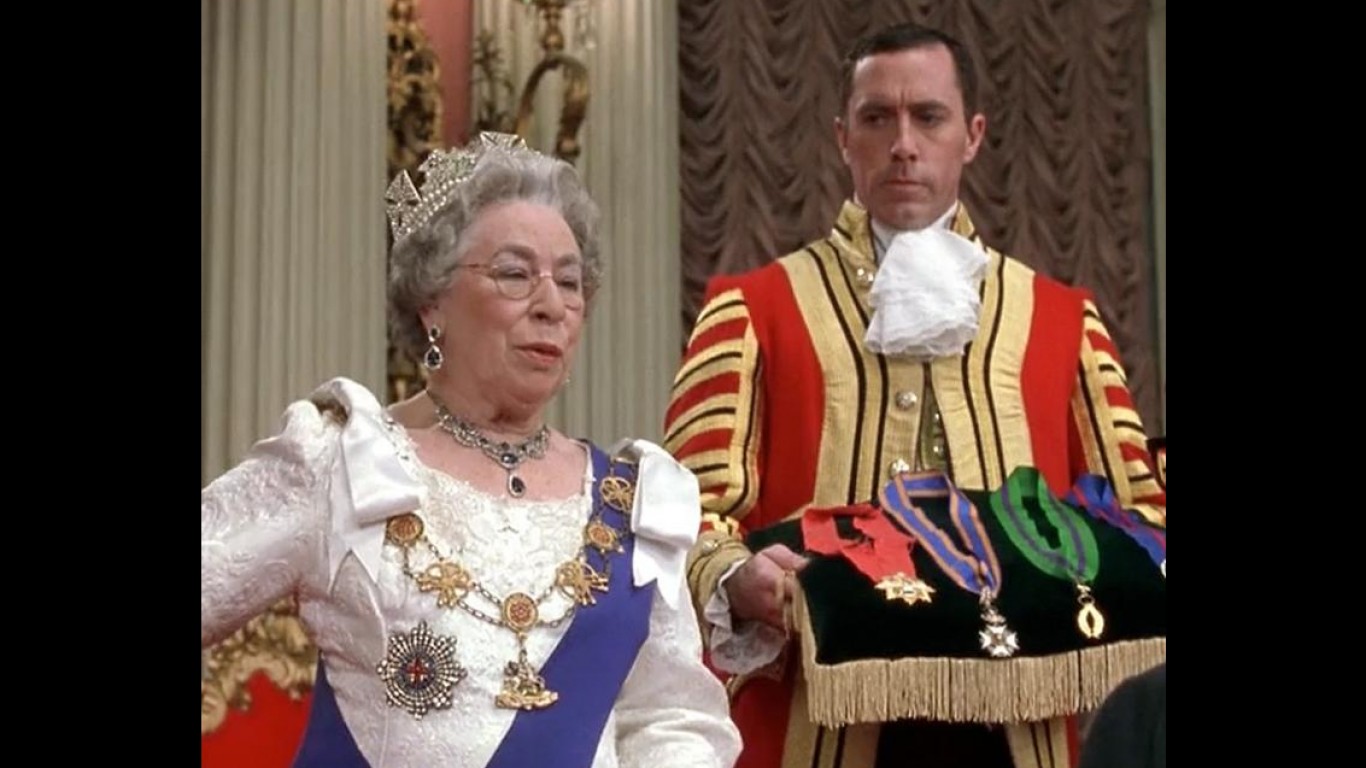 Jeannette Charles
> Movie: Austin Powers in Goldmember (2002) and various others
> Movie IMDb rating: 6.2 out of 10

Jeannette Charles is a retired British actor who is best known for portraying Queen Elizabeth II in dozens of productions. In fact, Charles played the queen in so many movies – in part due to her resemblance to the late monarch – that she was known as the queen impersonator. Charles’ career as the queen on TV and movies spans some 40 years and includes movies such as “Queen Kong,” “Is there a cop to save the Queen?” and “Austin Powers in Goldmember.” 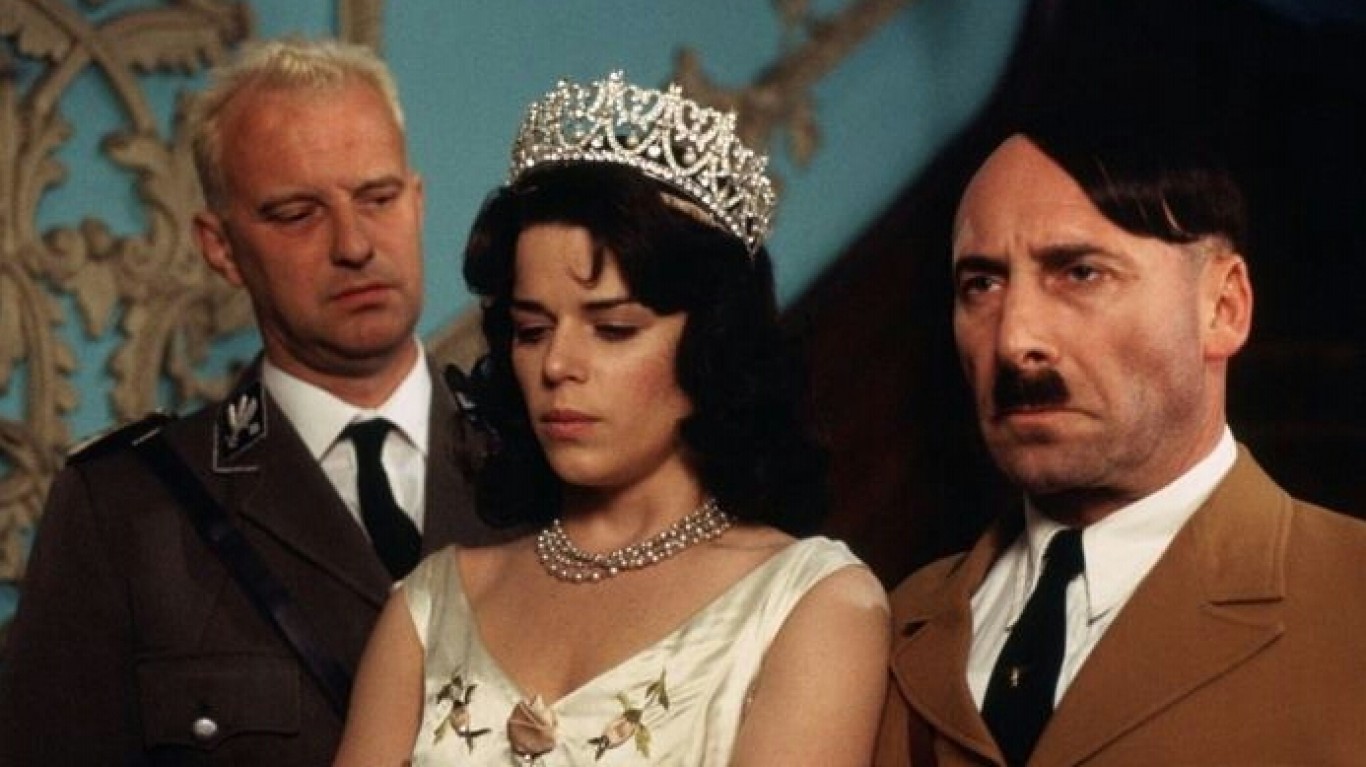 “Churchill: The Hollywood Years” is a parody. In the film, Neve Campbell plays Princess Elizabeth who helps an American soldier named Winston Churchill save the monarchy from Adolf Hitler, who has just moved into Buckingham Palace. (In the movie, Churchill claims the man with the same name who is the prime minister is actually an actor.)

24/7 Wall St.
The Most Important Event in the Life of Queen Elizabeth in Every Year of Her Reign 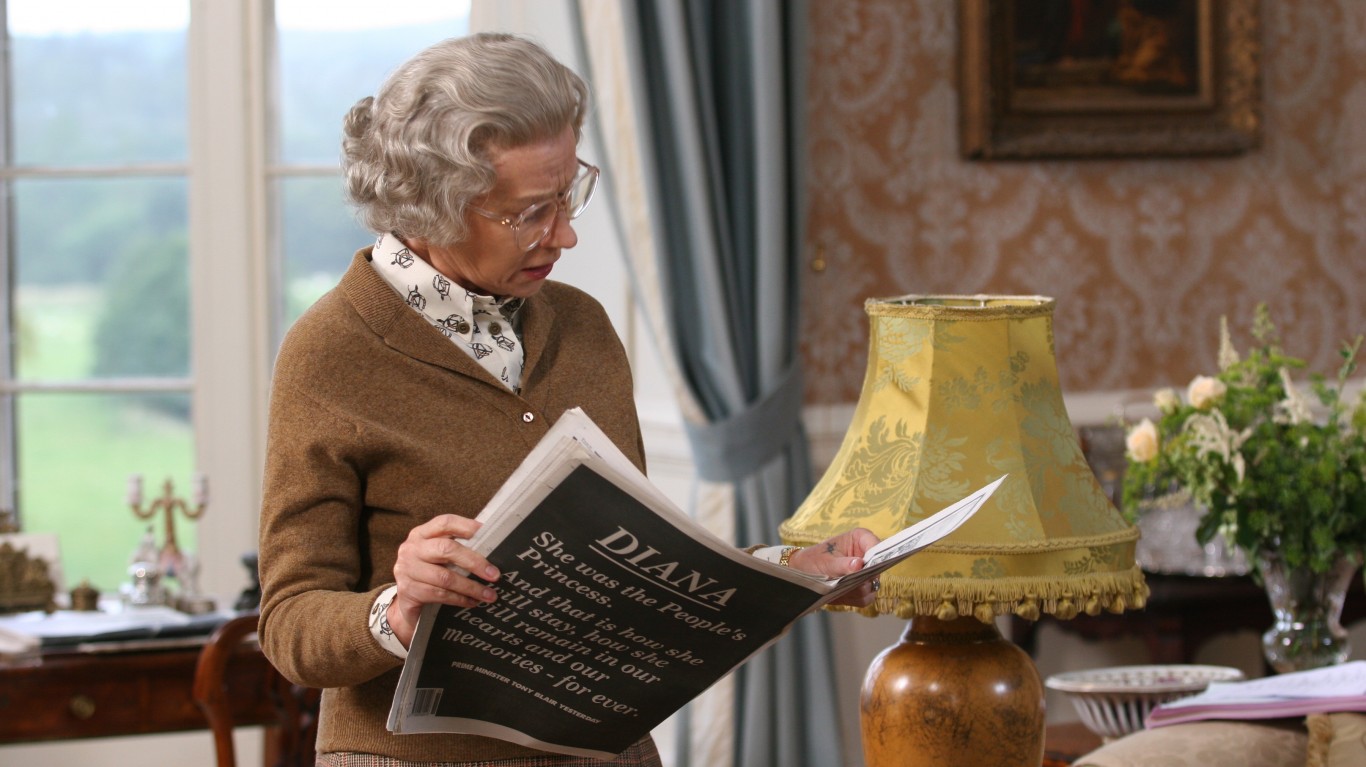 Helen Mirren won an Oscar for portraying the queen in the 2006 movie. The film covers Queen Elizabeth’s reaction to Princess Diana’s sudden death in a car accident in the days and weeks that followed Diana’s death. The film was nominated for a total of six Oscars, including Best Picture. 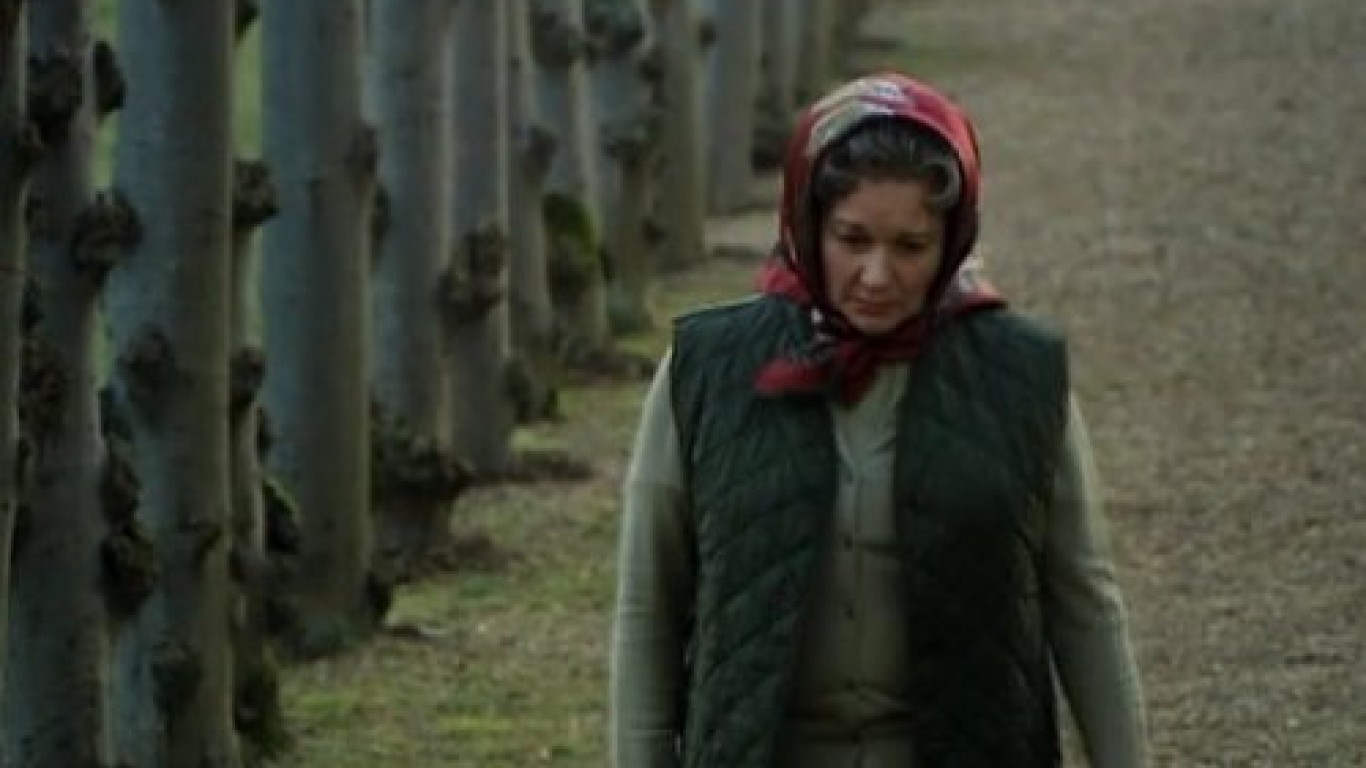 The TV docuseries “The Queen,” which includes archival footage in addition to dramatic recreations, premiered on U.K.’s Channel 4 in 2009, and it featured five actors who played Queen Elizabeth at different stages of her reign. Barbara Flynn was one of them. She portrayed the queen in 1992, a year marked by several divorces and separations in the royal family. 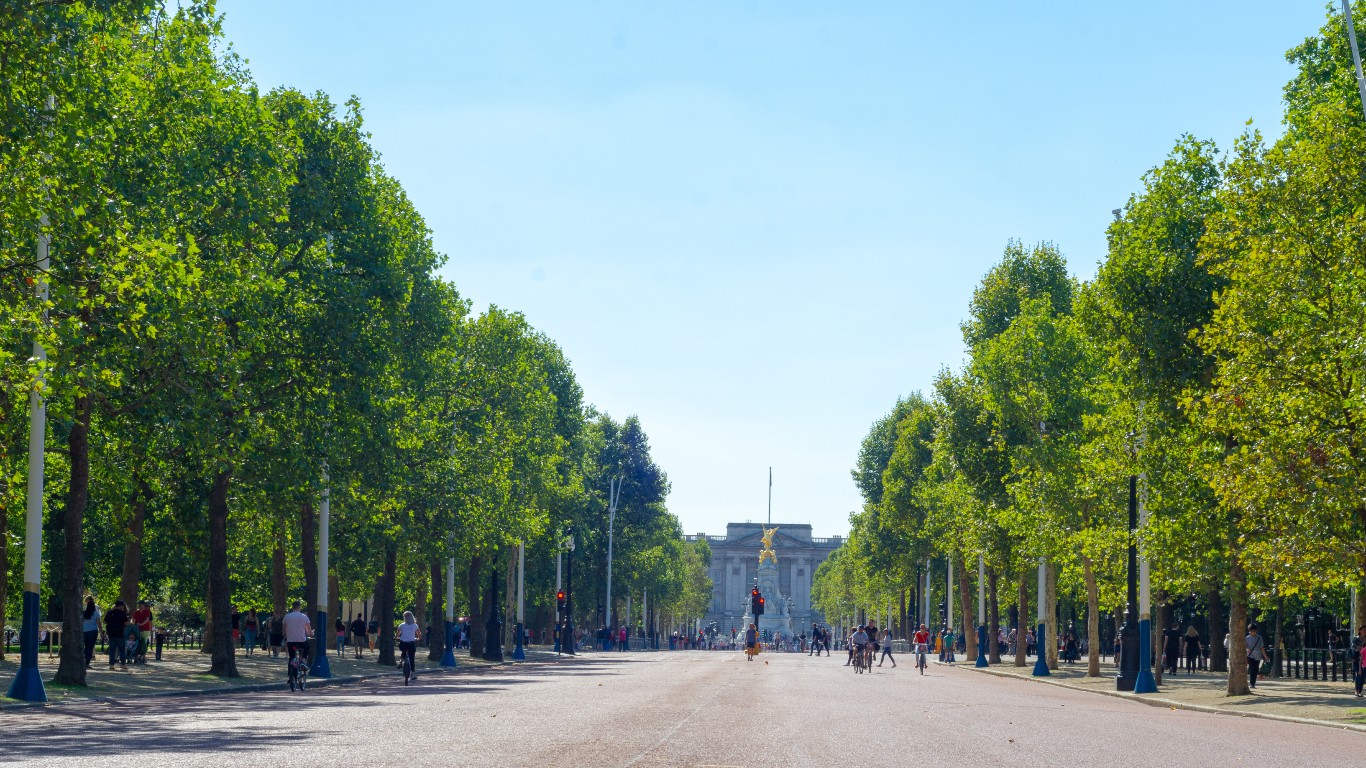 Samantha Bond played Queen Elizabeth in the docuseries during the 1970s. The period is best known for civil riots across the country, terrorist attacks (some set up by the IRA), and attempted kidnapping of Princess Anne.