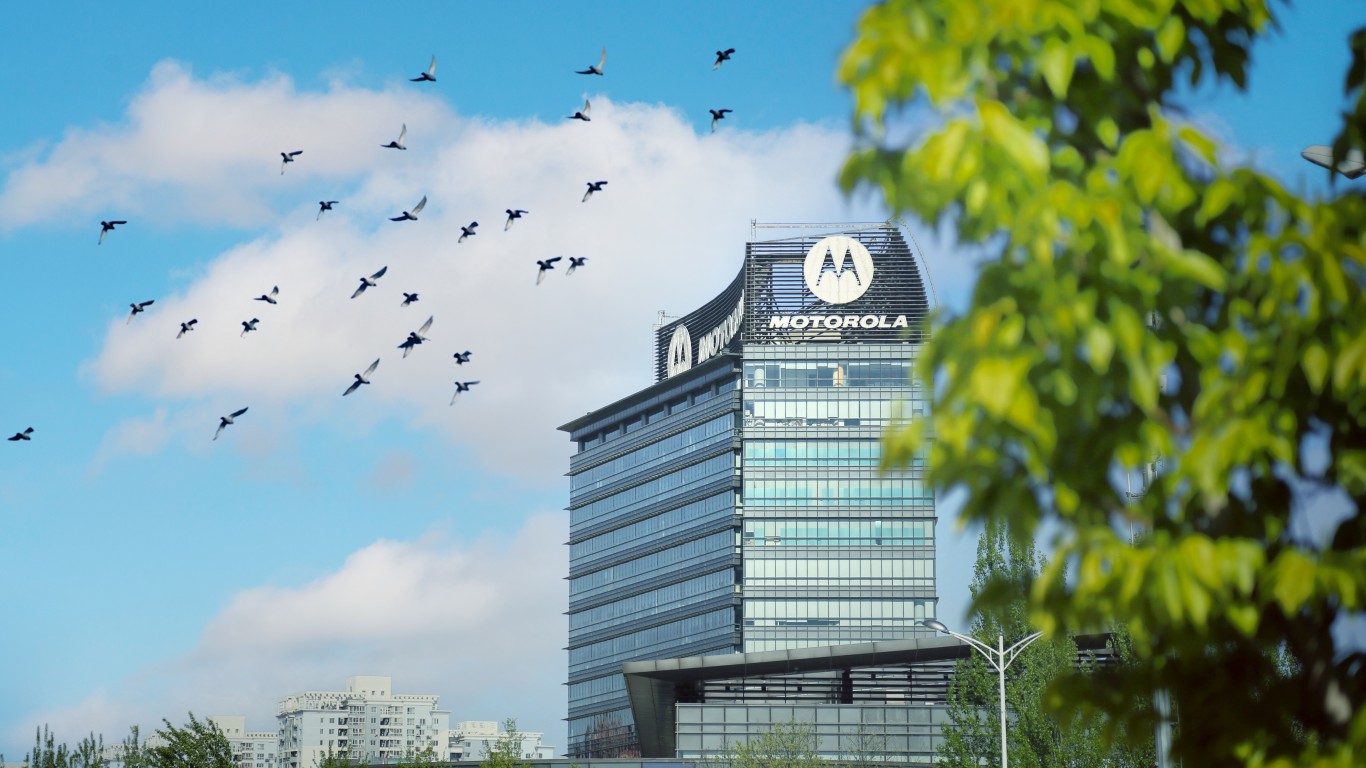 In 1928, two brothers incorporated Motorola’s founding company. One of the first products was the Motorola car radio, as founder Paul V. Galvin created the brand, linking “motor” (for motorcar) with “ola” (which implied sound), meant to convey sound in motion. In 1947, the company became Motorola, Inc., and in 1983, it introduced the world’s first commercial handheld cellular phone, the Motorola DynaTAC phone.

In 2011, Motorola, Inc. separated into two independent companies: Motorola Solutions, Inc., which served enterprises and government customers, and Motorola Mobility, Inc., which made mobile cellular devices and cable video management equipment. The latter was acquired by Google for $12.5 billion in 2011 and subsequently sold to Lenovo in 2014 for $2.9 billion. Lenovo also bought IBM PC (No. 10) 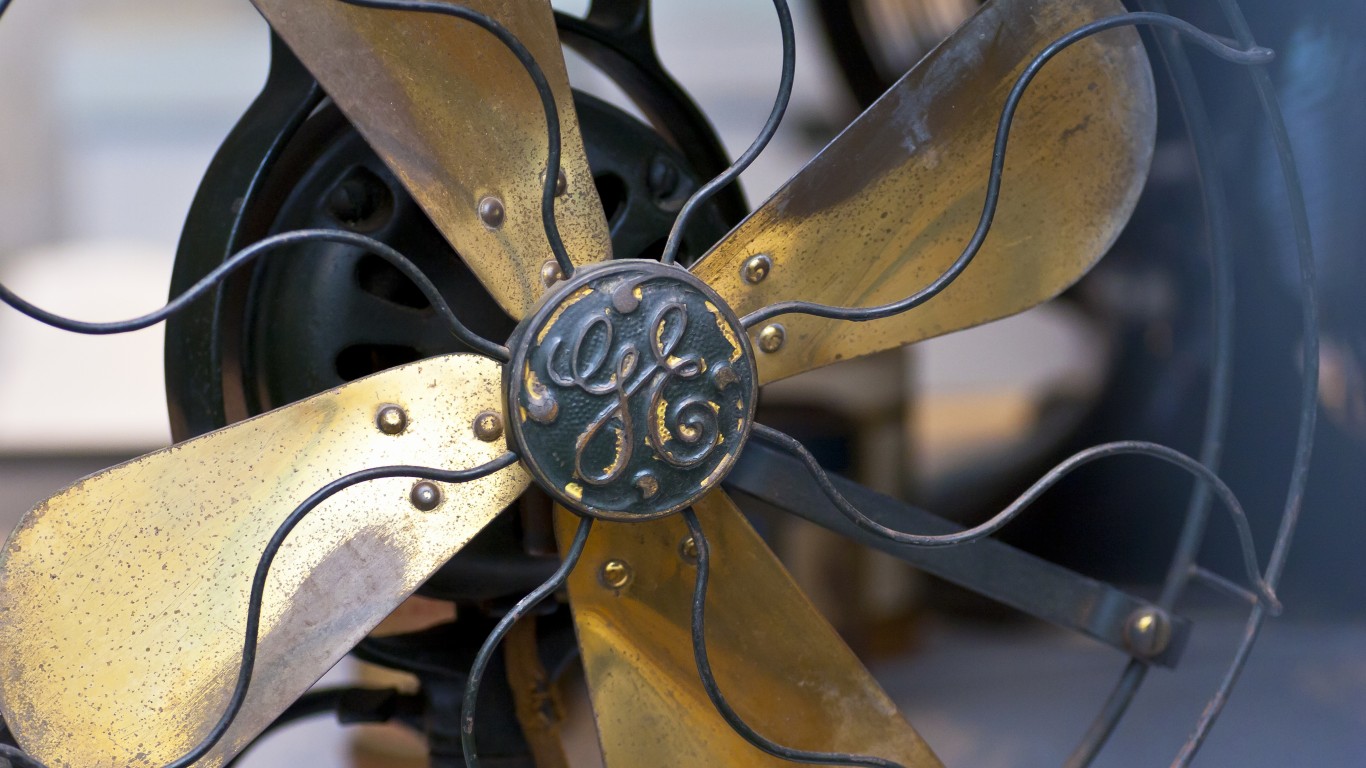 In 1889, the company that Thomas Edison founded joined with two others to form Edison General Electric. The storied conglomerate, which would end up owning businesses in diverse industries, patented the first electric fan in the 1890s, and by 1905 was making electric refrigerators, irons, and sewing machines. It began manufacturing a line of cooking appliances in 1907.

But GE has been shifting its focus over time from traditional businesses such as appliances to higher-technology areas such as medical equipment and clean energy. It sold GE Appliances to Chinese home appliance maker Haier Group for $5.6 billion in 2016. 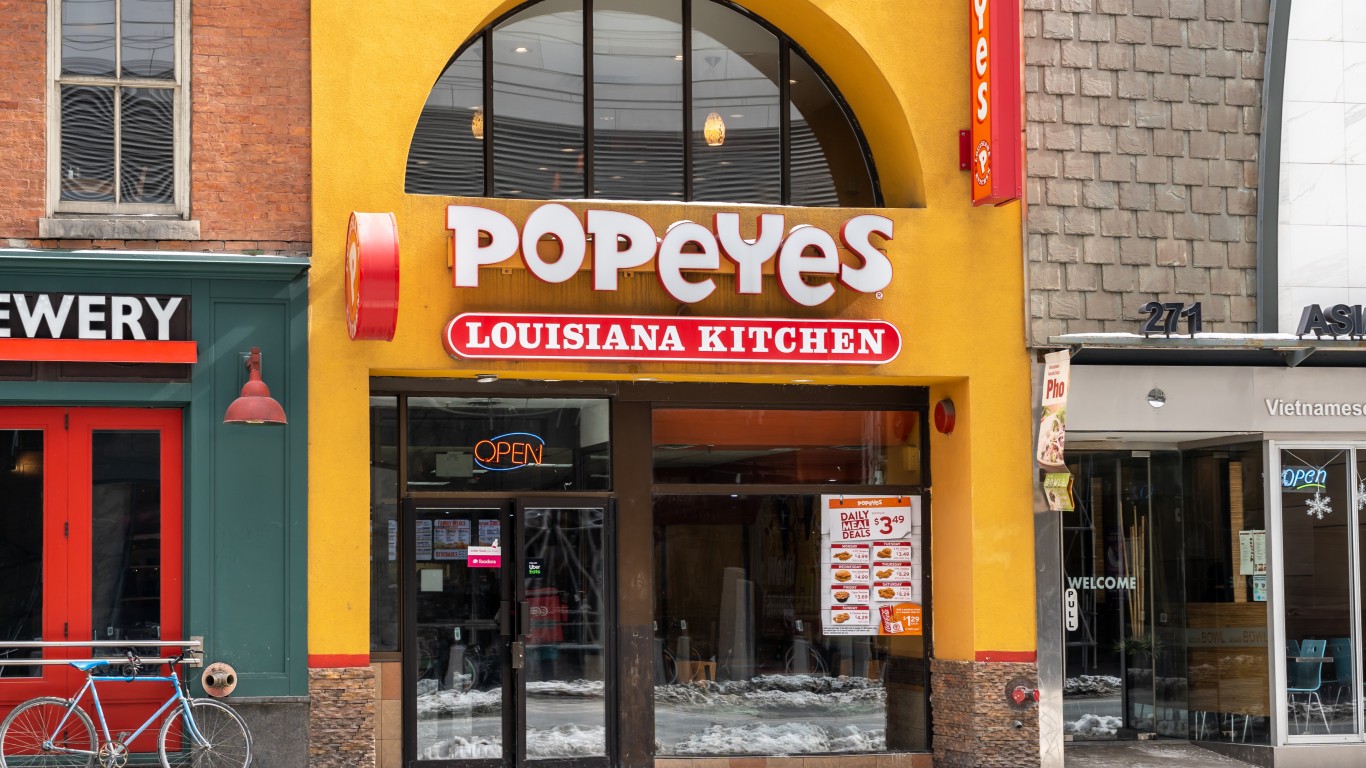 Founder Alvin C. Copeland Sr. opened the first Popeyes (named after detective “Popeye” Doyle of “The French Connection”) in the New Orleans suburb of Arabi in 1972, serving spicy, New Orleans-style chicken. By 1985, Popeyes opened its 500th restaurant, expanding internationally as well, and by 2011 it opened its 2,000th location.

Already the owner of American brand Burger King (see No. 20), Restaurant Brands International Inc. agreed in February 2017 to buy Popeyes Louisiana Kitchen Inc. for $1.8 billion. The deal closed two months later. At the time of the deal, Popeyes had more than 2,600 locations, most in the U.S. 3G Capital has a 29% stake of RBI, according to an April proxy statement. 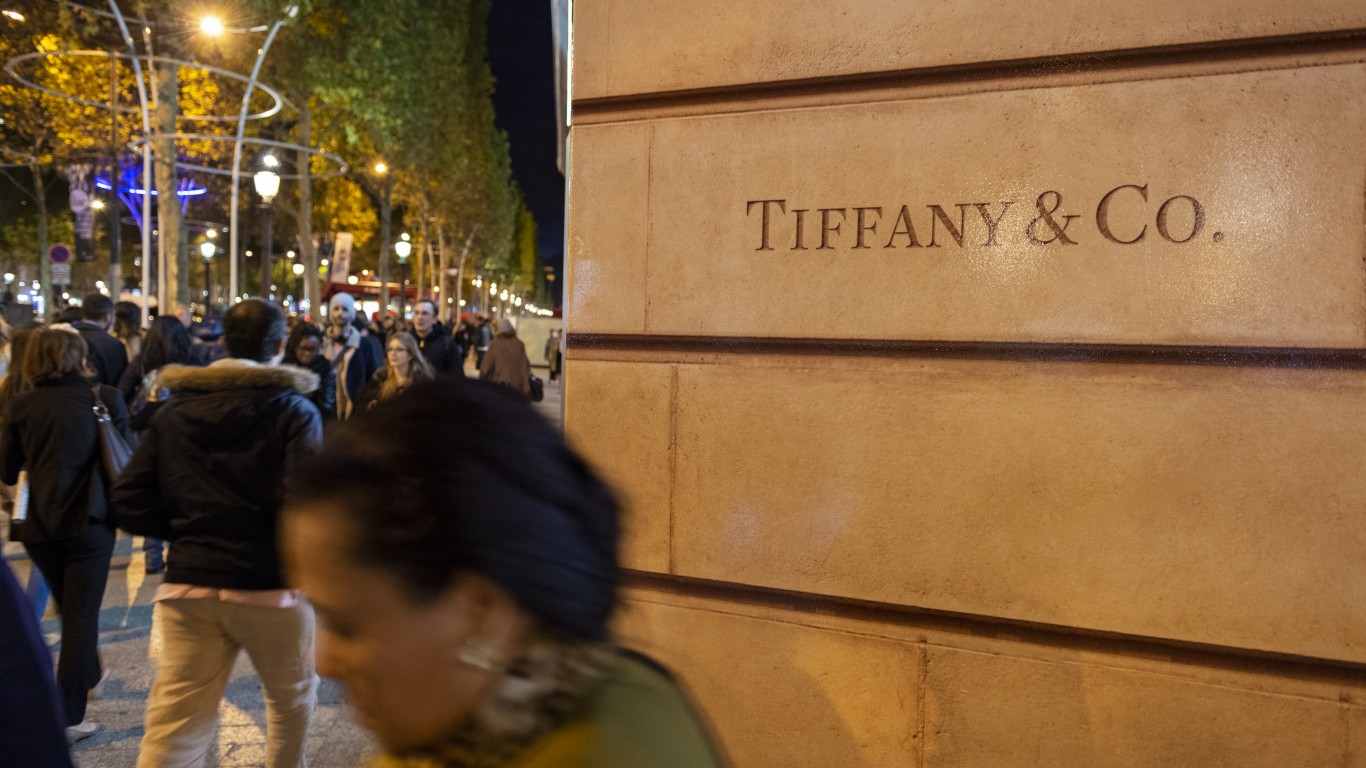 The oldest company on the list has relatively recently changed hands to foreign owners. The iconic brand dates back to 1837, when Charles Lewis Tiffany and his partner, J. B Young, opened a “stationery and fancy goods” store on Broadway in New York. Tiffany took control of the company in 1853 and renamed it Tiffany & Co. The company flourished, becoming one of America’s most iconic brands and arguably the world’s most famous jeweler.

Over 180 years after its beginning, France’s LVMH Moët Hennessy Louis Vuitton, the world’s largest luxury goods company, agreed to buy Tiffany in a $16.2 billion deal, the largest ever in the luxury sector. The deal was to close in the middle of 2020, but then the COVID-19 pandemic hit and a dispute between the two companies ensued. In October that year, the two companies agreed to a reduced value, $15.8 billion, and the deal closed in January 2021. Interestingly, 2021 was reportedly a year of record-breaking growth for Tiffany, benefiting the new owners. 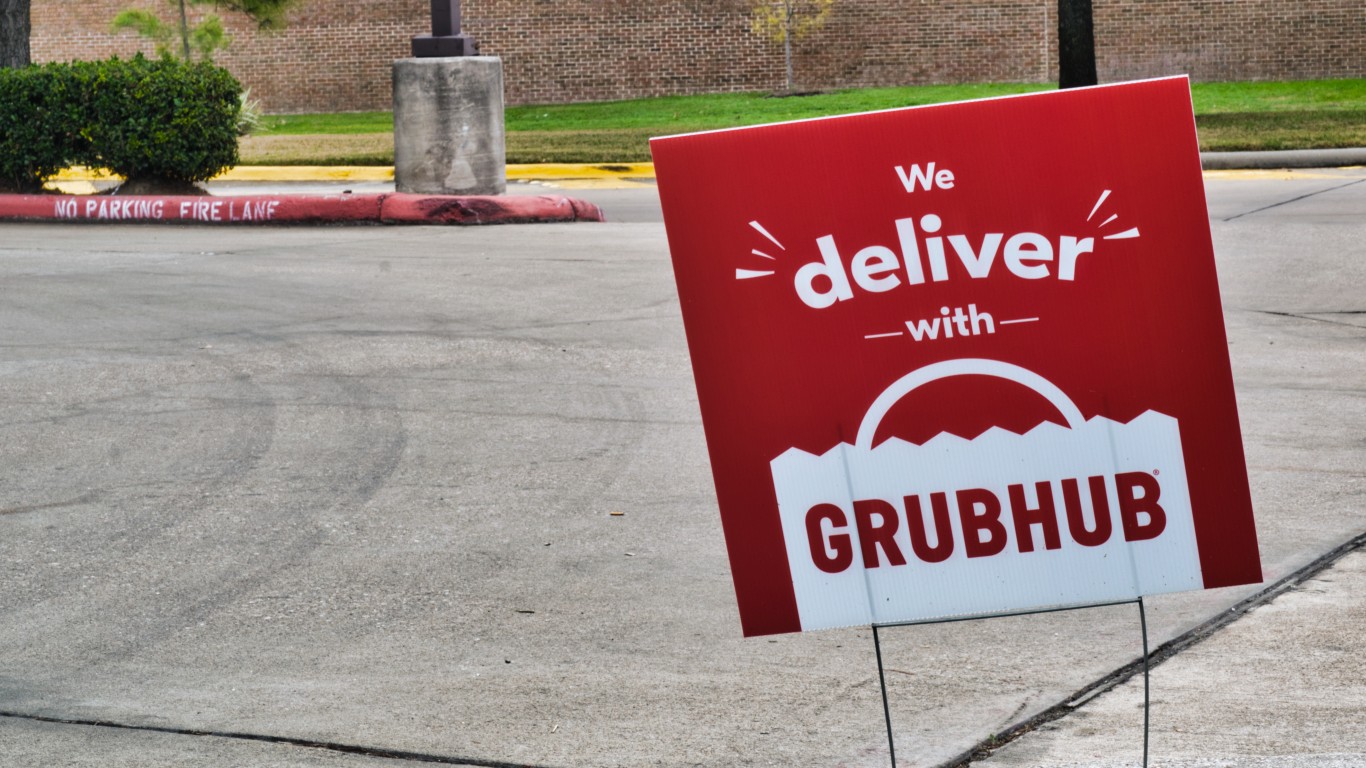 Though it may now seem like online food ordering was always around, especially throughout the pandemic, it is a very young business. And the youngest company on the list, GrubHub, has managed to build a recognizable brand in its relatively short existence.

Two web developers founded the company in 2004 to create an alternative to paper menus. Through funding and acquisitions in the budding business of online food ordering, the company debuted its platform in 2012. A year later, in 2014, GrubHub went public. In April 2020, Just Eat Takeaway.com agreed to buy Grubhub for $7.3 billion. The deal closed in June 2021. Since April 2022, however, there have been reports Just Eat Takeaway.com is looking to sell GrubHub at a much lower price.