Alka-Seltzer was introduced in 1931, following reports that during the flu epidemic of 1928 a mixture of aspirin and baking soda was used to positive effect. Chemists at Miles Laboratories then created the antacid tablets – which include aspirin, sodium bicarbonate, citric acid, and flavoring agents in a form that reacts with water. The classic commercials of “Plop Plop, Fizz Fizz” followed, and Miles Laboratories sales soared.

In 1979, Bayer AG, at the time a big West German chemical company, offered to buy Miles in a deal worth $216 million, the New York Times reported. The iconic American brand, along with other Miles standbys, including One-a-Day and Flintstones vitamins, has been owned by Bayer since. 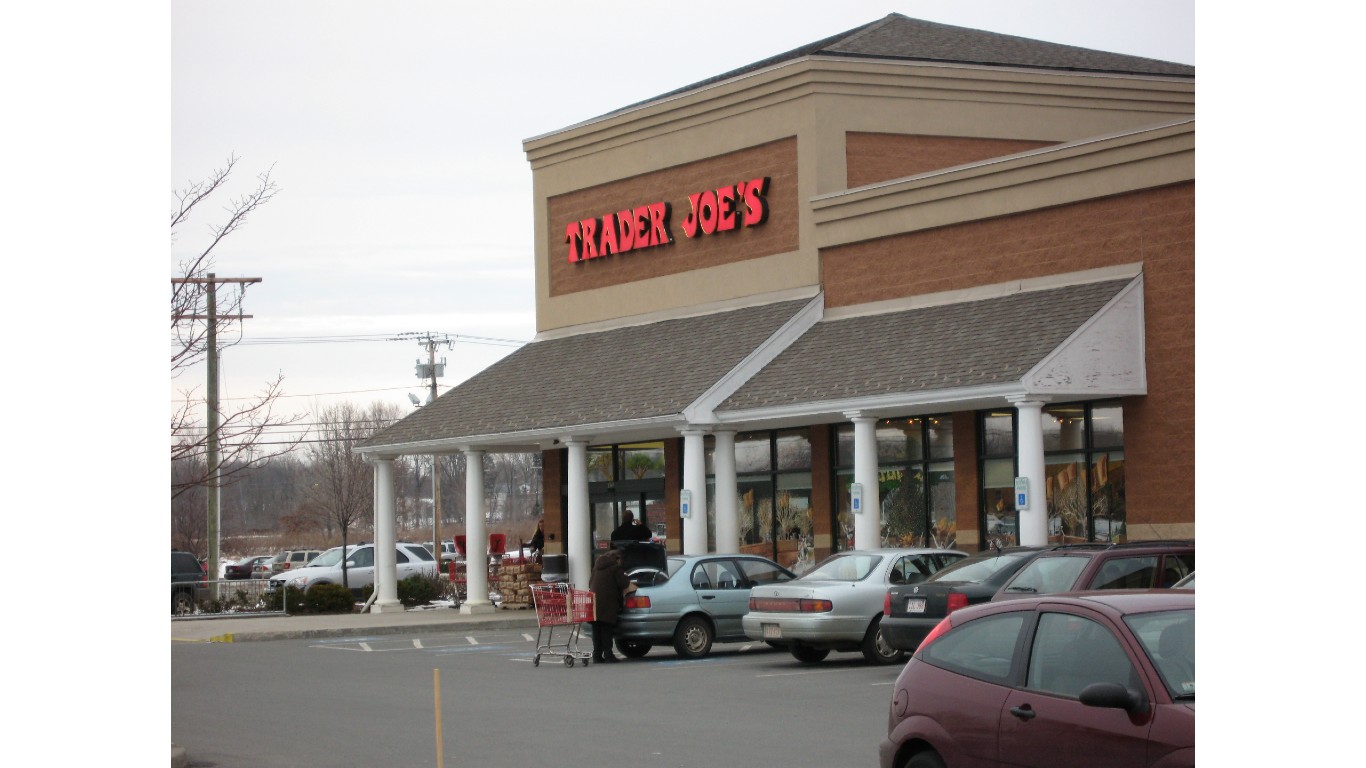 The quirky grocery store chain that has almost a cult-like following is privately owned. As such, information is somewhat limited and we have largely relied on reported accounts. We know that founder Joe Coulombe (yes, there was an actual Trader Joe), who had launched a small chain of 7-Eleven competitors called Pronto Markets, opened the first Trader Joe’s in Pasadena, California, in 1967 with the aim of catering to the growing number of consumers that mainstream supermarkets were ignoring. In the 1970s, the chain began to capitalize on the health food craze, and developed an increasing number of private labels. It also sold bargain wines, eventually including the famous Two-Buck Chuck.

In 1979, Coulombe sold Trader Joe’s to the family of Theo Albrecht, who owned the German-based Aldi Nord grocery chain in Europe (not to be confused with the U.S.-operated Aldi Süd, owned by the family of Karl Albrecht, Theo’s brother.) According to the data company ScrapeHero, there are now 560 Trader Joe’s locations in 413 cities across 43 states and U.S. territories.

ALSO READ: These Companies Control Over 50% of Their Industry 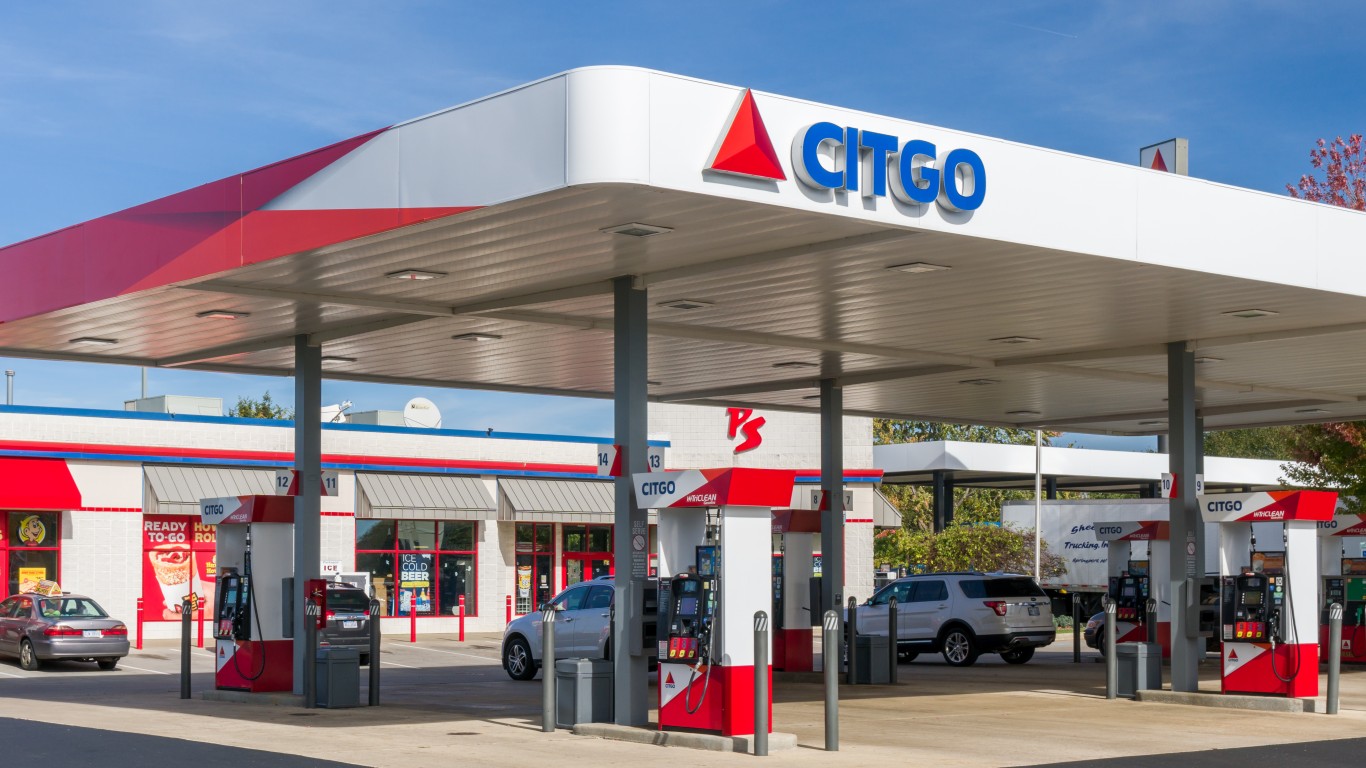 Citgo traces its beginnings to the founding of Cities Service Co. in 1910 by American businessman Henry L. Doherty. In 1965, Cities Service changed its name to Citgo. The company changed hands a number of times until in 1986, state-owned Petróleos de Venezuela, S.A. bought about 50% of Citgo, acquiring the other 50% in 1990.

Business had boomed during the 1990s, and oil revenue from PDVSA made up as much as half of Venezuela’s budget, according to the Washington Post. But political upheaval in the country and strained U.S.-Venezuela relations led to the Trump administration imposing additional sanctions, specifically on PDVSA, freezing its access to assets in the U.S. This may have contributed to the collapse of the country’s economy in 2019 and 2020, according to the Council of Foreign Relations. The Biden administration is considering easing some sanctions. 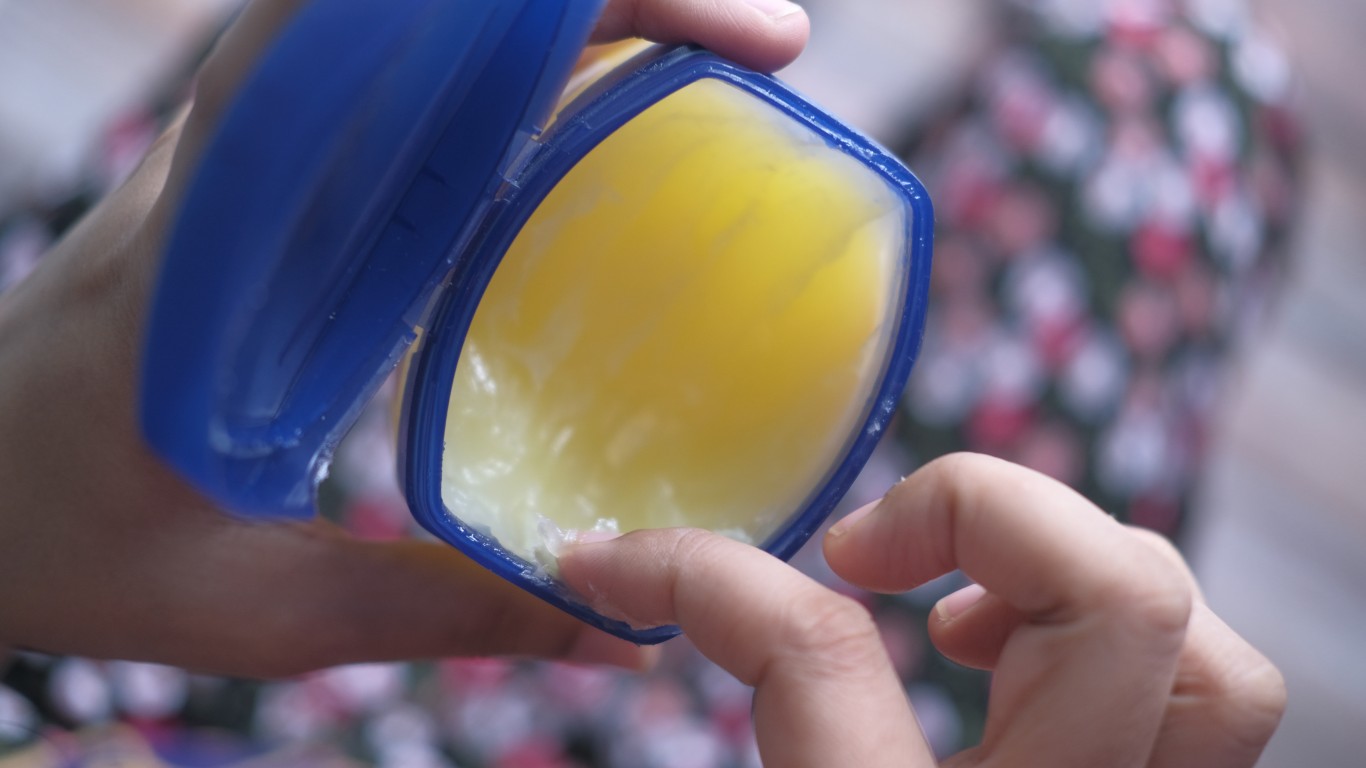 The Vaseline story begins in 1859, when young chemist Robert Augustus Chesebrough of Brooklyn discovers the skin-protecting properties of petroleum-based jelly on a trip to the oilfields of Pennsylvania. After years of testing extracting techniques, the brand was born in 1870. Soon, the product was selling across the U.S., and manufacturing and sales began in other countries as well.

In 1955, the Chesebrough Manufacturing Company acquired Pond’s Extract Company to become Chesebrough-Ponds, Inc., and in 1987, Unilever bought the company in a deal worth, $3.1 billion at the time, according to The New York Times. 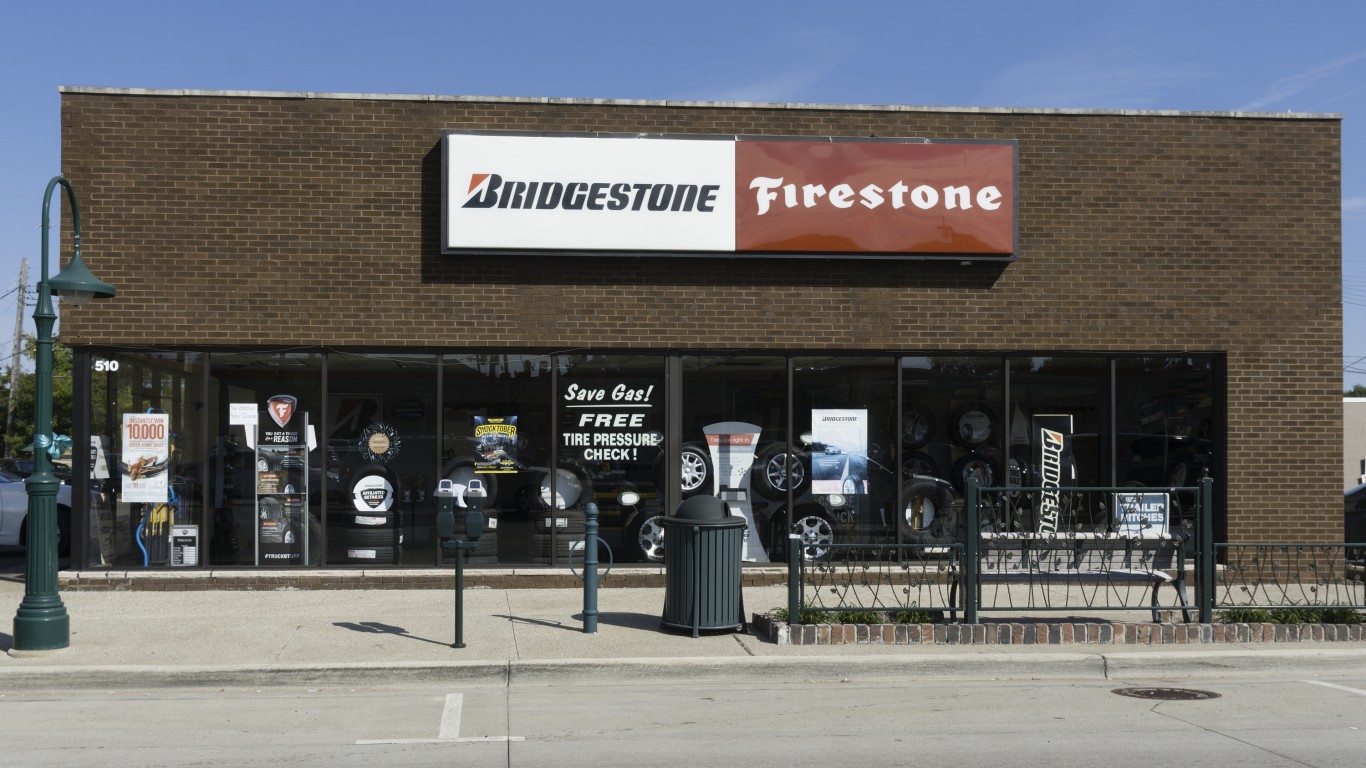 With its origin in 1900, Firestone has become a household name. The company was founded by Harvey Firestone in Akron, Ohio, growing from a small manufacturing plant to an enterprise with sales surpassing $1 million in 1906. In 1988, the Bridgestone Tire Company Ltd., founded in Japan in 1931, acquired what had become the Firestone Tire & Rubber Company in a $2.6 billion deal.