Google Gets Aggressive in Artificial Intelligence 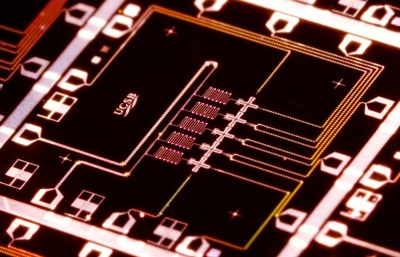 Source: University of California - Santa Barbara
Journalist and writer Hunter S. Thompson once observed, “When the going gets weird, the weird turn pro.” To most of us there is nothing weirder than quantum physics, and now, it seems, Google Inc. (NASDAQ: GOOG) is turning pro.

The search engine company said on Tuesday that it will begin work on designing and building new quantum information processors based on superconducting electronics. The company’s goal is to expand artificial intelligence technologies. The work will be led by University of California — Santa Barbara physicist John Martinis, who has worked on quantum computing since 2002.

The physics of quantum computing is, as the scientists might say, straightforward. The problem is reliability. Because a quantum bit of data — called a qubit — exists in all of its theoretical states at the same time, it possesses awesome potential power. However that very power makes the quantum device very unreliable, compared with computer hardware as we now know it.

What Martinis and his group have shown is that a five-qubit array can be made reliable, and now the work will be directed at reducing the error rate to less than one in 1,000 across the processor’s quantum gates. One of the team’s researchers said earlier this year, “The intrinsic physics of control and coupling won’t have to change but the engineering around it is going to be a big challenge.”

Martinis will be an employee of both UCSB and Google at a new Quantum Artificial Intelligence Lab at the university. Google paid some $400 million in January for British artificial intelligence firm Deepmind, a firm specializing in algorithms and machine-based learning protocols for e-commerce software, simulations and games, according to ZDNet.