Nokia Gets Into Connected Car Business 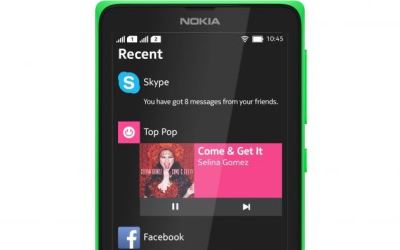 Source: courtesy of Nokia Corp.
Nokia, and by extension, its parent Microsoft Corp. (NASDAQ: MSFT), have entered the “connected” car business. The trend has become a land rush that now includes dozens of software, hardware and car manufacturers. Nokia’s investment is fairly small, and it may not be enough for the handset manufacturer to be much of a player. This is particularly true because the investment is from a venture capital approach and not a direct initiative by Nokia.

Nokia today announced the launch of a USD 100 million Connected Car fund to be managed by Nokia Growth Partners (NGP). The fund will identify and invest in companies whose innovations will be important for a world of connected and intelligent vehicles.

Nokia is already a major player in the automotive industry providing location intelligence for connected vehicles through HERE. The NGP fund, working closely with HERE, will seek to make investments that also support the growth of the ecosystem around HERE’s mapping and location products and services.

Like most other areas of the tech sector, there will only be a very few winners in the connected and driverless car business. It is hard to see how Nokia would be one of them. Unlike Ford Motor Co. (NYSE: F) and Tesla Motors Inc. (NASDAQ: TSLA), which have already built large initiatives because cars are their only business, to Google Inc. (NASDAQ: GOOG), which has almost unlimited funds to attack any market, Nokia is barely a footnote in the world of connected devices of any kind. And for years these companies have been part of the movement to cars that rely less on drivers and more on technology. Nokia is late as well as being small.

Nokia does need initiatives to prove it can remain relevant in wireless communications. However, its only chance at this is to stay close to its primary business, which has already been damaged. Moving far away from its basics only subtracts from what Nokia needs to remain part of the connected world at all.

This Is The Best City In The U.S. To Own An Electric Car

This Is The Car Company With Best Reputation